In our mission to bring you every facet of the new car market, context is everything. While Australians predominantly buy small hatchbacks, SUVs and one-tonne utes, it is still vitally important to know exactly what’s out there.

By examining every corner of the marketplace it’s possible to get a better understanding of value and choice when it comes to selecting a new car. So here’s one from just about the highest end of the market – a Rolls-Royce. 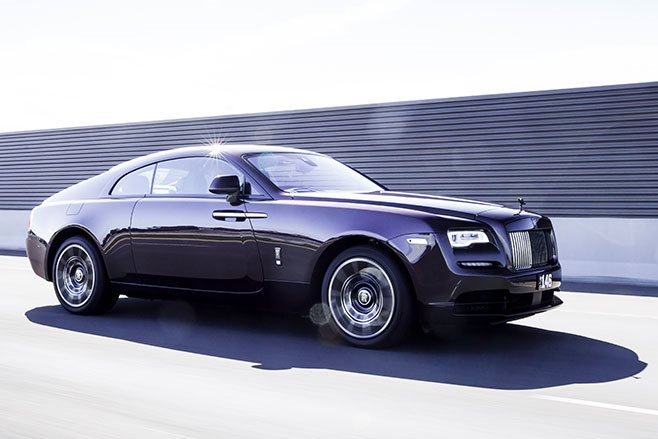 You don’t have to regard yourself as a car person to recognise the Rolls-Royce brand. Nor do you need to be awarded petrolhead status to understand what someone means when they describe something as the Rolls-Royce of lawnmowers, food processors, or double divan beds. They mean it is the very finest.

But does the iconic British car-maker still deserve that reputation as the authority in luxury and quality after 115 years in existence, and when some other more recent brands claim to do it as well if not better?

This is the Wraith – the company’s coupe and the car it says focusses most on the enjoyment of driving. It’s also the model that pulls a greater share of the younger and female audience. 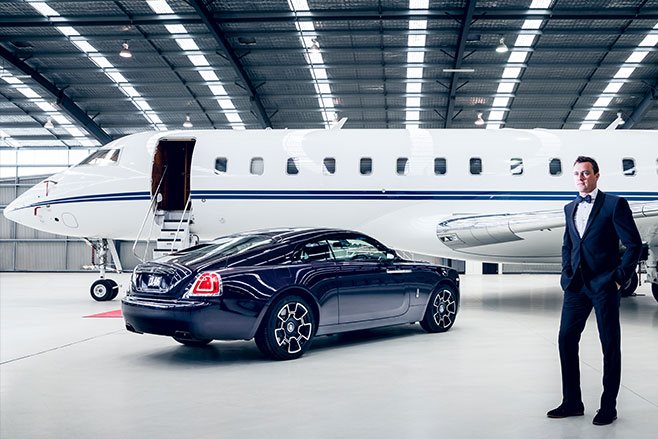 An entry-level Wraith will cost you $645,000 but the more exclusive Black Badge version adds another $90,000 to that starting price. Also, bear in mind that Rolls-Royce has hardly ever sold an ‘off-the-shelf’ version of anything with many of its customers tucking into the extensive – perhaps endless – list of customisation options.

Our car had a couple of extras thrown in, which took the retail figure up to $850,000 while taxes and delivery fees inflate that figure well into the $900k realm. 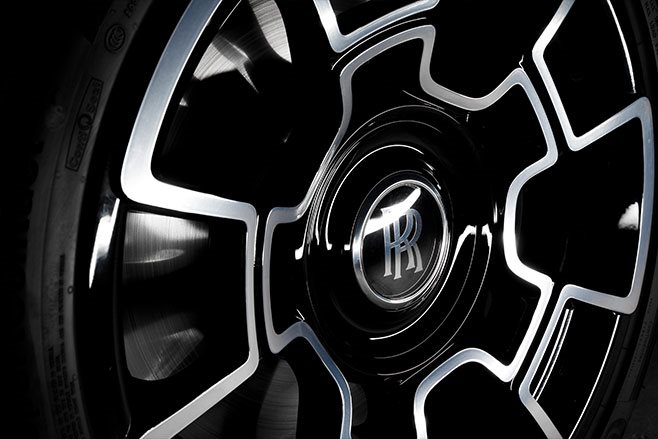 The model’s driver-focused attributes have also been fettled too with a more ‘dynamic’ suspension setting and 70Nm extra taking peak output from the 6.6-litre turbo V12 to a massive 465kW/870Nm.

Here’s what it’s like to spend some time with a car that nudges a million dollars.

In a word, special – something you realise from the second you behold the Wraith’s giant but elegant proportions, pop the ‘suicide’ door and hop into its opulent cabin. Some luxury car interiors appear to be embellished versions of more affordable variants (or sometimes lesser models in a mainstream brand line-up) – often because that’s exactly what they are.

Not the Wraith though. There’s no such thing as a boggo Rolls and you can instantly tell that the inside of this brand’s cars is done differently. Some may interpret the purity of simple gloss black switches as underwhelming, or the typeface used to label them a little plain, but a different approach would rapidly escalate into ostentatious bling. 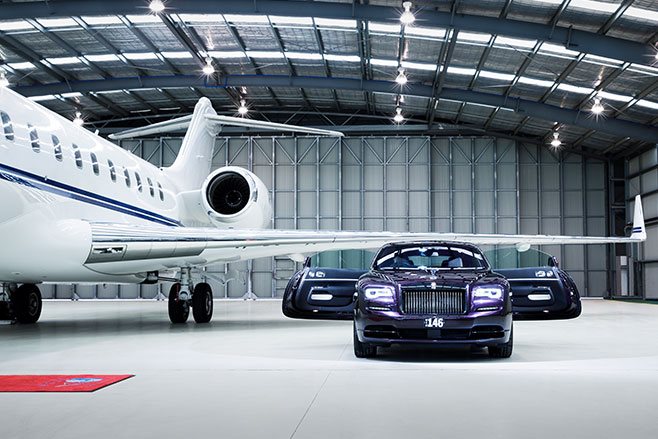 Indeed, with a little customisation, you can have your Wraith decked out with extra fancy Juglans Regia walnut and gilded everything to mimic an Emirates first-class pod, but the Black Badge treatment is wonderfully restrained and understated without losing the sense of occasion.

Instead, there’s carbon composite (excuse me – ‘technical fibre’) in a weave-pattern we’ve never seen before, interwoven with a fine aluminium wire, black leather that’s as supple as a surgical glove, and a frankly stunning starlight headliner, which decorates the ceiling of the car with pinpricks of white LED light. Okay, it’ll add about another $25k to the bottom line, but you won’t be able to resist once you’ve experienced its incredible glow at night. 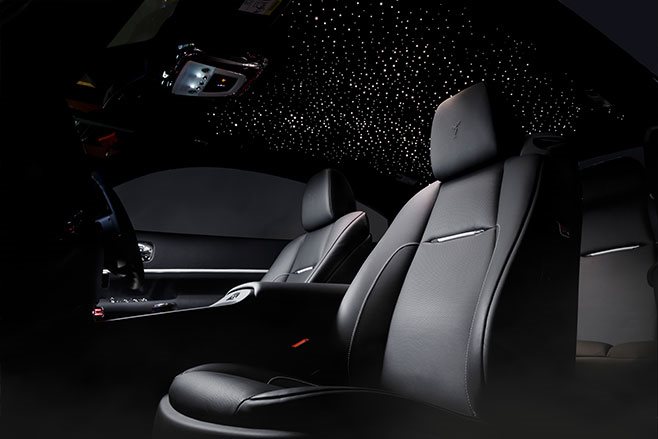 But let’s not forget that this is the model and variant Rolls-Royce says is it's most driver-focused.

At cruising speeds, the Wraith’s suspension is among the most astonishing we’ve ever experienced. Air springs appear to eliminate significant road imperfections completely, along with traffic control furniture at lower speeds. It also wears Continental ContiSilent tyres specially developed for Rolls-Royce to complement the spookily smooth suspension and the resulting ambience is as eerie as its name. The term magic-carpet is frequently misused to describe ride comfort, but it's spot-on in this case.

Equally sophisticated active anti-roll bars maintain an almost completely flat body through corners – commendable, but it doesn’t pair well with the exceptionally light and low-ratio steering. Through fast corners the Wraith appears to have lots of grip but offers minimal communication through the steering to let you know how much is left in reserve.

Rather than carving up hairpins, this monstrous method of transport is far better gliding at high speed and along straighter roads, where you can appreciate its prodigious power that is delivered with incredible manners - 870Nm and 465kW has never been despatched with such little stress.

Oh and as if that wasn’t British enough, there’s no tachometer to tell you how fast the engine is spinning – simply a ‘power reserve’ gauge that politely informs you how many horsepower you can still call upon. 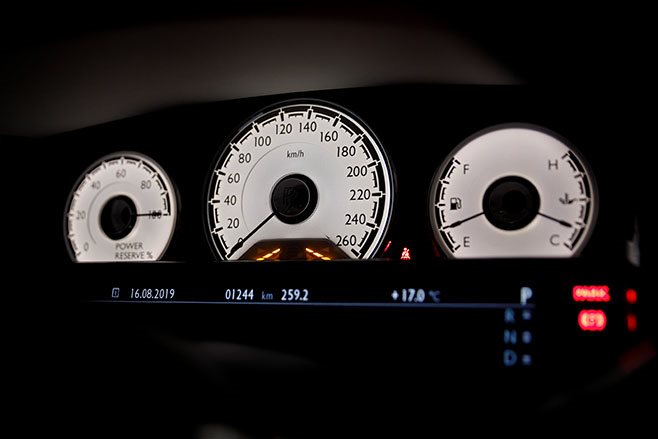 Far better, therefore, to let the Wraith combine its ghostly presence with smouldering performance potential and attract the significant attention it garners everywhere it glides, along with the presidential-class accommodation. The result is a car that makes you feel unbelievably special.

Unlike many similarly priced supercars that constantly remind you of their value with shrieking engines and neurotic driving characteristics, the Wraith is more like a comforting hand on your shoulder. Its profoundly relaxing nature makes it a very easy car to enjoy. There are some occasional reminders of its exceptional status though. 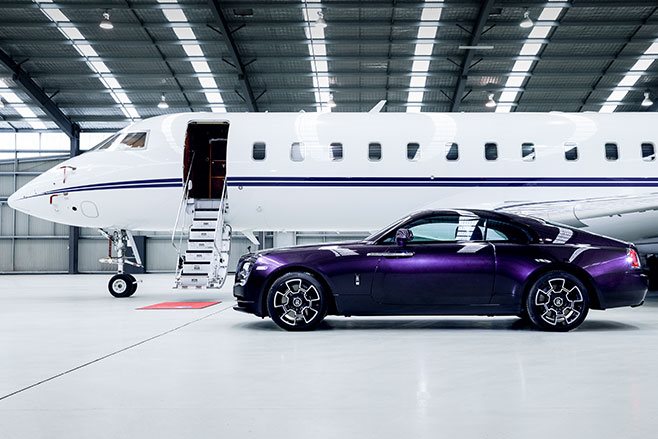 Rolls-Royce may tell you that this is its smallest model, but that’s like saying Everest’s warmest month is July. The Wraith measures in at 5.3 metres long and nearly 2.0 metres wide and that could make it a handful in tighter driving situations, while the length results in a huge 12.7-metre turning circle.

It’s massive engine also has quite a thirst for 98 RON petrol. While a majority of our driving was in suburban and stop-start conditions, the Wraith used an entire tank (about 80 litres) in about 350km. Its maker says about town consumption is rated at 22.2L/100km, which is about correct. Hit the freeway and that’ll drop to about 10.0L/100km. 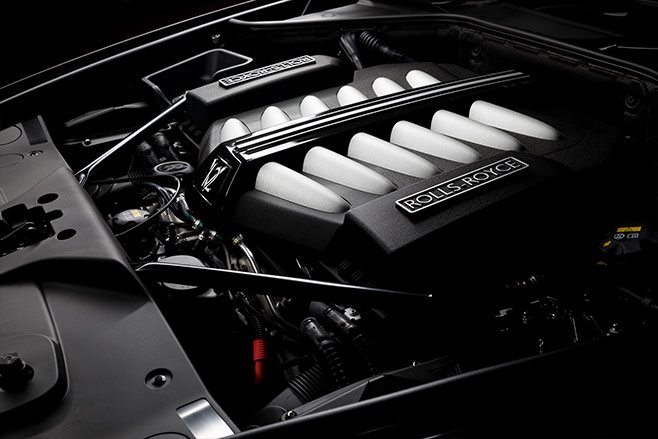 Unlike the Rolls-Royce Ghost and Phantom sedans, the Wraith has just two doors and that invariably impacts the brand’s reputation for looking after occupants in the second row. That’s not to say the rear seats are exactly cattle class, however.

On the contrary, the massive doors make access easier than you might expect and, once aboard, the accommodation is roomy and complemented with more luxury touches. Hop out on a rainy day and the colour-coordinated brollies will pop from the door slam panel, deep-pile lamb’s wool mats keep your feet cosy, and even the white leather-lined side pockets have motion sensors to illuminate the storage area when a hand gets close.

Honestly, though, you’ll want front-row seats in this performance.

With BMW ownership, Rolls-Royce has the German carmaker's technology and electronics to call on for the parts you can’t see, and if you had to pick one supplier in the world you could do a lot worse than the Munich giant.

As a result, the information and entertainment systems are as intuitive as you will find in many other high-end manufacturers, albeit a little dated by the previous-generation 7 Series that many electronics appear to have been donated by. 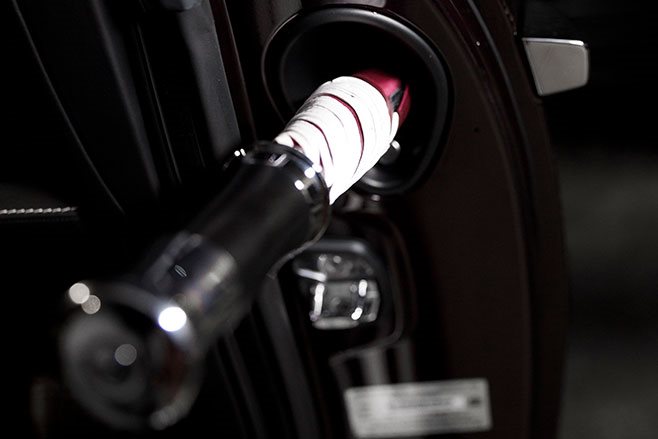 But as is the case with any new vehicle, it is not just the leather, metal and glass of a car that dictates your ownership experience, often your satisfaction comes down to the aftersales care each respective brand offers its customers.

Write out a cheque for one of Goodwood’s finest and you’ll join an impossibly exclusive club that prides itself on the way its members feel about their decision to put a Rolls-Royce on their driveway. 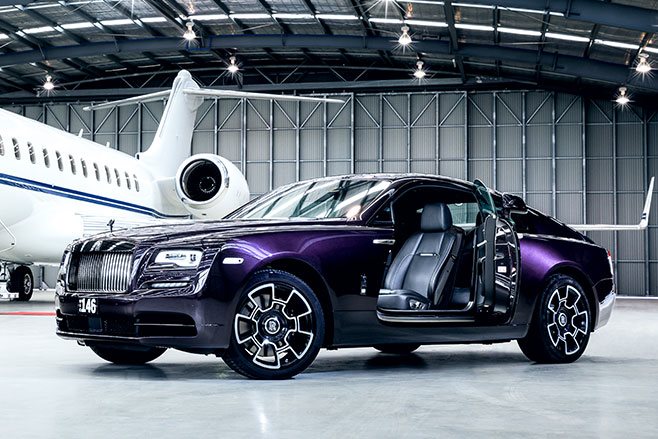 This is perhaps the hardest question to answer, but let’s try to put it into perspective with an analogy.

For $20 you can buy a half-decent bottle of wine – let’s say it represents the $20,000 entry-level Hyundai i30 Go – a very respectable budget option. Increase your wine budget to $40, though, and suddenly you are drinking the wheeled equivalent of a $40,000 BMW 1 Series.

It’s fair to say that most red drinkers could quickly identify the key differences between a budget bottle of plonk and a red that costs double, in exactly the same way that an average driver can tell an affordable hatchback apart from a German premium brand entry-point.

But everything changes when you apply the same logic to the luxury end of the car market. BMW (which conveniently owns Rolls-Royce) will sell you it's very fast, very comfortable and quite beautiful M850i Coupe for $272,900 – now that’s a serious bottle of red. 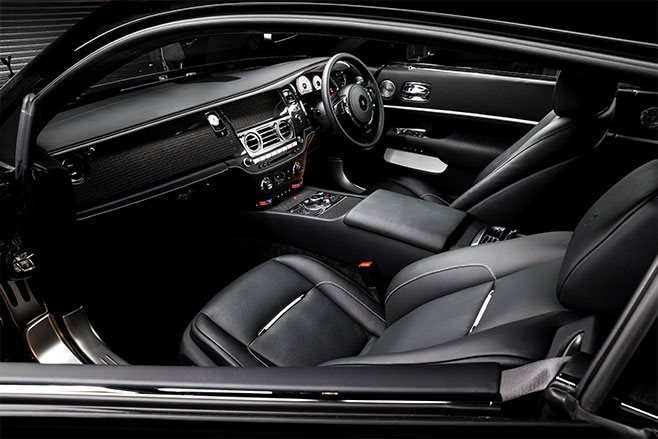 Or, for almost four times that amount, you could have the Wraith we tested. Both get to 100km/h from zero in the same time, it’s highly unlikely you will see both on the road during the same day, and both are beautifully put together. And yet, one is disproportionally more expensive.

If you think a $1000 bottle of Grange (the Rolls-Royce of Australian wine) is worth the extra cash over a $270 drop and, more to the point, can appreciate the difference, then the Wraith Black Badge is, quite possibly something you might consider. 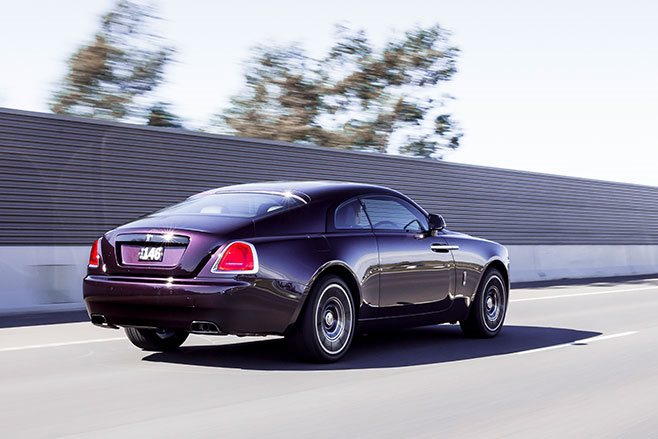 But like the world’s finest wines, it’s hard to quantify luxury goods when they stride so far into the realm of aspirational purchases. If you’ve always wanted to stock your cellar with Chateau Lafite, wear a Patek Philippe on your wrist and drive a Rolls-Royce, then it’s likely nothing else will do. 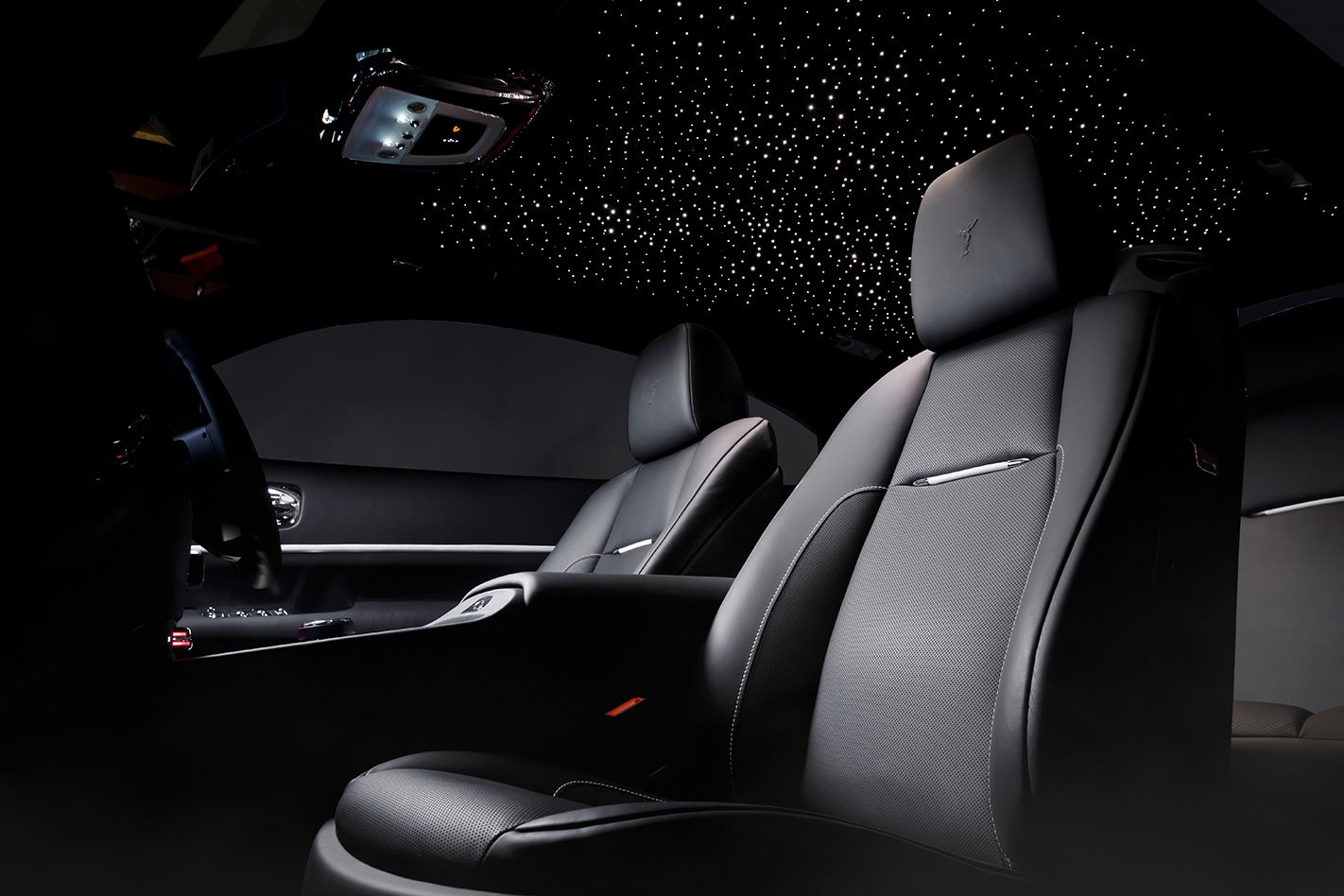 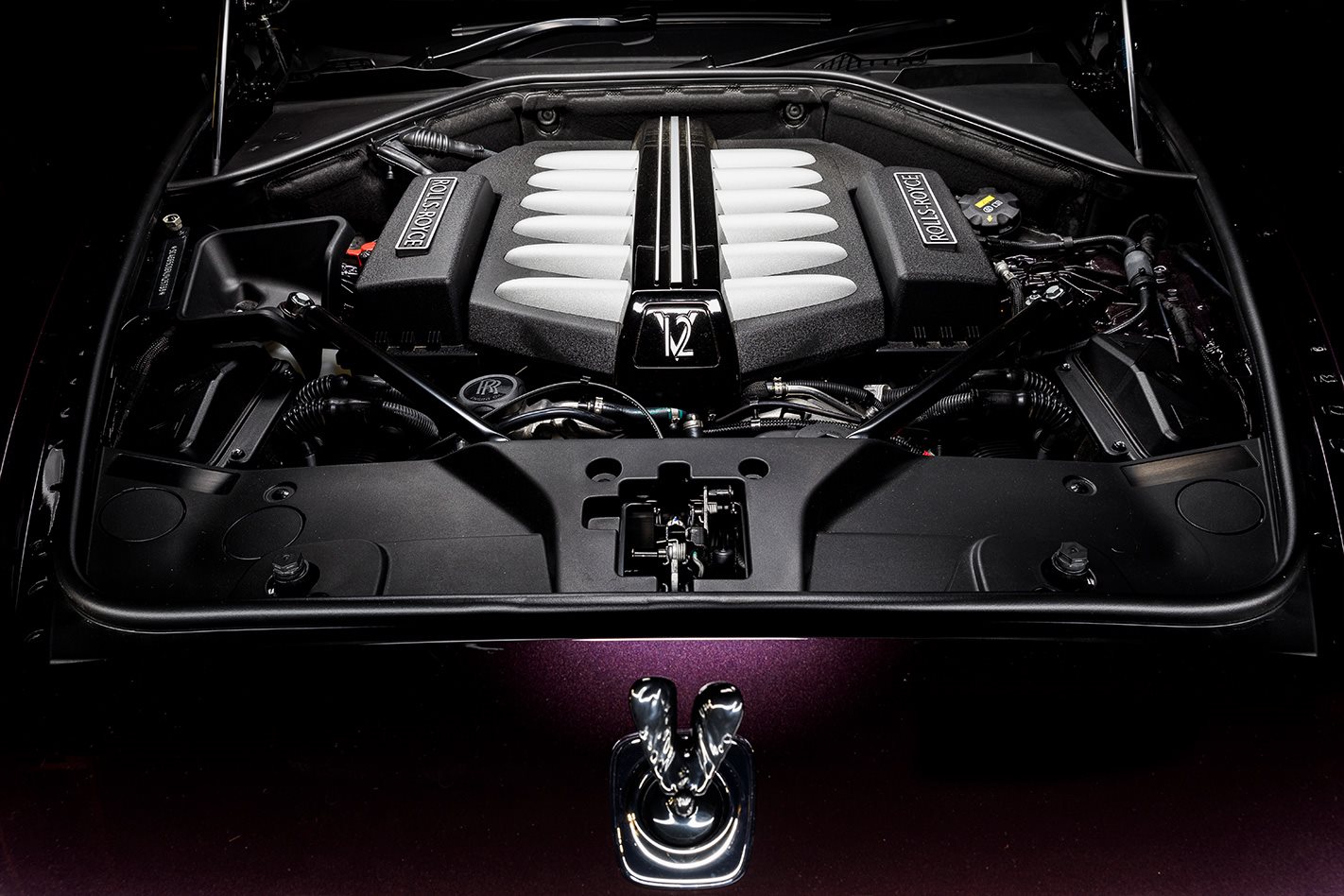 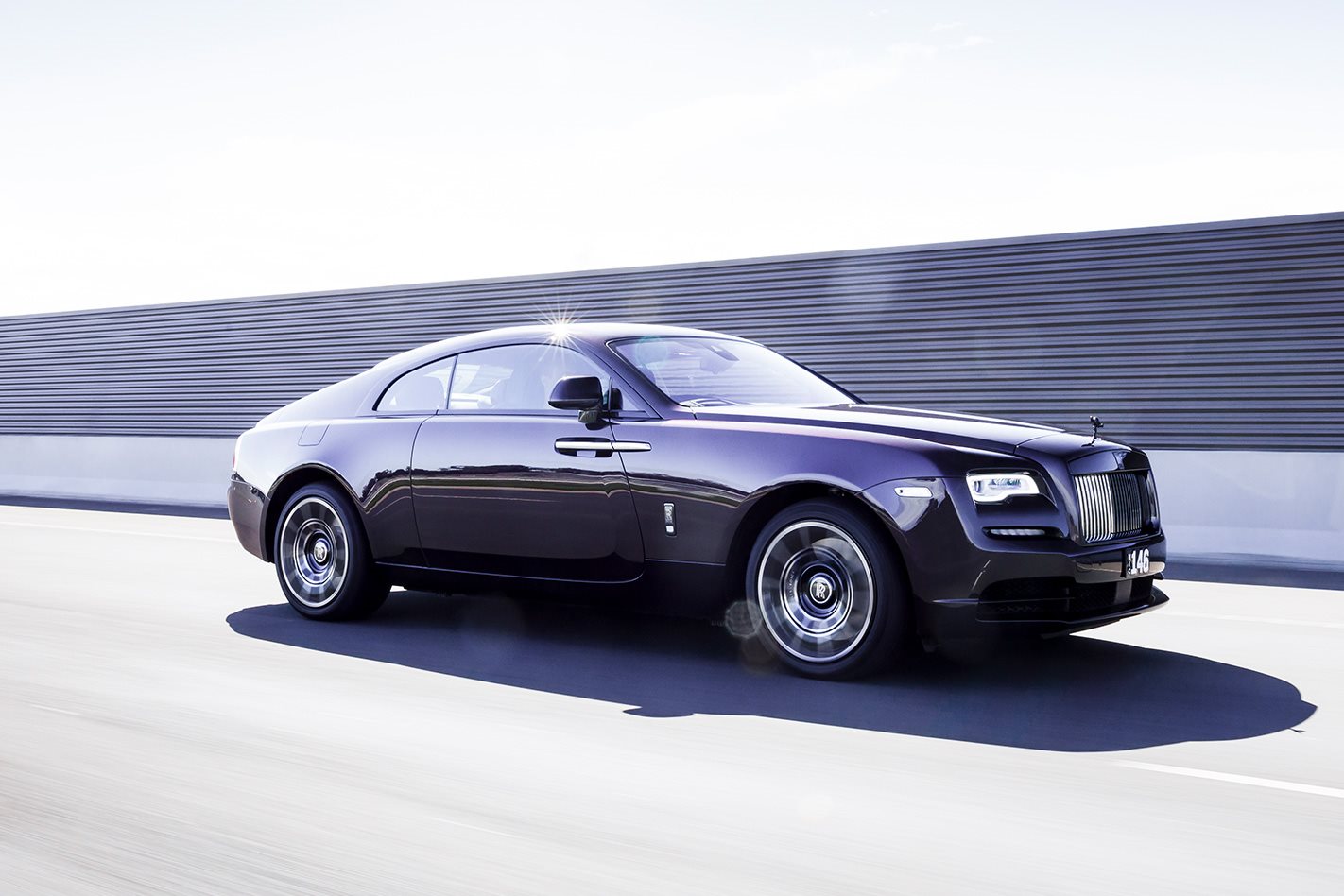 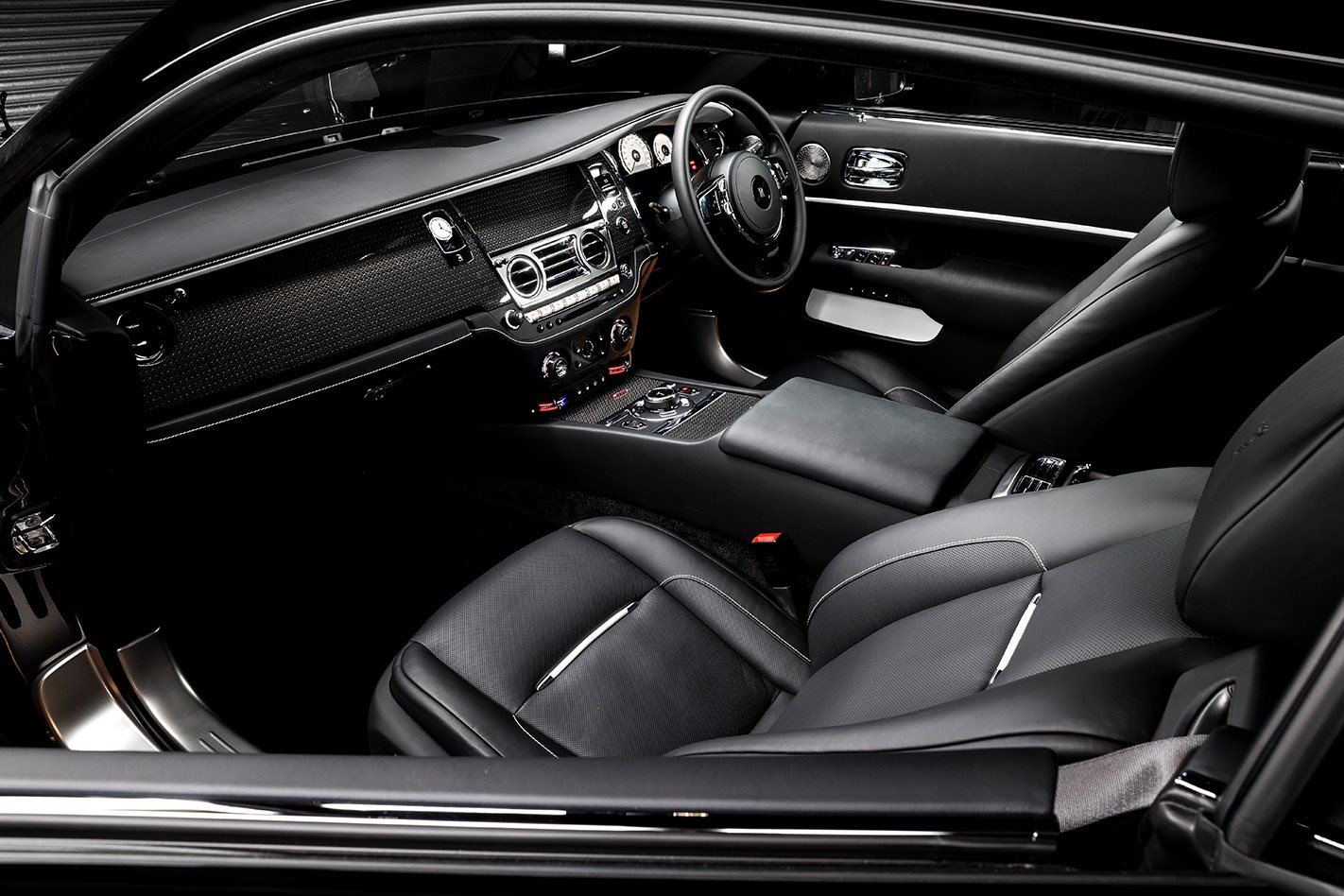 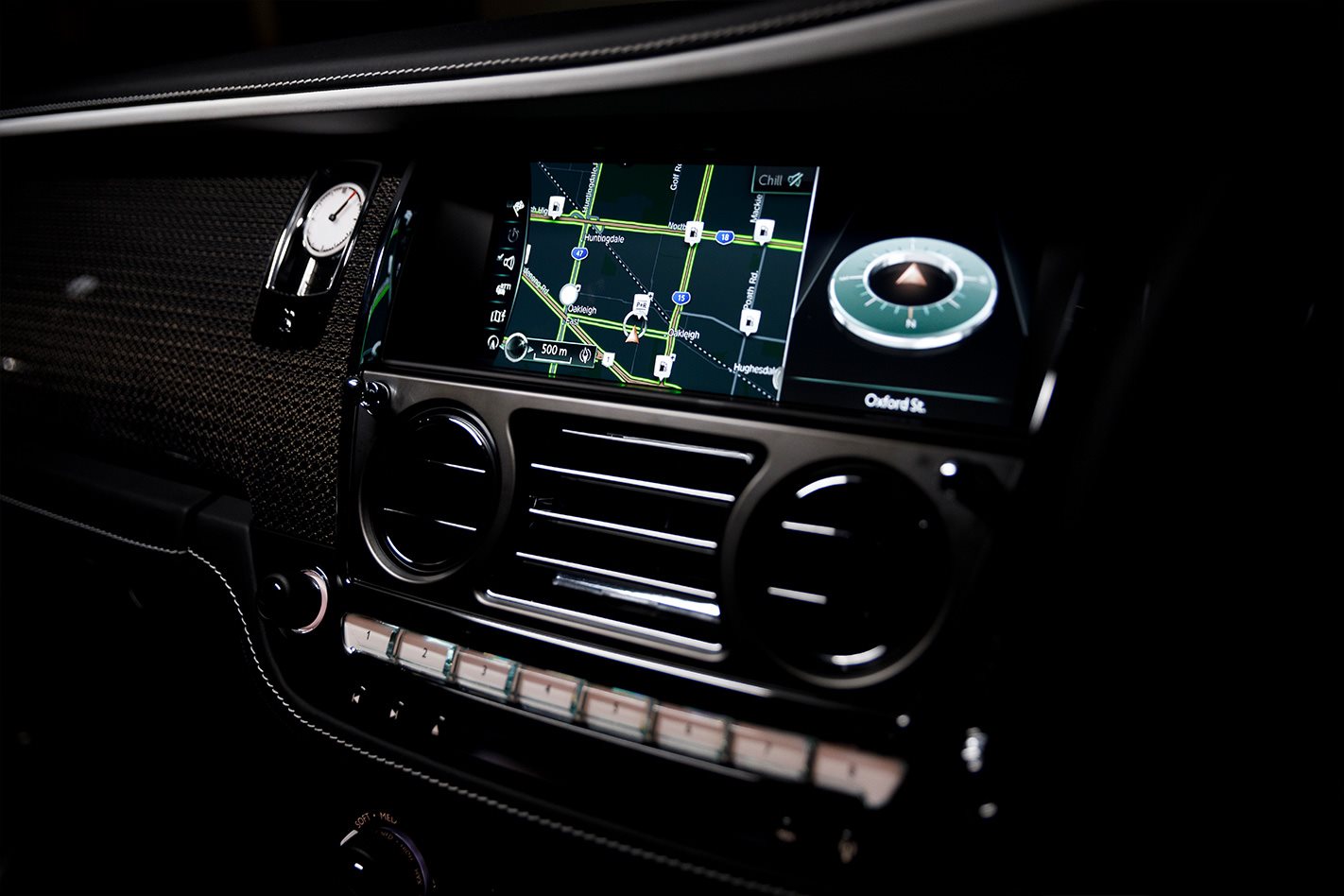 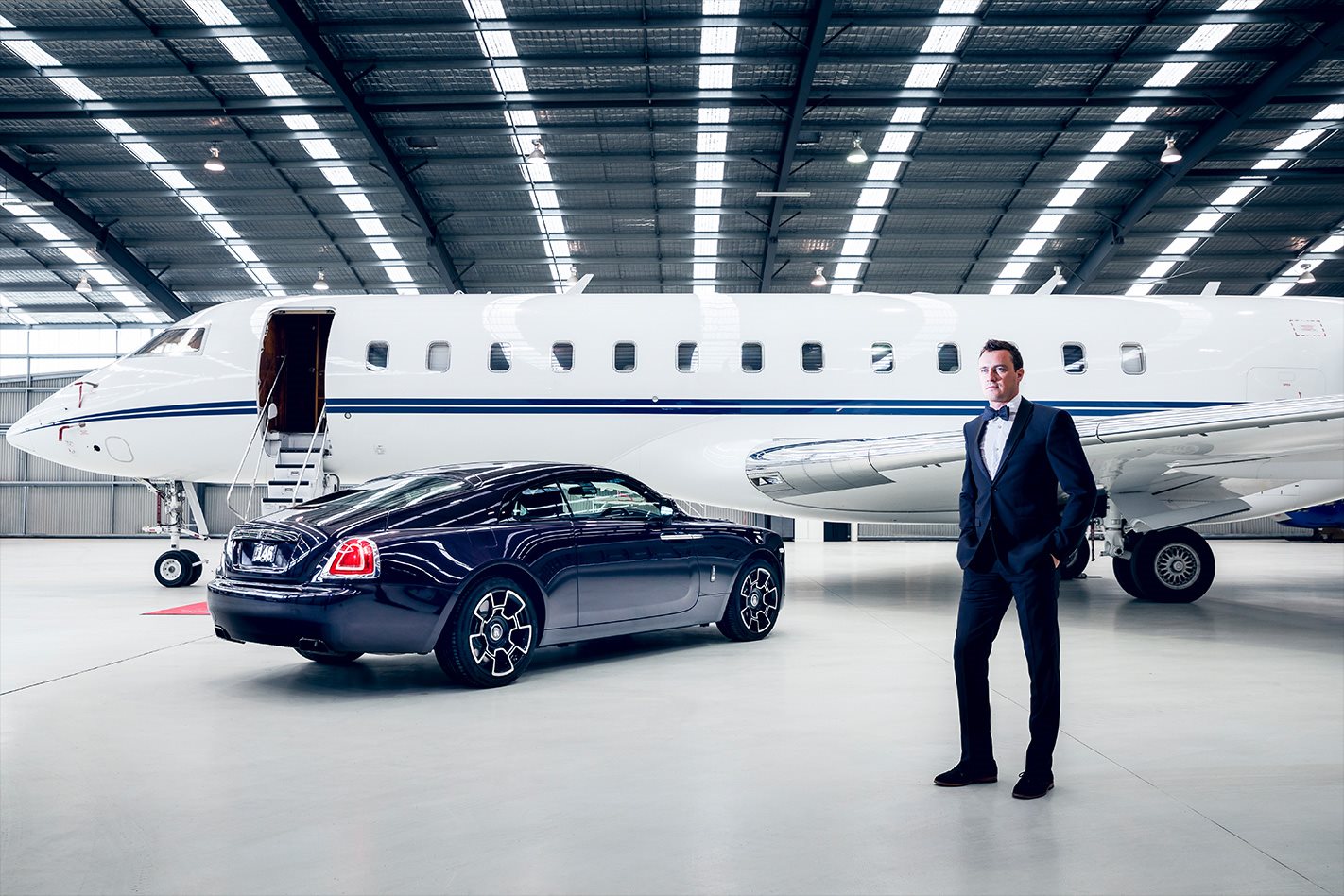 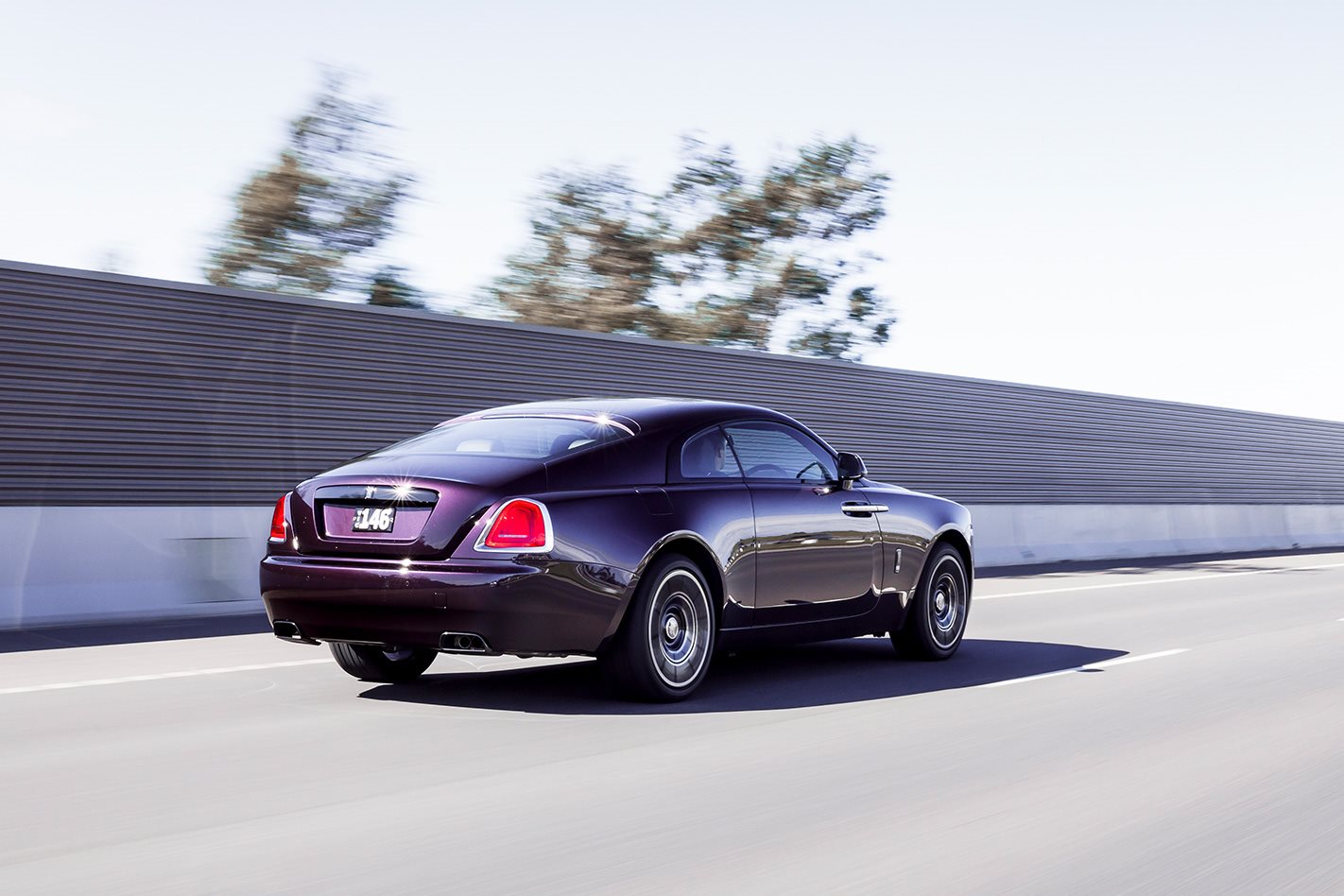 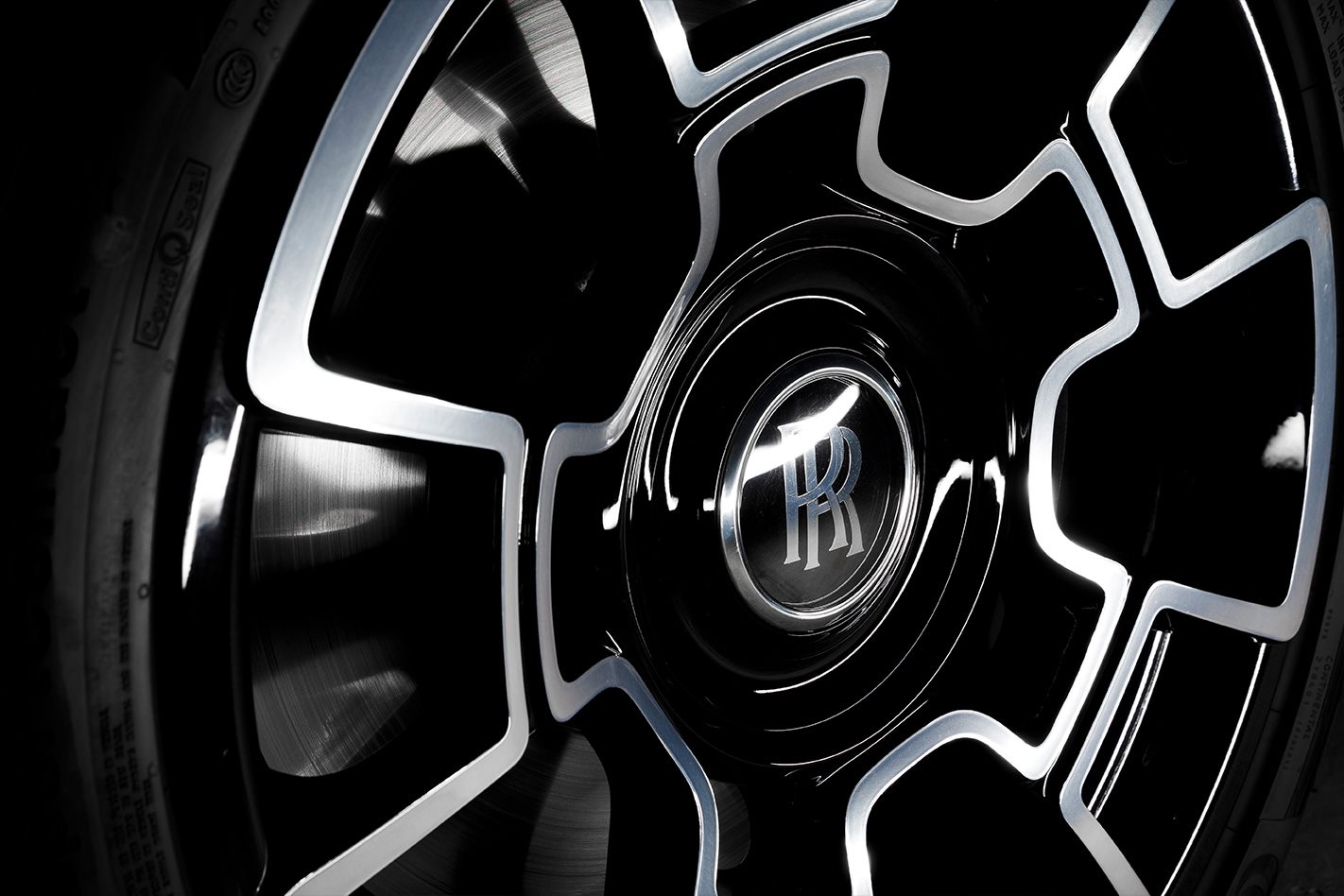 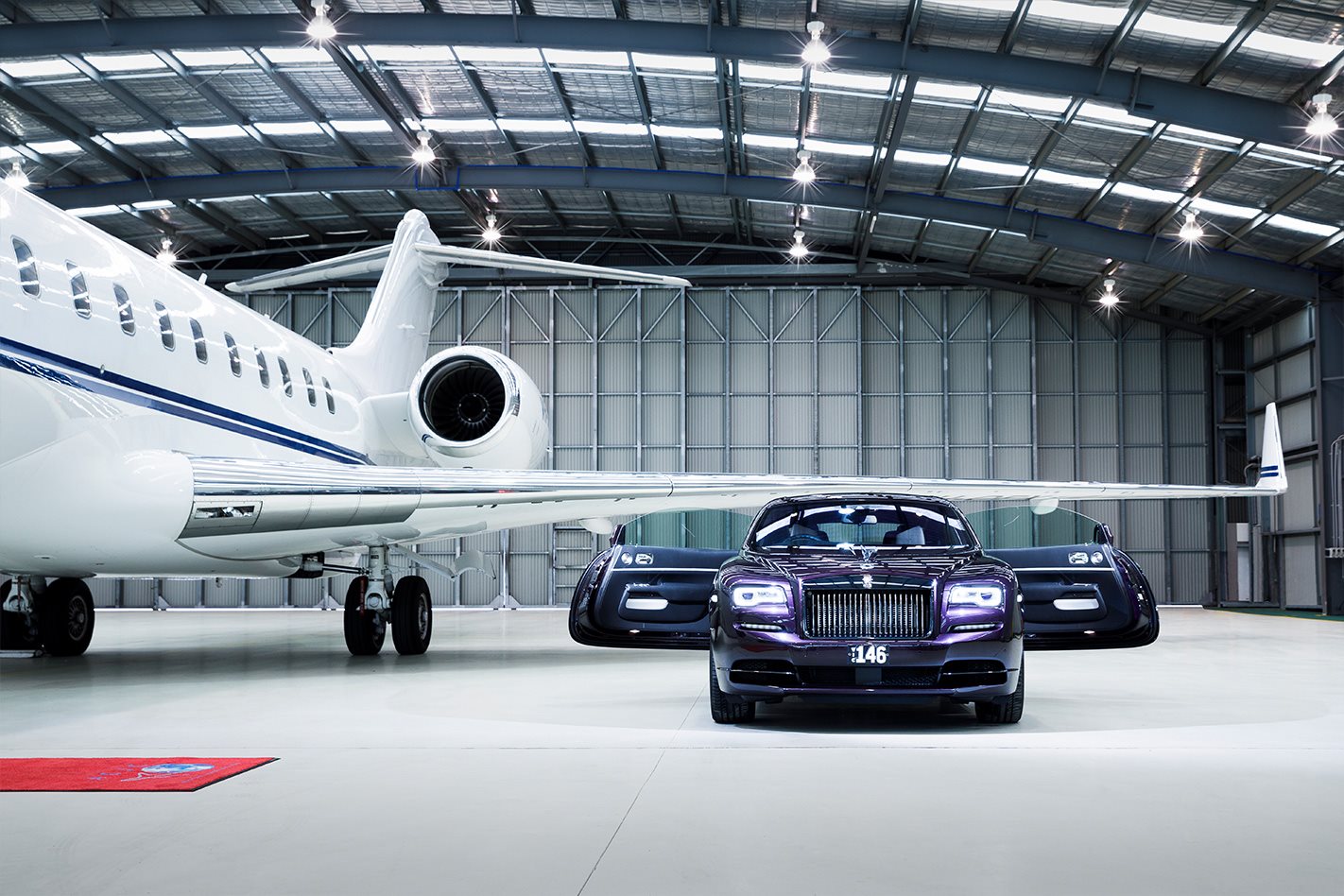 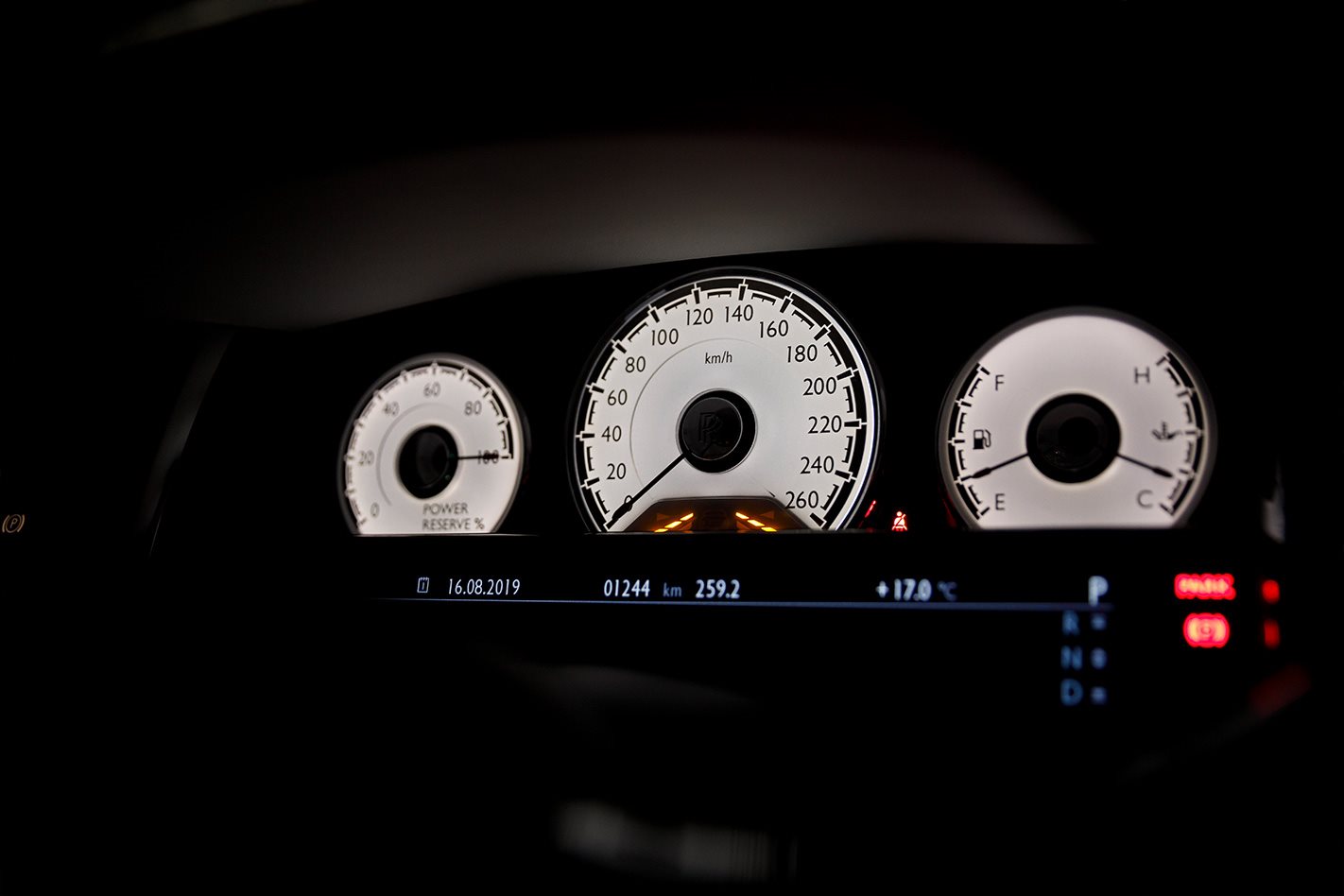 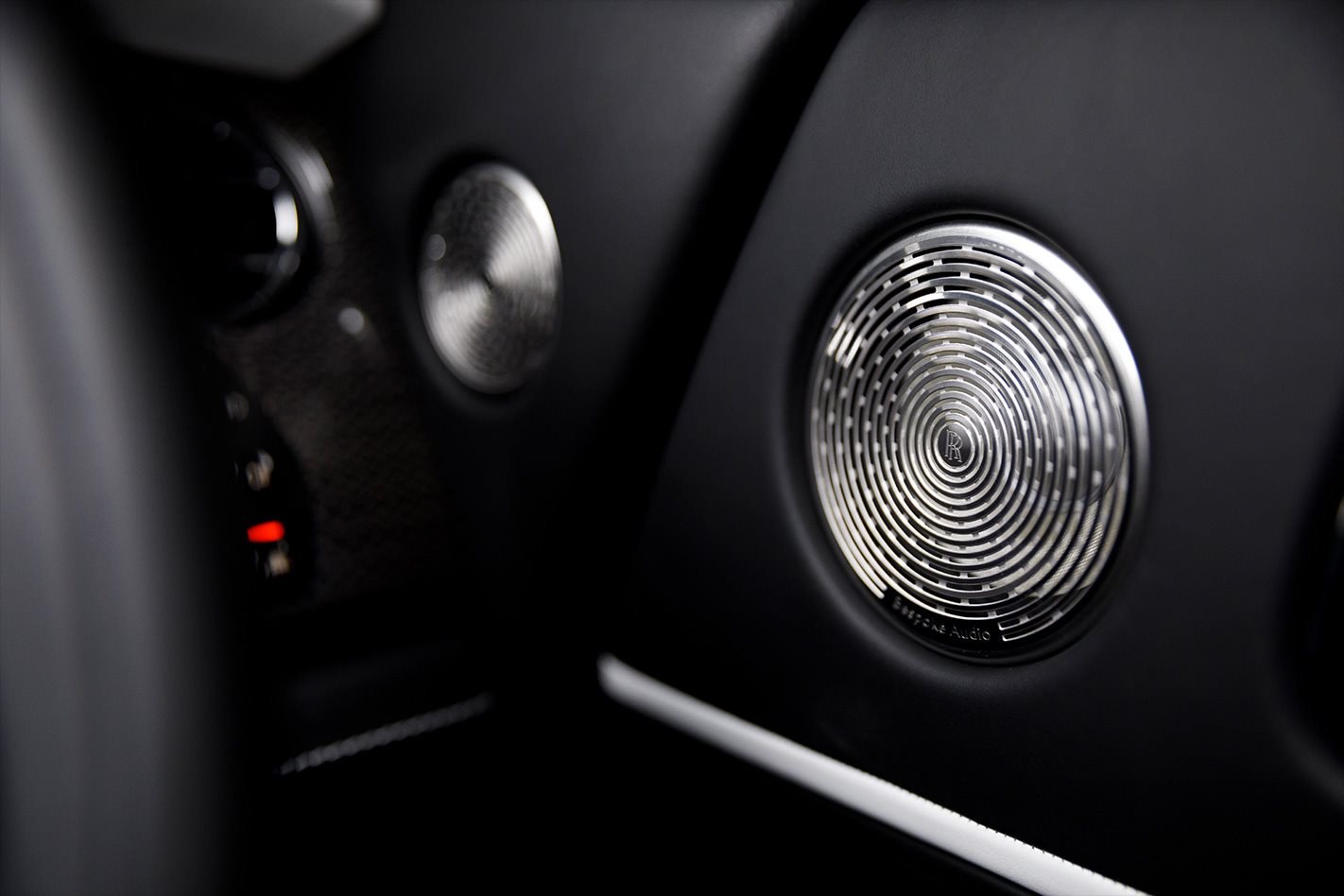 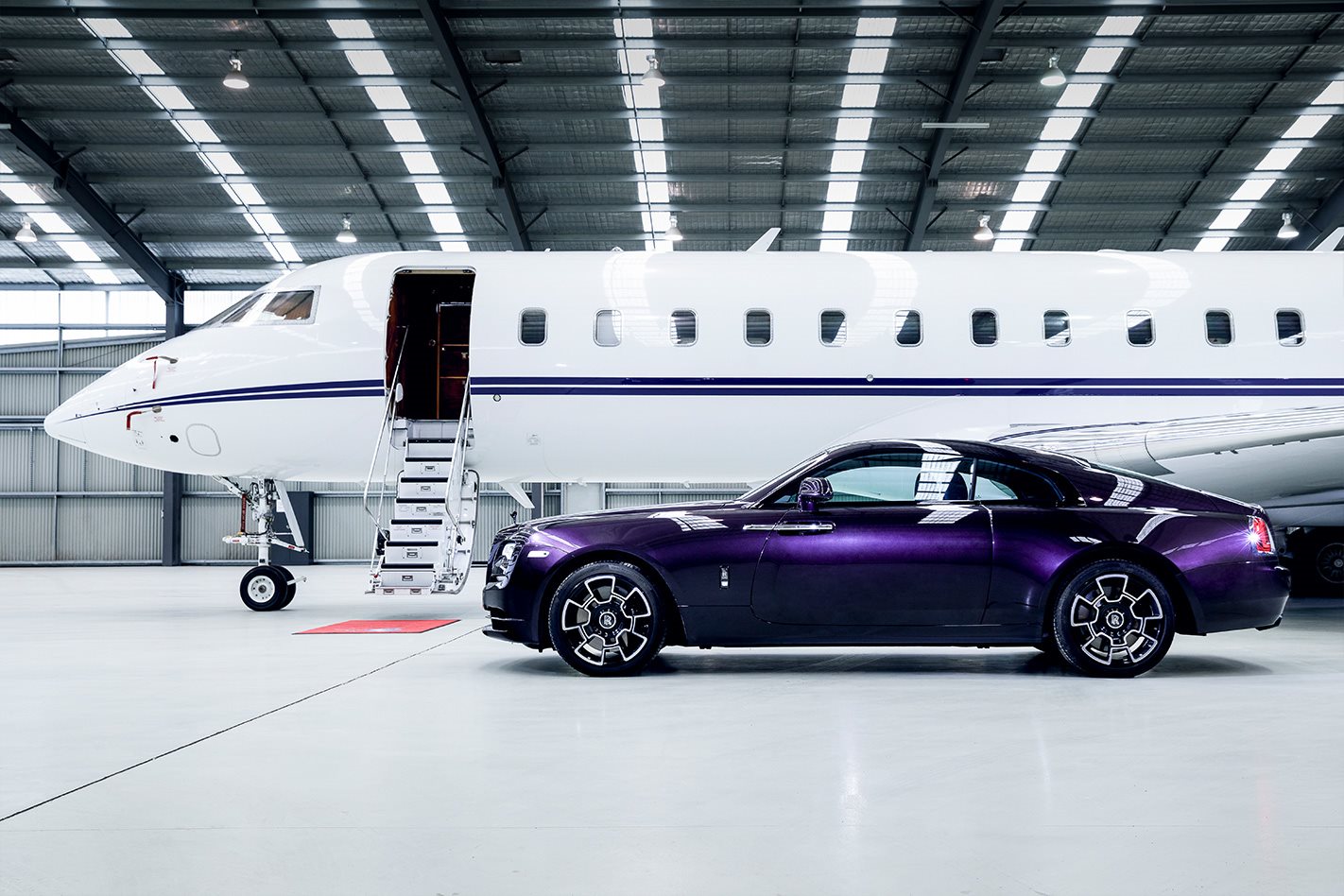