By Byron Mathioudakis and WhichCar Staff

The Suzuki Celerio has an inviting and airy cabin that gives you more room – and more space for luggage – than you get in most micro cars. It steers nicely, holds the road well, and is a lot of fun to drive. Vision out is exceptional. And for a car this small – and especially, this inexpensive – the Celerio rides very smoothly on the open road.

Having to monitor the speedo on long drives. Cruise control is not available on a Celerio.

That you damaged your new car so soon. The Celerio’s parcel shelf (which covers the rear luggage area) is not very strong, and breaks all too easily.

Driving under 80km/h on your space-saver spare tyre until you can fix your full-sized flat.

Getting comfortable behind the wheel. While you can adjust the Celerio’s steering wheel for height, you can’t adjust it for reach. And some people find the front headrests protrude too far forward for comfort. Nevertheless, most drivers will find settings that work for them.

The Celerio drives its front wheels and is classed as a micro car.

What features do all Celerios have?

Air-conditioning, with a pollen filter.

Electronic stability control, which helps you control the car if it skids. (Every new car must have this feature.)

Six airbags. (For details of where they are placed, please open the Safety section.)

The Celerio is offered with a three-year, 100,000km warranty.

Only one engine is available in a Celerio, a 1.0-litre three-cylinder petrol. Even with an auto gearbox it uses just 4.8 litres/100km on the official test (city and country combined). Manuals use marginally less.

In the real world it’s still very good. A Celerio auto averaged 6.1 litres/100km in comparison testing for the July 2016 issue of Wheels magazine, ranking – and by a significant margin - as the most thrifty of three micro cars reviewed.

This engine feels quite smooth when you’re driving, with just a hint of raspy note when extended.

A five-speed manual gearbox is standard on the Celerio. The optional automatic is a CVT (Continuously Variable Transmission). A CVT adjusts steplessly to road conditions and your demands, which usually means the car feels nippier than it would with a conventional auto and uses less fuel.

A manual gearbox is standard on the Celerio. Spend more and you can have the CVT automatic.

And that’s about it. Equipment levels are the same, and there is no other version. You can pay extra for metallic paint.

Among a host of dealer-fit accessories available are wheels made from aluminium alloy, in the same size as the standard car’s steel wheels. The alloy wheels will look nicer, if you look after them, and they don’t need the steel wheels’ plastic trim.

You can also get front fog lights, body decals, floor mats, and portable satellite navigation units. A Protection Pack comprises headlight covers, a cover for the front edge of the bonnet, weather-shields over the side-windows, and rubber strips across the doors.

That’s an easy one: about the only upgrade is the metallic paint. And its downside is that it costs more than plain paint.

The trick here is that only one colour is plain, and that’s white. So if you want a Celerio in any colour other than white, it will be a metallic colour and will attract an extra charge.

How comfortable is the Celerio?

The Celerio is outstandingly comfortable for a car this small and inexpensive.

First, it’s easy to get in and out, thanks to a higher-than-average roof at 1.5 metres. That gets you tall doors – and inside, loads of head room. There is enough space for four adults, even long-legged ones.

The driving position can accommodate a very wide range of people. (But it would suit some people even better if you could adjust the steering column for reach.)

Though they may look flat, the seat cushions feel firmly supportive even after a couple of hours’ driving in them. Note however that the front headrests do protrude too far forward for some people.

The Celerio has four face-level ventilation outlets (two at either end of the dashboard and a pair high up in the centre). All provide enough air volume to reach even rear-seat passengers, even on hot days.

Novice drivers especially will appreciate the functional simplicity of the appealingly symmetrical dashboard, with its clear instruments, big dials, logical heater and vent controls, and a very straightforward audio system. The Bluetooth phone connectivity is also clear and reliable.

Slim roof pillars and deep windows all round are a boon for tight city manoeuvring, reducing blind spots and making parking much easier than in many other cars.

On some kinds of coarse bitumen you do hear tyre noise in the cabin, and it’s especially obvious in the back seat. Wet roads splash a lot of water-related sounds into the wheelarches, too.

What about safety in a Suzuki Celerio?

The Celerio comes with six airbags: two ahead of the driver and front passenger, one either side of the front occupants to protect the upper body, and head-level side-curtain airbags extending past both rows of seats.

There is the mandatory electronic stability control, with anti-lock brakes.

Active safety is aided by the excellent vision out, which maximises your ability to see other road users and reduces fatigue.

However, no reversing camera is available, even as an option.

Nor can you get auto emergency braking, or any other active driver-assist technology.

The Australasian New Car Assessment Program (ANCAP) has awarded the Celerio four stars for safety (from a possible five).

The main reason the Celerio was denied a fifth star was its merely average ability to mitigate crash injury inflicted on a pedestrian.

The Celerio has not been designed especially for keen drivers. Nevertheless, Suzuki has created a surprisingly responsive and engaging micro car that is as enjoyable as it is economical.

The 1.0-litre, three-cylinder engine delivers sprightly off-the-line acceleration. It will build speed quite strongly to about 120km/h, even with four adults on board and the air-con running. Lightweight engineering certainly helps here. After 120, the Celerio begins to run out of puff.

The five-speed manual shifter is a breeze to use, which makes very light work of the downshifting needed for overtaking or climbing hills.

The manual gearbox gets you more from the little engine than the automatic, since you can flick through the gears almost instantly. The CVT tends to respond more slowly, and may drone loudly in a tall gear if you try and accelerate hard.

The Celerio feels better to drive than most micro cars, and holds the road as well as many bigger and more expensive light cars.

Although it doesn’t need much effort, the steering has enough weight and feedback to promote confidence. That’s backed up by impressive stability, even at speed and despite a tendency for the car to lean a little in corners. Brakes bring everything to a stop quickly.

An uncanny ability to soak up bumps contributes to a comfortable and settled ride that shames some cars costing twice as much.

With its boxy proportions and relatively long wheelbase (just millimetres shorter than the larger Swift), the Celerio was designed to be the roomiest micro car you could buy. And that is especially clear in the back seat.

Far from being tight and cramped, the rear seat area is tall, airy, and easy to access. Suzuki has certified the Celerio as a four-seater only vehicle, and there is more than adequate shoulder and head space for two adults. The cushion is flat but firm, and the backrest is set at a comfy angle: both are fine for long trips.

At 254 litres with the rear seatbacks upright, the cargo area in the Celerio is one of the best you’ll find in this class of car. Unclip the split-fold rear seatbacks and volume extends to 726 litres.

Aiding practicality is a large and wide tailgate opening, offering a low loading lip and deep floor. A temporary spare wheel is located beneath the floor.

Note, however, that the cargo cover is made of easily torn cardboard. And the rear seat cushions do not also tip forward, so that with the seatbacks folded the extended floor is not flat.

Where Does Suzuki make the Celerio?

A touchscreen on the dashboard that will display mapping and other apps from your smartphone, and allow you to control them without touching your phone. Suzuki’s micro-SUV, the Ignis, allows this, for example, as do the Holden Spark and Kia Picanto, via support for Apple CarPlay and Android Auto.

Perhaps more peace of mind over possible manufacturing faults. The Picanto is warrantied for seven years, for example.

Cruise control, which will hold a set speed automatically on the highway. The Ignis, Spark, and Picanto offer this, too.

A reversing camera: this is a very small car, but you might still find a view from near the rear bumper handy. Again this is standard on the Ignis and Picanto.

Similarly, Autonomous Emergency Braking is a rarity in cars this inexpensive. But you can get it in some cars a size bigger, notably the Mazda2.

Among other cars you might consider is the Mitsubishi Mirage.

Are there plans to update the Celerio soon?

The Suzuki Celerio arrived about the beginning of 2015. You are not likely to see a replacement before the end of this decade, but equipment could be added in the meantime.

Late in August 2017, Suzuki Australia said it had ceased to import the Celerio. The company cited reduced sales generally for cars of this micro-size, but said it might re-order the model if it saw renewed interest. Suzuki Australia distributes Suzukis in all states but Queensland.

Only one variant of the Celerio is offered in Australia, so the choice is between manual and automatic transmission.

We like the manual’s more responsive performance and marginally better fuel consumption. But the CVT’s effortless smoothness is a big drawcard for city use. 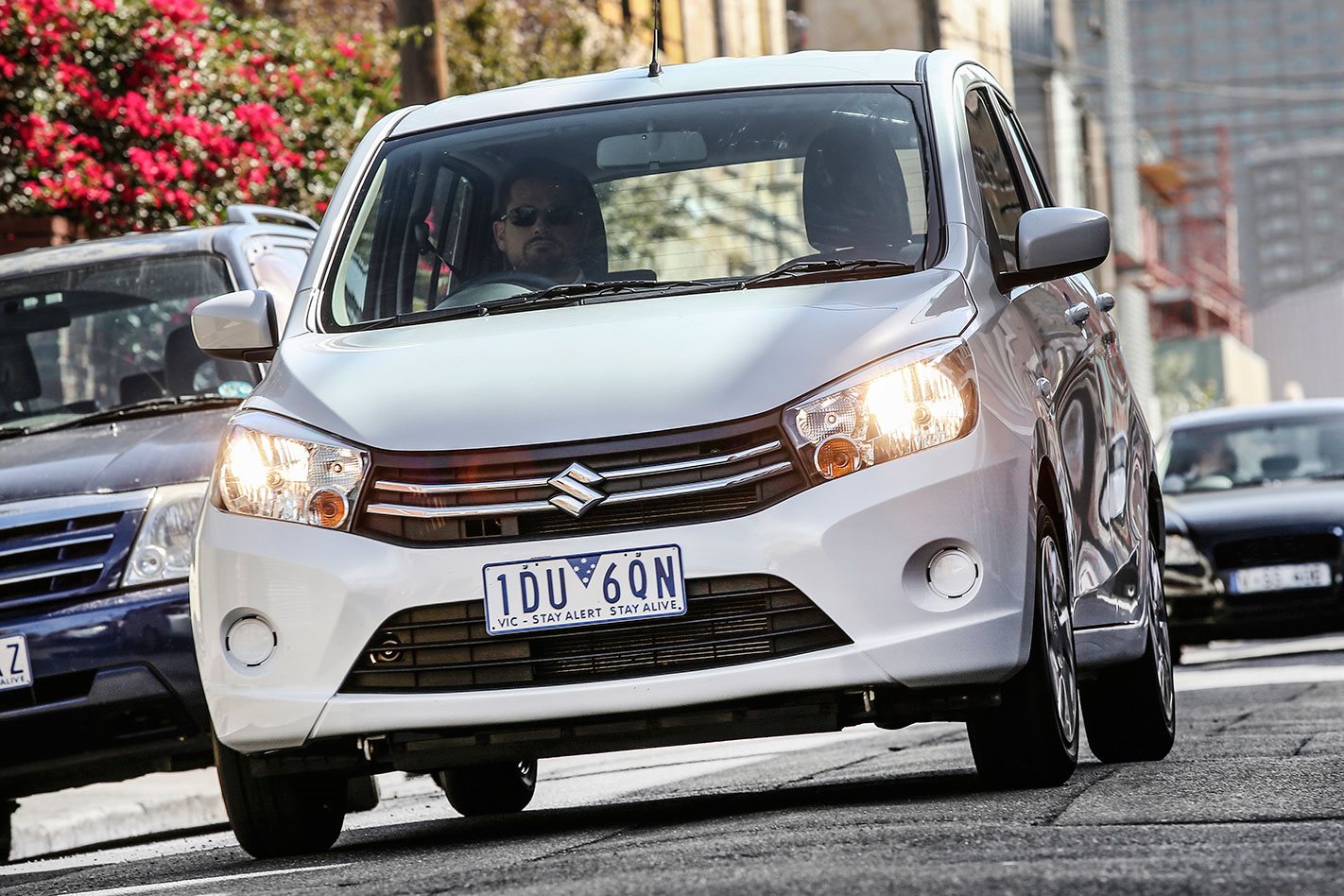 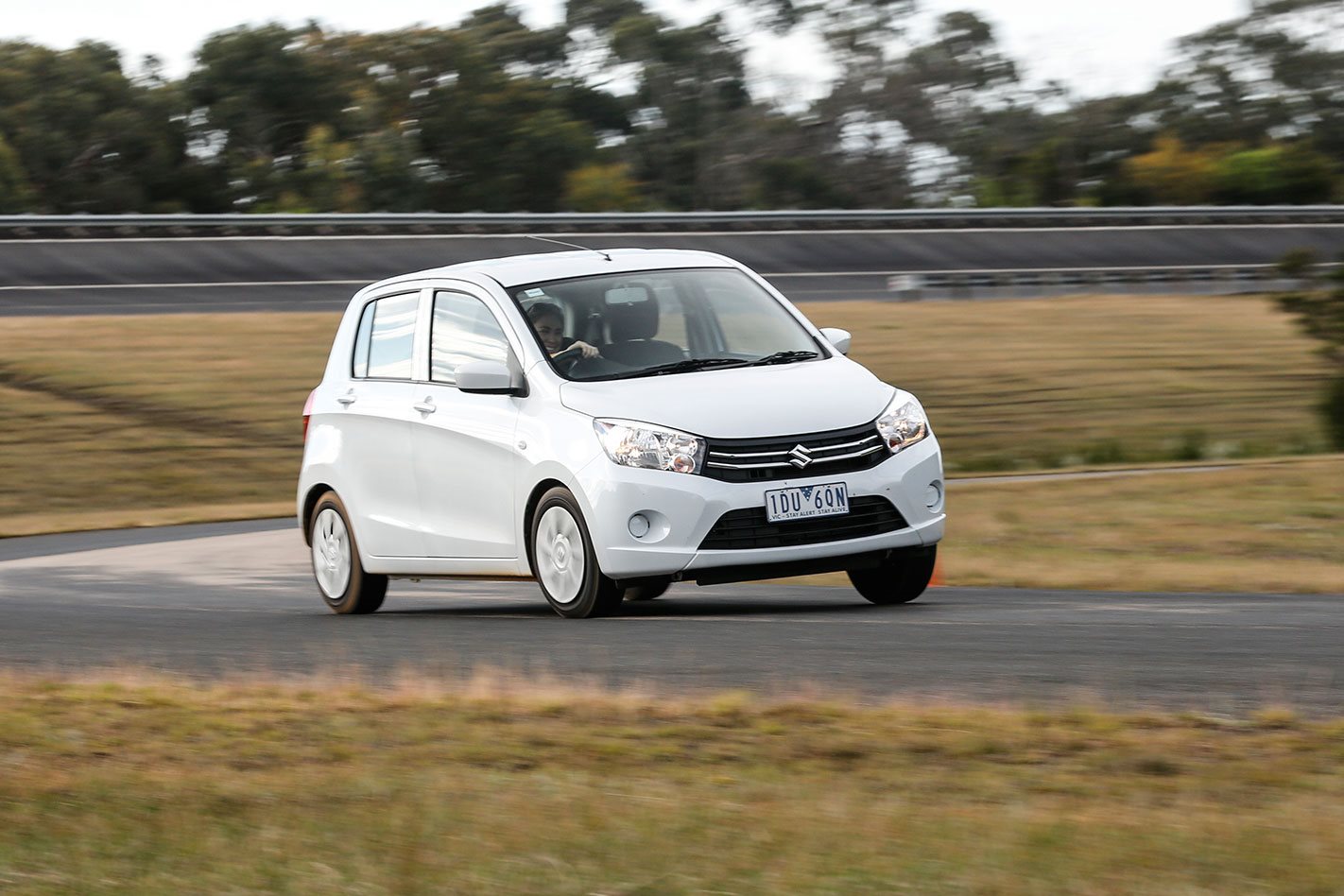 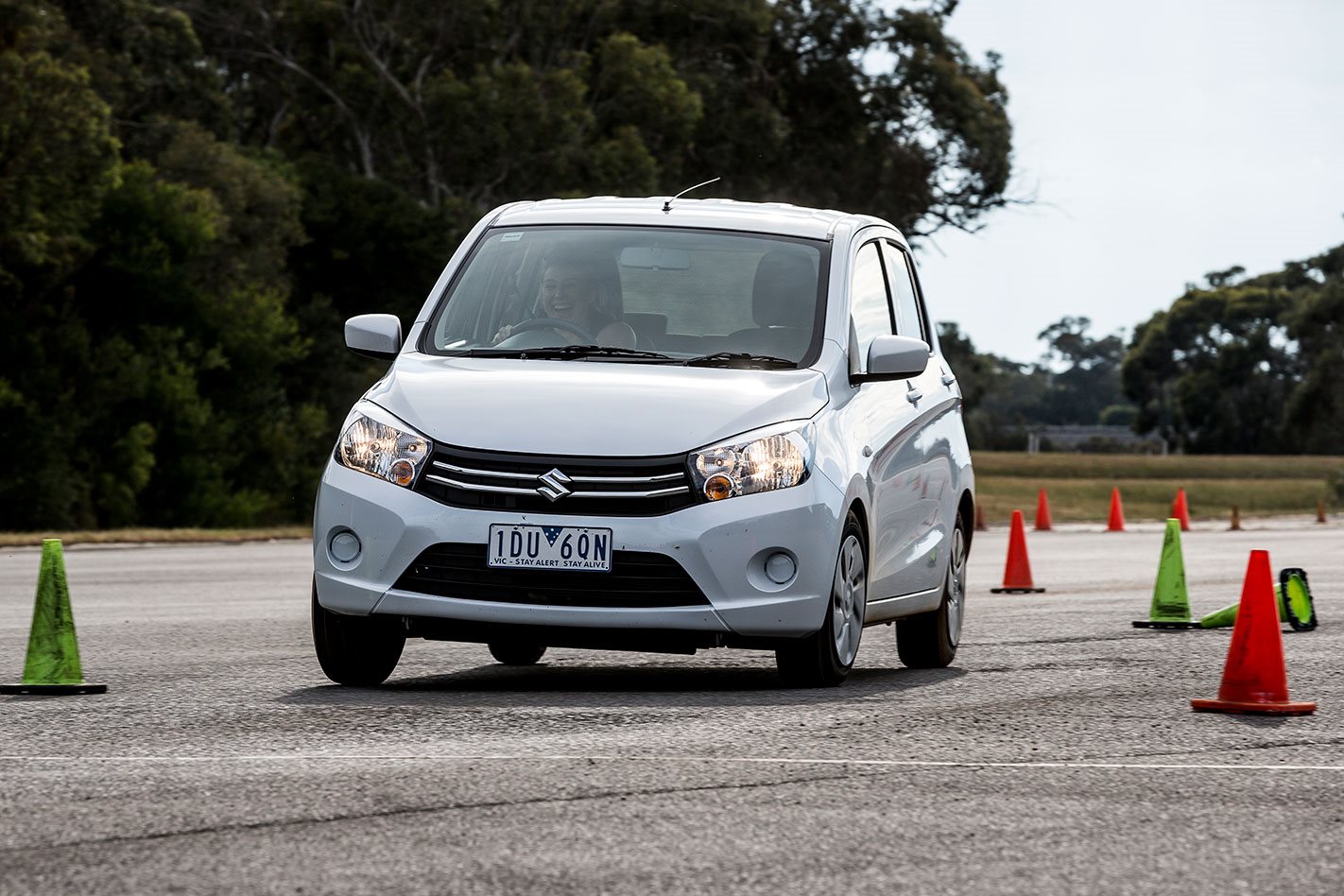 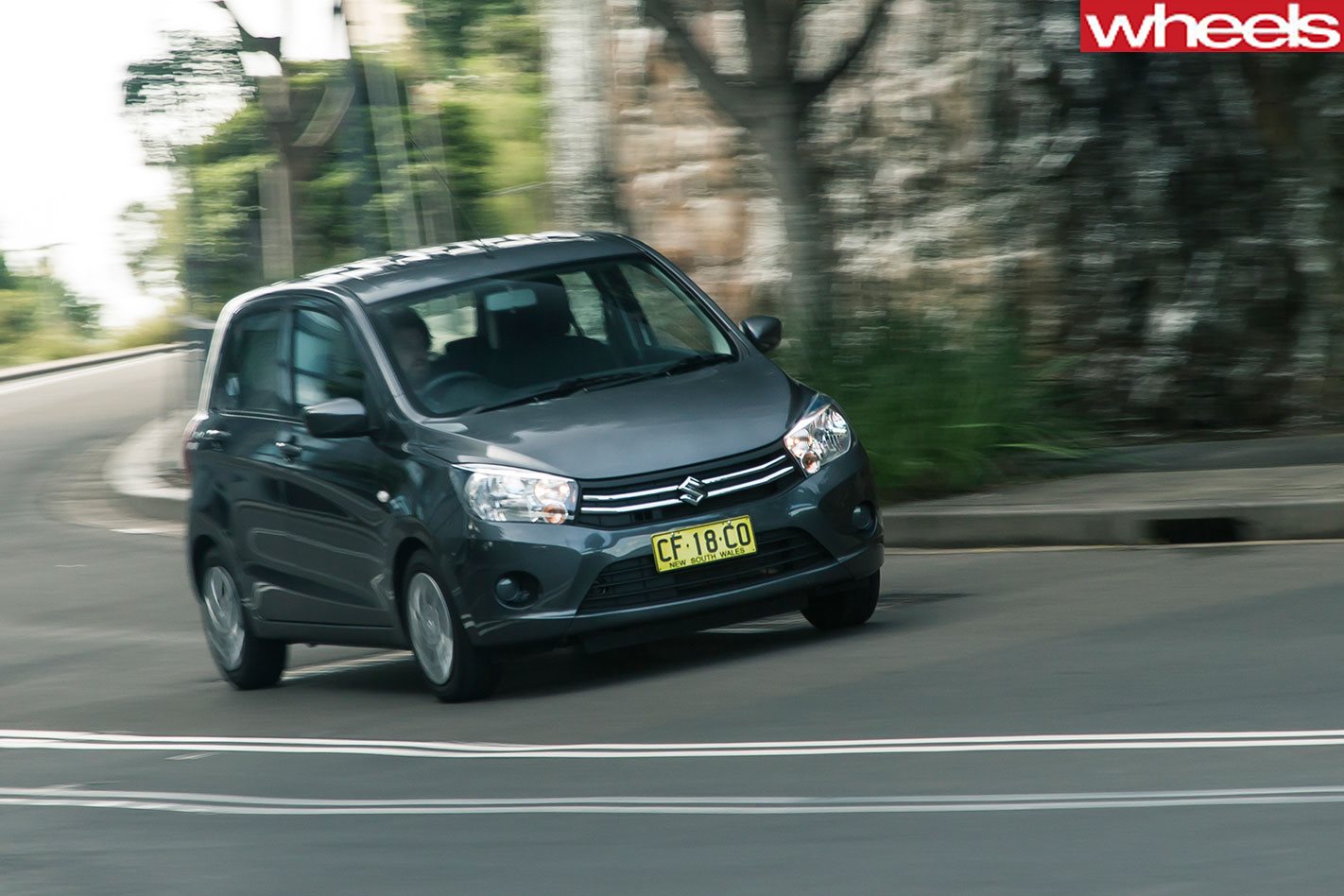 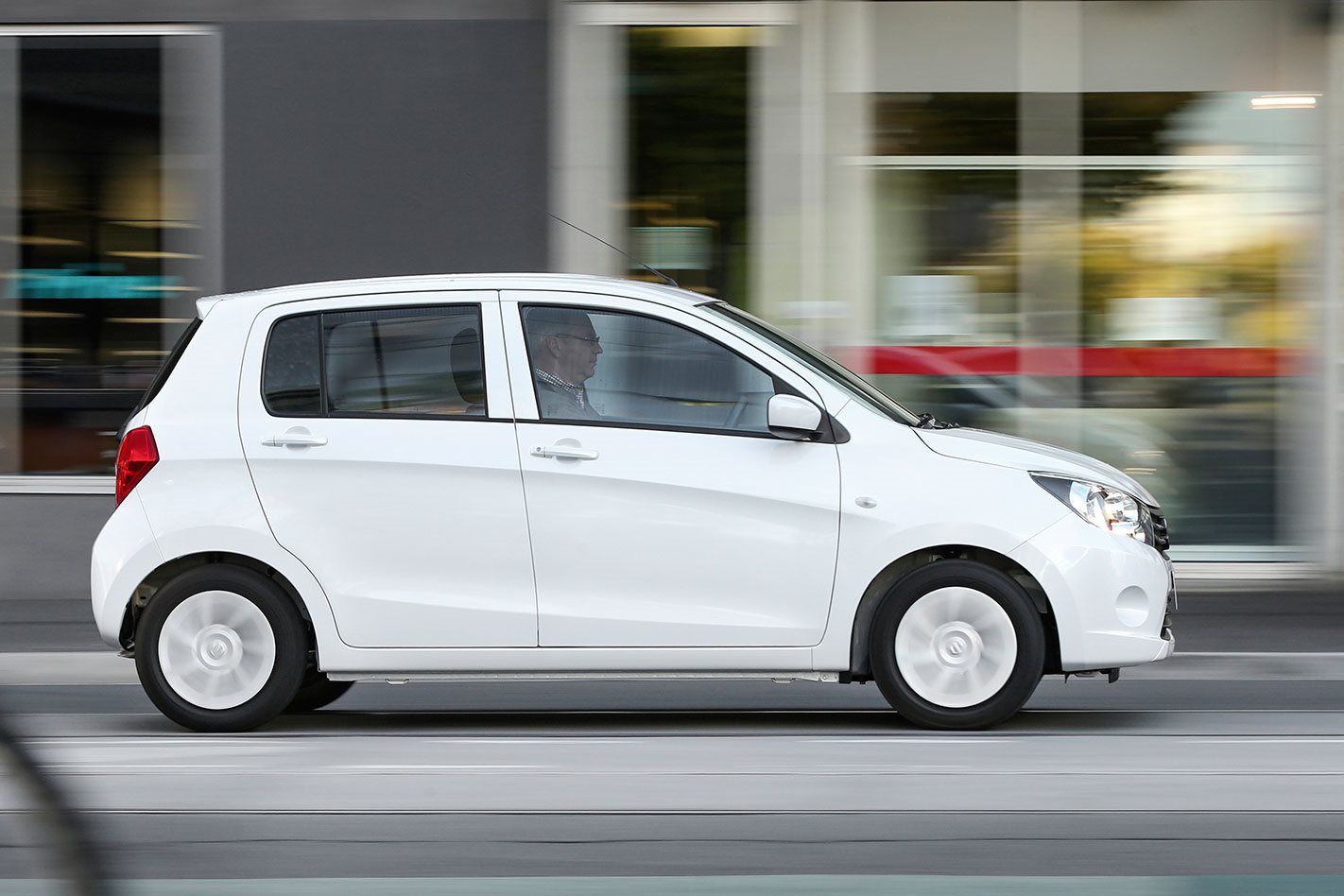 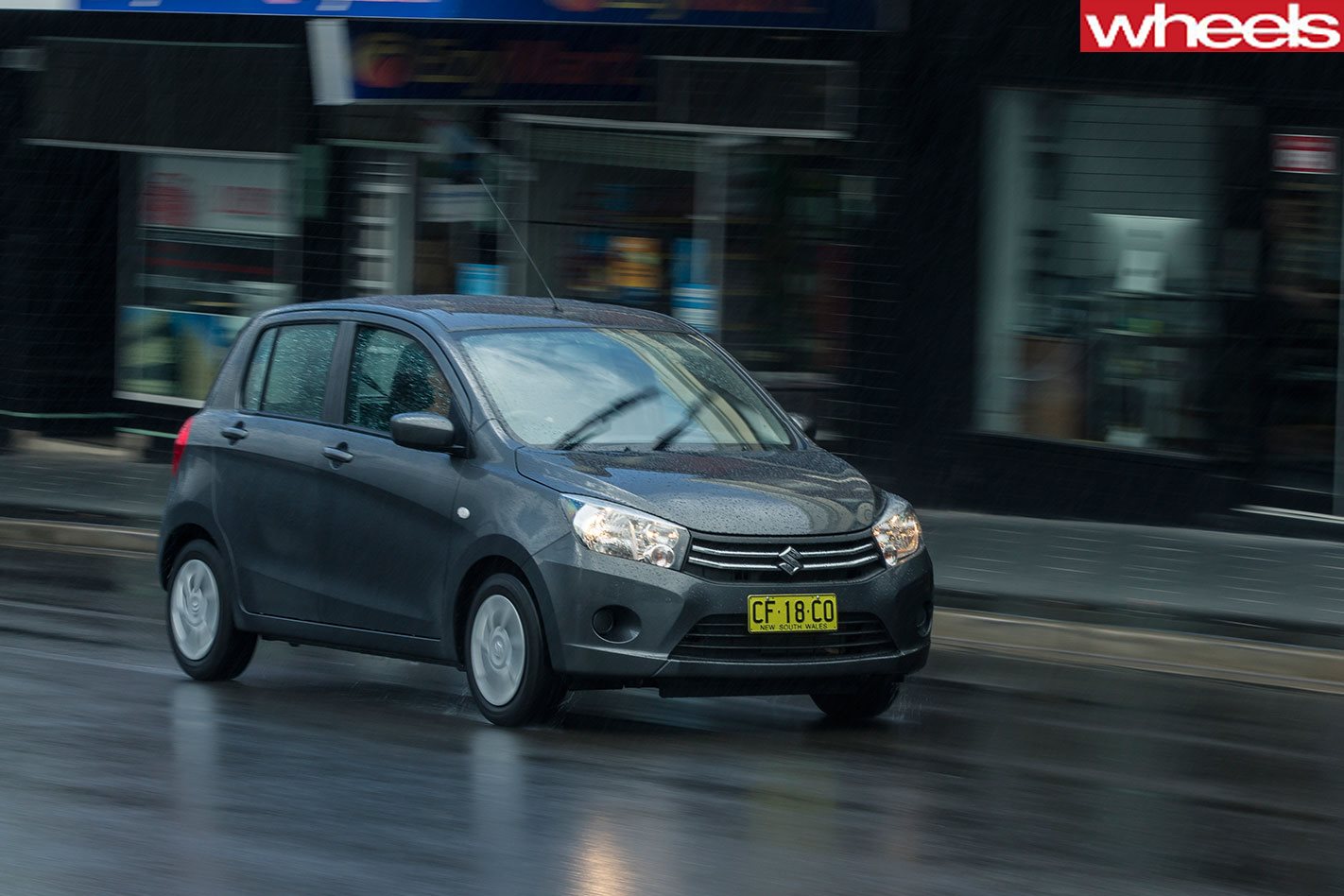 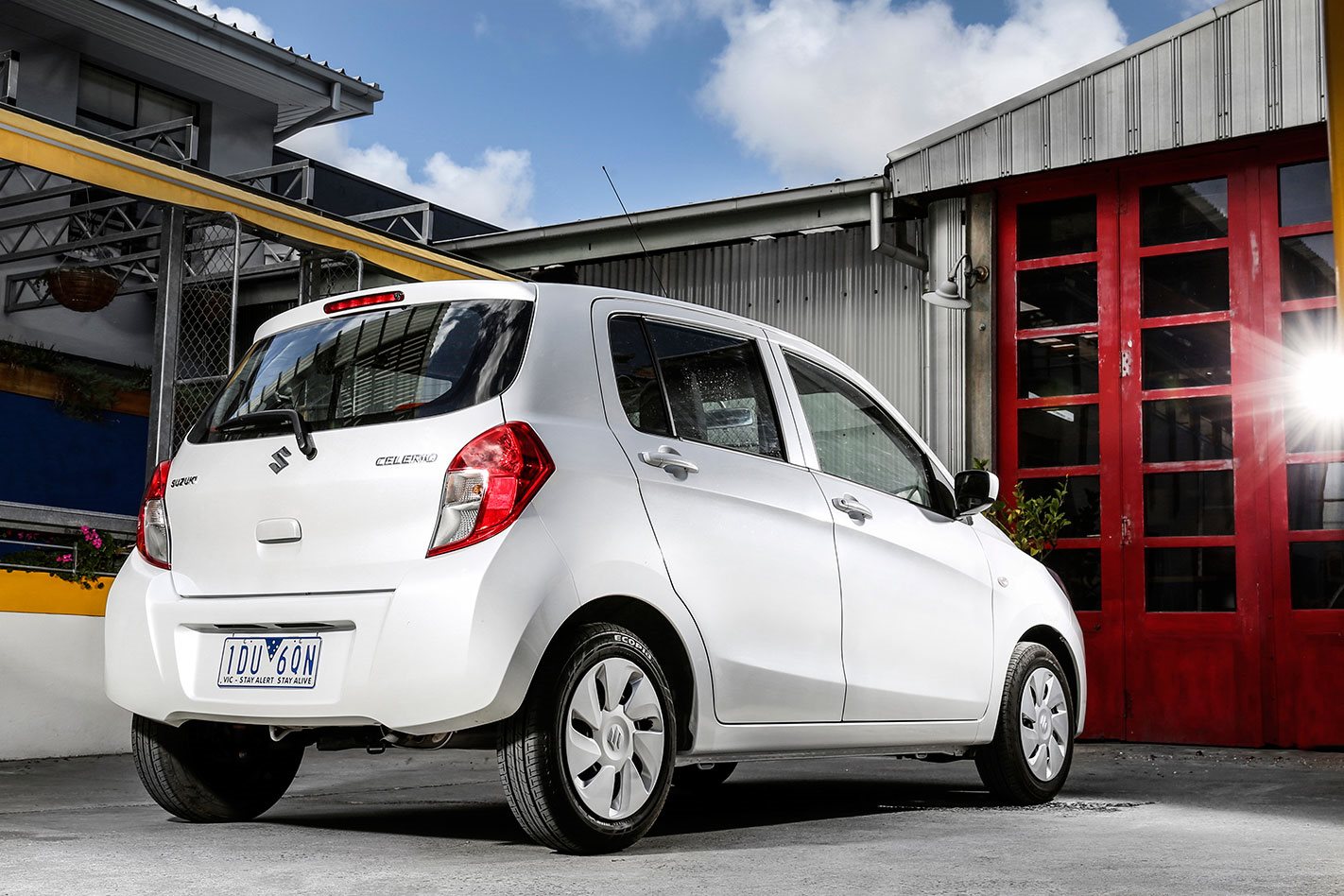 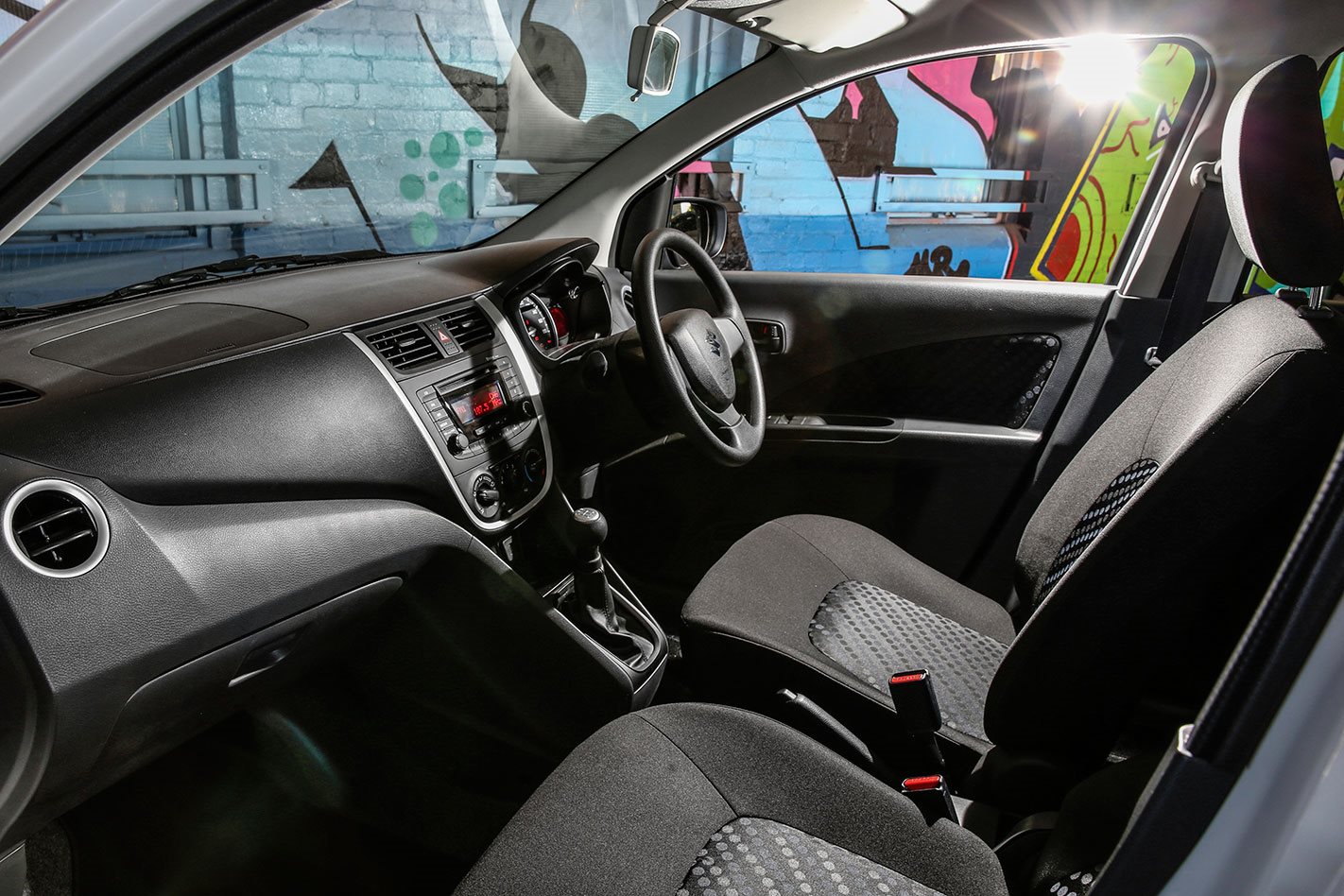 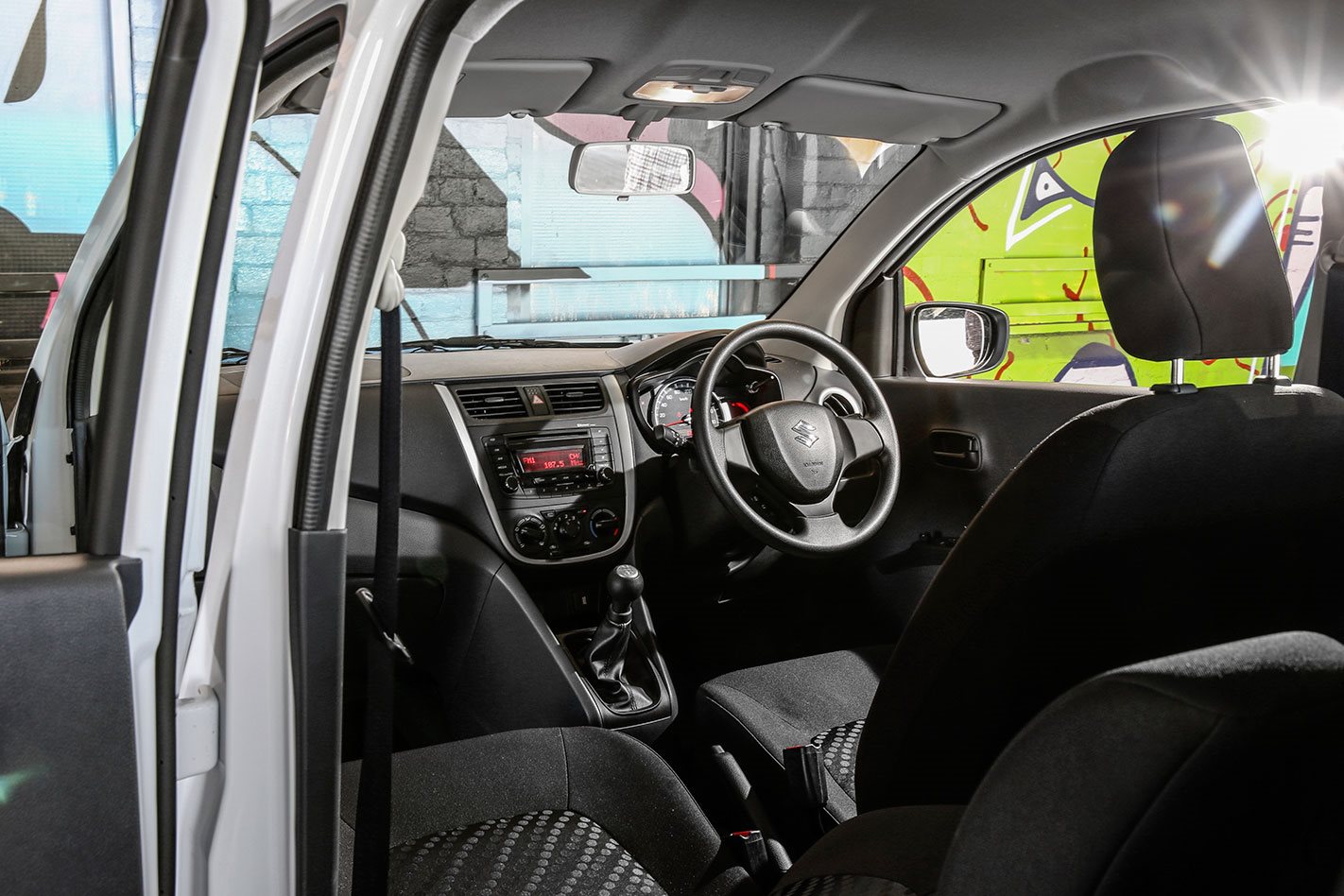 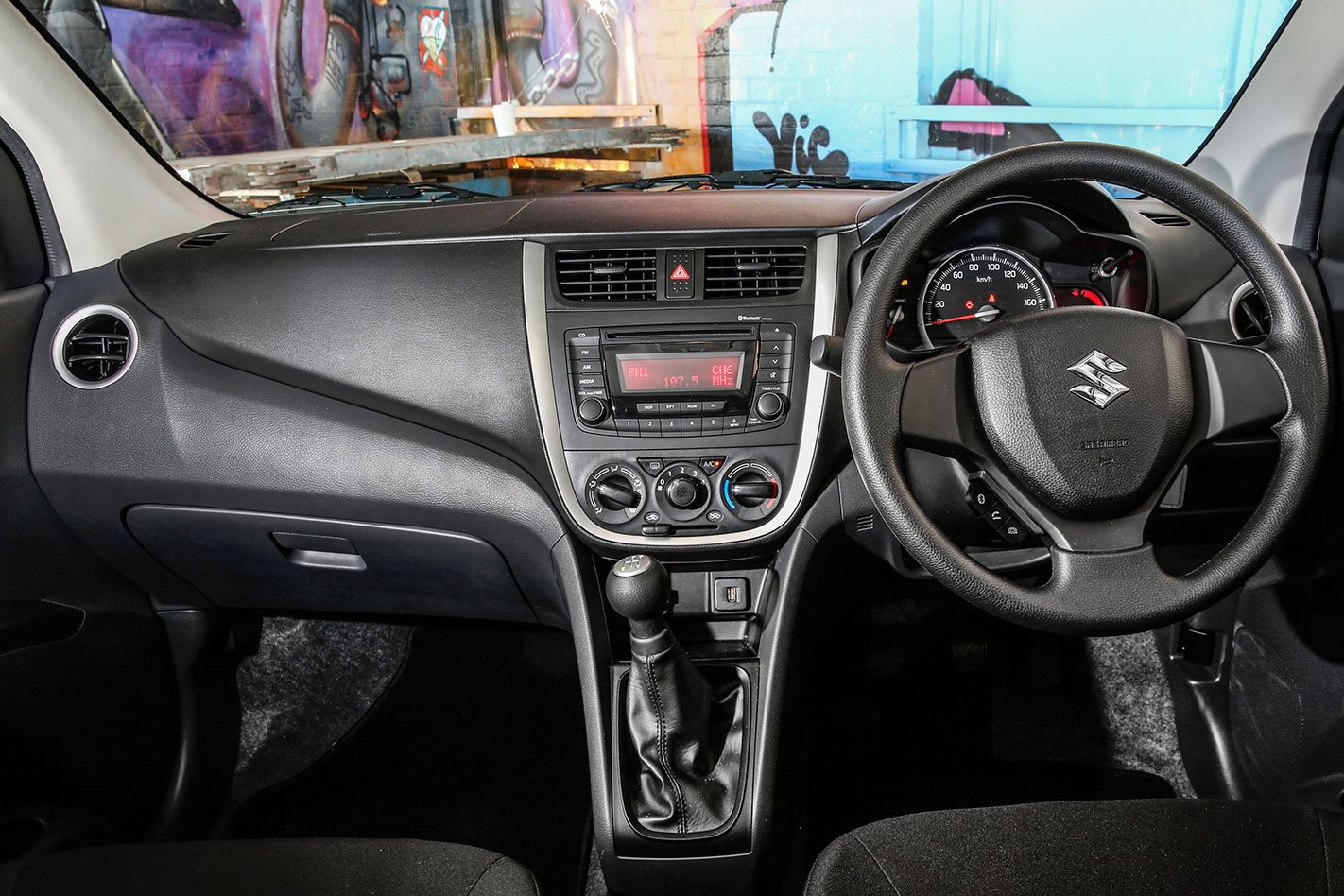 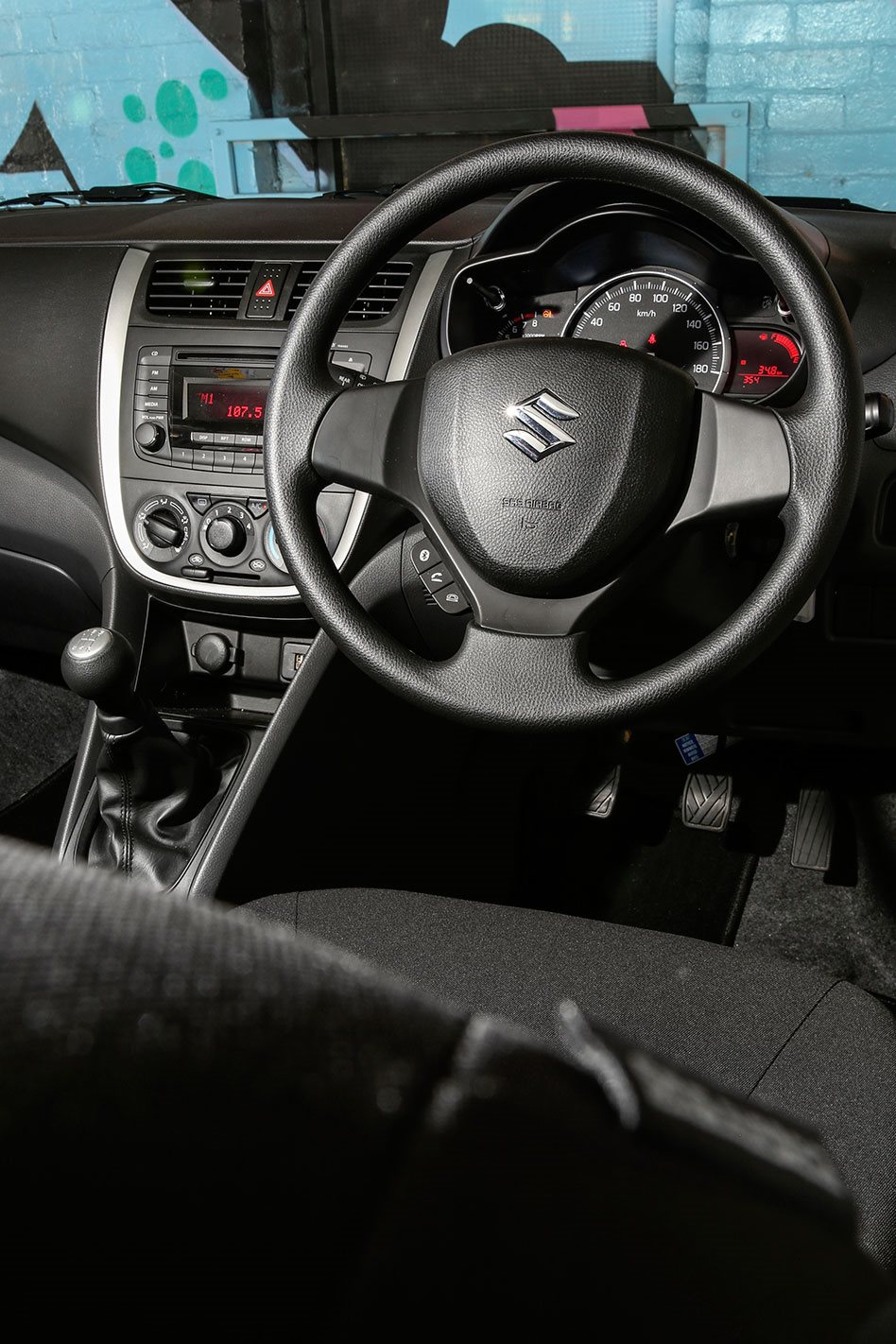 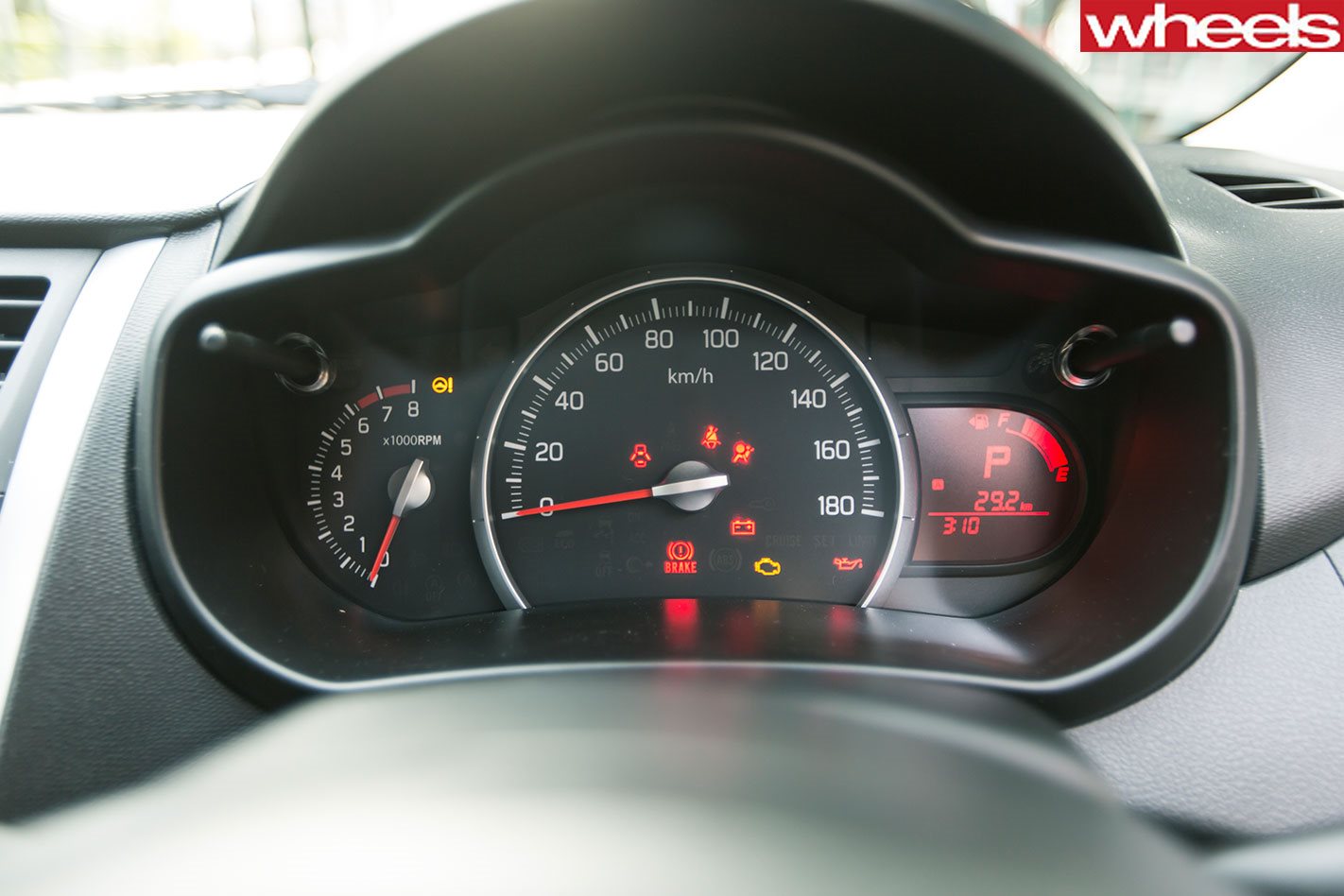 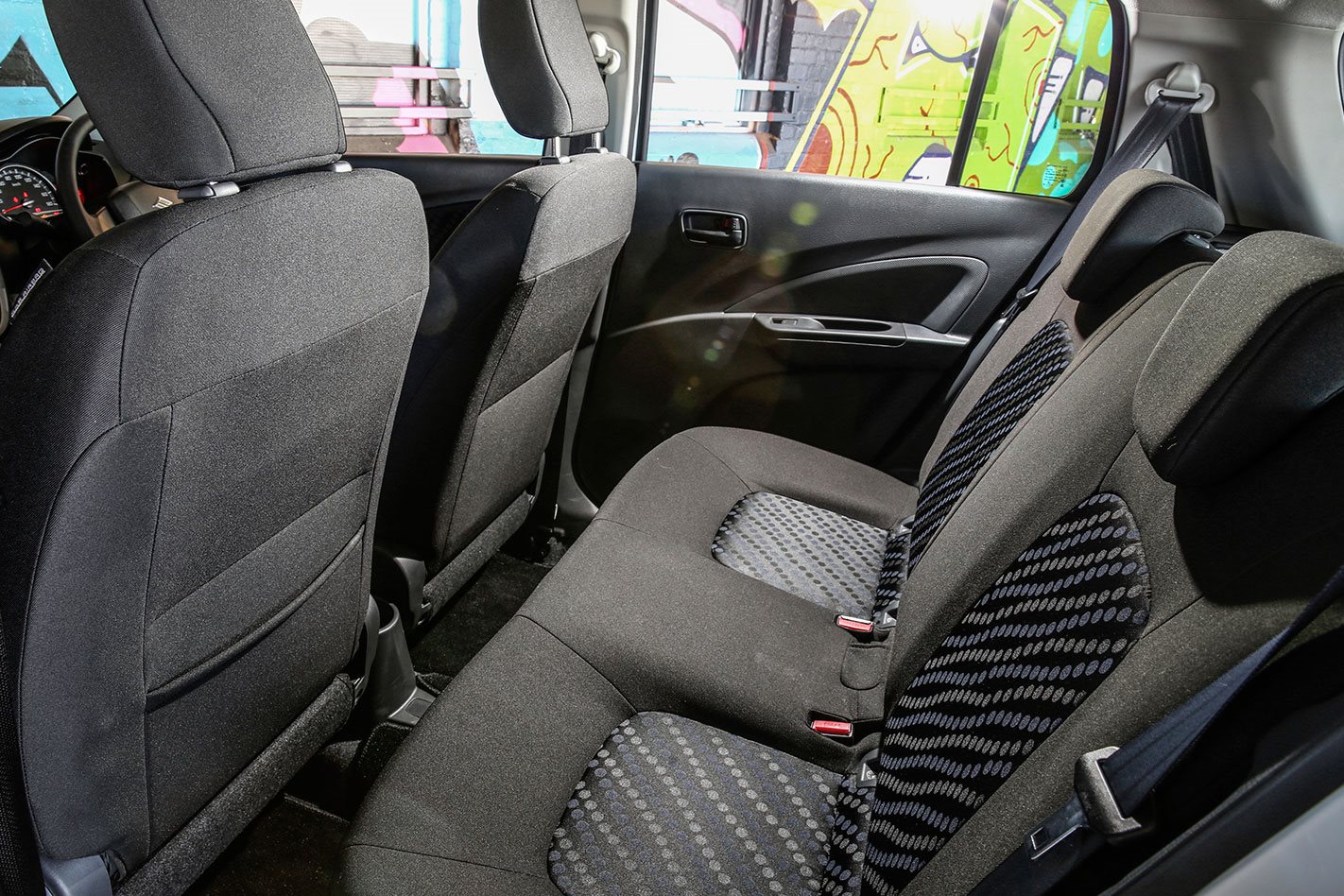 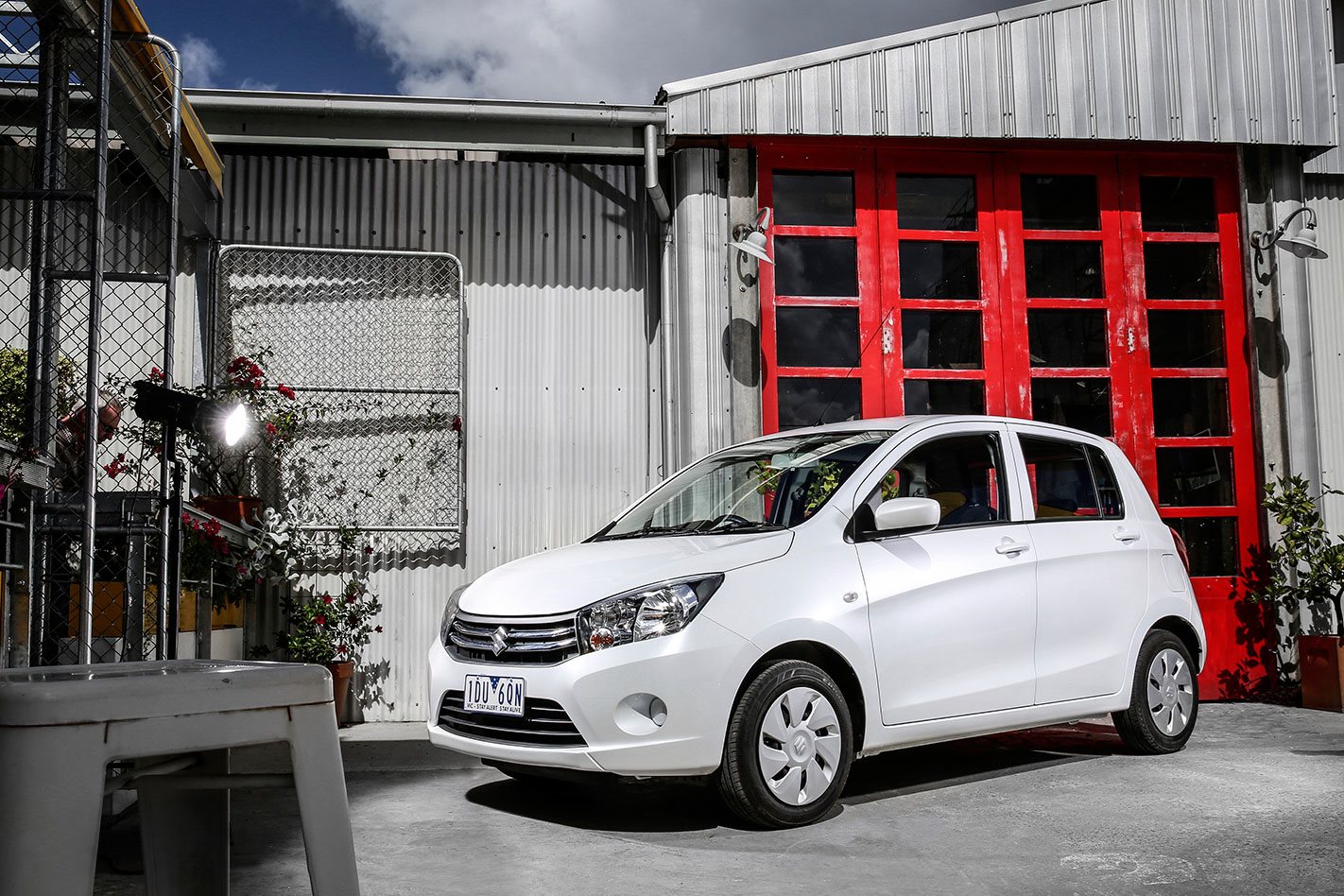 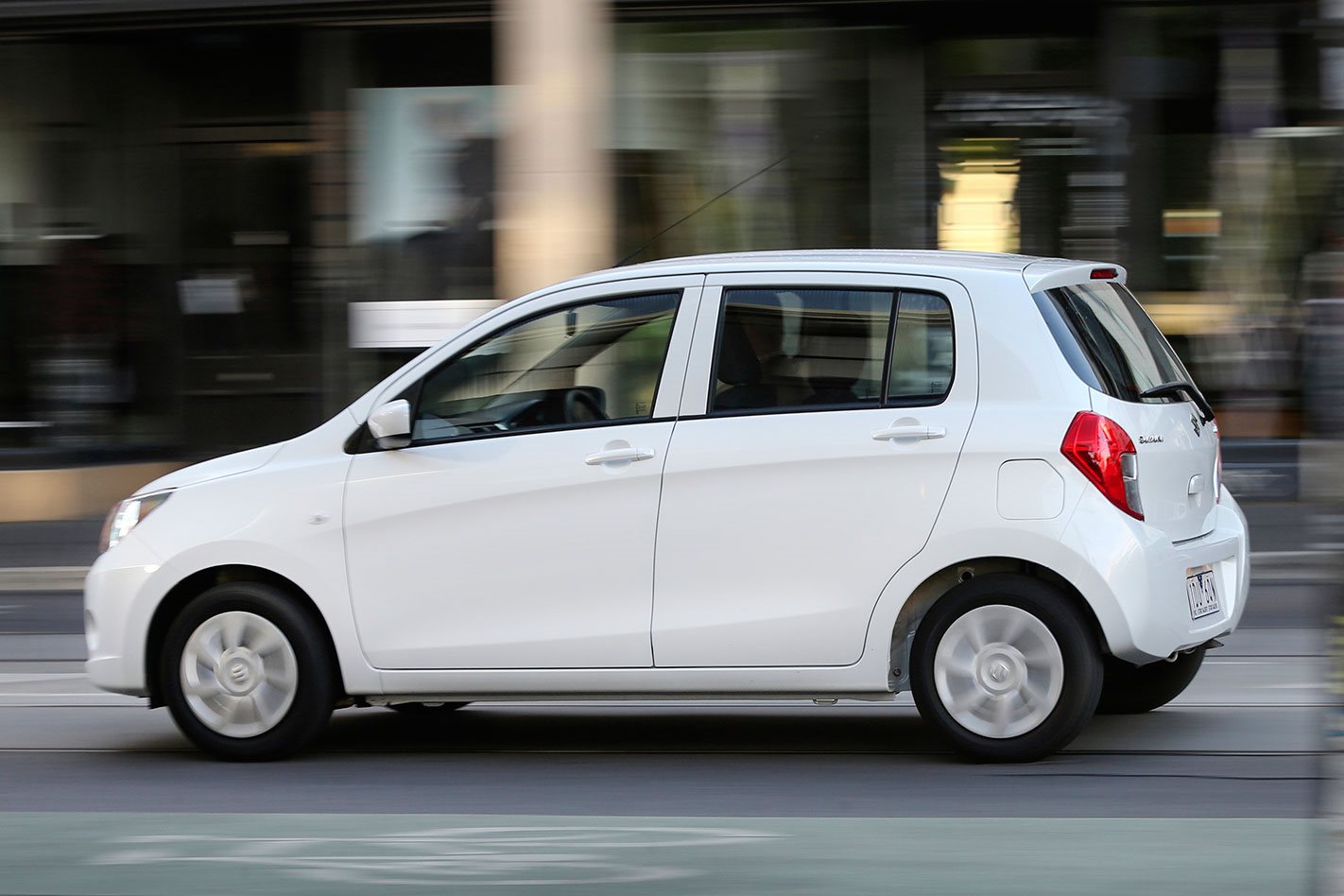 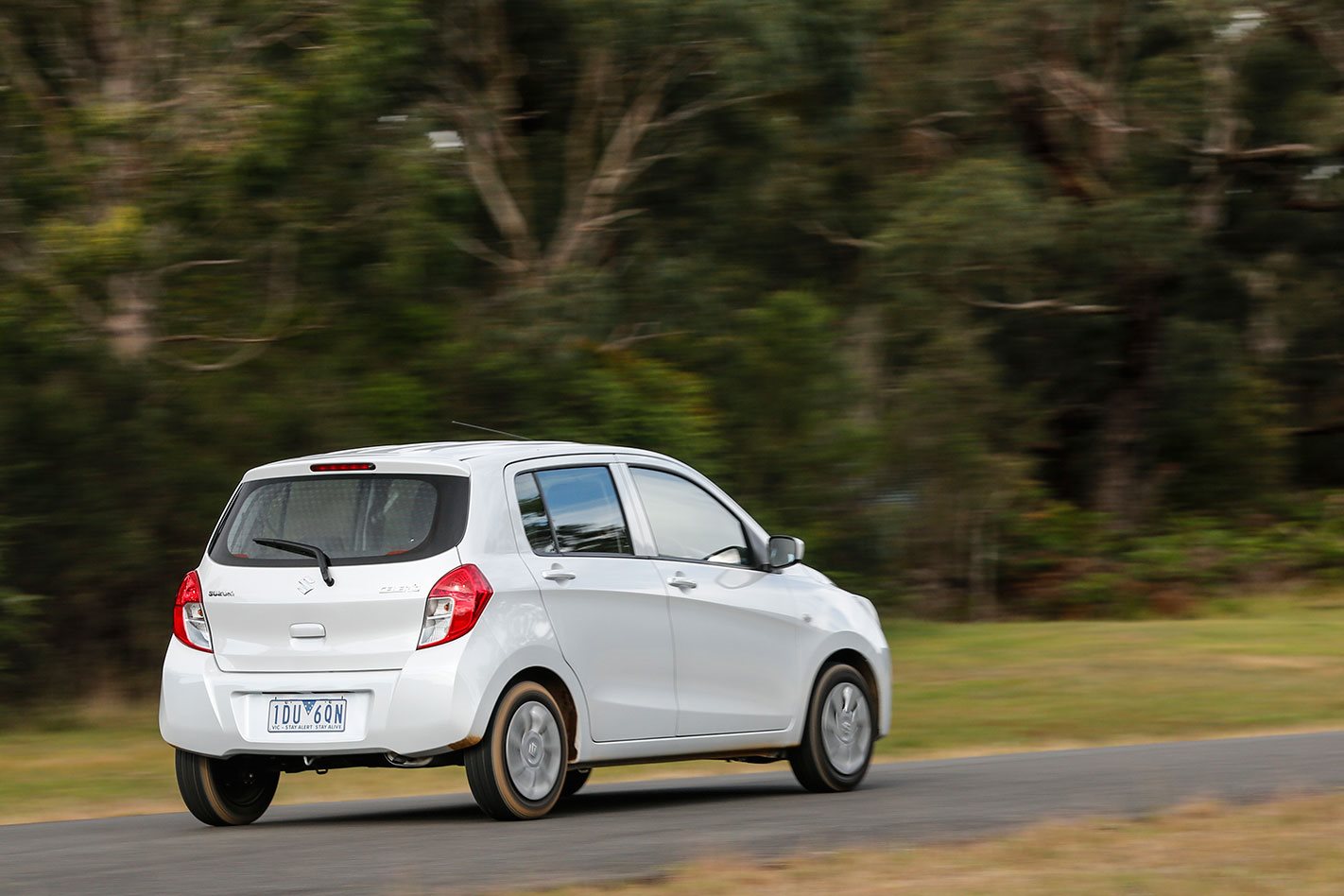 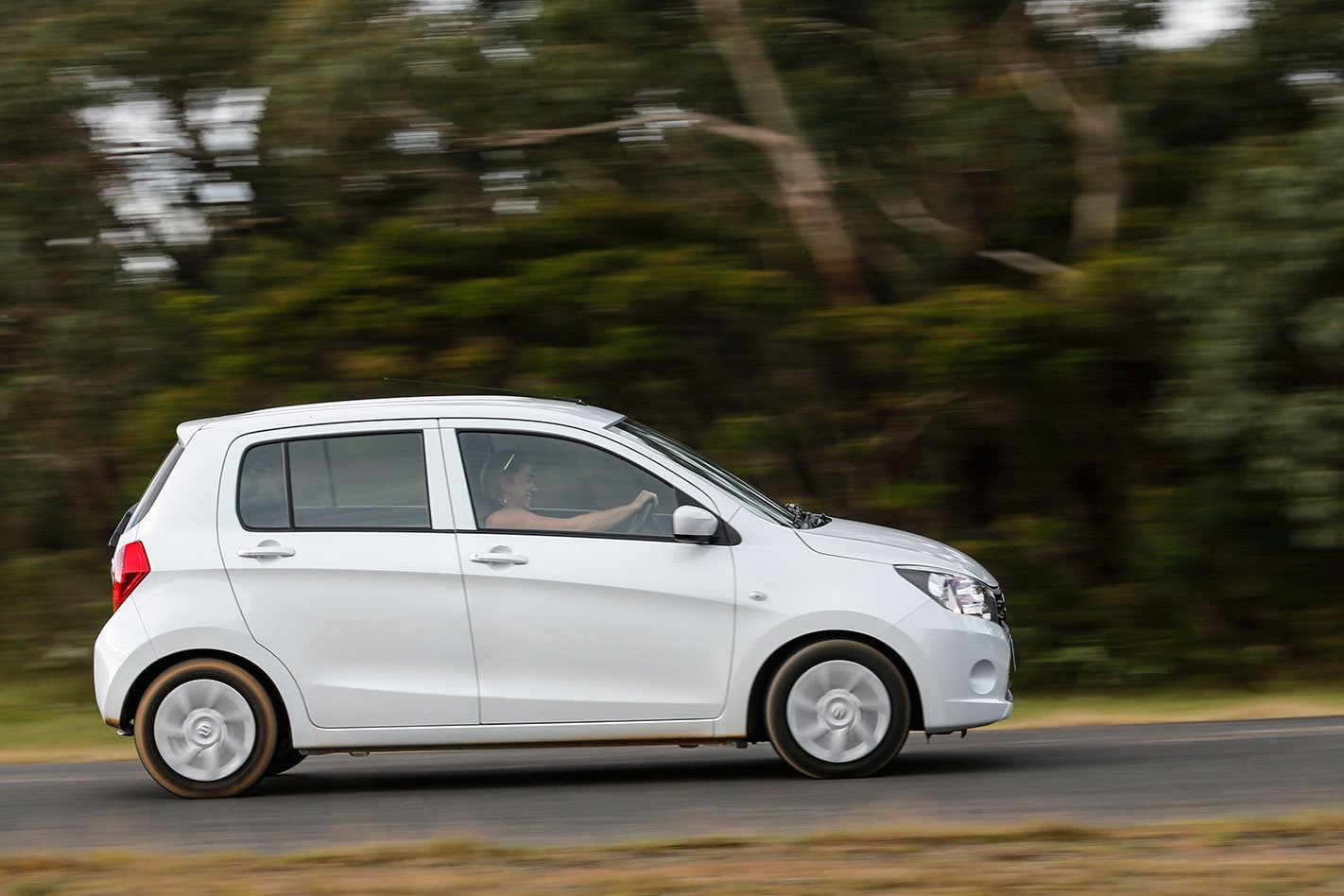 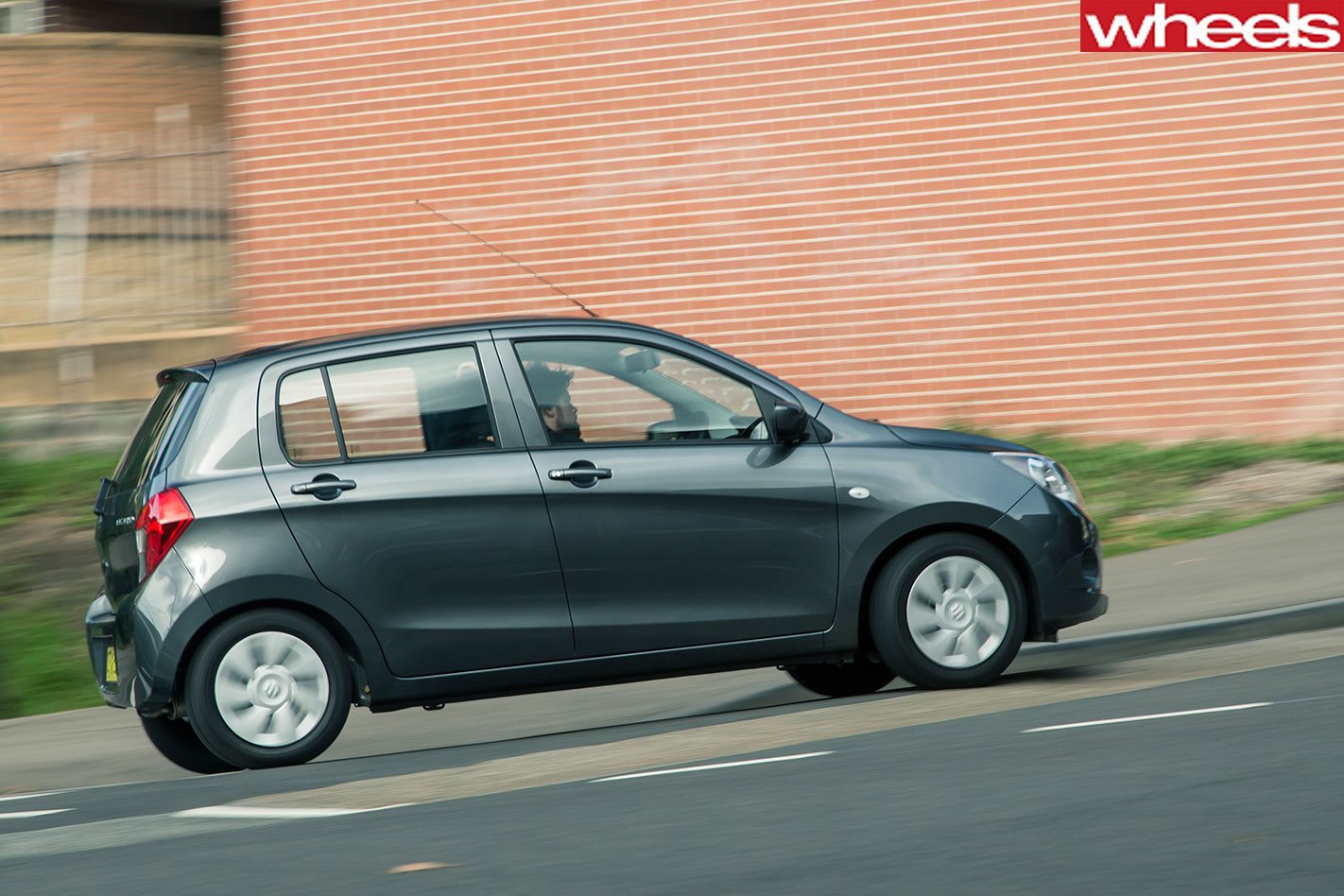