By David Bonnici and WhichCar Staff

The Suzuki Jimny is an attractively styled, low-cost, fun 4WD wagon that will go just about anywhere. It is built tough (on a truck-style chassis) and comes with dual-range gearing, which means it will thrive in off-road conditions that would stop or damage other small SUVs. As well, the Jimny’s compact dimensions make it easy to manoeuvre and to park in tight spots. While great off road, it comes with equipment to make it a handy runabout around town such as Apple CarPlay/Android Auto and autonomous emergency braking.

That rear passengers can’t get out unless you do. There are only two side-doors.

That you can’t take the kids camping in your Jimny, without towing a trailer. The Jimny is tiny inside, seats only four at best, and has minimal luggage space – about enough for a couple of overnight bags. To carry much more you need to fold down the rear seatbacks, which leaves seating for just two.

The sense of déjà vu if you’ve ever driven an older model Suzuki Jimny or Sierra. Apart from the touchscreen the interior looks and feels incredibly similar to its predecessors going back to the 1980s.

How noisy it is on the highway. The engine is quite small and has to work hard at open-road speeds.

The Jimny comes only as a three-door, four-seat, SUV-style wagon.

It has part-time four-wheel drive, which means you can drive all four wheels but on soft or otherwise slippery surfaces. On normal sealed roads, the Jimny can be used in two-wheel drive (via the rear wheels).

The Jimny is classified as a small SUV, lower priced.

What features do all Jimny versions have?

Climate control air-conditioning, and central locking (you can lock the doors by pressing a key-fob button).

Roof rails that make it easier to mount luggage systems.

Fifteen-inch wheels made from aluminium alloy, which are lighter than wheels made of steel. A full-sized spare wheel and tyre.

Six airbags, and electronic stability control. (For the placement of airbags, and more on the Jimny’s safety systems, please open the Safety section below.)

The Jimny comes with a five year, unlimited-kilometre warranty.

There’s only one engine available in a Jimny, a 1.5-litre four cylinder. It gives its best performance and economy on premium (95 octane) unleaded petrol, but it will run satisfactorily on regular petrol or E10.

It is a smooth engine that propels the lightweight Jimny in a lively manner around town and supplies enough urge for secure highway cruising, though. It does rev a little high in top gear when you’re driving at highway speeds though, and you need to put your foot down on the open-road and hills.

When the engine is mated to the five-speed manual gearbox it uses 6.4 litres/100km in the official government test based on combined highway and city driving, and slightly more in the real world. With the optional four-speed automatic, it consumes 6.9 litres/100km combined.

The least costly Jimny comes with a five-speed manual gearbox and the equipment common to both Jimnys.

The only feature you can spend more on, apart from premium and two-tone paint, is an automatic gearbox, in this case, a four-speed unit.

The down side of the auto gearbox is slightly greater fuel consumption. Auto Jimnys use about 8.0 percent more fuel than the manuals.

Only white paint is available without paying more money. The other colours are metallic and cost extra, as does opting for a two-tone finish.

How comfortable is the Jimny?

The overriding first impression when you climb into a Jimny is that this is a very small car. The tiny cabin is basically equipped, although well finished with the typical Japanese attention to detail.

The cabin is relatively tall, however, and the upright seating position gives good vision over the bonnet and out to the sides of the car.

The driver’s seat is comfortable, but the steering wheel only adjusts up and down.

The Jimny is light and easy to drive, especially as an automatic. Its compact size and great vision make it particularly easy to manoeuvre in tight carparks and the like, something that drivers who are inexperienced or not very confident will appreciate.

The Jimny doesn’t have a lot of power but because it is very light it gets off the mark quite well. You can keep up with traffic in town without working it hard.

Out on the open road it also gets along with the traffic, but it doesn’t have much overtaking power and on some hills you will need to work it hard. This means using a lot of accelerator and changing down a gear or two to let the engine rev freely.

What about safety in a Jimny?

Safety is not a Jimny strong point by comparison with most other cars, with the Australasian New Car Assessment Program (ANCAP) giving it just a 3-Star rating in January 2019.

The low score is mostly attributed to relatively poor pedestrian detection (52 percent). And despite having autonomous emergency braking (AEB), it only received a 50 percent mark for safety assist as the AEB did not have night-time functionality or cyclist detection.

Anti-lock braking and electronic stability control are also included – both features are mandatory on all new cars.

The Jimny also features lane departure warning, that alerts you when you stray over the line, and a reversing camera.

The Jimny is a surprisingly fun car to drive in the city and suburbs, and even on a winding road – mainly because it’s so light and manoeuvrable.

However, it rides high and sometimes feels a little unsteady on its truck-style chassis, which at each end suspends the wheels on a solid axle running across the full width of the car. All other small SUVs mount their wheels on shorter, lighter, hinged arms that allow them to move independently, and as a result bring you a smoother ride and more control on bumpy roads.

The good thing about the solid-axle chassis is that it’s ideally suited to off-road driving, as it allows the wheels to move up and down a long way to maintain contact with rough ground.

The Jimny also has plenty of clearance under the chassis, while the front and rear bodywork does not stick out far beyond the front and rear wheels – meaning you can nudge up to and over steep obstacles without grounding the bumpers.

With all that going for it, and its low weight, the Jimny will just about go anywhere off road – sometimes to the embarrassment of more expensive and sophisticated 4WD vehicles.

Switching between two- and four-wheel-drive is simple. You use a shifter between the front seats to select 2WD or 4WD, which can be operated while driving. To select low-range 4WD, which makes it easier to drive very slowly off road, you need to stop the car first so that the low gears can engage.

Hill descent control helps negotiate steep descents by automatically controlling the braking so you can concentrate on steering around obstacles.

If you puncture a tyre, you can swap it for the Jimny’s rear-mounted full-size spare without unloading the car.

Owners can also feel secure in the Jimny’s toughness and durability, with previous generations earning an excellent reputation for reliability.

Access to the Jimny’s two rear seats is via the front doors – after the backrest of a front seat has been folded forward, and the seat-base slid forward. Getting in and out is easy enough for children and small, agile adults, but difficult for anyone else.

Provided the front seats aren’t occupied by big adults, the leg room at the back is okay. But once either front seat is slid back to accommodate a tall person, there’s little leg room left at the rear.

The tall cabin does, however, make for decent headroom in the back, and there’s also sufficient room for two adults width-wise.

Getting small children in and out of car seats in the rear is hampered by the two-door arrangement.

How is the Jimny for carrying stuff?

There’s not much space in the back of the Jimny, about 85 litres with the rear seats in use, so if you’ll have to fold the seats if want to carry anything more than two or three backpack-sized bags.

The two rear seats fold separately, so you have the option of folding down one seat to carry a long item while still seating someone in the other. With both seats folded luggage space extends to 377-litres.

Access to the luggage area is helped by the single rear door opening to the side and out of the way. There are however no cargo tie-down points in the rear. The rear door carries the spare wheel, which makes the door heavy to open on steep side-slopes.

The Jimny is rated to tow 1300kg, which means it can haul a decent-sized trailer. That offers some compensation for the paucity of luggage space inside.
.

Where is the Jimny made?

The Suzuki Jimny is made in Japan.

That depends on what you think of as a similar car. The Jimny is the cheapest 4WD vehicle by a good margin, and it is also the most capable small 4WD off-road.

Nothing else will get you off the beaten track in such a cost-effective way. (The only small SUV that approaches the Jimny’s off-road capability is the much more expensive Jeep Renegade Trailhawk).

If you’re choosing a Jimny for mostly on-road driving, be aware that you will find many additional features in other small road-focused SUVs, such as height adjustment for the steering wheel and more interior space to accommodate rear passengers and some luggage. And most will carry you down the highway in a much more relaxed manner.

On the safety front, most small SUVs now come with more advanced active safety features and a 5-Star ANCAP rating.

I like the Jimny, but I can't choose which version. Can you help?

The Jimny with the five-speed manual gearbox is the pick of the two available versions. As well as costing about $2000 less than the auto, it provides a more engaging drive and better engine management on and off road.

Are there plans to update the Jimny soon?

No, the fourth-generation Suzuki Jimny launched in Australia in late 2018 for the 2019 model year. If the previous generation model is a guide, expect any changes to be few and far between.

Suzuki introduced a five-year/unlimited kilometre warranty for the Jimny and all other models purchased from October 1, 2019. This replaced the three-year/100,000km coverage. 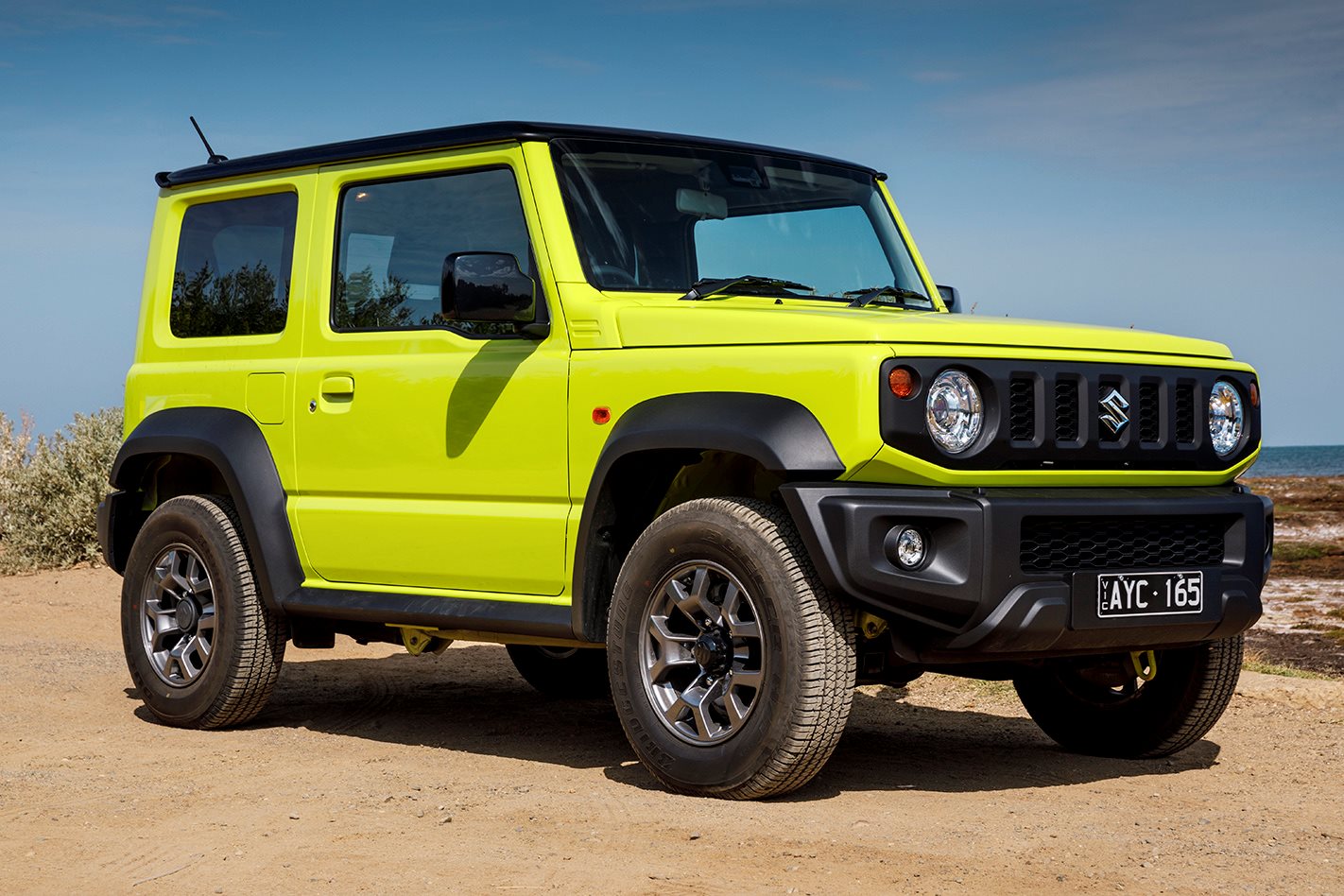 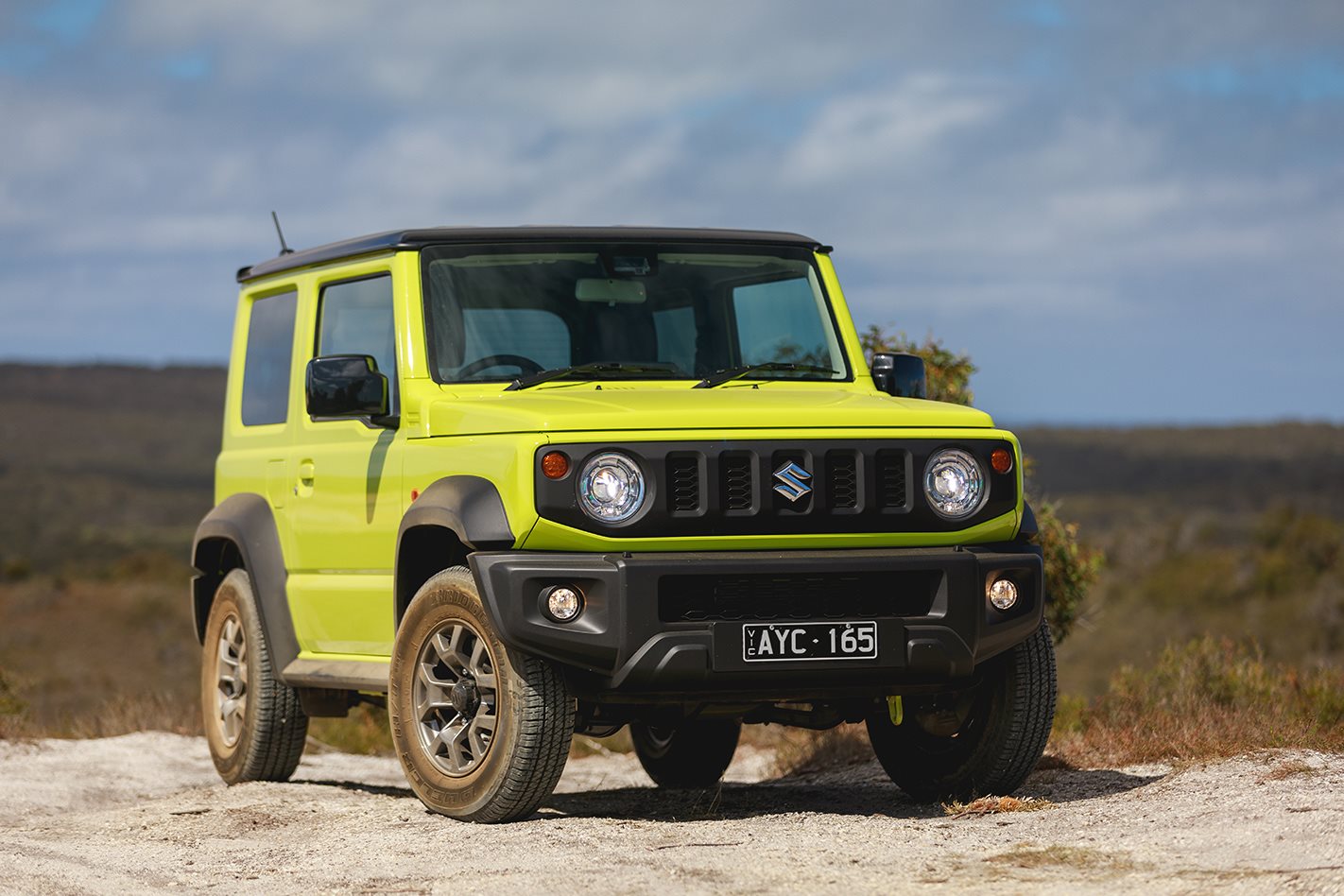 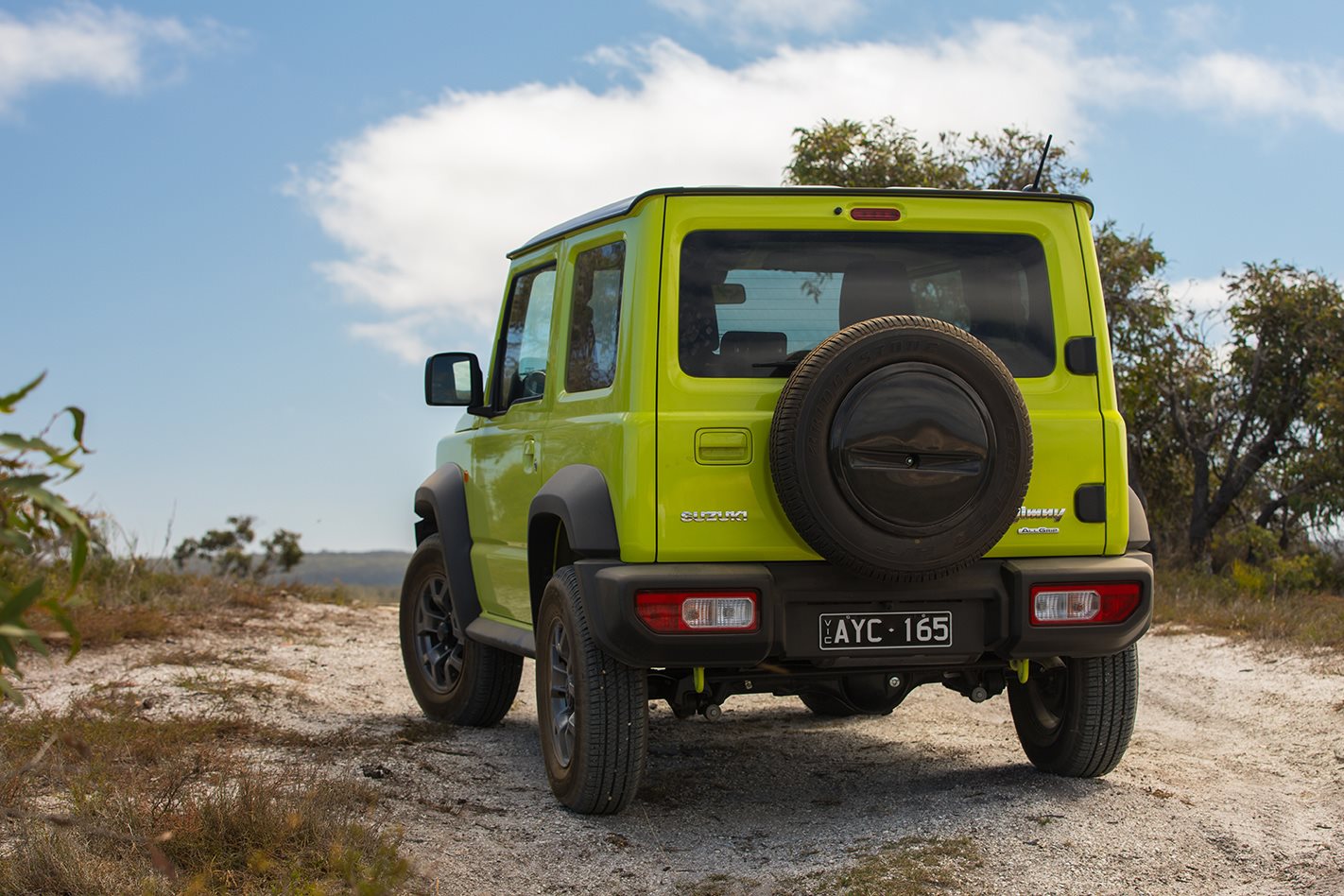 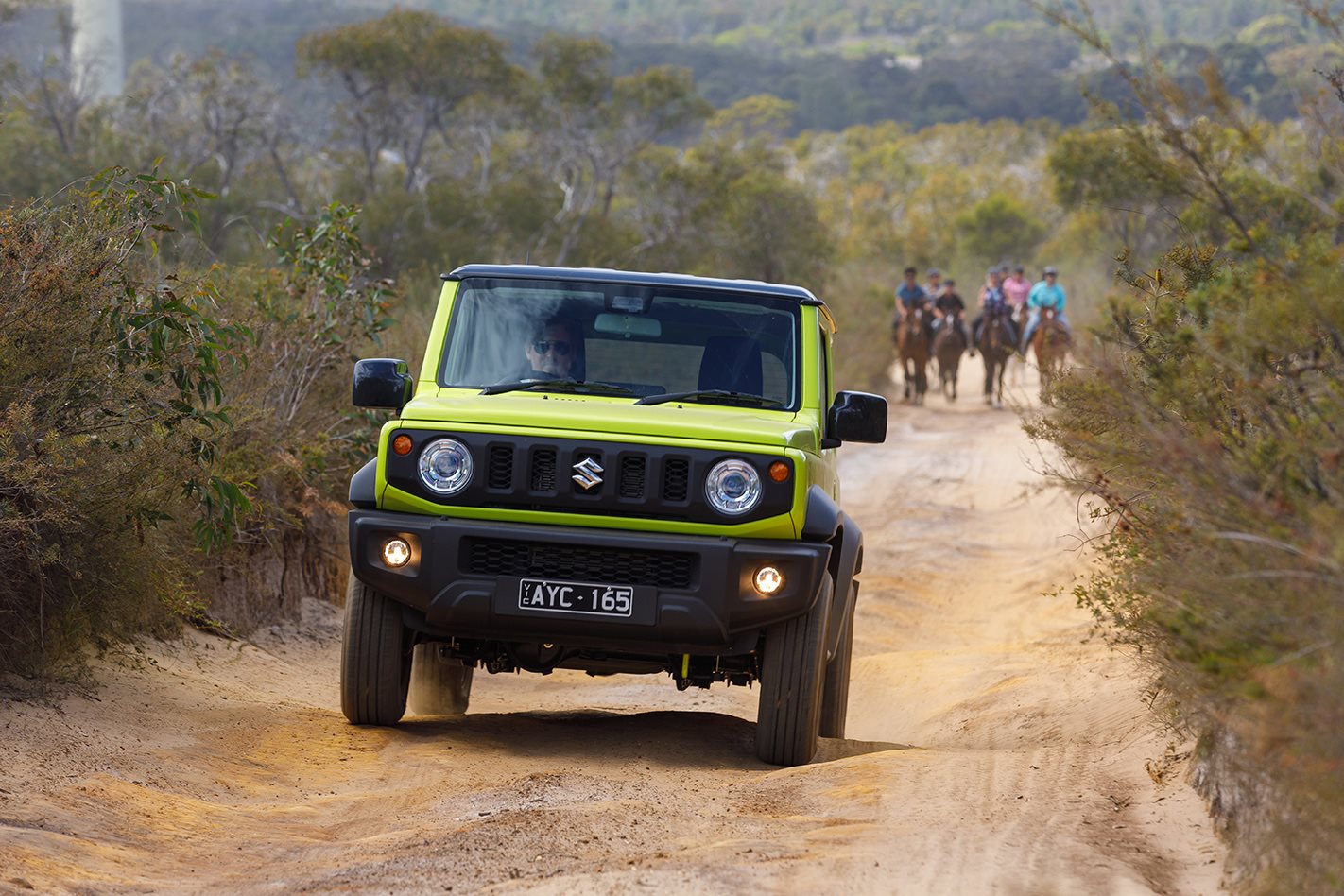 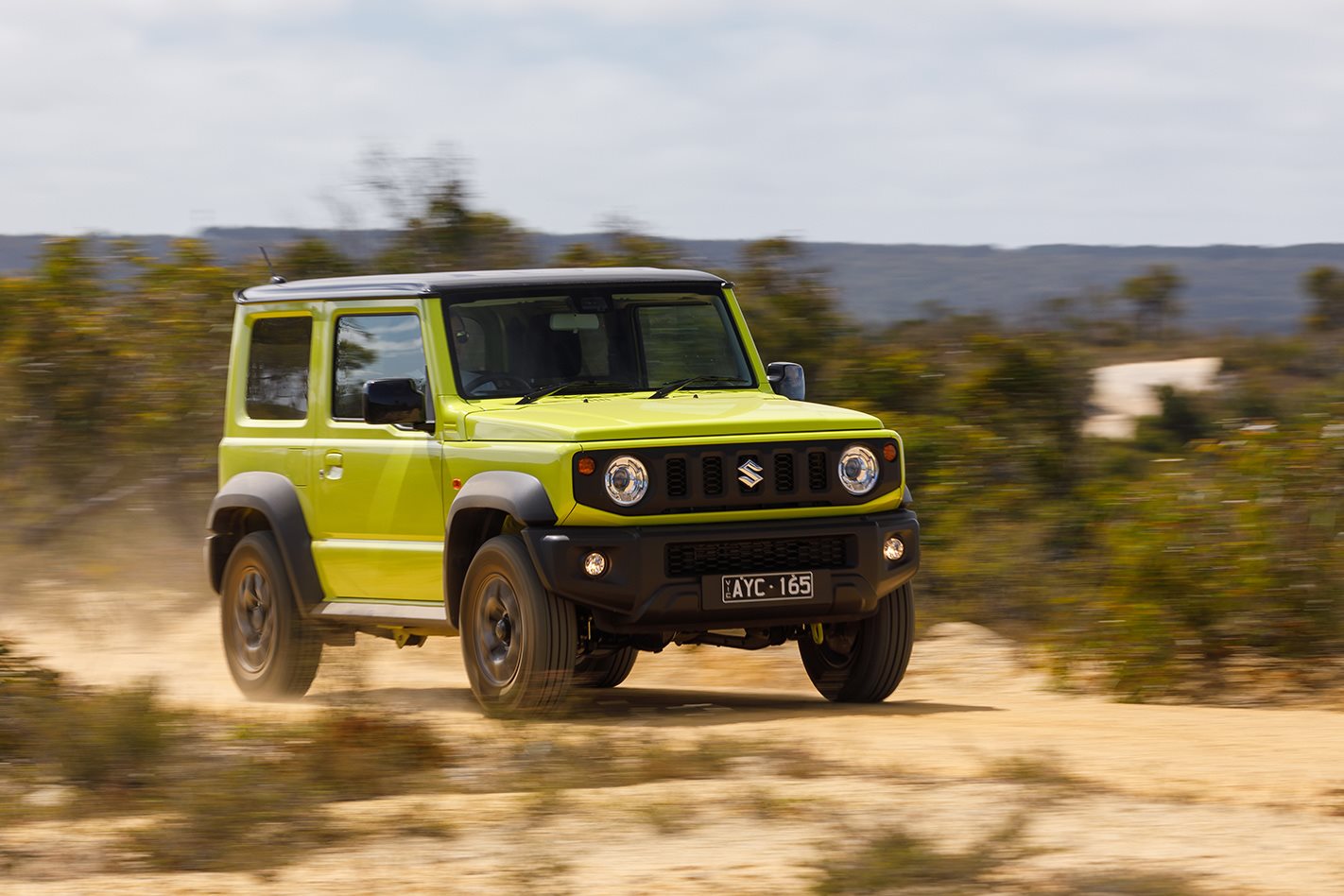 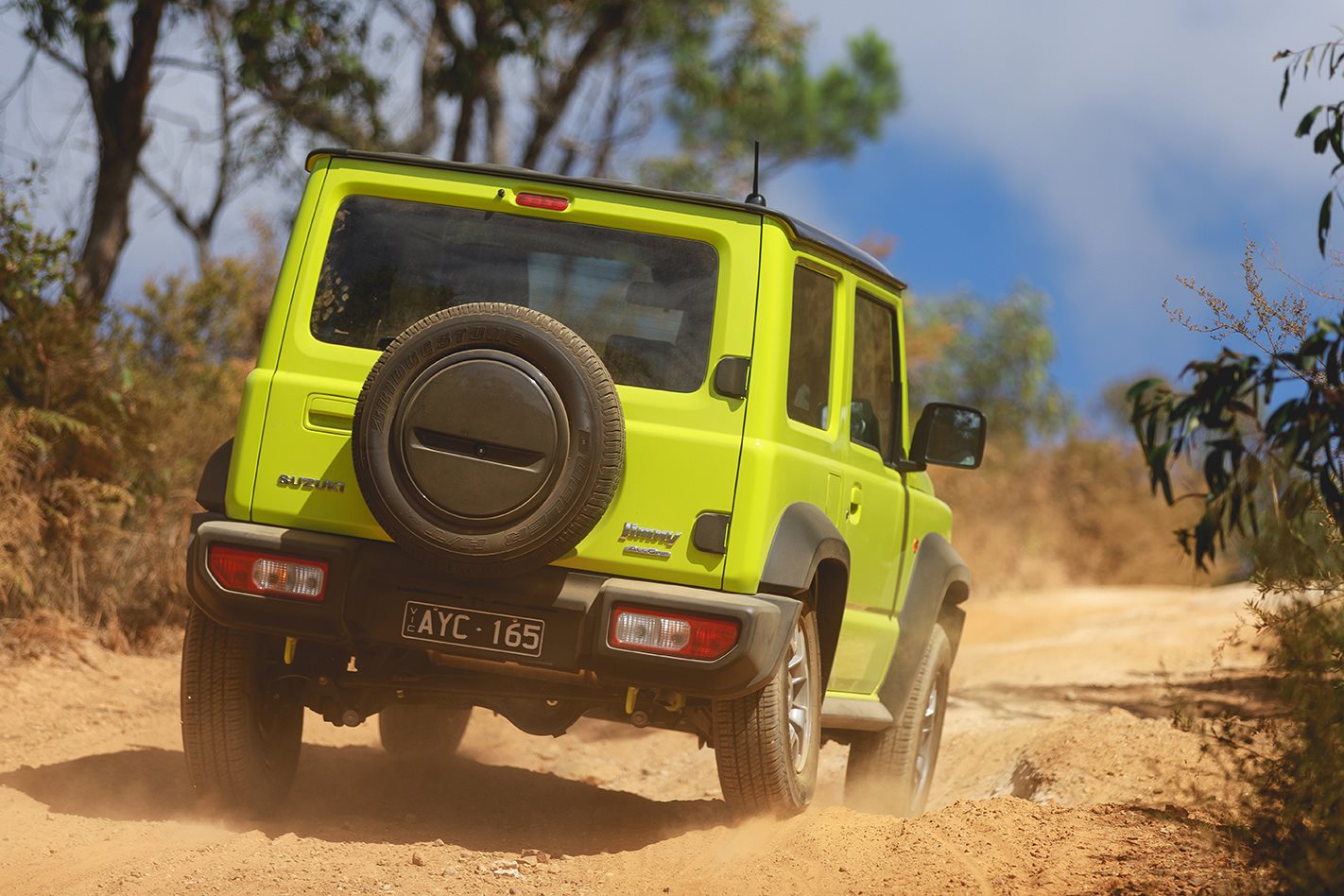 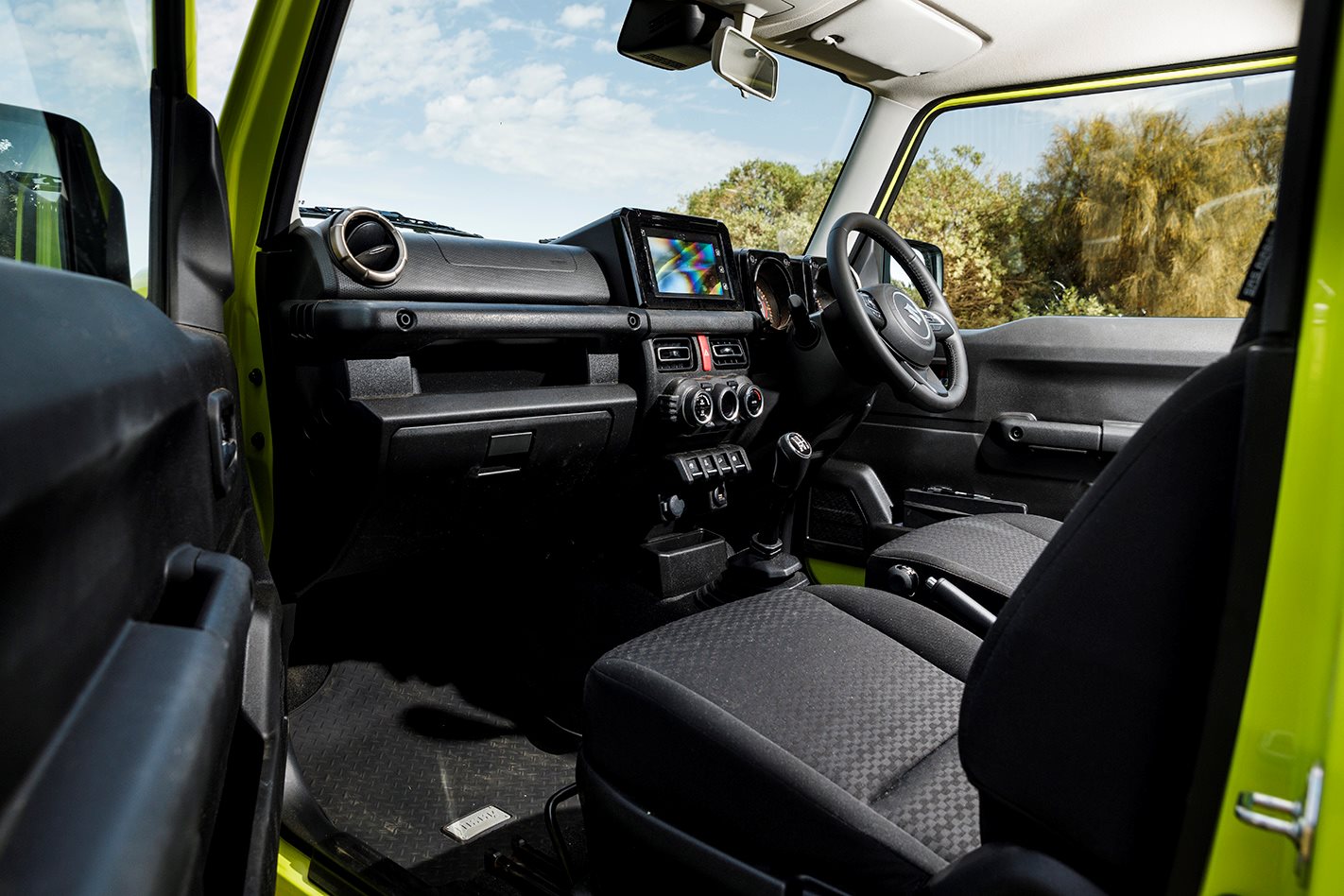 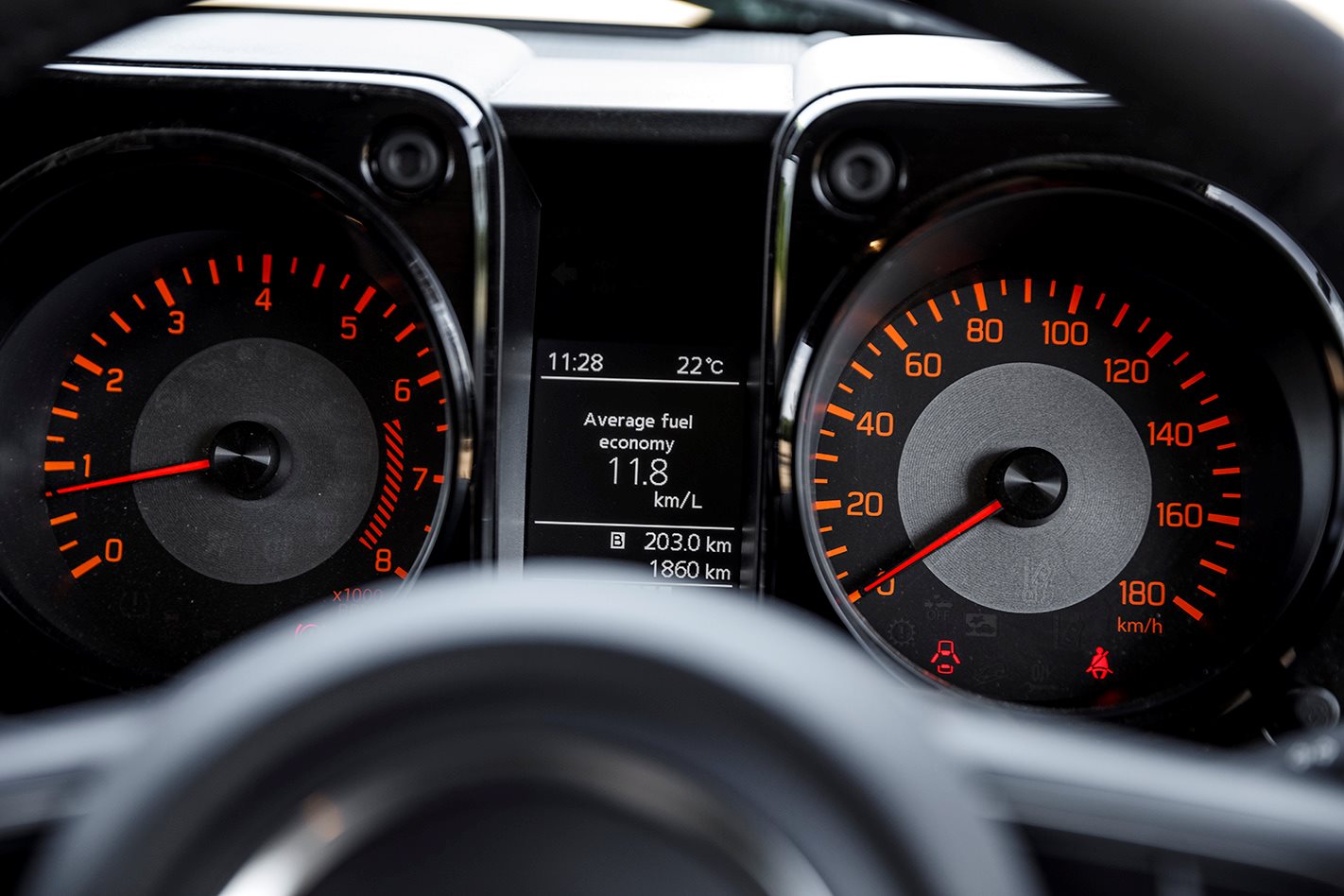 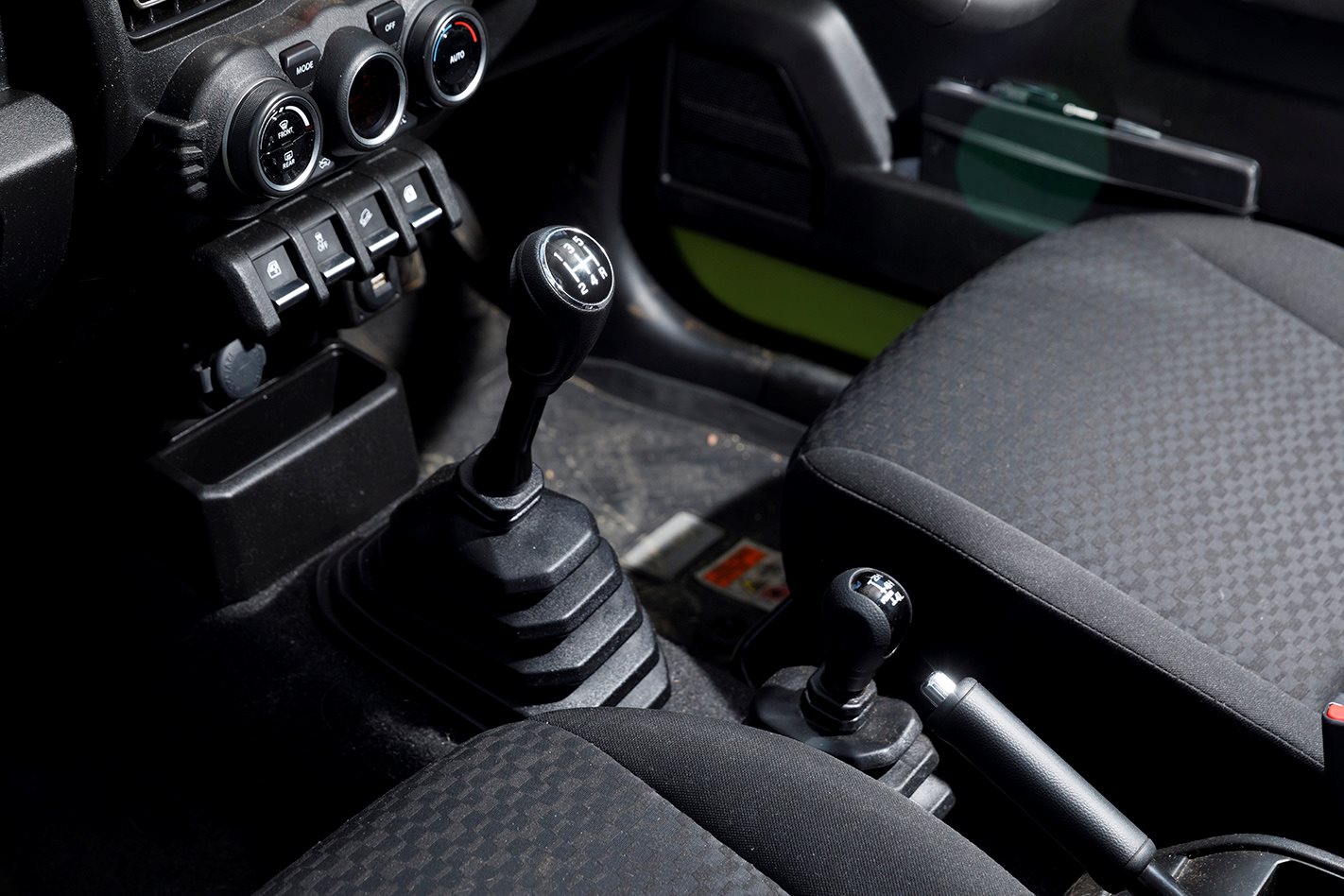 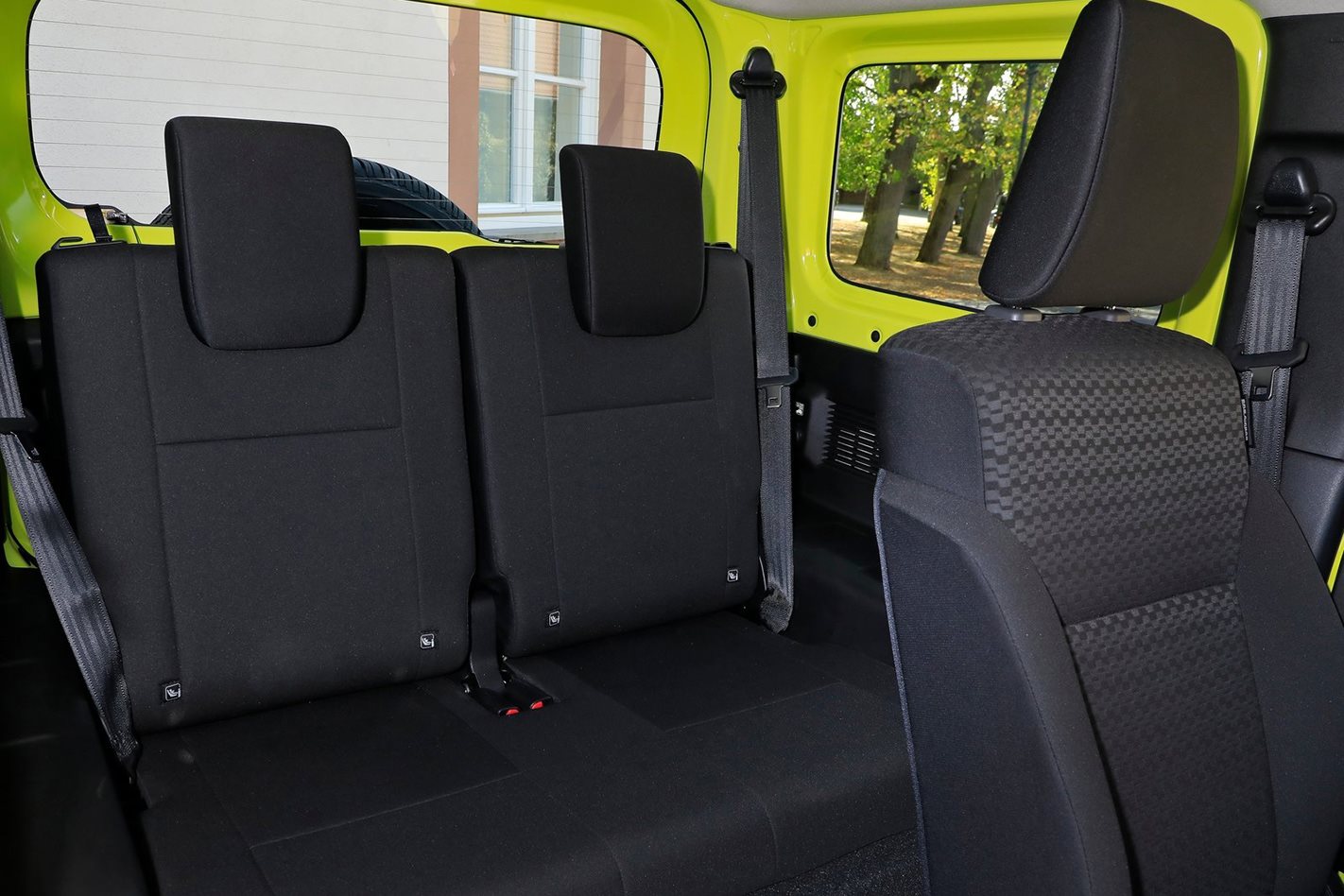 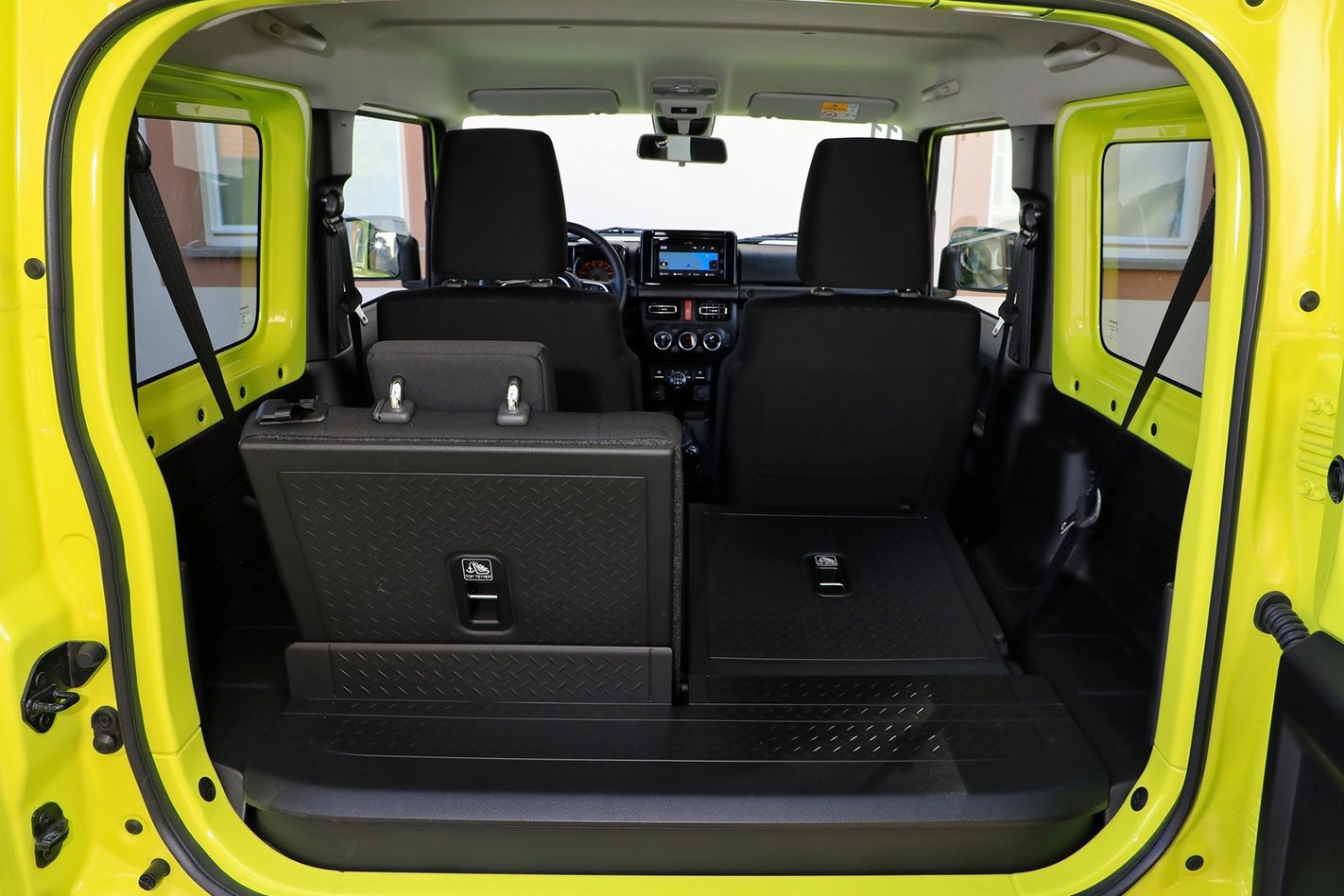 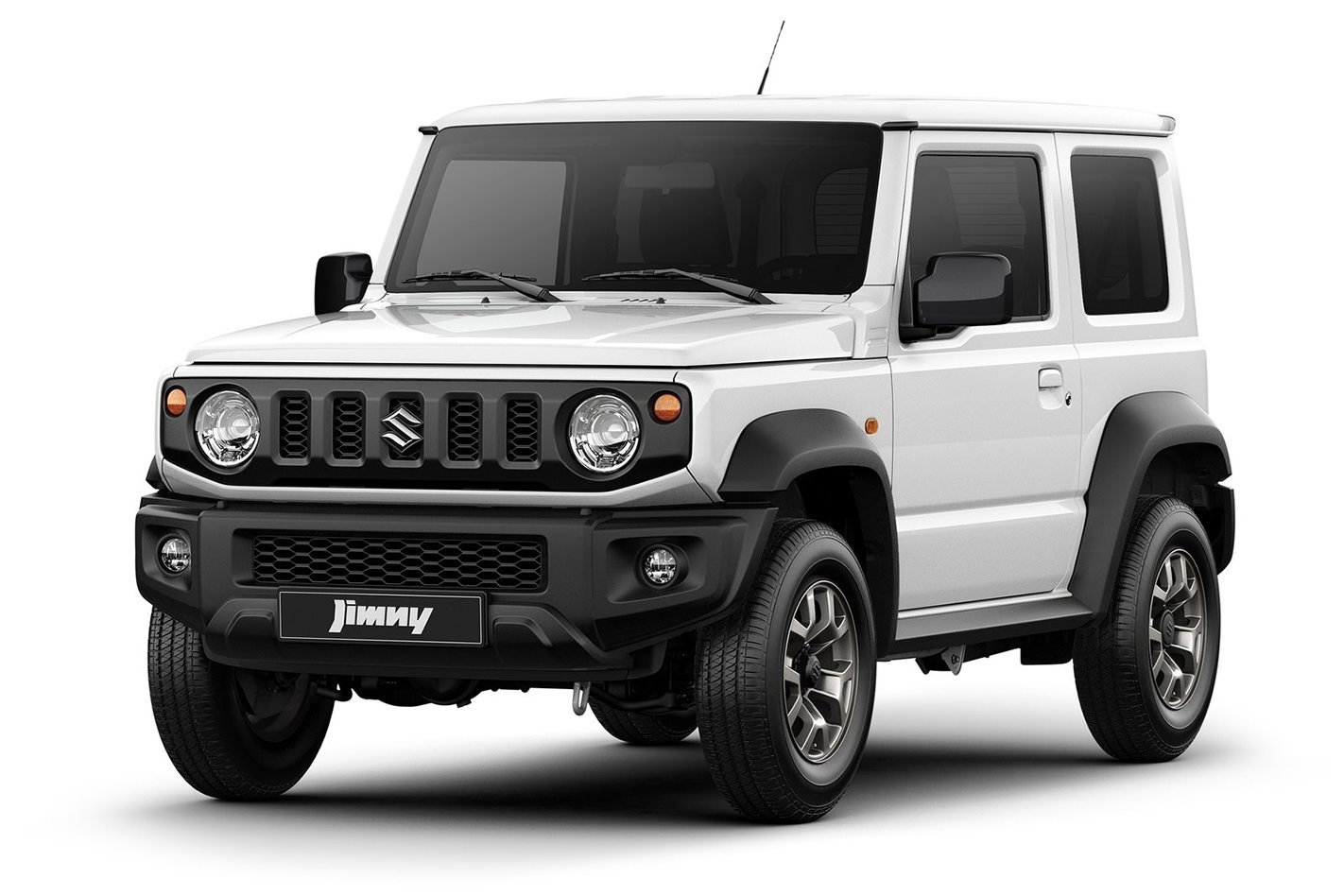 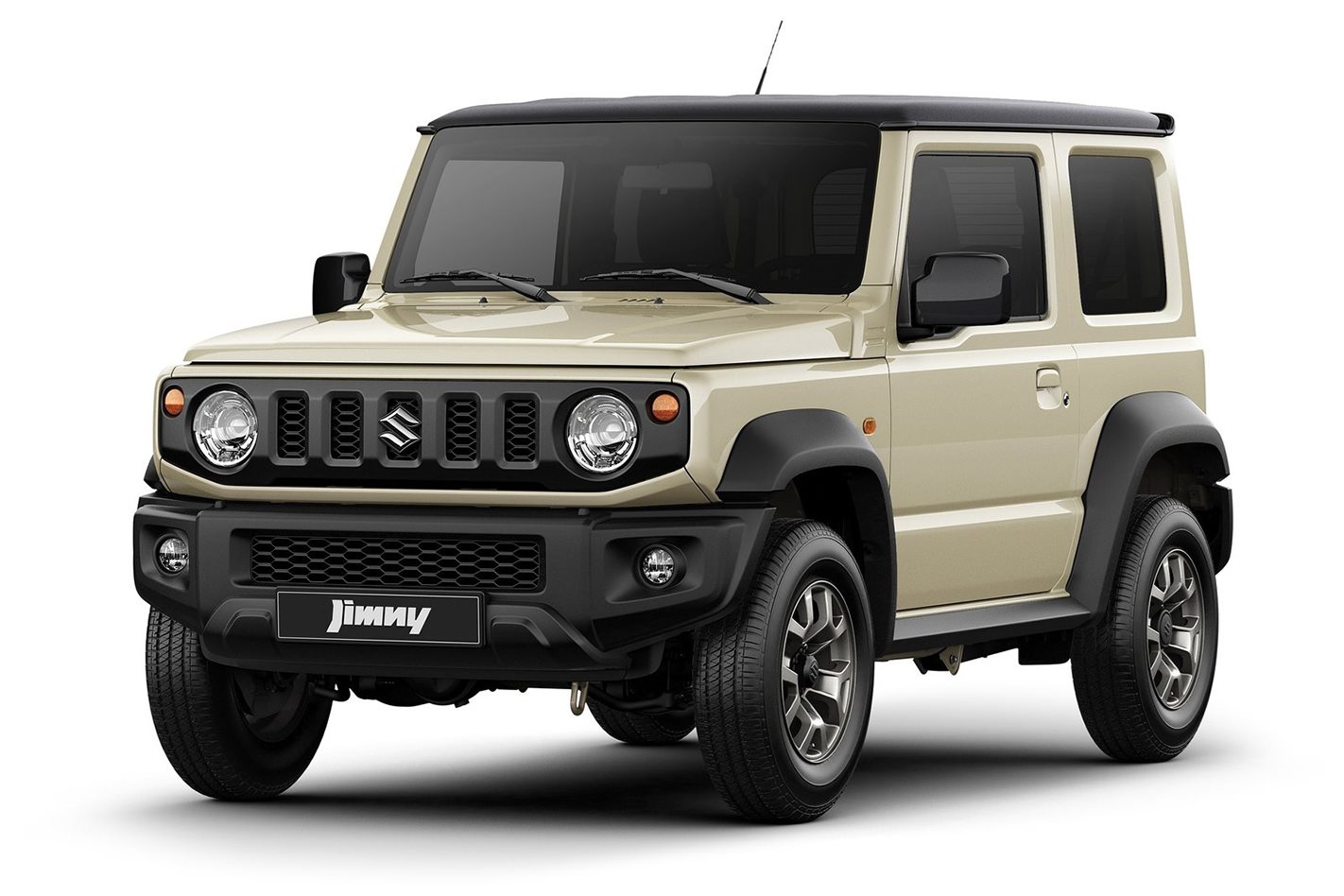 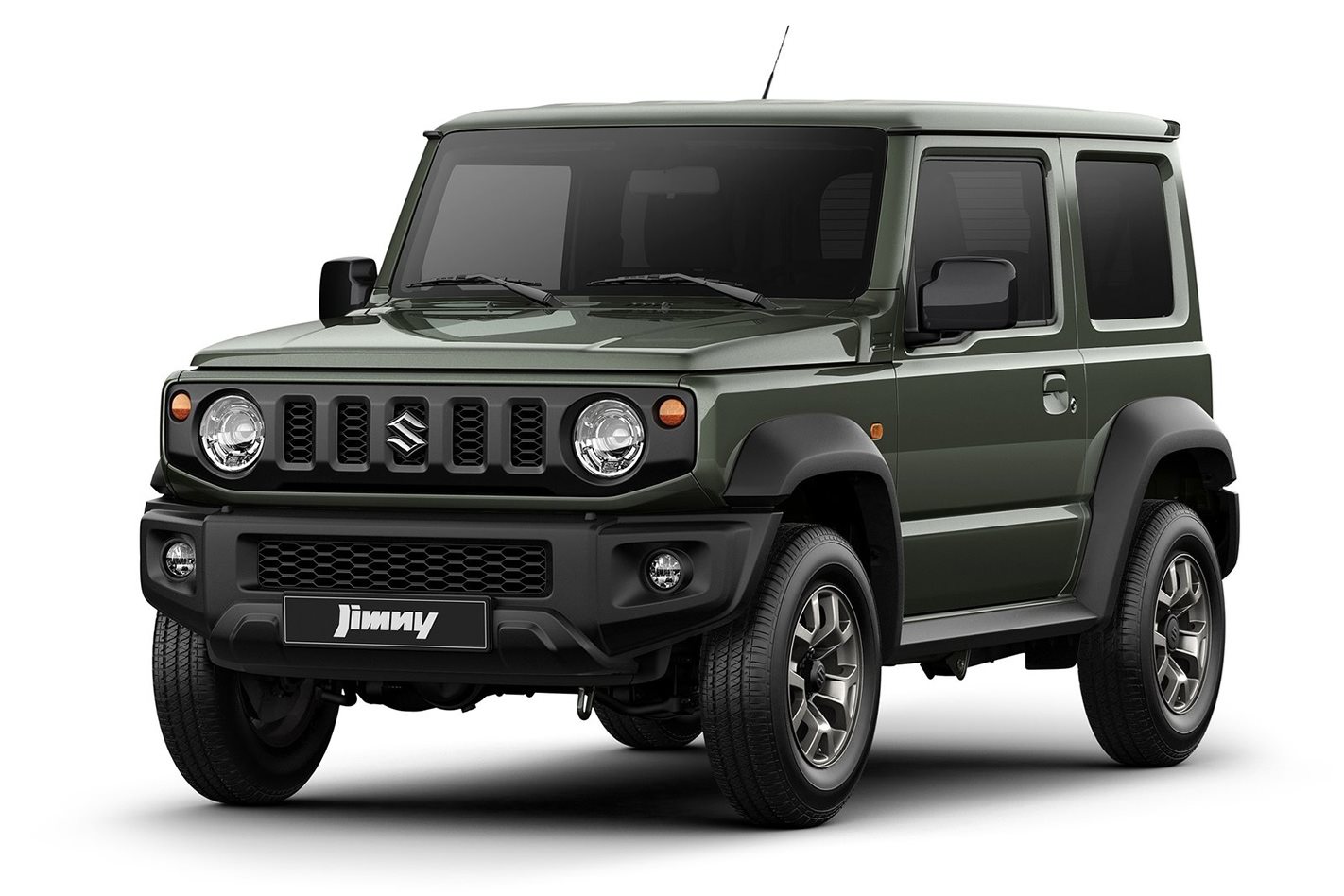 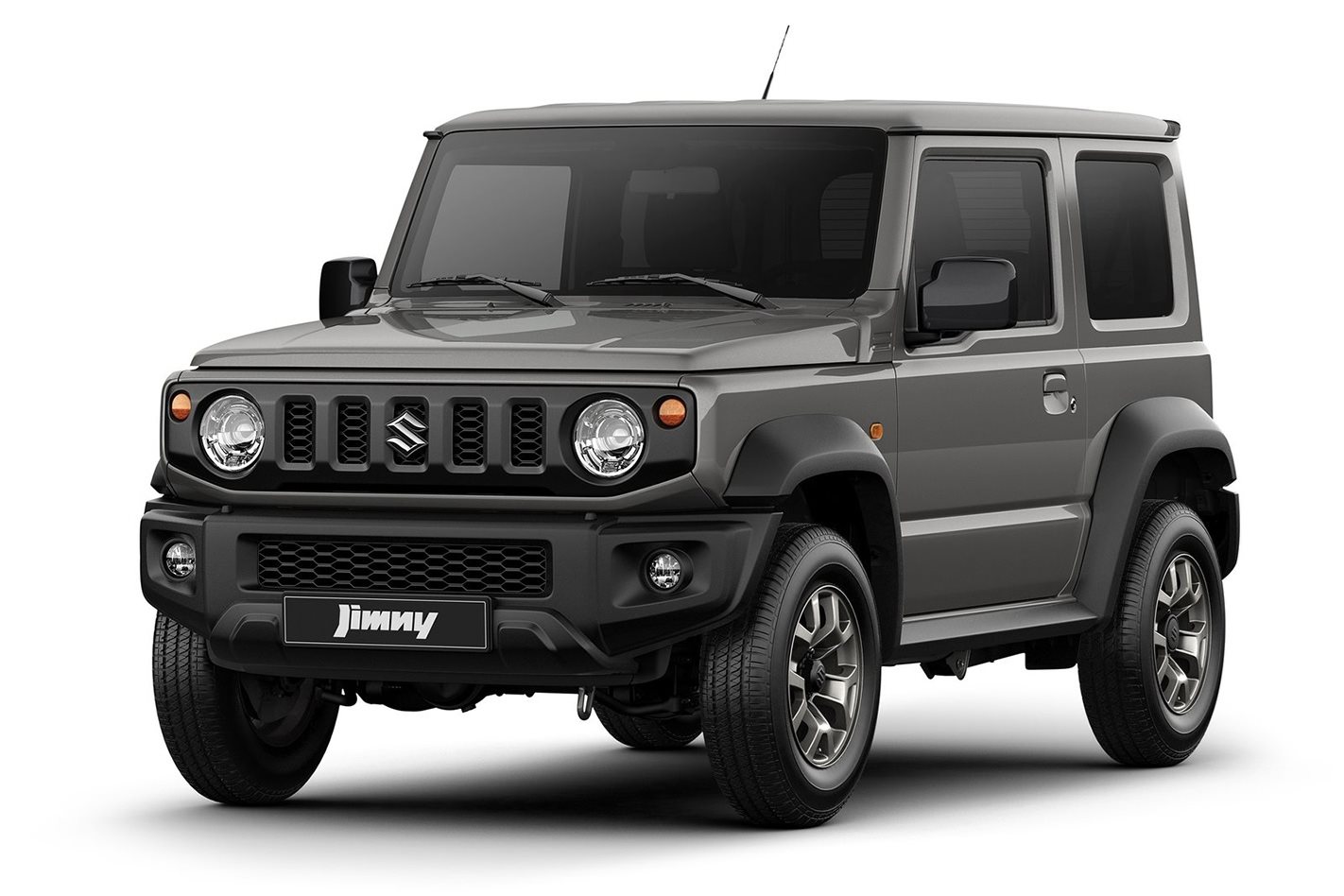 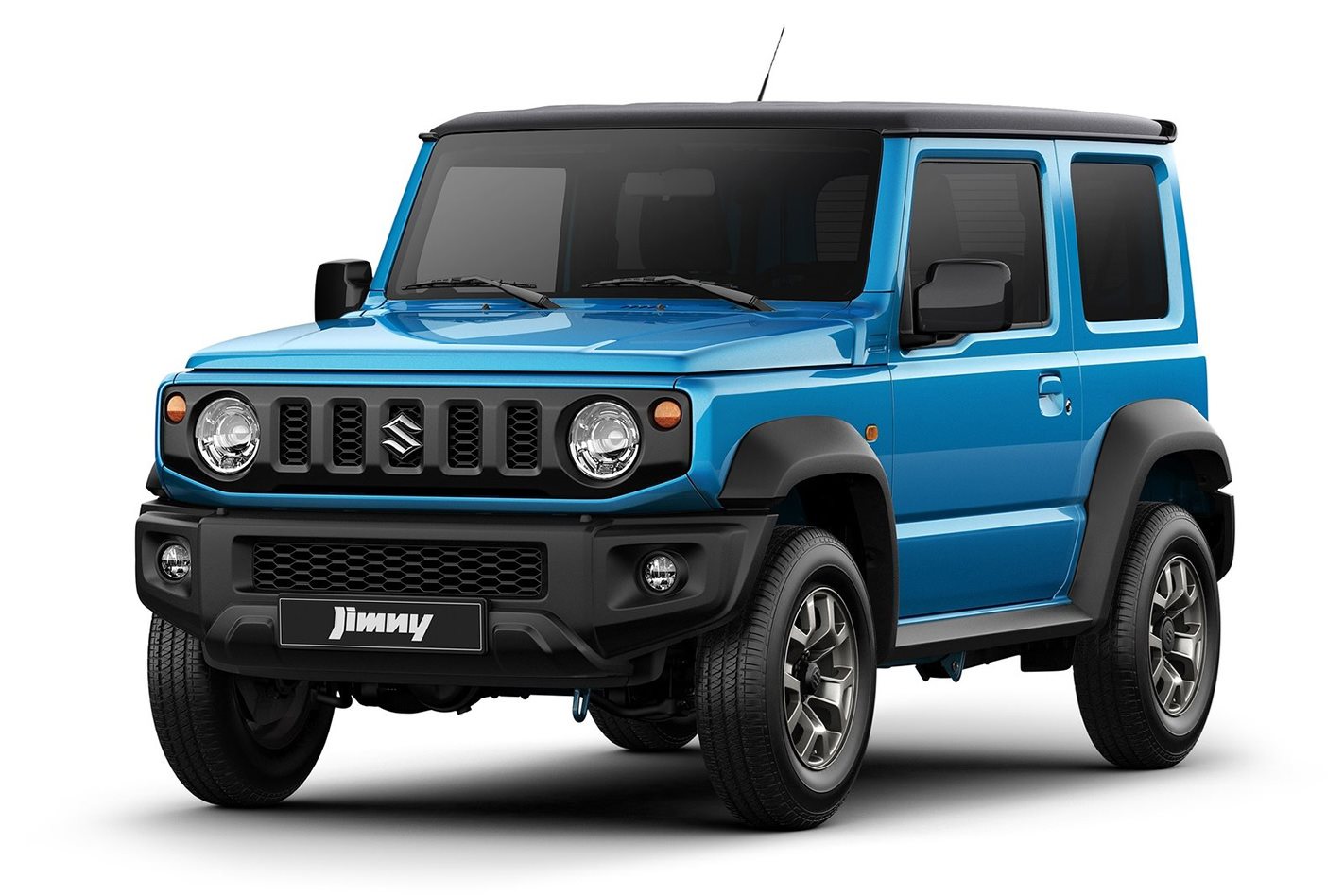