Toyota’s lauded hybrid tech is now available in the Corolla hatch, for a relatively meagre price compared to Prius and Prius V hybrids.

It’s the Toyota Corolla you know, and possibly already love, now with added electricity. Hybrid technology made mainstream by the Toyota Prius has now trickled down to the humble Corolla hatch. It’s a more accessible offering than the flag-bearing Prius, retaining economical and practical values without attracting attention while wrapping it in a versatile five-door small hatch package. 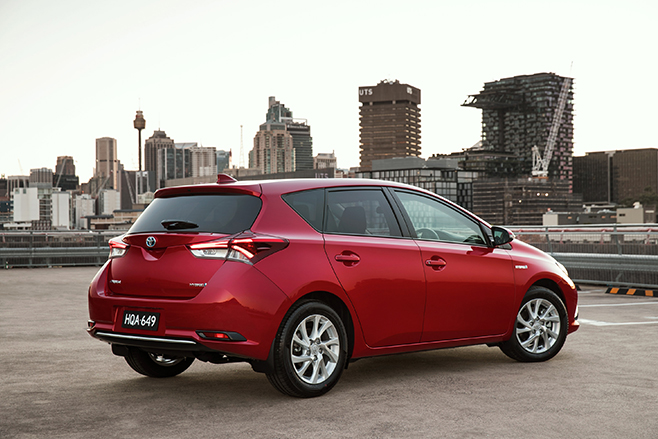 Economy: Fewer visits to petrol stations is what the Corolla Hybrid is all about, and if you’re interested in buying one, chances are using less fuel in the city is what you care about most. Toyota claims combined economy of just 4.1L/100km. The next best of any other current Corolla is 6.1L/100km, though the Corolla Hybrid requires slightly more expensive 95RON fuel rather than the 91RON regular unleaded used by other Corollas.

Price: At $26,990 the Corolla Hybrid is the second most expensive Corolla, but its price looks good when considering its high level of standard equipment and its relative value compared to the Prius ($34,990) and Prius V ($34,490), which share very similar tech and performance.

Practicality: Of course, this is a Corolla, and it retains the quintessential ease of use and family friendly functionality that Corolla buyers seem to love. It’s roomy and well-built, and as strong and reliable as ever. 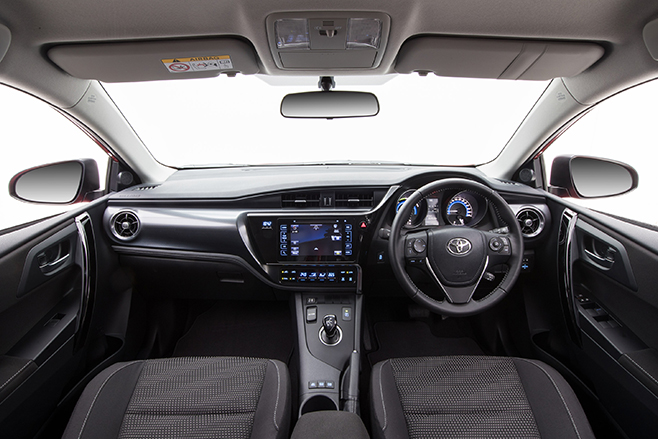 Styling: There was a time when owning a hybrid car was a statement, and most hybrid vehicles were styled to stand out. These days that’s not necessarily the case, and the Corolla’s plain Jane appearance is great for those who want to save fuel, but don’t want to stand out.

Performance: Sadly, the Corolla Hybrid is not brisk. Its drivetrain has combined outputs of 100kW and 207Nm and, unlike many other EVs, lacks the snappy take-off from standstill that the instant torque that an electric motor can deliver.

The Corolla Hybrid favours battery range and feels sluggish off the line. It needs to be put into ‘Power’ mode in order to feel like a normal car. Its batteries add some extra weight too and its handling reflexes suffer as a result. 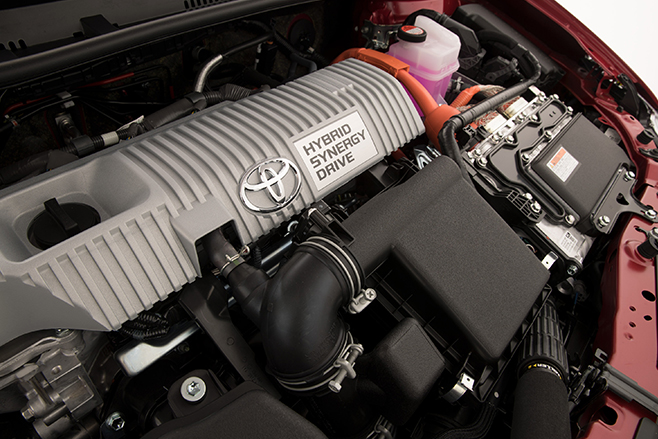 Brakes: Toyota has employed a very tricky braking system that switches between regenerative braking (slowing using the electric motor) and conventional braking (clamping the brake rotors). It’s not as seamless as it could be, and makes rolling to a gentle stop quite challenging as the system swaps from one method to the other. It takes some getting used to.

Excitement: Or should we say, lack thereof. A Corolla is not a hugely exciting car at the best of times, and the Corolla Hybrid feels particularly lacking in charisma. This is a personal thing, of course, and if your car is merely an appliance to get you from place to place with minimal fuss, then this is a very minor complaint.

The obvious rival is the Toyota Prius. It’s more expensive, but it is better resolved. It features better integration of its hybrid electric systems and its exaggerated, polarising styling actually serves to give it more personality than the Corolla, despite common perceptions of the Prius as being soulless.

If downsizing is an option, the Yaris-based Prius C starts at $22,990 making it an even more affordable way to get Toyota’s hybrid tech, however the Corolla Hybrid is a better value proposition considering its more usable size.

Outside the Toyota family, Mazda 3 and VW Golf are more polished small cars, though neither have a hybrid variant. Now that Honda has killed off its electrified Civic and Jazz models, Toyota is where it’s at for budget, hybrid motoring. 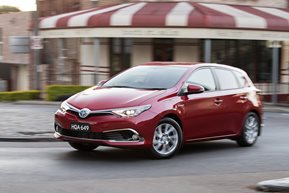