One of Australia’s most famous tourist roads, the Great Ocean Road is on the National Heritage List. The 243km stretch of coastal road connects Torquay and Allansford in Victoria. From war memorials to landmarks such as the Twelve Apostles, this road is a popular destination and can be traffic-mayhem on weekends. 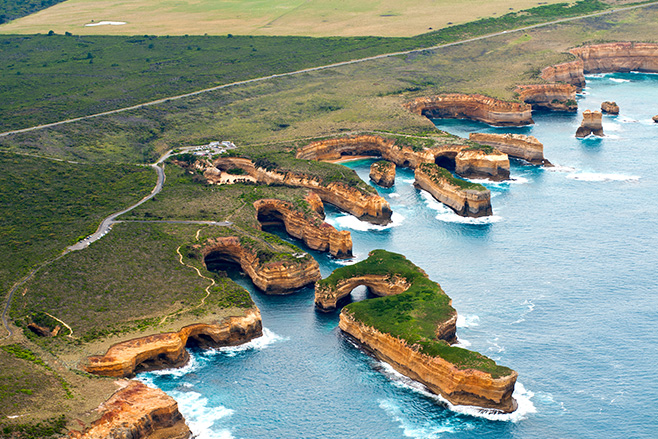 The 140km-odd road is one of America’s most coveted highlights, right up there with Time Square and Yellowstone National Park. Surrounded by the rugged and beautiful scenery of the Californian coastline, Big Sur takes about two hours to complete and is dotted with plenty of hidden and spectacular sights. For those who like adventure, explore some of the side-tracks. If you choose to stick to Highway 1, be prepared for tourist traffic and use the opportunity to soak up the scenery. 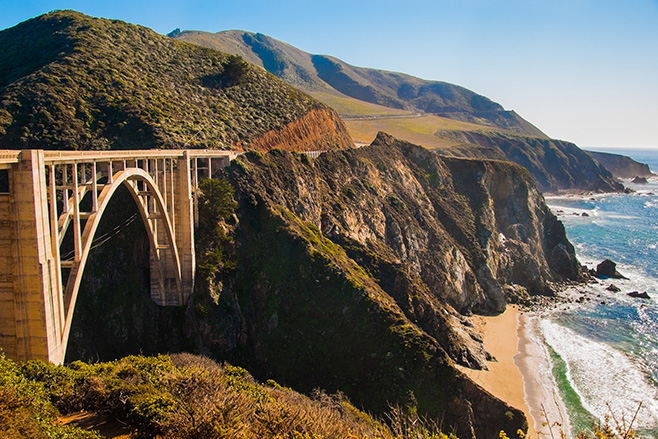 Travelling more than eight kilometres through an archipelago in Norway, there’s no question the Atlantic Road is one of the most scenic drives on earth. Travelling over the Norwegian Sea, where waves crash over the road during storms, the road links the towns of Kristiansund and Molde in a curvy, wave-like structure which consists of eight bridges. 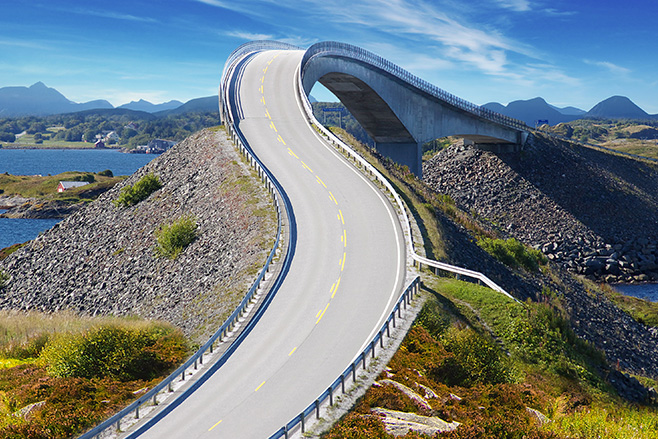 If four-wheel-drive adventures are your thing, then this road is for you. Travelling 115km in the Canyonlands National Park in southern Utah, USA, the loose dirt-soaked, sandstone formations and steep climbs make this a trip for high-clearance four-wheel-drives or mountain bikes. It takes three days by capable vehicle or four days by mountain bike, and is impassable in parts during wet weather where flooding is caused. 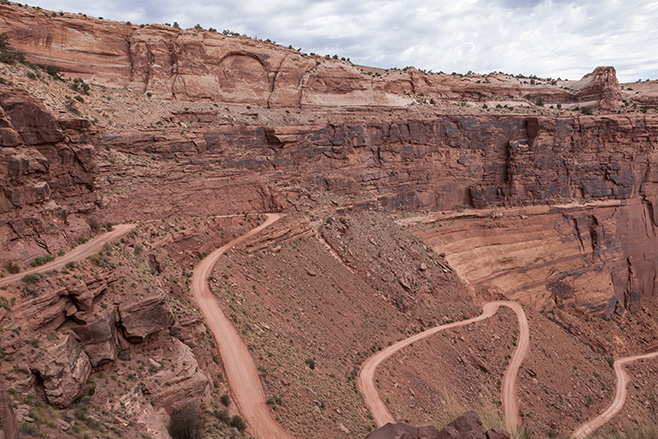 Dubbed as one of the most scenic drives in the world, Col De Turini is a mountain pass through the French Alps. Full of hairpin turns and winding up mountains, it’s far from the safest road, but certainly one for the avid driver. The road is open for most of the year, except in the depths of winter when snow can deem roads unpassable. 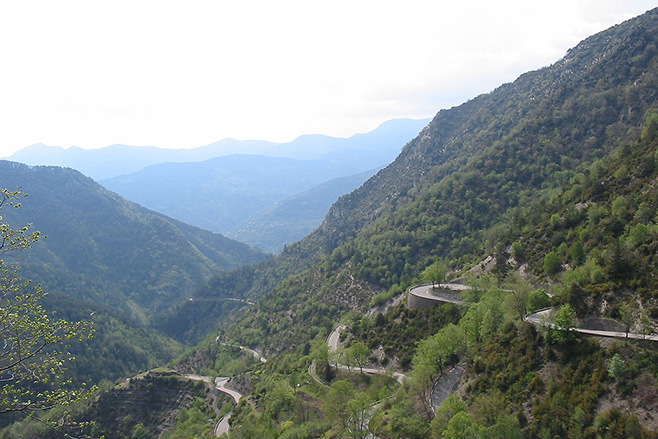 Because who doesn’t want the chance to drive 10 kilometres across one of the world’s longest bridges? There are two bridges size by side in Monroe Country, Florida, connecting Knight’s Key to Little Duck Key, one a pedestrian bridge and the other forming part of the spectacular US Route 1 Highway, which stretches from Key West, Florida to New England. 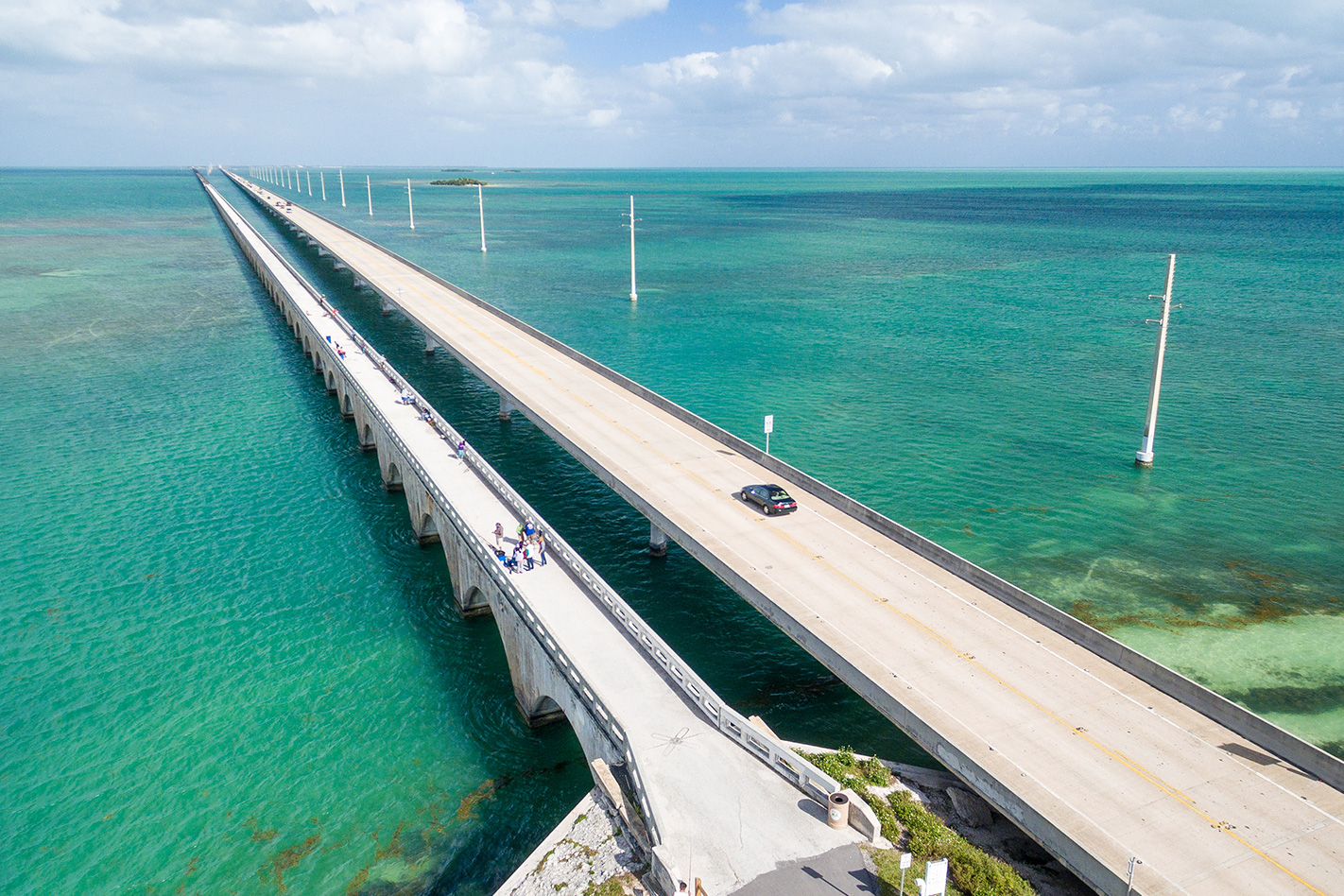 Located in one of Switzerland’s coldest, snowiest regions, the Furka Pass travels up a mountain in the Swiss Alps and is dubbed one of the world’s most exhilarating drives as one of the highest mountain passes in the Alps. Linking the Urseren Valley with Goms, the road is made up of hairpin bends, elevations and steep climbs, and offers plenty of photo opportunities along the way. It was made even more famous thanks to Aston Martin DB5 vs. Ford Mustang car chase sequence in the classic James Bond film: Goldfinger (1964). 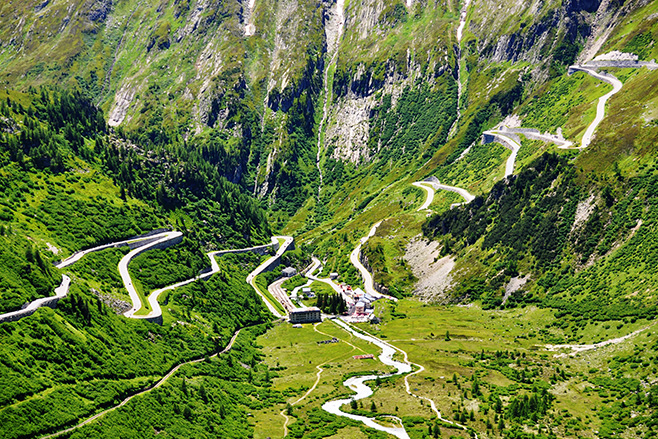 Located in the Rocky Mountains, the Going-to-the-Sun Road is an 80km road that travels from east to west of the Glacier National Park. While open from June to October, during the colder seasons, the road can also suffer from severe snow fall and become difficult to snowplough. From glacial lakes, cedar forests and alpine viewpoints, there’s plenty of scenery to see. 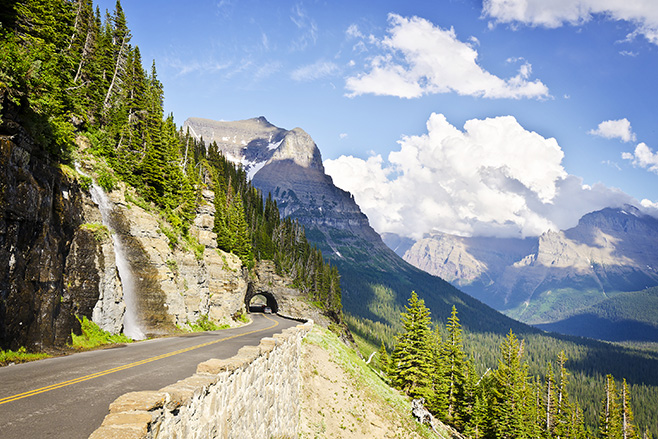 The narrow and winding road, which is also made up of more than 50 bridges, passes through some of the lush tropical rainforest of the Hawaiian island of Maui. The popular attraction passes several waterfalls and attractions. But be aware of the many ‘Keep Out’ signs, warning tourists off of private property. 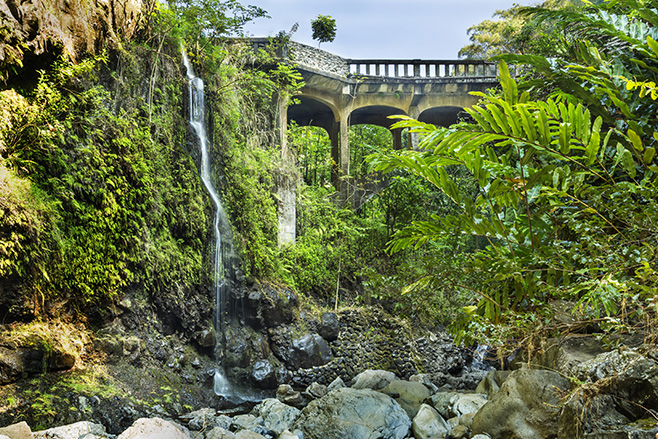 Winding between Noordhoek and Hout Bay, along South Africa’s Atlantic Coast, Chapman’s Peak Drive is a spectacular marine drive. Chappies – as it’s affectionately known – travels along a vertical cliff face of Chapman’s Peak Mountain, and isn’t a trip for the faint hearted. Now open as a toll road, the path has been closed several times due to falling mountain debris making the road too dangerous to travel. 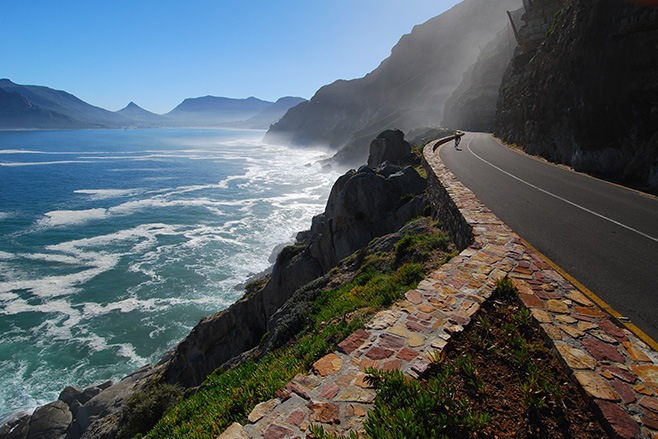 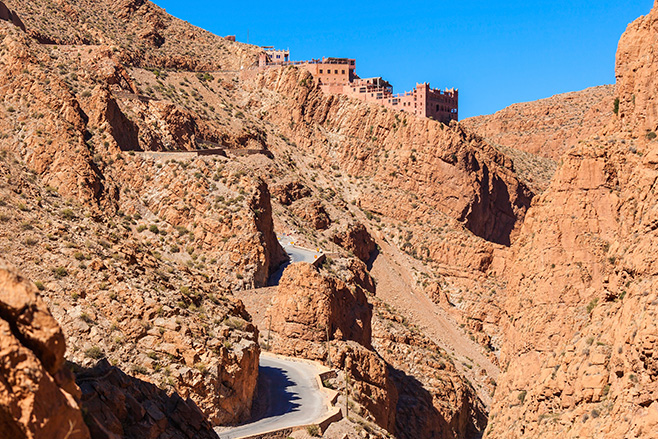