The BMW i8 gets a vibrant paint job to celebrate 50 years of BMW in Italy, recalling the Art Car era.

BMW is celebrating 50 years in Italy with the release of an exclusive i8 Futurism Edition created by BMW Italy and Garage Italia Customs.

The multi-coloured i8 is inspired by Giacomo Balla’s painting ‘Lampada ad Arco’, currently on display at the Museum of Modern Art, New York. The artwork is said to represent an electric street lamp under moonlight in the early 1900s when electricity was still a relatively new technology, and therein lies the link to the BMW i8. 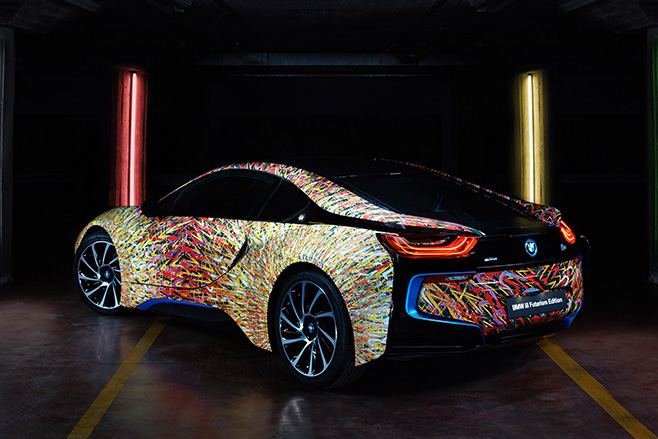 According to Sergio Solero, President and CEO of BMW Italia, the BMW i8 Futurism Edition “represents the pairing of a sports car of the future with Italian creativity and art.”

This brilliant one-off i8 evokes the days of the BMW Art Car – a project that was started in 1975 by French racing driver Hervé Poulain. He commissioned American sculptor, Alexander Calder to paint the BMW 3.0 litre CSL he was going to race in the ’75 24 Hours of Le Mans endurance race. Calder died a year later, in 1976; the BMW was his last work of art.

Poulain raced two other Art cars; Andy Warhol painted a 1979 BMW M1 which finished sixth overall and second in class. During the race the car was in several minor collisions – luckily, Warhol had painted spare bumpers and body panels. Poulain also drove the Roy Lichenstein Art Car - a Group 5 BMW 320i, which won its class in 1977, becoming the most successful racing Art Car of all. 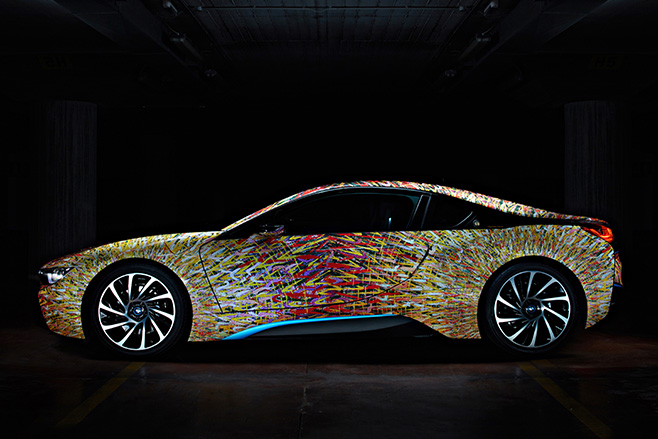 In total there were 17 BMW Art Cars, the last one being a vibrant BMW M3 GT2 painted by artist Jeff Koons in 2010. One was a temporary exhibit using ice and the H2R hydrogen-powered Land Speed Record-setting car. Two Art Cars have been painted by Australian artists: Michael Nelson Jakamarra is a Walpiri man and painted an M3 in 1989; Ken Done painted an M3 racer in the same year.

While the i8 Futurism Edition may not be part of the official BMW Art Car series, it’s still a work of art. 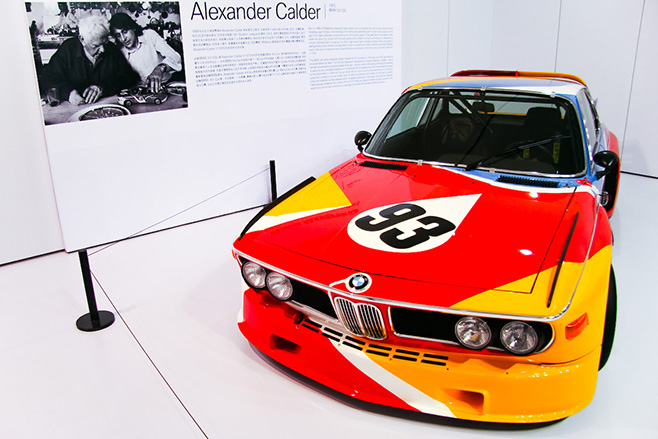 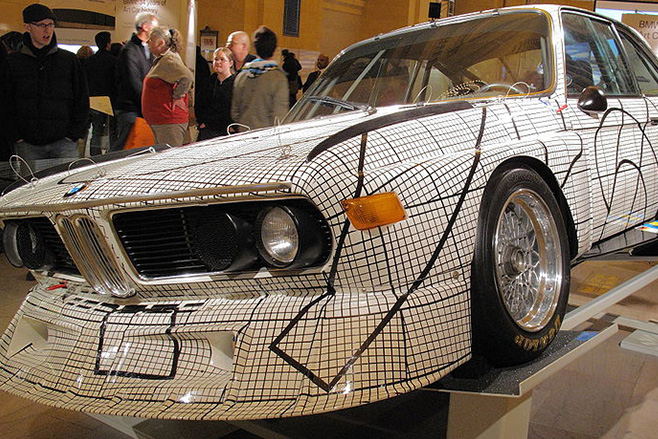 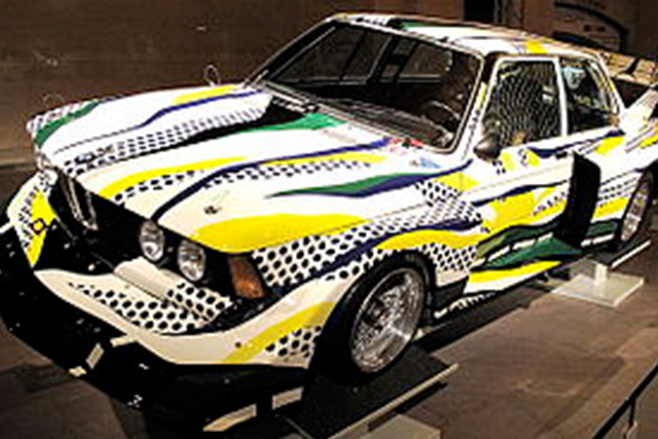 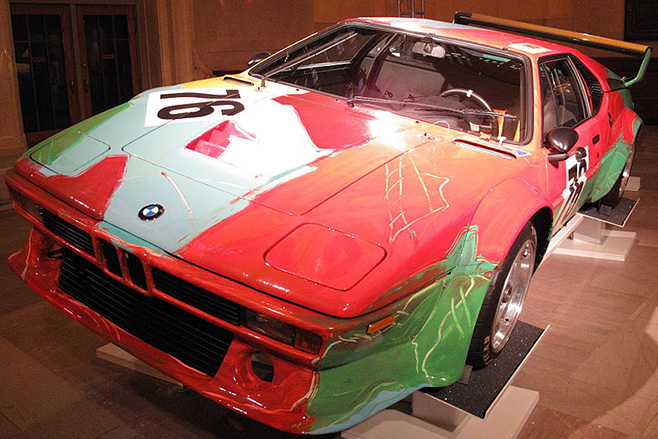 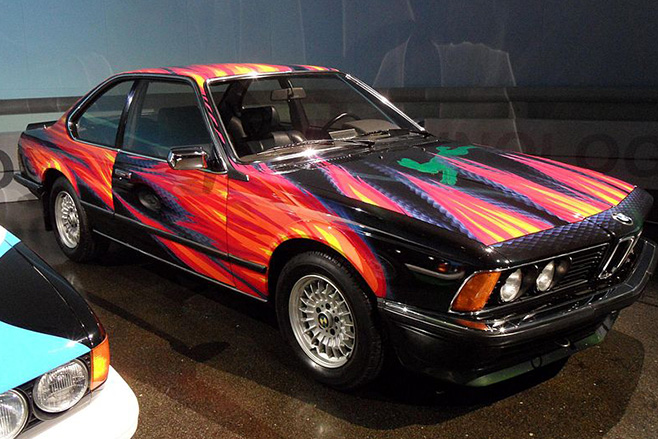 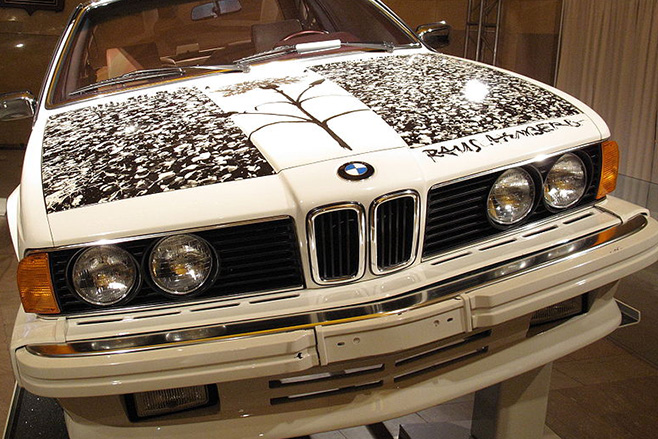 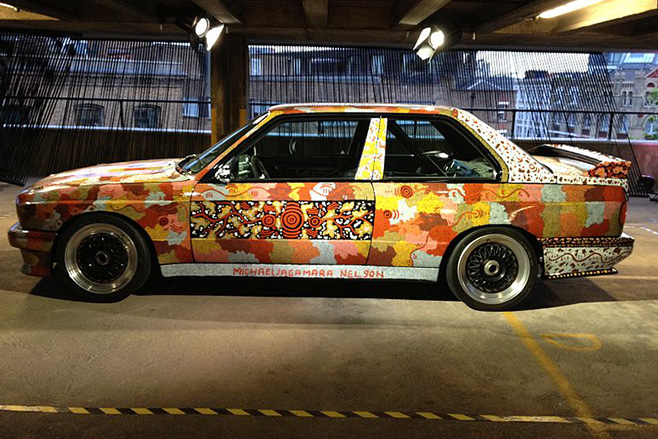 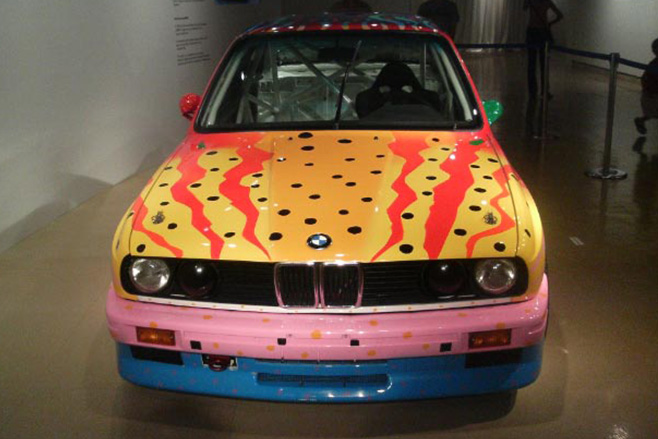 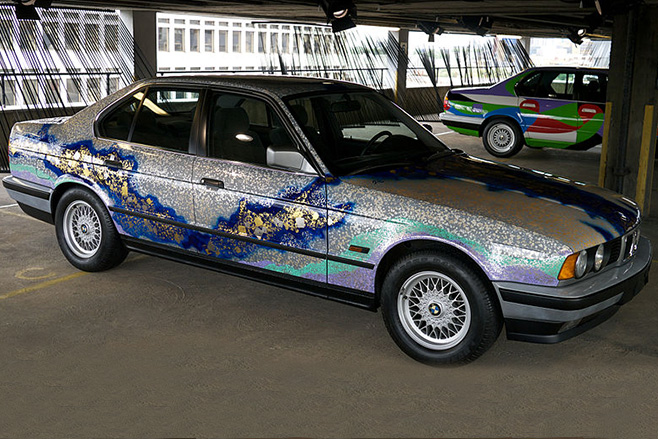 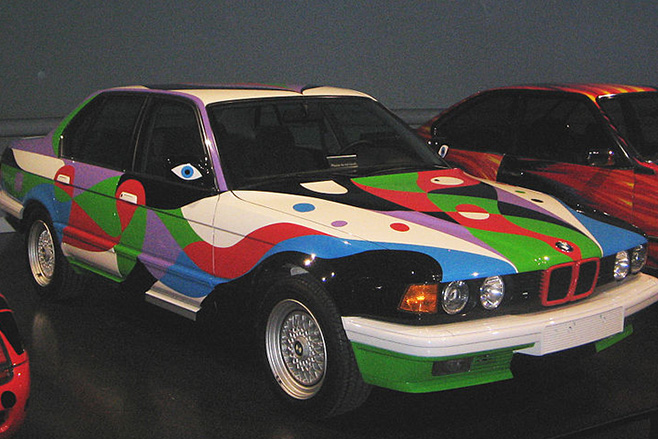 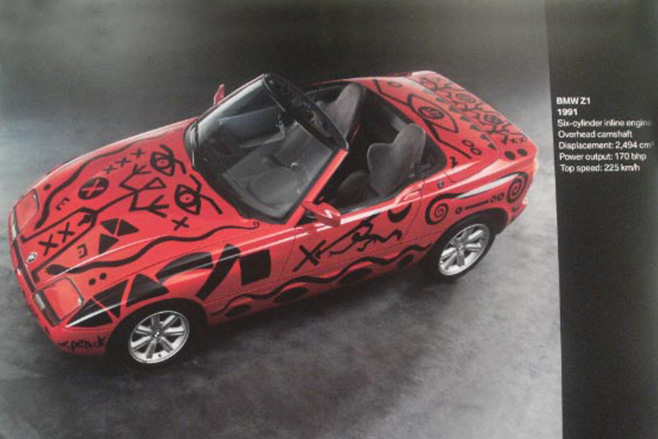 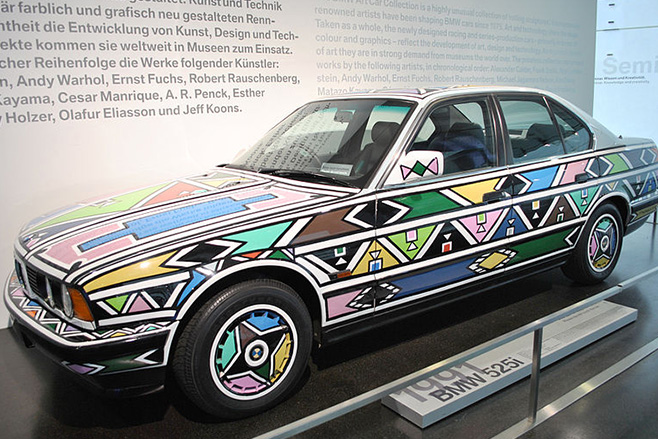 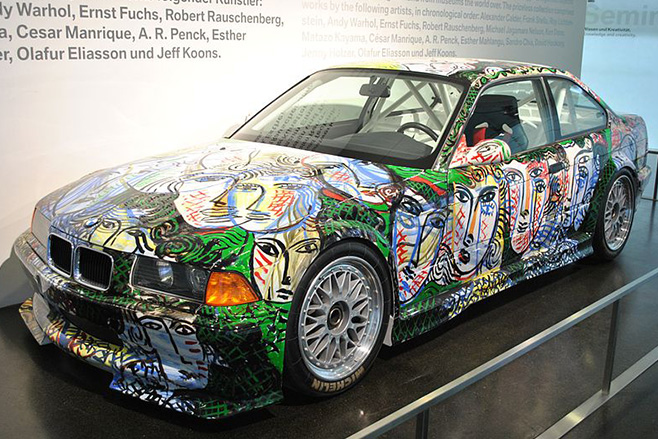 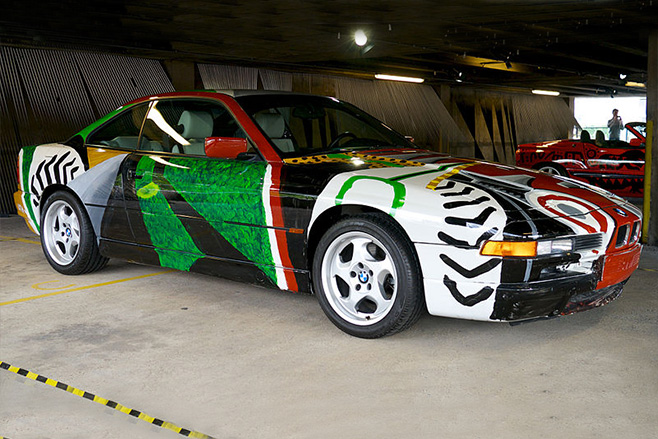 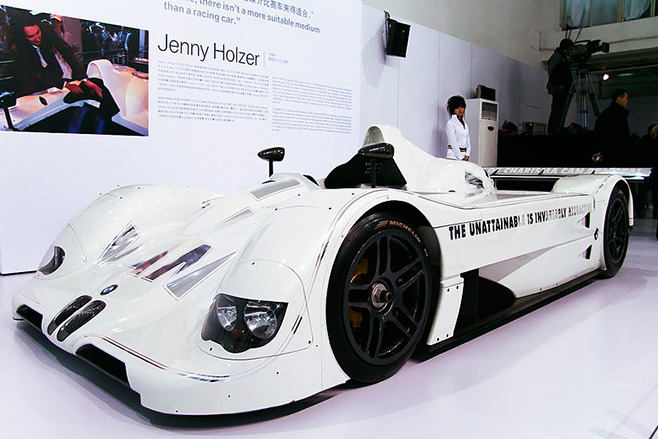 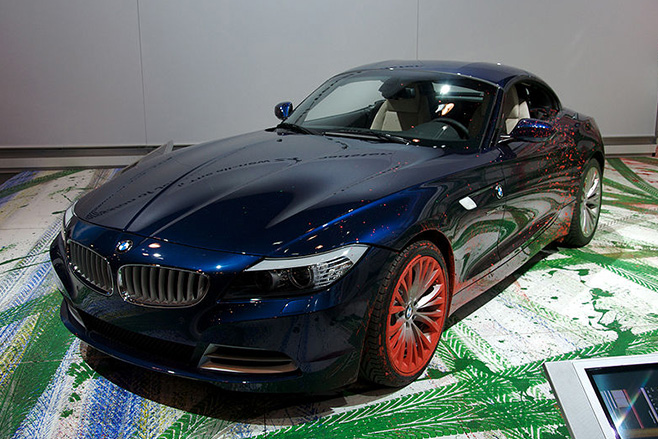 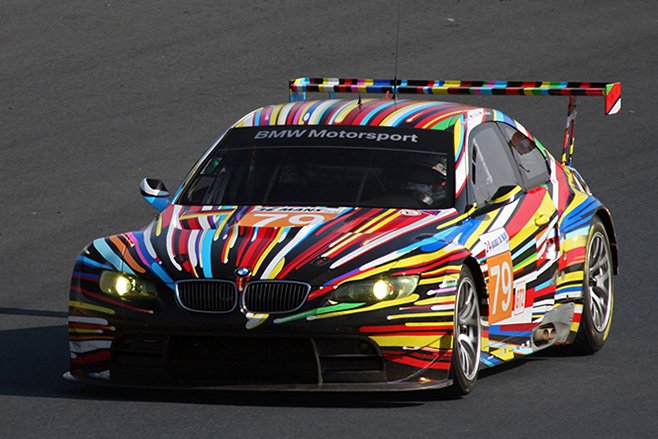 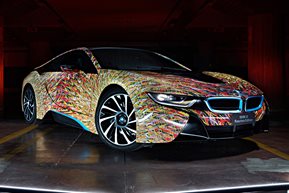