The car is called BMW Vision Next 100 and it was unveiled at BMW’s 100th birthday party in Munich this week.

“No-one can say what the next 100 years will be like,” said BMW chairman Harald Kruger, although the brand is clearly thinking about what the future holds. 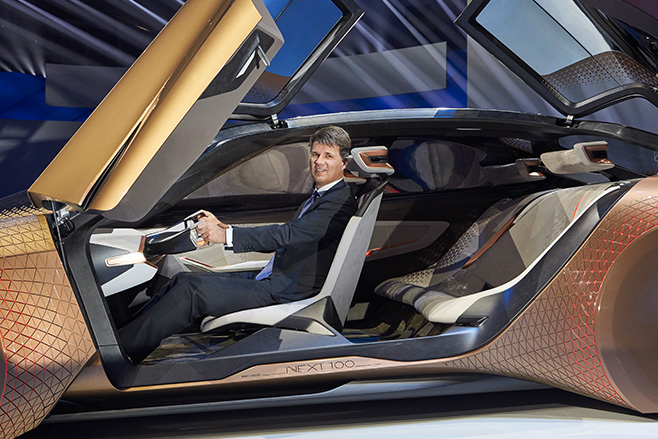 An ultra-efficient design is the first obvious element of the Vision Next 100. It features fully enclosed wheels with stretchy, moving bodywork allowing the front wheels to turn.

No exhaust tip at the rear suggests BMW expects electric power to be all-conquering. The requisite BMW kidney grille isn’t for air flow, instead providing a space for autonomous driving cameras and sensors to ‘see’ from. 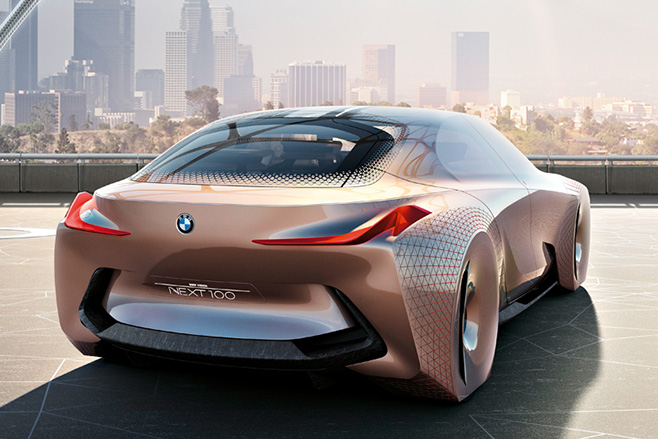 The Vision Next 100 also gives insight into BMW’s thinking about autonomous driving modes. A fully auto mode called ‘Ease’ allows the driver to hand control over to the car completely. There’s nothing ground-breaking about that. But its ‘Boost’ mode brings BMW’s emphasis on driving pleasure into the fold.

In the concept, the inside of the windscreen becomes a huge digital display. Graphics overlay onto the road to show the best line around a corner, and to pick out hazards. 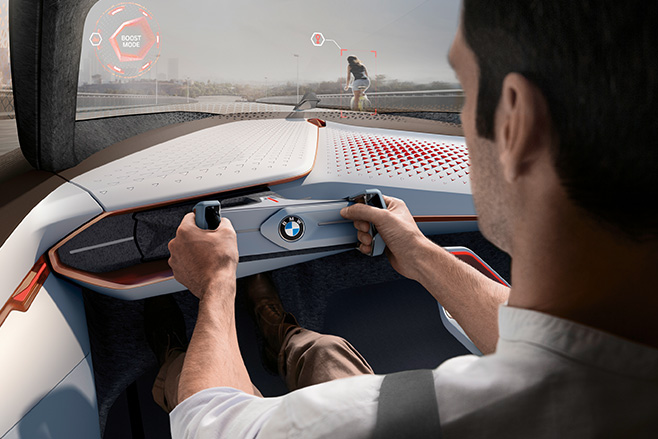 “Our aim is to turn every driver into a better driver,” said BMW design chief Adrian van Hooydonk. “We will give the driver an intelligent co-pilot.”

If it works, this could be BMW’s big play in the world of autonomous cars, keeping keen drivers interested in driving by giving them the chance to grab the wheel when they want to, and allowing them to enjoy the experience even more.

BMW has said the Vision Next 100 is the first car in a series of four concepts, with more to come from its subsidiaries Rolls-Royce and Mini in June, followed by a BMW motorcycle concept in October.