Rolls-Royce turns its head to the runways of Spring/Summer 2017 as it channels Haute Couture for a special Dawn collection.

Haute Couture and Rolls-Royce embody the same philosophy – they’re both luxury items that very few can afford, but almost every admires.

So it comes as no surprise that a team of designers at Rolls-Royce has drawn inspiration from the 2017 Spring/Summer catwalks to create the special edition of Rolls-Royce Dawn convertible, insipidly named Inspired by Fashion. 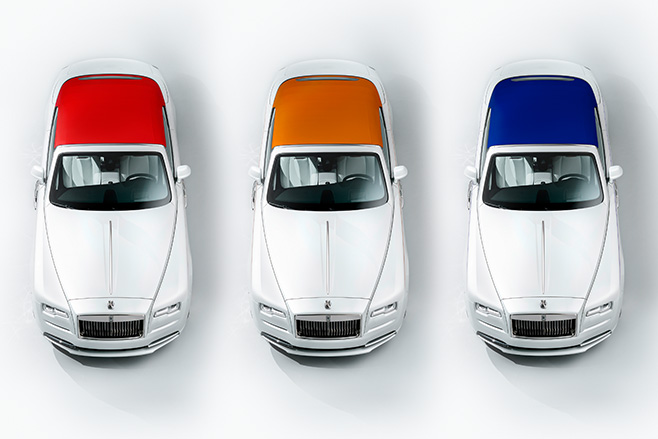 The car’s exterior is white, contrasted by the block red, blue or orange used on the Ghost-based convertible’s fabric roof.

While white and black dominate the interior, the three colours were used as accents throughout the Dawn on the embroidered headrests, stitching and piping of the seats, and the ‘seamless stitching’ of the leather-wrapped steering wheel which, according to Rolls-Royce, is “a highly-complex craft technique from the world of fine tailoring”. 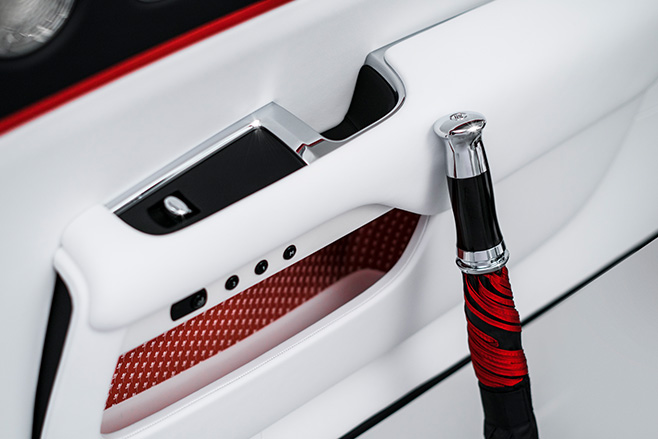 Piano White adorns that dashboard with aluminium particles giving it a silk-like appearance – a process that requires nine days of a meticulous lacquering process.

“Our clients are the very arbiters of fashion, tastemakers who sit in the front row of the Couture shows, themselves influencing evolving trends,” said Taylor.

“To them, the commissioning of fine luxury objects represents a deeply-involving curatorial process …” 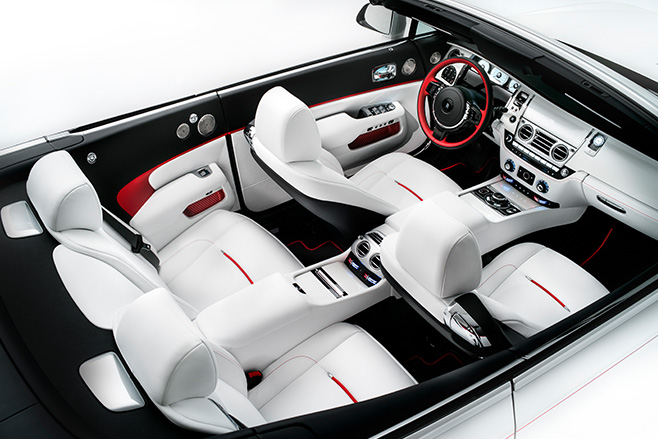 The Rolls-Royce Dawn is available in Australia for $749,000. The British car-maker has given no indication of the price of the Dawn – Inspired by Fashion edition, stating only: “Clients are invited to commission their personal style statement from this November to ensure they appear wrapped in the latest couture offering from the world’s leading luxury goods house for the new seasons next year”.

Now read five things you can buy for the price of a Bentley Bentayga. 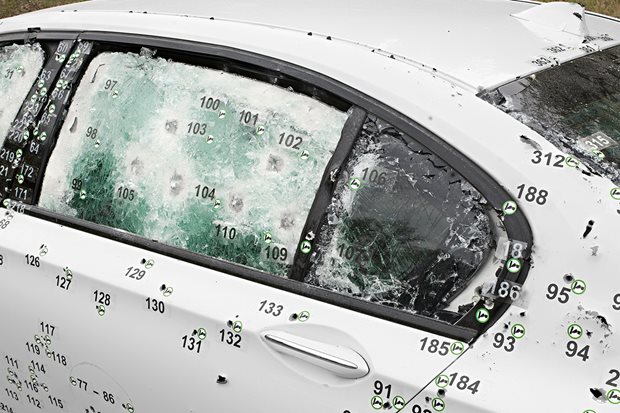