If Catwoman drove the Kitty Car today, which car would it be? Read on to find out!

In celebration of pop culture femmes controlling a vehicle instead of decorating it, here are 10 iconic cars and equally iconic gals that have graced the silver screen. How many more can you find?

Penelope Pitstop zoomed onto TV screens in 1969 as the glamour gal of the gas pedal in the Wacky Races cartoon. Character and car were whipped up in less than two hours after producers demanded a female competitor. Pitstop wore lolly pink with natty white go-go boots and fought competitors with weaponry fetched from a beauty salon. Pitstop’s car had a 'vibrate' setting for special occasions.
Current equivalent: The six-setting massage seats of the Mercedes S-class, but it doesn’t come in pink. 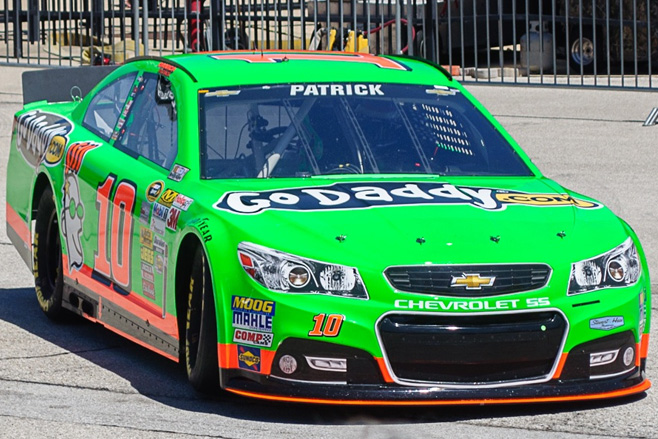 Patrick has copped some flak for her sexy GoDaddy ads, but there’s no mistaking her talent on the track. She’s ditched GoDaddy, but she’s still the most recognised female in car racing by the average punter. She says: “I was very against pink and purple when I was young because they were girl colours. But that was only because I didn't want people to write me off for what I can do. When I got into my 20s, I decided that was stupid.”
Current equivalent: Holden VF Commodore SS-V Redline in Jungle Green.

In the mid-60s Eartha Kitt purrfectly spiced up the small screen as Catwoman, and her campy ride was the Kitty Car. A 1956 Citroen DS chassis running a Chevrolet Corvair engine, Kitty Car was adorned with eyes, ears and a tail in a curious shade of green. Designed by Gene Winfield, who also designed the vehicles in Blade Runner, Kitty Car began life as the Reactor Mach II in the original Star Trek series.
Current equivalent: Mazda MX-5 because of its saucy open top and feline face. 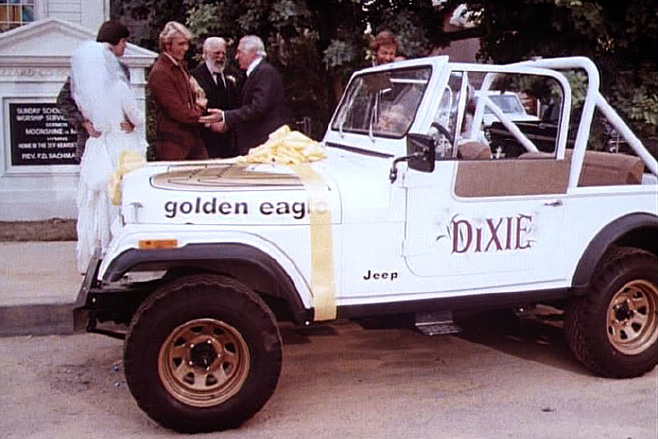 Daisy’s original car – a yellow 1974 Plymouth Roadrunner – was driven over a cliff while in pursuit (not by Daisy). Her replacement Jeep with an eagle on the bonnet and “Dixie” on the doors (until the doors were removed) featured on Dukes of Hazard throughout the 80s.
Current equivalent: Jeep Wrangler.

Tank Girl was created in the late 80s by artist Jamie Hewlett, who then went on to co-create English band Gorillaz. As you probably guessed, the shows potty-mouthed psychopathic hero drives – and lives – in a tank and wreaks havoc on the world. Hence the tagline: “She’ll break your back and your balls”. Loaded with guns and kitted out with mod-cons, the tank is a cobbled smorgasbord of salvaged junk.
Current equivalent: Toyota’s FJ Cruiser. 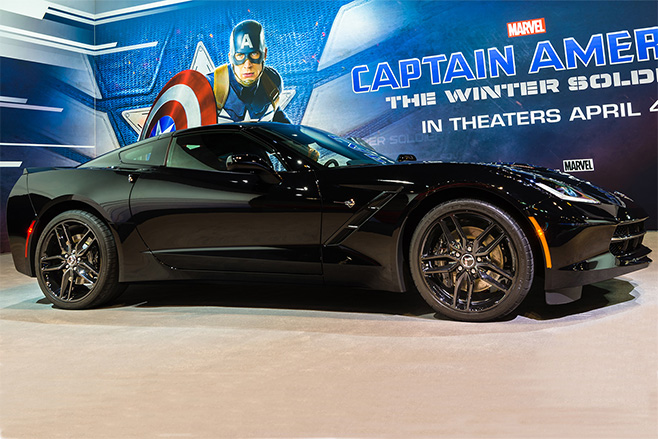 Who stole the show in Captain America: The Winter Soldier – Captain America or Black Widow? Rocking up in her unmodified black-on-black 2014 Corvette Stingray, Scarlett Johansen is the boss in what she calls her “sweet ride”.
Current equivalent: Jaguar F-Type R in all black.

THE BRIDE, BEYONCE AND THE 'PUSSY WAGON'

Uma Thurman’s Bride steals the Pussy Wagon, a hotted-up 1997 Chevrolet 2500 Silverado Fleetside with custom paintwork, in Kill Bill: Vol. 1. Quentin Tarantino later loaned the wagon to Lady Gaga and she and Beyonce brought it back to life in their epic 2010 “Telephone” music video. The Pussy Wagon may be the first movie car to appear in two iconic films and be driven hard by leading pop culture divas.
Current equivalent: Ford Falcon XR6 Turbo ute for power and pizazz. 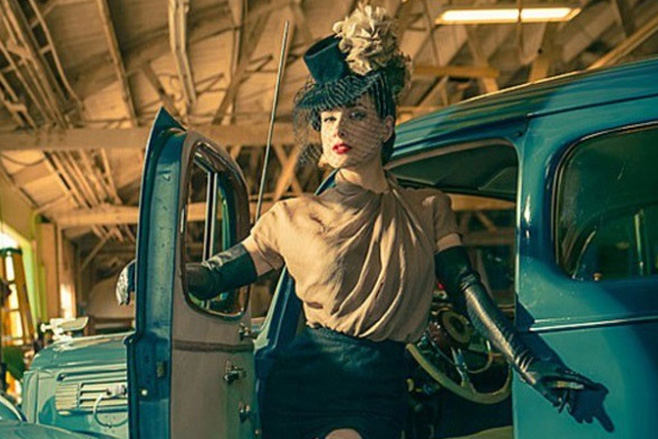 Burlesque star Dita Von Teese once said that she would surround herself with only products and objects from 1947. That didn’t last. Until recently this 1937 Packard in French Blue was her favourite drive because it was “easier, smoother, faster… the car that gangsters drove”.
Current equivalent: Chrysler 300 SRT.

When launching her clothing range in 2013, Minaj arrived in a matte zinc-pink Aventador with matching custom-forged Forgiato wheels. It’s not her only pink vehicle; she has a matching pink Bentley and Range Rover. That’s rock ’n’ roll!
Current equivalent: Lamborghini Aventador LP700-4.

What a vision! Designer Colin Gibson fused a Czech Tatra truck with a 40s Chevy Fleetmaster to create an 18-wheeled monster sporting a fuel tank, fuel pod, and VW Beetle and truck cabin “forts” to protect gunners. Even the skull steering wheel can’t out-fierce Furiosa.
Current equivalent: Does not exist!