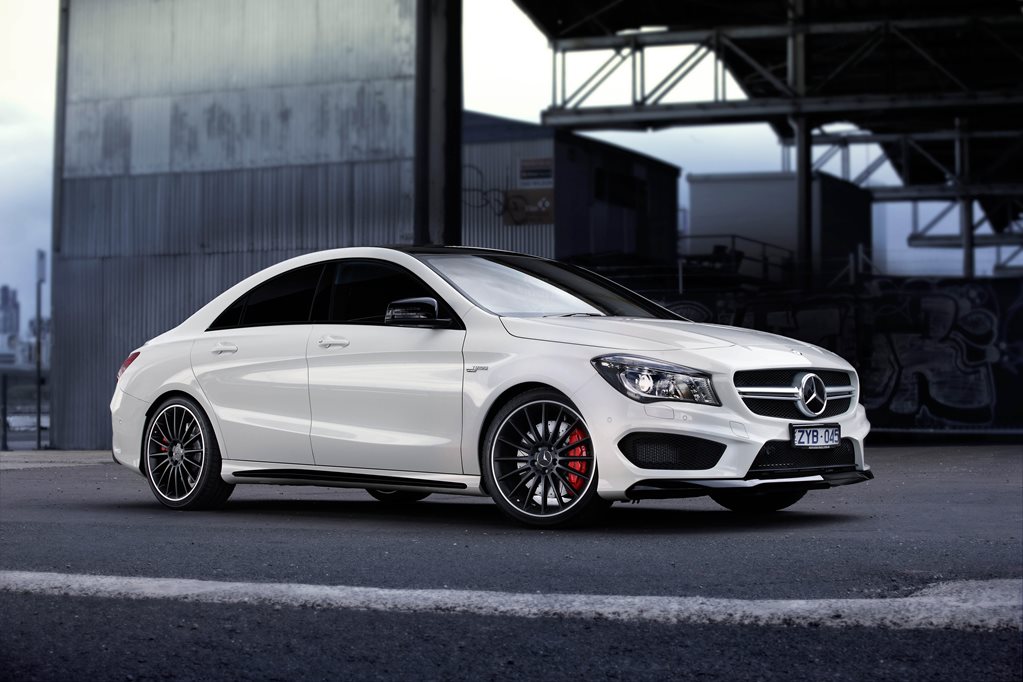 1. Mercedes-Benz CLA45 AMG
BENZ’S weapon-fast compact sedan might price itself out of contention against the likes of the $60K Audi S3 and $50K Subaru WRX STi, but at $87K it’s something of a bargain in the next price bracket up, where it has more than the speed and talent to hold its own.

Against the Cayman, there’s only a whisker in it aside from depreciation, where the Porsche’s $20K-higher purchase price hurts its chances.

The $100K Volvo S60 Polestar is a more likely cross-shopping candidate, but the small German soundly beats the medium-sized Swede.