Too many bills, not enough thrills

Hiding under the TTS’s dash is a row of buttons. Poke the middle one, and out of the Audi’s butt pops a ski-sized flap. Yep, a cool feature, but one we suspect might’ve been wasted on the original TT, as few owners would’ve tested its structural integrity.

It’s much more relevant, however, on the style icon’s latest variant. The model shot dead the hairdresser stigma in 2009 when it slaughtered that year’s Bang For Your Buck’s field on track. And seven years later, its successor’s just as malicious.

Okay, so at our event it couldn’t blitz the drag strip. Sure, its variable all-paw system secured it a decent 0-100km/h sprint and an average quarter mile pass. But its relative performance ranged from average to poor as it gobbled up 400m. More embarrassing was it placed last for rolling punch, needing 3.02sec to jump 80-120km/h. 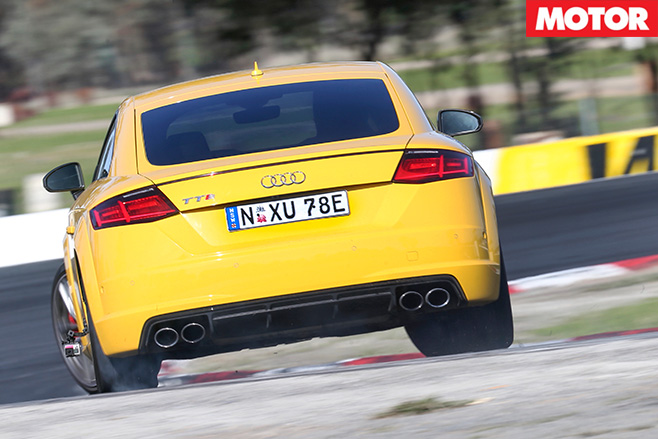 Obviously a turbo 2.0-litre four pot is miniscule compared to the heaving eights and sixes here, so you need to remember those figures are still quick. Its 3.02sec would have beaten 10 of 13 cars at PCOTY ’09, including an E63 AMG, or the entire Bang field that year by five tenths. At this rate, the 2026 Bang For Your Bucks field will be quicker than today’s 911 Turbo.

Never has a TT been so freaking fast, too. The only car that could catch it through turn five here at Winton was BMW’s fat-tyred M2. Then at turn nine it was untouchable, apexing it at 57.28km/h.

Where does its demonic speed come from? Good old discipline. While a Fiesta ST dances into corners, and Commodores slide out of them, the Audi remains completely composed. Luffy praises its stability under brakes, and the balance of grip at both ends means it does exactly what you intend. 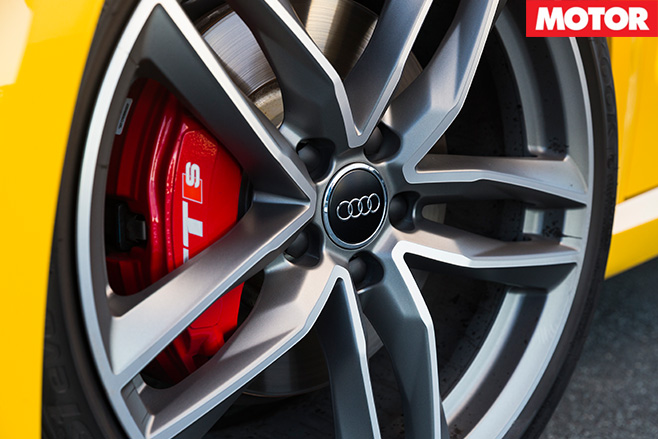 There’s just so much grip on offer, too, that Judge Morley can’t believe how early you can sink the right foot. This surely plays a big part in how Luffy pulled 1:36.8sec lap from the car, making it faster than even an RS model on which it shares its platform.

But you pay for the pleasure. Its sizeable price just limbos under the cap by $100. And when you consider its Audi RS3 stablemate offers 38 per cent more Bang for 17 per cent less Bucks, it’s easy to see how it wound up on the formula’s lowest rung.

Back in 2009 the TTS overcame its huge premium to perch itself fourth. But things change, and today the competition’s much stronger. Then again, it ain’t all bad. Because its certain pace proves a TT can deserve to boast a fancy spoiler. 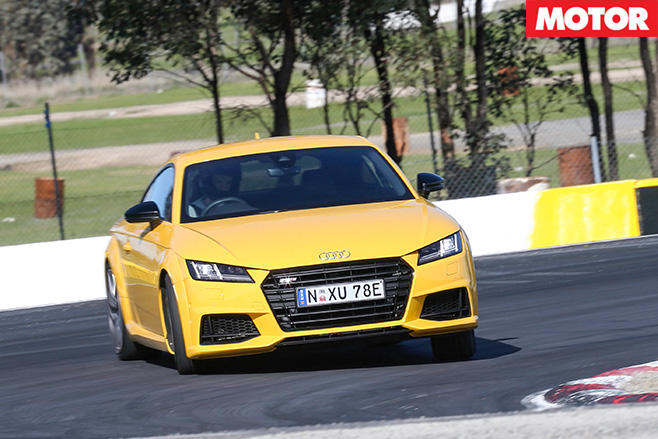 JUDGES' COMMENTS
04. David Morley
“Constantly amazed at how early I could get on the gas mid-turn.”

07. Dylan Campbell
“Surgically fast and finally the potency to back up its looks.”

04. Scott Newman
“Works brilliantly on track, mainly because there are no bumps.” 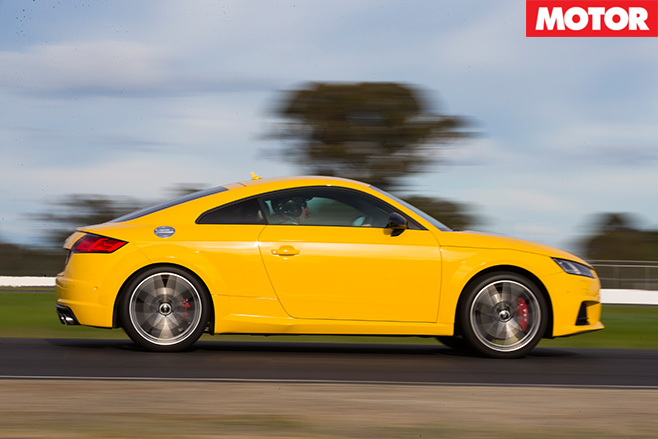 WARREN LUFF SAYS
04. “It does so much for you, it takes away the enjoyment of driving”

“TYPICAL Audi, it just does everything so well and so easy. There’s no fuss, there’s no sliding the car around mid-corner, it’s just a matter of trusting how much lateral grip it does actually have and being able to find where it is without overstepping the mark.

“It takes a little bit of getting used to but the brakes are what makes this car so good, it probably lacks in the straight line stuff compared to some of the other cars that are here, but braking and up to the apex this thing is rock solid.

“You want it to give a little more excitement, just so you feel you’re actually doing something.”