With the cheapies champion Clio RS also returning, how did the Fiesta ST turn things around for 2015? Simple: for whatever reasons it triggered ‘timings’ from the orbiting GPS satellites earlier via our Driftbox.

And while it seemed to have brain fade more than brake fade in the 100-standstill test last year, in 2015 it put those rear discs exclusive to the ST in the Fiesta range to better use – pulling up nearly five metres shorter!

We’ve known the Fiesta ST since 2013 now but familiarity didn’t breed contempt among the judges – more contemplation that this is surely destined to be enshrined in the hot-hatch hall of fame. 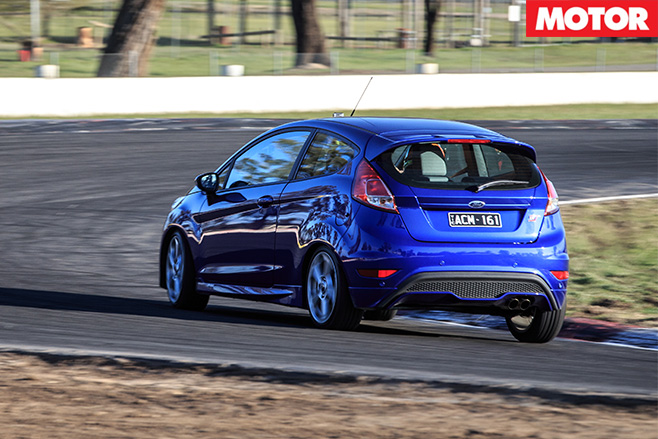 Four of the judges rated it top-dog for the track experience component, with Scotty’s third placing hardly dissension in the rankings.

As ever, there isn’t one outstanding aspect to the diminutive fast Ford; it’s a complete package that synchronises engine, chassis and driver for a perfectly timed blast from A to B.

The ST’s 1.6-litre four-cylinder turbo is loaded with torque and character. 240Nm across a vast field of revs – 1600-5000rpm – provides muscularity, with another 50Nm available for short bursts via the overboost function.

As is typical of these small-capacity turbos, the rev counter doesn’t spin with frenzy but it does so with sufficient fervour to make it an enjoyable and worthy exercise – maintaining strong performance to its redline. The parping exhaust is a delight, too, adding to a soundtrack that’s far more interesting than the Clio RS’s. 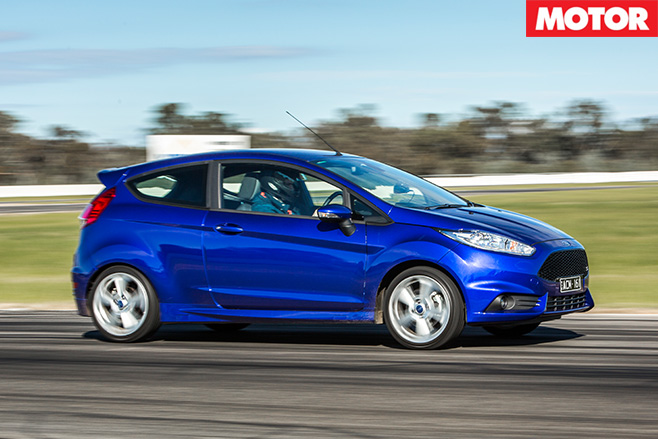 And still no fancy-pants twin-clutch here; the ST remains reassuringly manual only – and the perfectly geared, slick-slotting six-speeder is one of the finest in its class. Its weighting is also consistent with the rest of the controls, whether it be the pedals or the steering. The ST simply feels like it’s been honed for serious driving.

Ford, of course, has a reputation for bolting together a fine-handling small performance car. So it’s probably little surprise the ST was one of only five cars to crack 110km/h plus through Winton’s fabulous Turn 5 sweeper. (And a quick nod of respect to the 208 GTI 30th here, which was fastest of the $0-50K brigade with 113.77km/h.)

The steering is progressive, quick without being nervy, and imparts some genuine feel. The chassis is even more of a chatterbox – relaying tyre grip info as the ST’s front end starts to bite into the corner, with traction-control-based torque vectoring keeping a tight rein on inside-front wheelspin, and an ever-lively rear end that’s beautifully responsive to the amount of right-boot pressure. 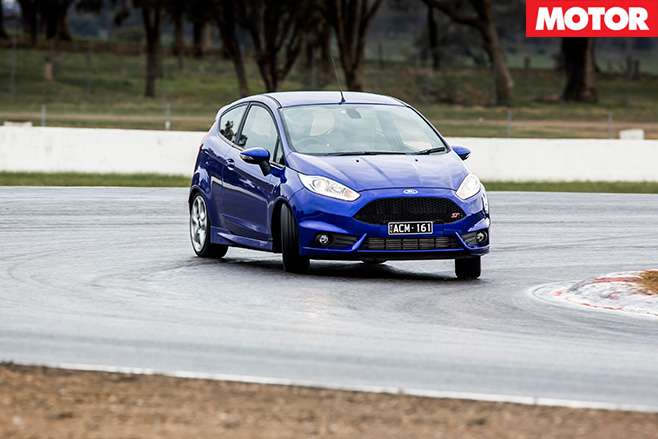 Sudden lifts will prompt the kind of oversteer that will scare timid drivers but thrill decent steerers. It feels like a car that will allow you to bend it to your will, with its phenomenal handling that as part of its repertoire includes stability under braking – whether the straight line or trailing variety – unsurpassed by any of its rivals.

Calling it the Feisty ST wouldn’t necessarily be a case of dyslexia. Of course, as with many hot-hatch Fords – including the last, $59,990 Focus RS – the Fiesta ST’s first-class dynamics come in tandem with an Economy cabin (despite made-by-Recaro reclineable seats). The price tag is still just $25,990, though, and this year it was the cheapest in the field rather than just one of the most affordable. For 2015 its Price Index jumped from 85.9 to 135.3.

Its Bang Index actually fell slightly year on year, despite greater universal love from the judges and a lap time that was not only a second slower than the all-wheel-drive S1 that costs almost twice as much but crucially beat direct rivals – the Clio RS and Polo GTI – despite a deficit in engine performance. 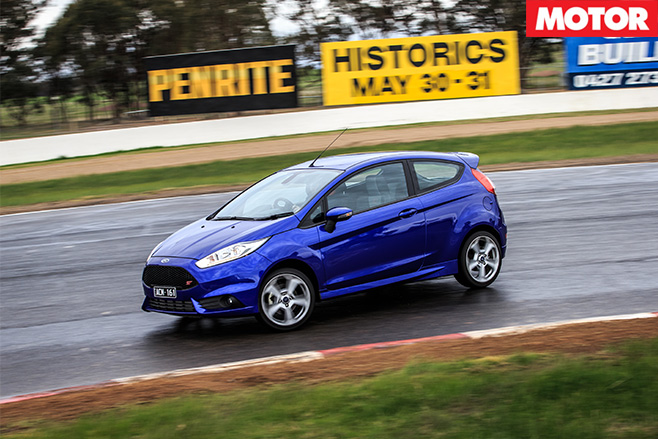 With the Excel spreadsheet formulas spitting out a total $0-50K BFYB Index of 192.2, it was enough for the Fiesta ST to see off a spirited challenge from a 208 GTI 30th clearly possessed by the very 1980s ancestor it celebrates.

That could mean it’s a Guernsey for the ST retaining its overall crown… Except the Clio RS can tell you how easy it is to get presumptions wrong.

Campbell 1st – “Feisty engine and playful chassis, hard to believe how much it costs.”

Morley 1st – “I did but see it passing by, and yet blah blah blah. You get the picture.”

Newman 3rd – “Brilliant fun, though prefer it on the road I think.”

Spinks 1st – “Cornering ability and stability unmatched in its class.”

Luffy 1st – “It’s in the same league as the Polo GTI, but it’s a lot cheaper. It has a great engine, good chassis dynamics and it does everything right. On the way into a corner, though, it doesn't like to trail brake too much, which is more a function of tyre than chassis. When trying to brake and turn it tends to understeer. But it's a great little package and great value for money.”