There were such high hopes for this car.

Not just because plainly it has 400kW and costs $60K, but because the ‘base’ FGX XR8 finished second in class at Bang 2015, and for 2016, we nabbed the cheapest and supposedly fastest Sprint around – the manual XR8. And yet here it is, sixth. With some explaining to do.

The short of it is, the XR8 Sprint just converts too many neddies to smoke, heat and noise, than it does forward momentum. Yeah, yeah, a likely story, but truly, we thought things would be different this time around. At Bang last year, the 335kW XR8 – in auto, a few kays on the clock and feeling very healthy – snotted 100km/h in 4.87sec and recorded a 12.86sec quarter at 182.98km/h. 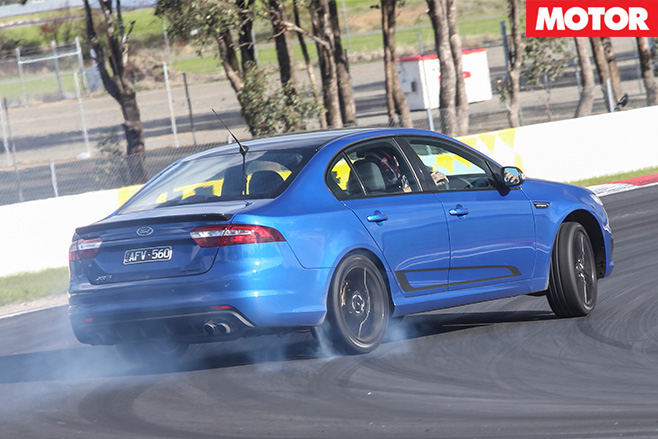 So for 2016, up rolled the XR8 Sprint on what appeared to be brand new rubber and in conditions in which other cars were knocking out PBs. Yet our man Scott Newman, with seven runs (twice what we gave every other car) could only manage 5.03sec and 13.05sec at 185.48km/h. So what gives?

If you thought the auto was difficult to launch, try the manual. With relatively little feel through the clutch and throttle, it’s neurosurgery with numb extremeties. And with 19 cars to get through, we couldn’t do 20 runs. We gave the XR8 Sprint everything we gave every other car, and then some, to get the job done, and for whatever reason, it couldn’t.

That’s not to say it isn’t fast. Once it was out of the barrel, the XR8 Sprint clocked the quickest trap speed and lap v-max of the entire event, showing off seriously potent top-end urge. The best value autobahn missile on the planet? Maybe if Bang was held at Avalon airport. 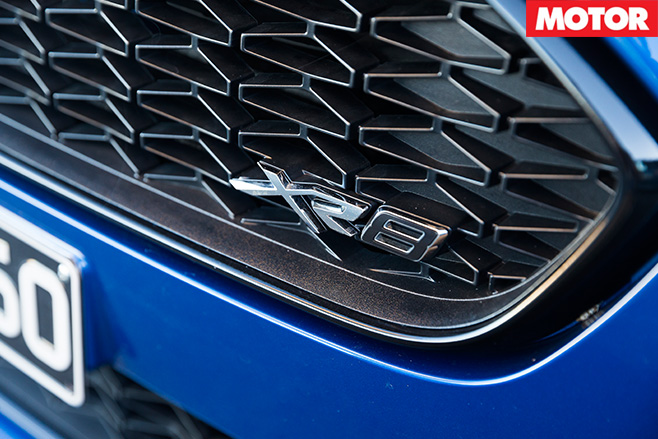 Sadly for the XR8 Sprint, though, it’s held at Winton, and this is where it really fell down relative to its rivals. The revised suspension and stickier Pirelli rubber have improved the Sprint over the normal XR8, not just in comparing apex speeds to last year’s XR8, but subjectively, too. But still the chassis is letting the team down against very stiff competition, the bent-eight Sprint dead last in class for apex speed in Turn 5.

What the data doesn’t show is that, interestingly, we all preferred the XR8 Sprint over the XR6, that delightful V8 burble and blower whine better scratching the itch. We’d take the manual over the auto, too, simply for giving you more to do. And you’d have to be doing something seriously wrong to not have fun in an XR8 Sprint on a track – and not just in terms of going sideways (though it’s very good at that).

Sixth in class is not to say the XR8 Sprint isn’t top value. It’s incredible value. But while 400kW for $60K sounds great in theory, the XR8 Sprint further shows it’s never how much you have, but how you use it. 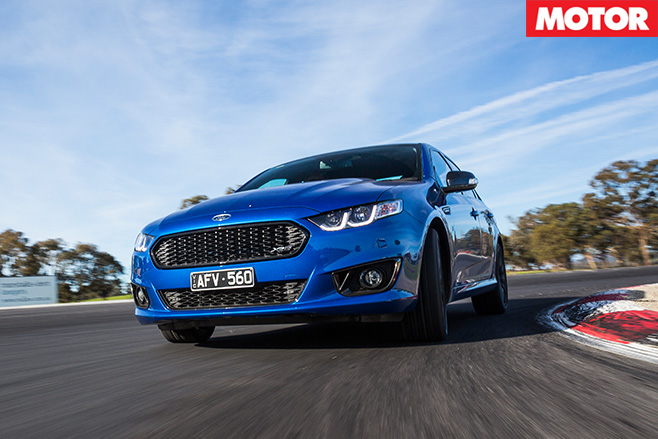 09. Dylan Campbell
“I’m grateful it exists, and I love it, but the game has moved on.”

08. Scott Newman
“Stronger traction and brakes make it enjoyable. To a point.” 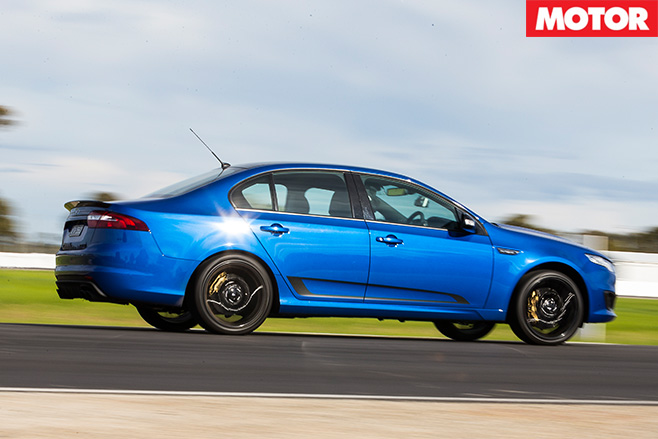 09. “A great engine, but incompetent everything else”

“IT’s like the big muscle guy at the gym that can bench press 300kg, but take him outside and get him to run for 100m and he can’t do it.

“It’s a great engine but it would be nice if they spent some more development money on every other part of the car.

“At least with this car being a manual you’ve got better control over the gears because the automatic gearbox is definitely showing its age, especially at this sort of circuit.

“A lot of fun, lots of torque, very usable, great low-down power, it revs right out, but it shows the inadequacies of the rest of the car.”