Buying a Trophy-R could be a risky social decision. For a start, it has no back seat, but it’s also an easy target for the kind of mate who loves to give shit.

It’s got stickers like a Kmart mountain bike, looks like it’s wearing lipstick and then there’s the fact Renault charges an extra $9000 over a standard RS275, yet that one keeps the back seat, radio and air-con. And the brakes, engine and output (201kW/360Nm) are no different, either.

But tell your shit-giving mate to take a hike, because there’s a reason every judge voted the Trophy-R first in the $50K-$100K class: it’s utter, spine-tingling bliss on a track. In fact, we wish Renault would stop calling us about it and get the message. We’re not giving it back.

In the case of the Trophy-R, less truly is more. The deleted gear saves nearly 100kg over the base RS275, and like a big syringe it injects the 1284kg Trophy-R with a feeling of lightness so many new fast cars just don’t have. 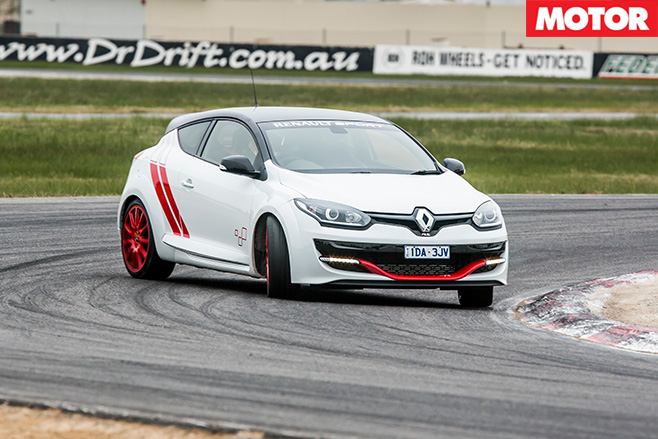 Meanwhile, more focused Öhlins Road & Track dampers are fitted, as are front composite springs. But perhaps most importantly, Michelin Pilot Sport Cup 2 tyres are attached to each corner, and by god do they make a difference.

Having sunken into the Trophy-R’s revelatory fixed-back seats, you’re presented the option of the normal seatbelt or a full-on harness. Either way, roaring out of pit-lane you notice the front tyres grappling for grip as the 2.0-litre turbo hisses, pops and roars with induction noise; the note more crisp and richer thanks to the lack of sound deadening. This thing sounds angry.

The tyres need to be warmed first otherwise your eyeballs will pop out at the first corner. With a bit of heat in them, you begin to notice the Renault Sport engineers were on a mission to destroy all understeer. Initially the Trophy-R feels so oversteer-y it’s a little off-putting, but then you realise it doesn’t want to kill you, it just wants to play. 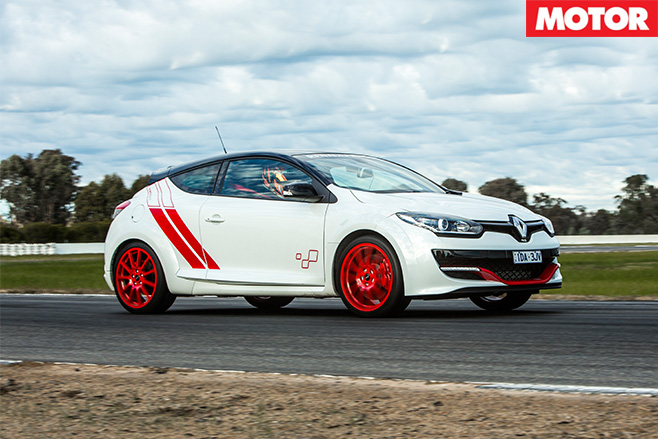 After a few laps, the Trophy-R begins to transform, revealing swathes of available grip, deliciously transmissive, well-weighted steering and a stiff-feeling, sophisticated chassis. Unlike many other cars here, perhaps most remarkable is how connected you feel to the tyres such is the vividness coming through every control.

The Trophy-R is immensely engaging, predictable and satisfying to punt around a track. It’s fast, too, its 1:39.4sec laptime the fastest of the entire 22-car Bang field. Yep, this thing was P1.

Around Winton, though, those sticky Michelins helped the Trophy-R score the fastest mid-corner speeds of the entire field at the turn five and nine apexes. Impressive. It was strong under brakes, too, second best in class. 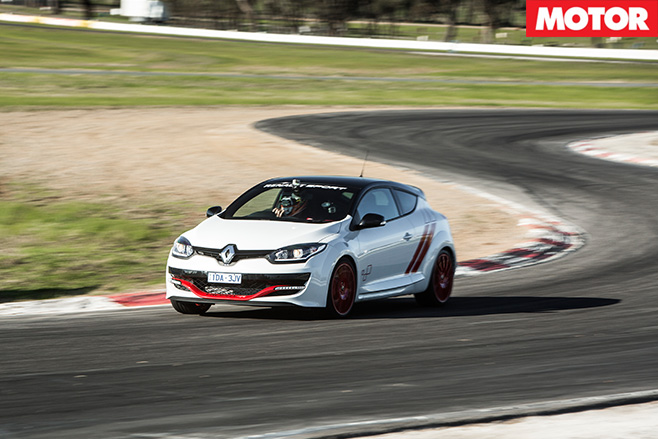 But perhaps what the data doesn’t get across is the fact there genuinely is a little 911 GT3 essence in the Trophy-R, a special sort of lightness and communicativeness we’ve only ever felt in cars like the GT3 or even 458 Speciale.

While the Trophy-R is in a much more junior league than either, it absolutely has the same kind of personality, in some ways making its $62K price seem like a bargain. It might be a risky social decision, but who needs mates when you have a Trophy-R? Not us. – DC

Campbell 1st – “This and an empty racetrack is my kind of bliss. The best bum-dragger I’ve ever driven”

Morley 1st – “Just looking inside at the harnesses and race seats is enough to get you off on the right foot.”

Spinks 1st – “A must-drive for any sceptic of FWD performance.”

Luffy 1st – “So fast for a front-wheeler. You can throw it around or trail brake and it’ll respond. Great engine and you can brake later than the other cars. You just want to stay on track because you know there’s more potential to be unlocked. The ’box is a bit sticky between second and third, but as a fun everyday road car and an occasional track car, this thing’s a winner.” 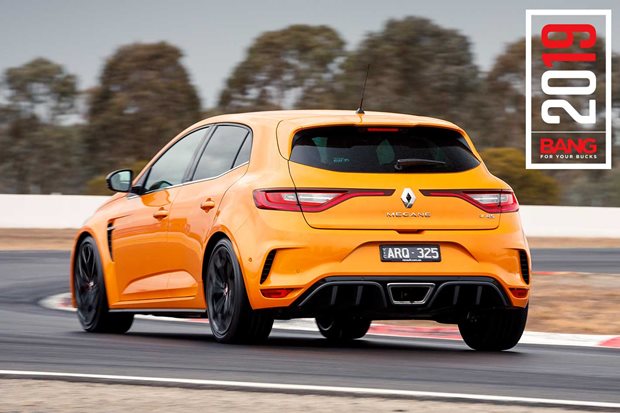 Dynamic on the track, the hot Frenchie is compromised by ergonomics 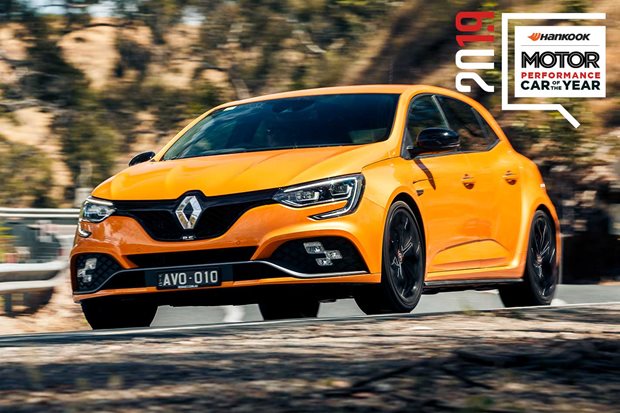 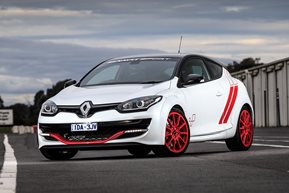