Volkswagen must think its 2011 and 2012 Bang For Your Bucks trophies look awful lonely in its poolroom.

Given the chance to make it three wins last year with a new Polo GTI, it didn’t muck around when cooking up a contender. The car was stuffed with a bigger engine, more power and priced lower than before.

But while this gifted it cracking pace on the dragstrip, it was left dynamically wanting. It took third in class and we reckoned VW’s choice to launch the car without adjustable dampers might’ve been the difference. Almost instantly VW hit back. The trick dampers that eluded our Polo GTIs were thrown on to its standard equipment list free of charge. And the steering system was re-tuned.

So this year when Wolfsburg’s updated mite tore down Winton’s bumpy access-road-slash-dragstrip and the data started to trickle in, we grabbed the blank trophies and fired up the engraving tool. It beat every front-driver in its class to 100km/h, including the more powerful (by 43kW/60Nm) and lighter (19kg) Peugeot 308 GTi 250.

Most of the pack catches it by the quarter mile, and blow by in roll-on acceleration, but the Polo notches up a string of small wins. It claims the third-best braking result and its new dampers unearth new pace around Winton Raceway. With Luffy at the helm the baby GTI slashes 2.2sec from last year’s lap time. And while that owes a lot to Winton’s gluey new surface, last year’s mechanically identical champs don’t come close to such a track-induced improvement. Nor does the returning Ford Fiesta ST pile an extra 4km/h on its turn-nine apex speed this time around.

However, while the new suspension unlocks extra speed in isolation, it can’t gift it the edge among classmates. And only to highlight how fast ‘cheap’ cars have become, the Polo manages the third-slowest lap time, and third-slowest speed through the sweeper.

Neither does the new suspension transform the car’s on-limit behaviour. Initially there’s a lot to like about the chassis. You can tell it’s pliant, even on a track, and balanced enough to chuck around. But for a car less than four metres long you expect it to feel more agile as you up the pace. The front end’s not as keen as the Clio or Fiesta either. Contrary to how it feels though, the Polo’s apex speed for one of the track’s slowest corners (turn nine) is second-best in class.

The judges speak with their votes, however, and it’s no surprise the Polo is picked fourth-last from the line-up. While it has some strong foundations – a strong engine, good grip, and upgraded suspension – it didn’t use them all to extract the most from the car.

Inside the cockpit, it’s less involving than others. Its gear shift action feels adrift, and its steering rack was simply outshone by the Fiesta ST’s for sharpness and pinpoint accuracy.
But its price sure helped – if anything, the Polo’s strongest performance. It’s cheaper than it was five years ago by $300, or $2500 if you account for inflation, meaning even though VW’s developed its pace, the price is generously left well alone. And to its benefit.

Even with the formula skewed towards performance, its thrifty tag was enough to give it a combined index that trumped everything else. Well, everything expect a certain big-engined Aussie that offers about as much fun as you can have on four wheels. 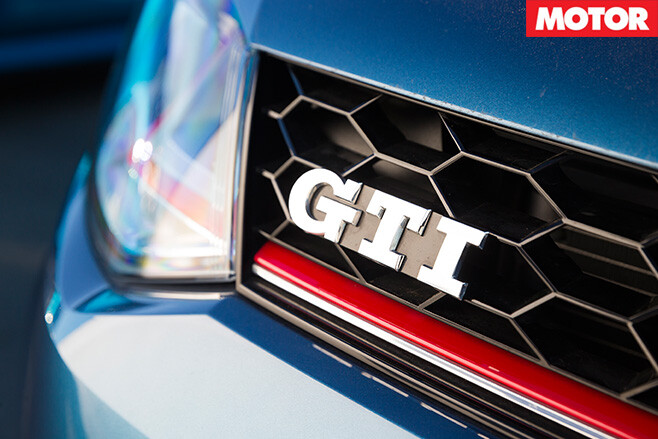 JUDGES' COMMENTS
04. David Morley
“A truly relevant and resolved car this time around.”

07. Dylan Campbell
“A hot hatch for over-30s; makes the Fiesta feel like a car for teenagers.” “Probably the most complete package of all the hot hatches as well; not as sketchy on the limit. Everything is pretty good – the engine, brakes and the speed that you can get out of this thing.

“I’d like to see it more agile in the rear, so you could have that hot hatch characteristic and use the rear of the car a little bit more.

“Great engine, probably a little bit long in the gear ratios because, like for most of it around here, you’re only in second or third gear, but, certainly a fun car and easy to drive on the limit as well.”