Three years after the 208 GTi interrupted the two-decade wake lamenting the passing of the 205 original, Peugeot has now returned to the tombstone marked ‘R.I.P 306 GTI-6’.

It’s been 15 years since that last hot 3-series Pug, and unfortunately for the new 308 GTI it’s a period in which VW’s identically badged Golf has not only rediscovered its form but a rival French brand, Renault, has built a succession of cracking RS Meganes.

If you’re thinking it’s full-fat or bust, it could be the latter for your budget when an extra $5K is required over the $44,990 GTi 250 that is already relatively pricey against its German competitor, and especially the $38,990 Ford Focus ST. There’s plenty of equipment, of course, and that superbly designed, classily minimalist 308 cabin is further furnished with hot-hatch must-haves such as red stitching, sports seats and a perforated steering wheel. Most important, for keen drivers, is the gear underneath that confirms the chassis potential indicated by the 308 GT.

Springs are stiffened, dampers recalibrated, ride height lowered, and anti-roll bars thickened, while brakes are enlarged and power enhanced with the importation of the RCZ-R’s small-capacity, big-boosted (35psi) 1.6-litre turbo.

While the ride is predictably firmer than the GT’s, it’s never tiring – and in return the chassis provides the crucial directional balance, throttle adjustabliity and tied-down feel that encourages quick driving on challenging roads. 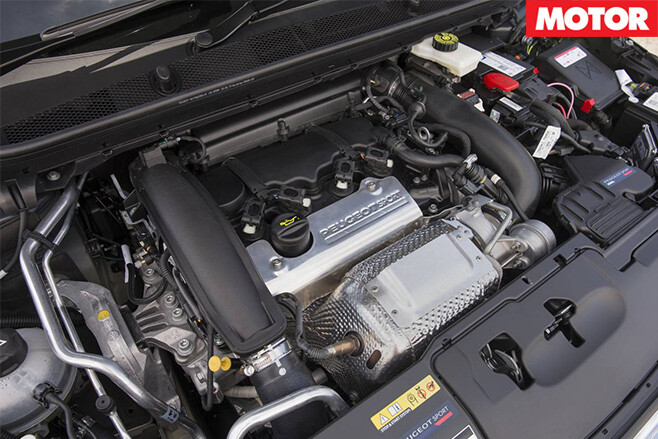 A software tweak frees up an extra 16kW for the 270, lifting the 308 GTi’s already-all-conquering power-to-weight ratio further to 167kW per tonne thanks to its remarkably light 1205kg mass. And while the maximum 330Nm (kicking in at 1900rpm) doesn’t go any higher on the torque graph’s Y axis, the drop-off point on the X axis is extended from four-grand to 5500rpm for even greater in-gear flexibility.

Squeezing the accelerator in the more powerful version brings a difference in poke that feels more night and dusk than night and day. It’s two-tenths on paper in the 0-100 run, with a 6.0 dead for the 270.

There’s still some minor lag and no improvement in sound, even by pressing the same Sport button on the centre console that amplifies the engine note through the audio speakers (and further sharpens the already commendable throttle response and illuminates the instrument dials in red).

And the sole gearbox – a six-speed manual – could be tighter in its operation and shorter in throw, even if it’s still a big improvement on sloppy Peugeot manuals of yore and remains precise even in a racetrack environment. 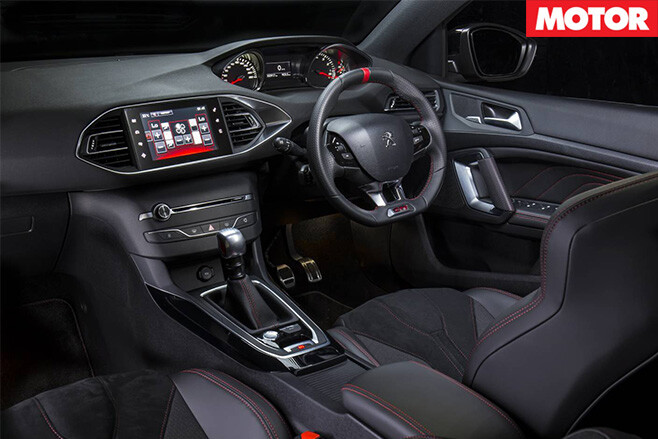 While the 250 isn’t short on traction, under provocation from your right foot it is prone to losing corner-exit momentum through inside-front-wheel slippage – where the 270 is simply able to get its power down more effectively through both low- and medium-speed corners.

You feel the diff working, with noticeable steering wheel tugs, though it’s no torque-steering monster.

So the 270 is hardly less civil than the 250 that’s positioned as the less-hardcore daily driver.

But even if the 308 GTi’s pricing is the only rude aspect of an otherwise hugely appealing package, it’s a pleasure to report that sporty Peugeots are most definitely back from the dead.