Fast, fun and practical, is the Golf GTI all the car you ever need?

It’s the Goldilocks effect: some cars don’t initially blow you away with a particular attribute, but slowly wriggle their way into your affections with an inherent rightness.

Volkswagen’s Golf GTI has traditionally been one such car. Rarely the fastest, sharpest or cheapest in its class, you approach it with a little scepticism.

But then you roar up an empty alpine road, on the (long) way back from the shops, pull over, andexperience a breathless epiphany. You wonder, genuinely, if you actually need anything more from a car. 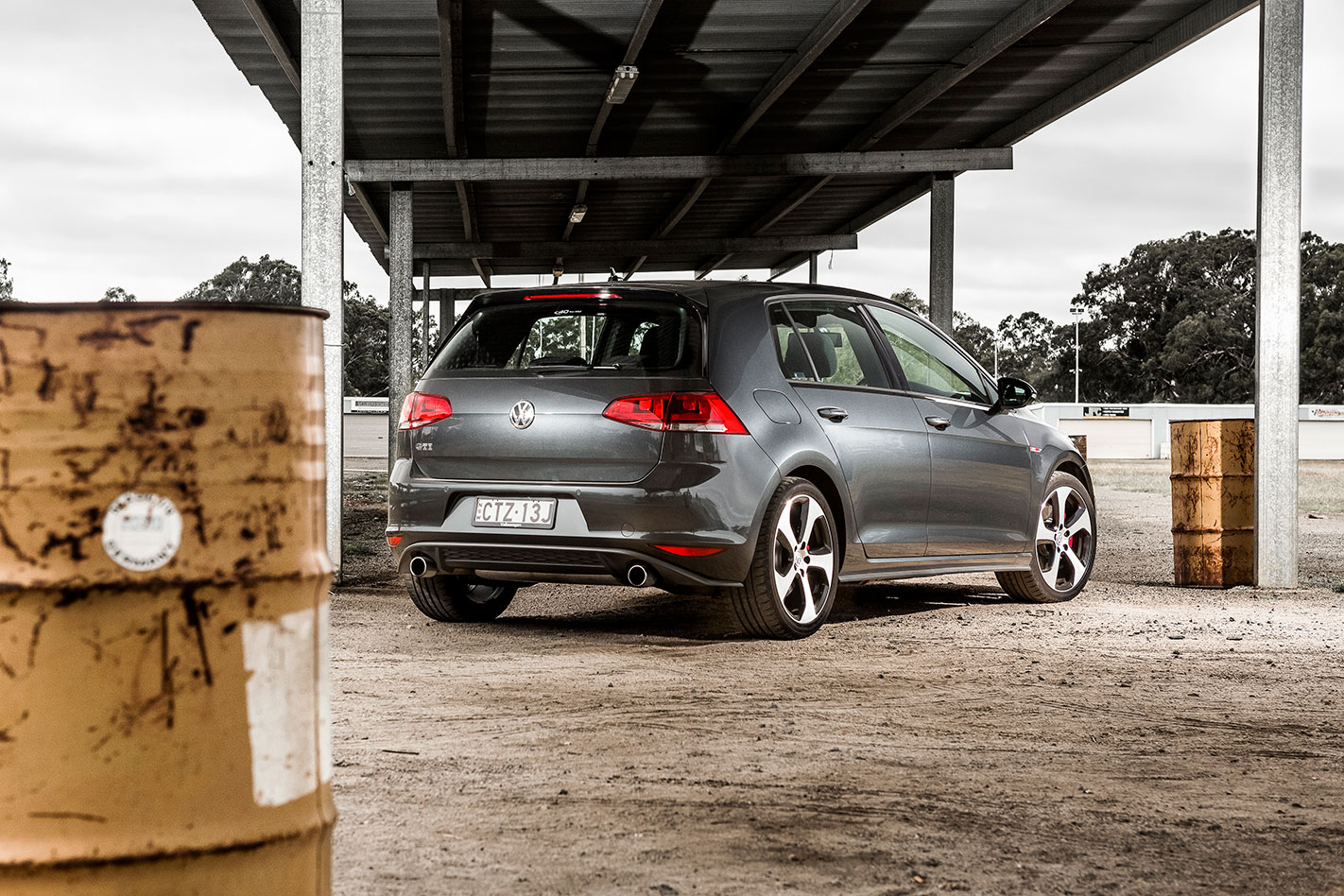 But in the fiercely competitive hot hatch segment, has VW become complacent? At first glance it appears little has changed over the outgoing Mk VI, but underneath the conservative new clothes there’s been some significant alterations.

Chief among those is the adoption of VW’s new MQB modular platform, which helps the new GTI weigh in at a relatively svelte 1313kg, 47kg less than the previous model. Combine this with an extra seven kilowatts (now 162kW) and the new car’s power-to weight jumps to 123kW/tonne from the old 114kW/tonne.

Even more important, though, is the impressive 70Nm hike in torque – now 350Nm from just 1500rpm – thanks to variable exhaust valve timing, an electronic turbo wastegate and better electronics. The GTI pulls strongly from next-to-no revs with an almost boxer-like rumble before growling its way past the 6000rpm redline. The sheer power won’t knock anybody’s socks off, but it’s quick and the throttle response is sharp. 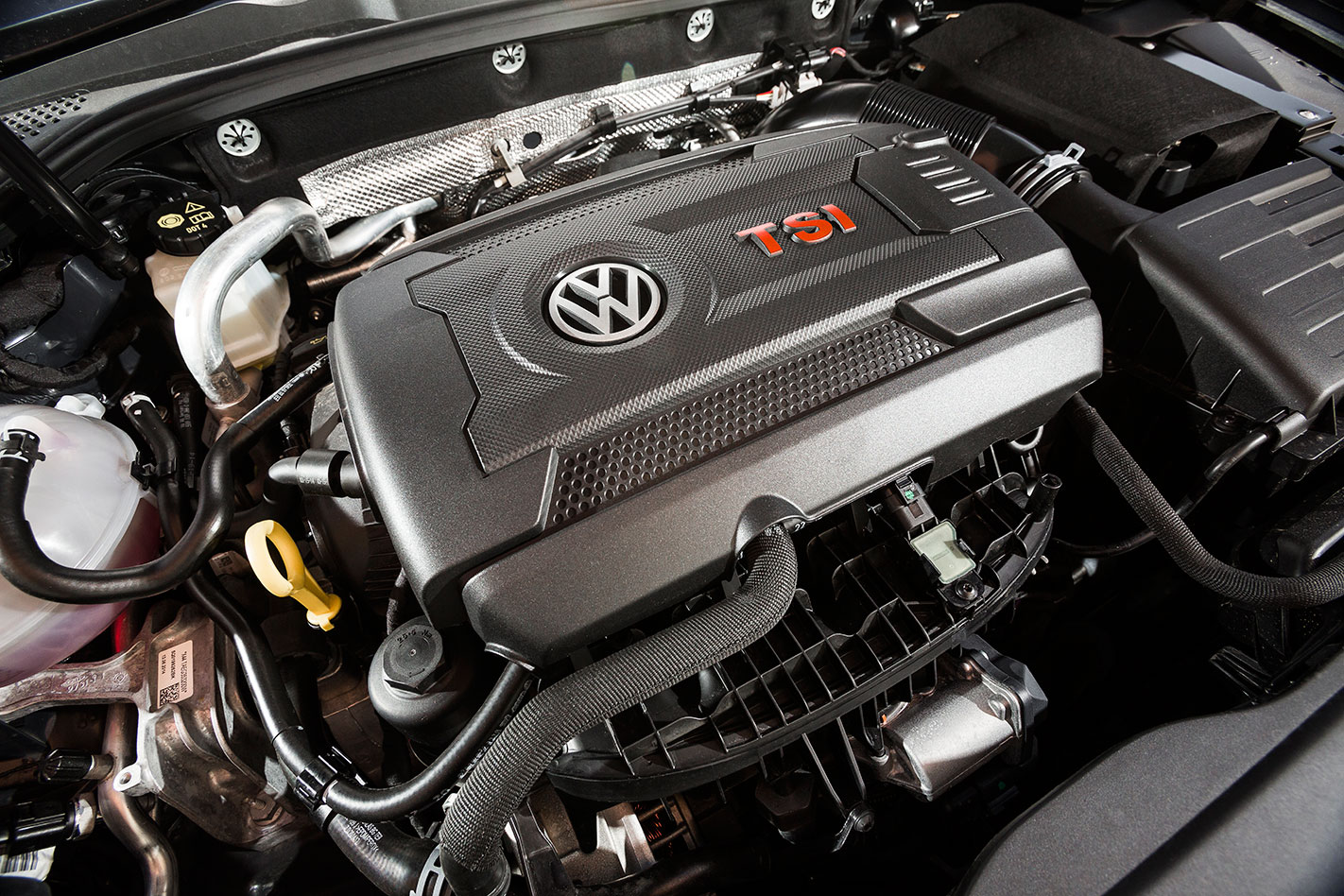 Even better, the angrier soundtrack (courtesy of a ‘sound actuator’) adds a character previously lacking in this EA888 engine. A six-speed manual is standard, or pay $2500 and get the DSG ’box (also six-speed). Most buyers will choose the self-shifter (the ratio was 3:1 in favour of DSG for Mk VI), but it’s hard to recommend one over the other.

It’ll depend on your priorities; the DSG allows you to go faster for less effort, but there are still some Neanderthal types (myself included) that like to move a gearstick around. If fuel consumption matters, the manual claims 6.2L/100km versus 6.6 for the DSG. However, fuel consumption is the last thing on our mind when faced with the torturous Targa Tasmania stages east of Launceston.

Check out more of MOTOR's reviews

Bumpy, often blind and with thousands of corners soaked from by the previous day’s storms, these roads offer a stern test for the new GTI’s chassis. As is now de rigueur, the Mk VII allows drivers to tweak various components using the ‘Driving profile selection’ screen. 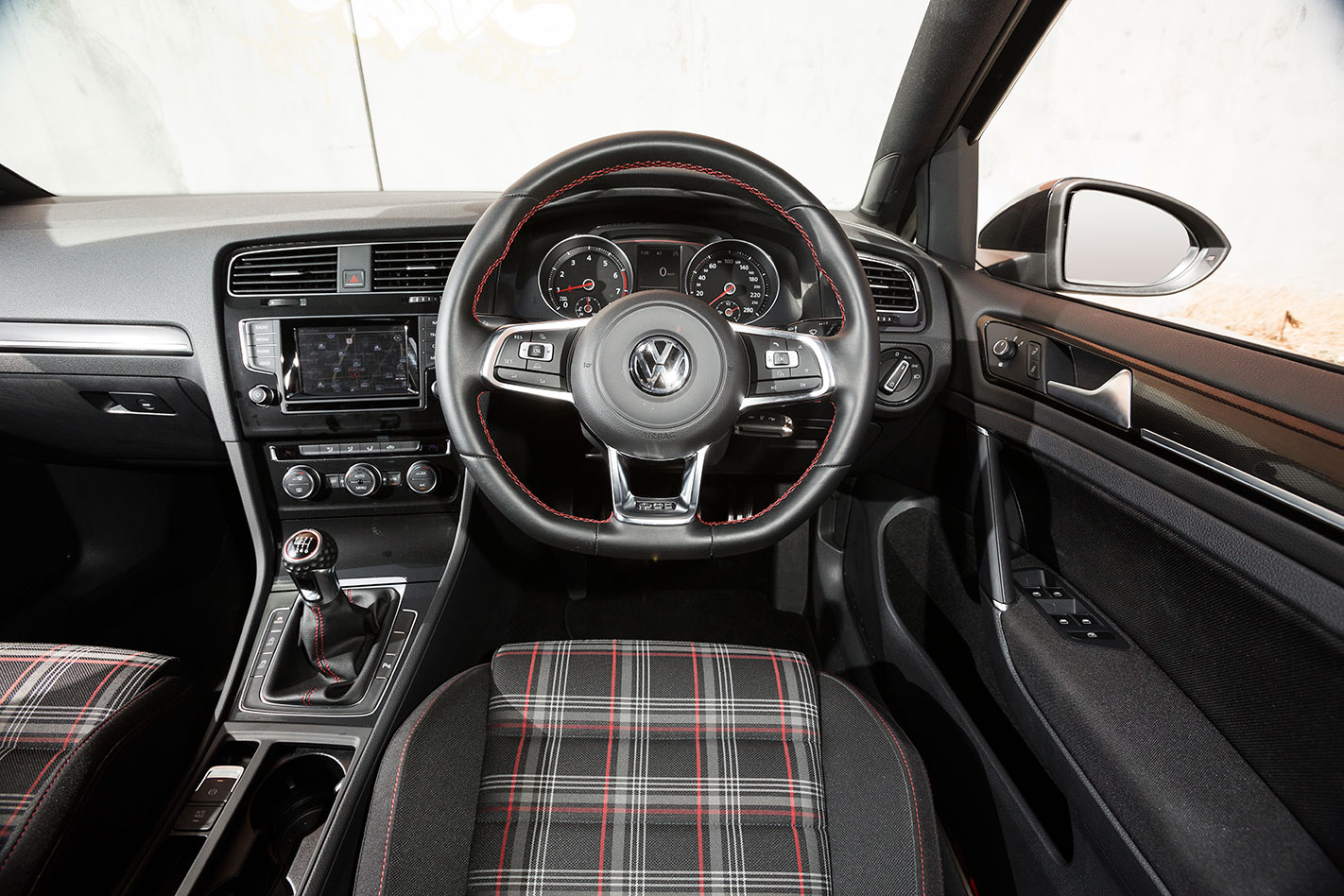 Engine and gearbox, steering and dampers can all be set to ‘Sport’, ‘Normal’ or ‘Comfort’. Or, for the kind of people who are intimate with the settings menu on their smartphone, you can concoct your own blend of car settings in the ‘Individual’ mode.

Dive deeper into the menu and you’ll find even more options for customisation, including a ‘Sport’ option for cruise control. We’re not even sure VW knows what that does. 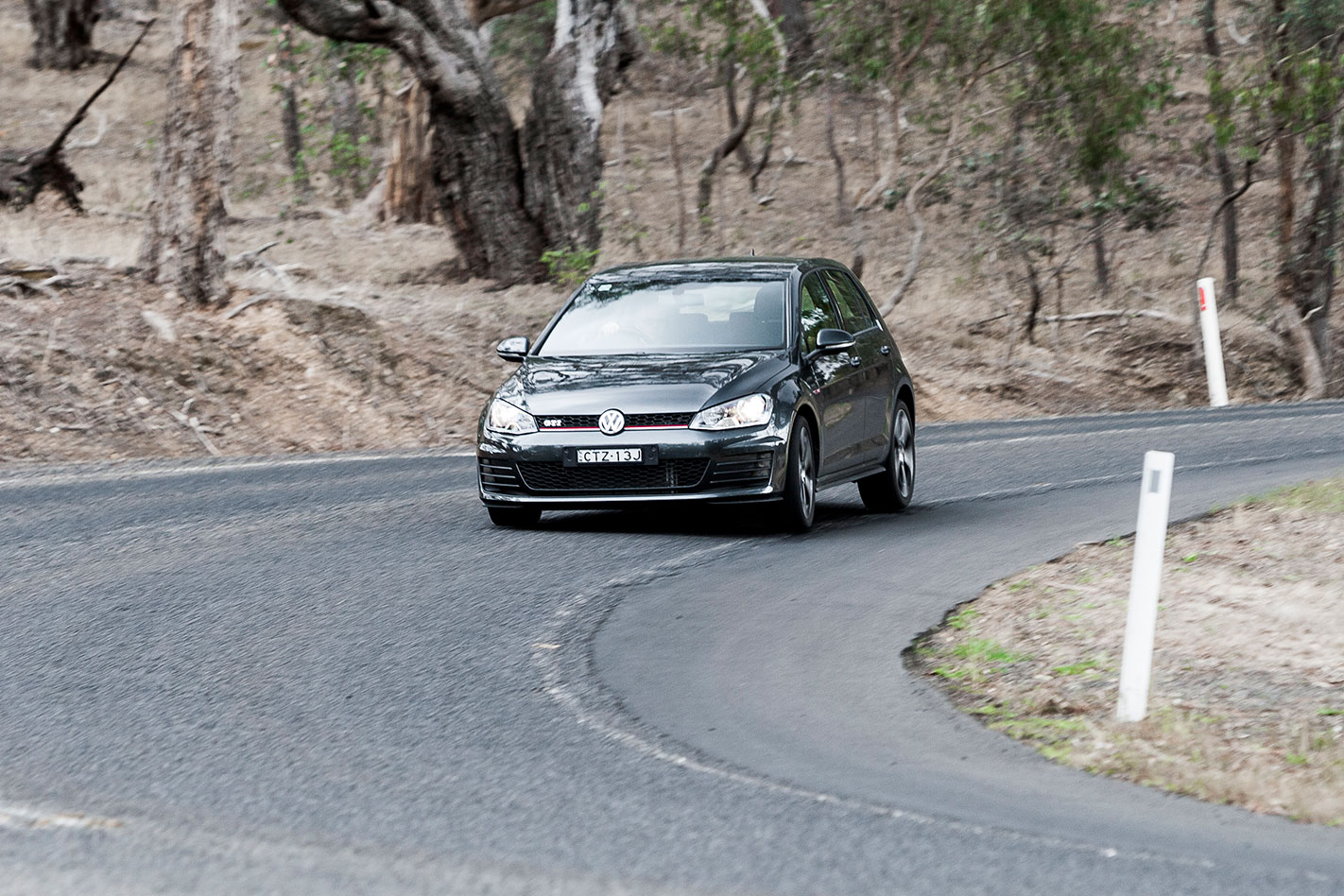 In ‘Sport’ the dampers keep the body under control, though the extra movement that ‘Normal’ allows does make the car more lively.

Traction is one area the new car does occasionally struggle. The XDL electronic diff has been further refined but careful throttle application is needed out of second-gear bends (or third gear, if the road is damp) to prevent scrappy wheelspin.

In summary, the Mk VII GTI manages to be a better drive than ever, while delivering space for five, a slick interior and lots more standard kit (though the price has crept up $1000). It mightn’t undercut the Ford Focus ST, and it doesn’t thrill us like, say, a Renault Megane Sport. But that doesn’t mean it’s gone all soft. It’s just right.

Click here to read the full range review of the Volkswagen Golf. 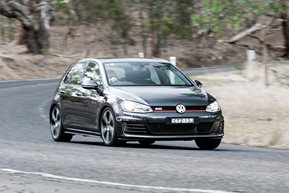