Sixteen years ago, Australia fell hard for the Mazda 3. More than just a sales success, it joined the Toyota RAV4 SUV in embodying the changing landscape of Australian motoring – one that would swiftly ensure the glory days of the Holden Commodore and Ford Falcon were numbered. Such transformative cars don’t come along very often.

However, our relationship with the 3 has been complicated. While each evolution – from the Ford Focus-based BK original to the wholly Mazda-engineered ‘SkyActiv’ BM series of 2014 – brought specification and safety improvements, abundant noise and refinement issues always undermined it. Four generations on, though, Hiroshima is finally listening. Benchmarking the class-redefining Volkswagen Golf, Mazda claims the latest 3 delivers a profoundly quieter, higher-quality, lighter yet stronger, more engaging, safer and more advanced proposition. In emulating the Germans, the 3 has moved upmarket: the old base Neo is gone, bumping up the entry price by $4000. 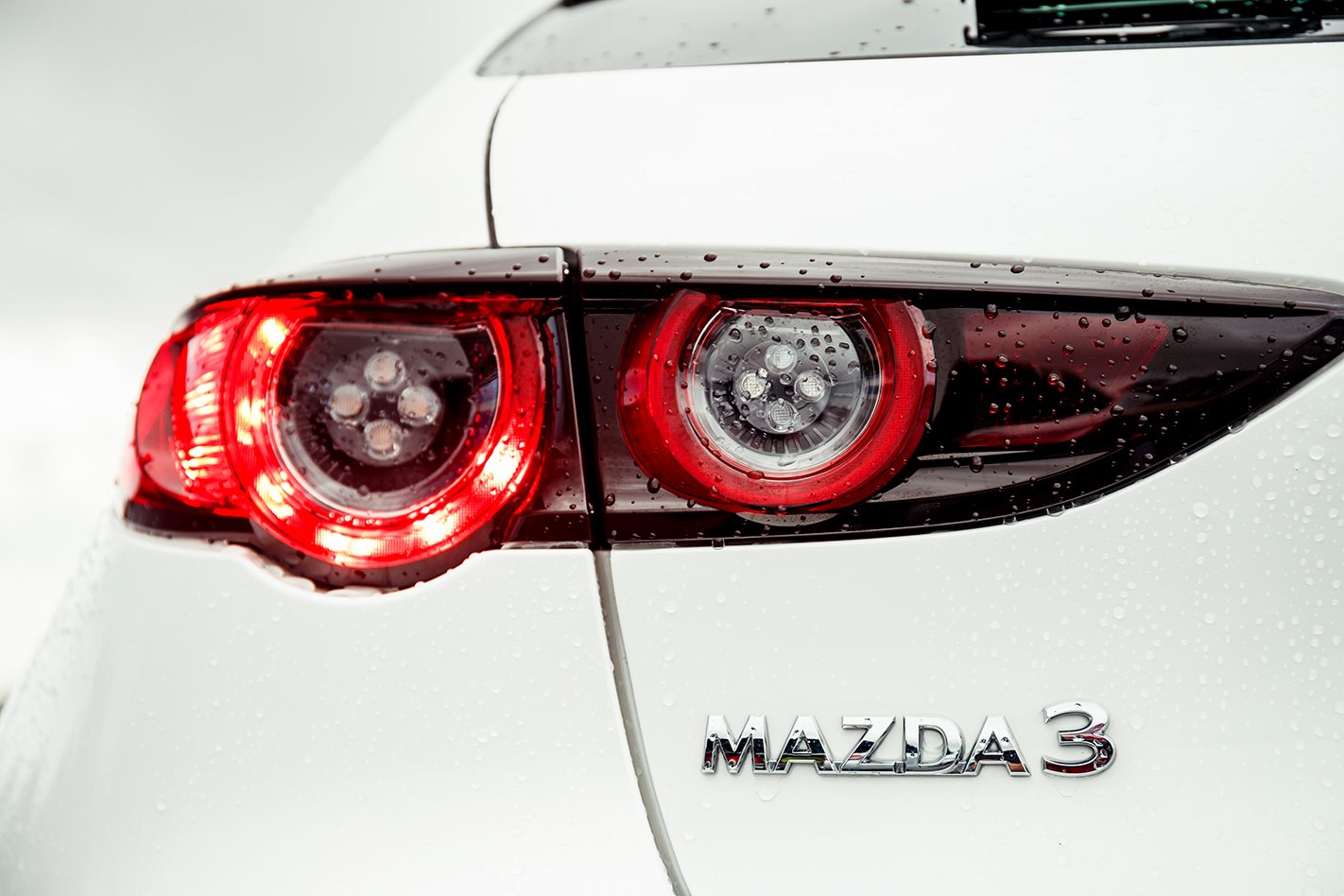 Still, even in much more expensive company on COTY, you can see where the 3’s value lies. Whether talking about the sculpted hatchback or suave sedan, Mazda’s exterior surfacing is first class. Obsessive detailing permeates many of the touchpoints inside, from the wheel to the gorgeous instruments. However, functionality issues do arise. The five-door’s sloping roofline and small back-door apertures hindered entry and egress for our taller judges while the shallow window line hurts vision out. And the hatch’s cargo space is a disappointing 295 litres. That’s 40 litres less than that of the smaller Audi A1.

Read next: Wheels Car of the Year winner

Has chasing refinement come at a cost in other areas? Let’s start with the elephant in the room – the decision to ditch the multi-link rear suspension. Said to cut noise paths and improve coming electrification packaging, it’s true that the 3 no longer aurally assaults with incessant interior noise. Our decibel tests show the sedan in particular now nearly matches some premium fare. Some bumps do break through the newfound quietude, especially over craggy lower-speed surfaces, but with reduced ride jitteriness. Peugeot’s 308 is cited as the inspiration for how to make a torsion beam back-end work. There’s also pleasing progress at the pointy end, too, thanks to the beautifully positive and tactile steering tune which helps get the best from the precise, fluid handling. “Lovingly polished dynamics,” as one judge summed it up. 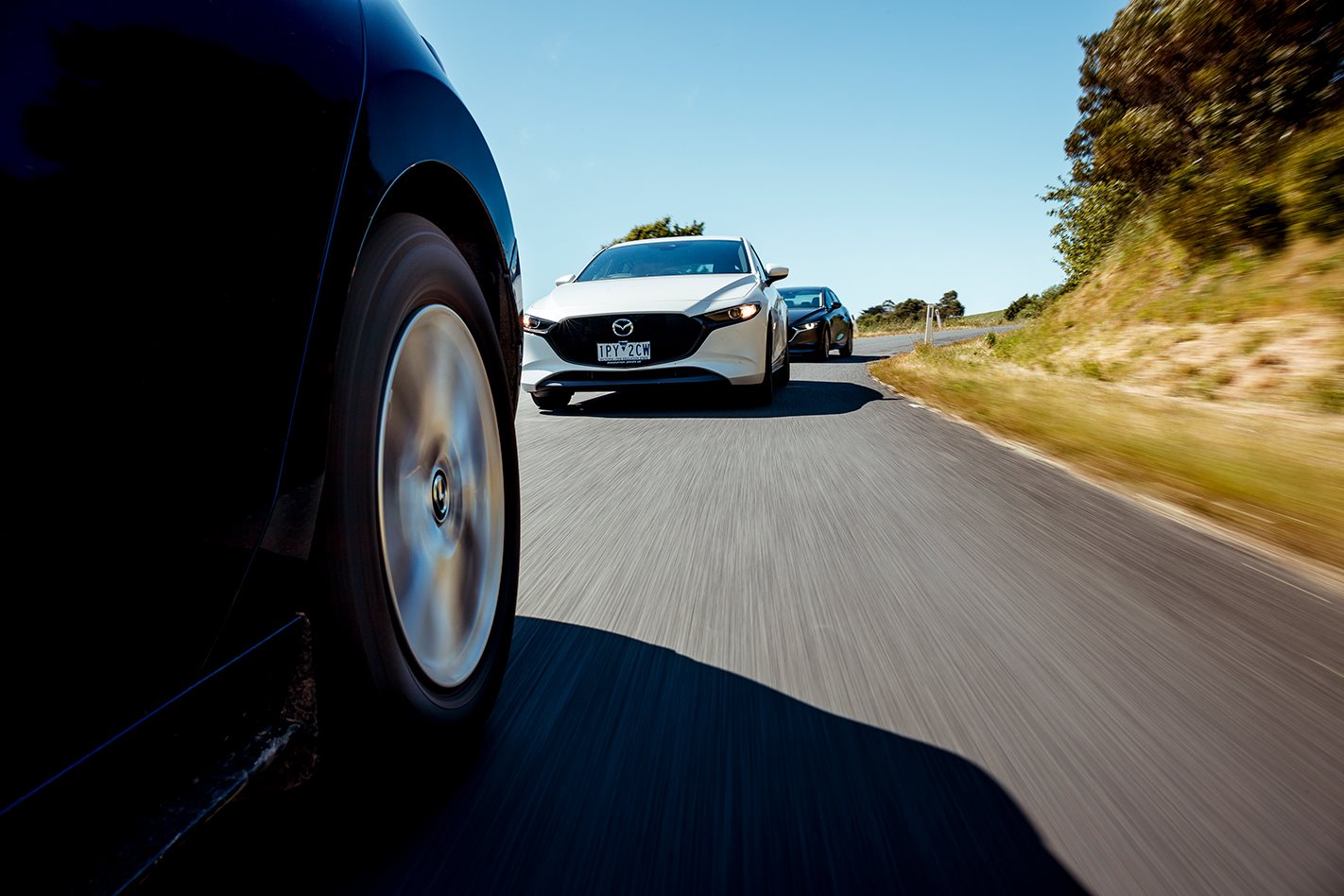 However, they were less enthusiastic about the 3’s engines. The largely carryover 2.0-litre can feel sleepy at first, even lazy (at Lang Lang no petrol car was more lethargic), and needs plenty of noisy, boomy revs to really wake up. In the six-speed auto, ‘Sport’ holds each gear for what seems like an eternity but the manual mode (with a correct pull-back upshift/push forward downshift) reveals the 3’s true sporty intentions.

The 2.5-litre performed better, drawing from a deeper well of torque, making it considerably more relaxed and responsive across the board. With four passengers, the G25 will actually lope along effortlessly. No big technological leaps forward mechanically, then, but effective nonetheless, especially away from the proving ground. If only the promised SkyActiv-X supercharged compression-ignition combustion engine had been here to match the chassis advancements. 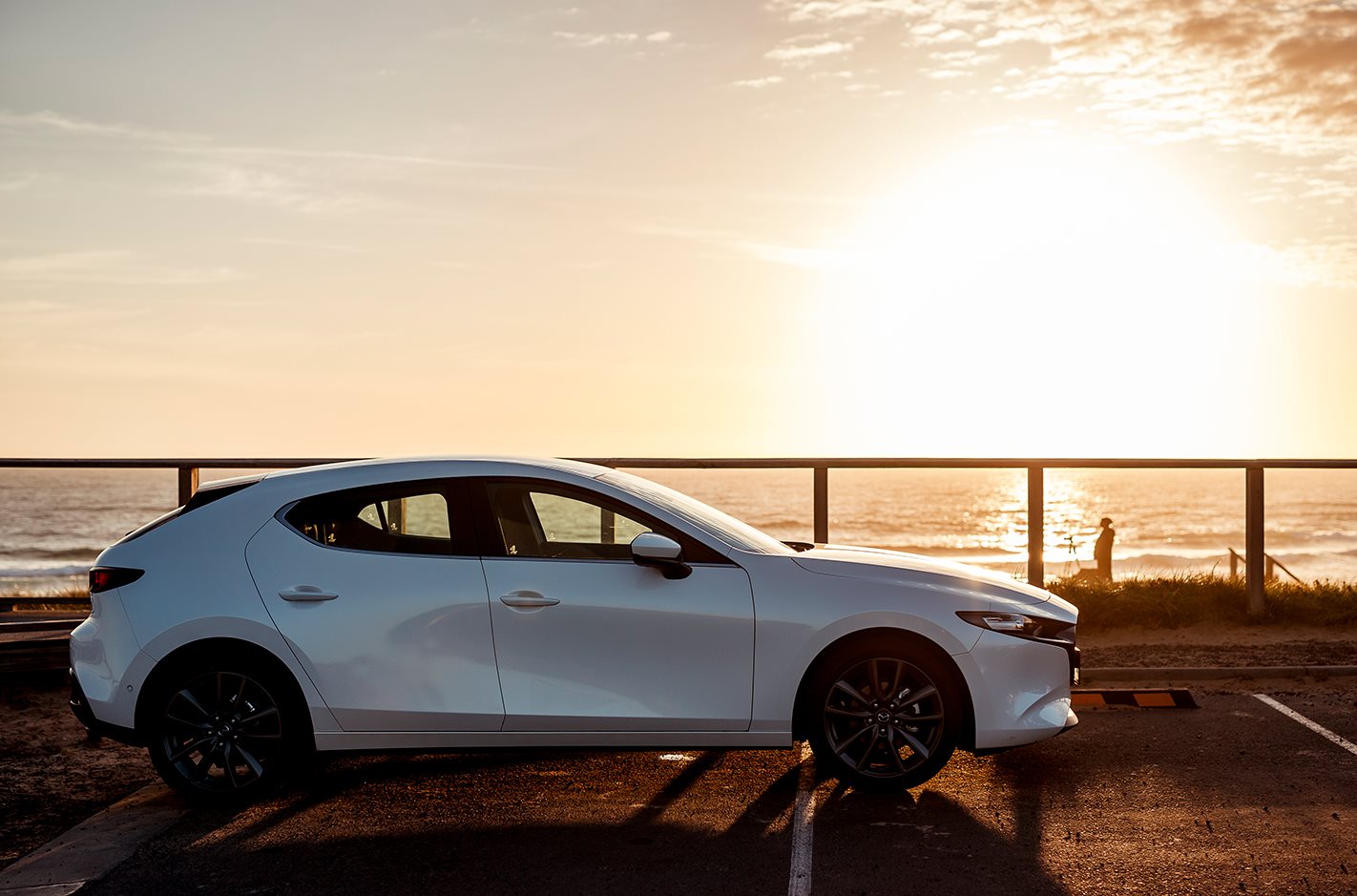 Mazda has delivered a mainstream small car that is richer and more rewarding than more expensive premium alternatives, including the Mercedes-Benz A-Class. The 3 has come of age at last. But it doesn’t represent a leap forward against the Golf 7.5 which, we have to note, it now matches in price. In any other year, Mazda’s sweet 16-year-old nameplate might have entered the winner’s circle, but for the new decade, a model with greater vision, scope and inspiration has stepped up instead.

Read next: WhichCar should I buy? SUV or Hatch 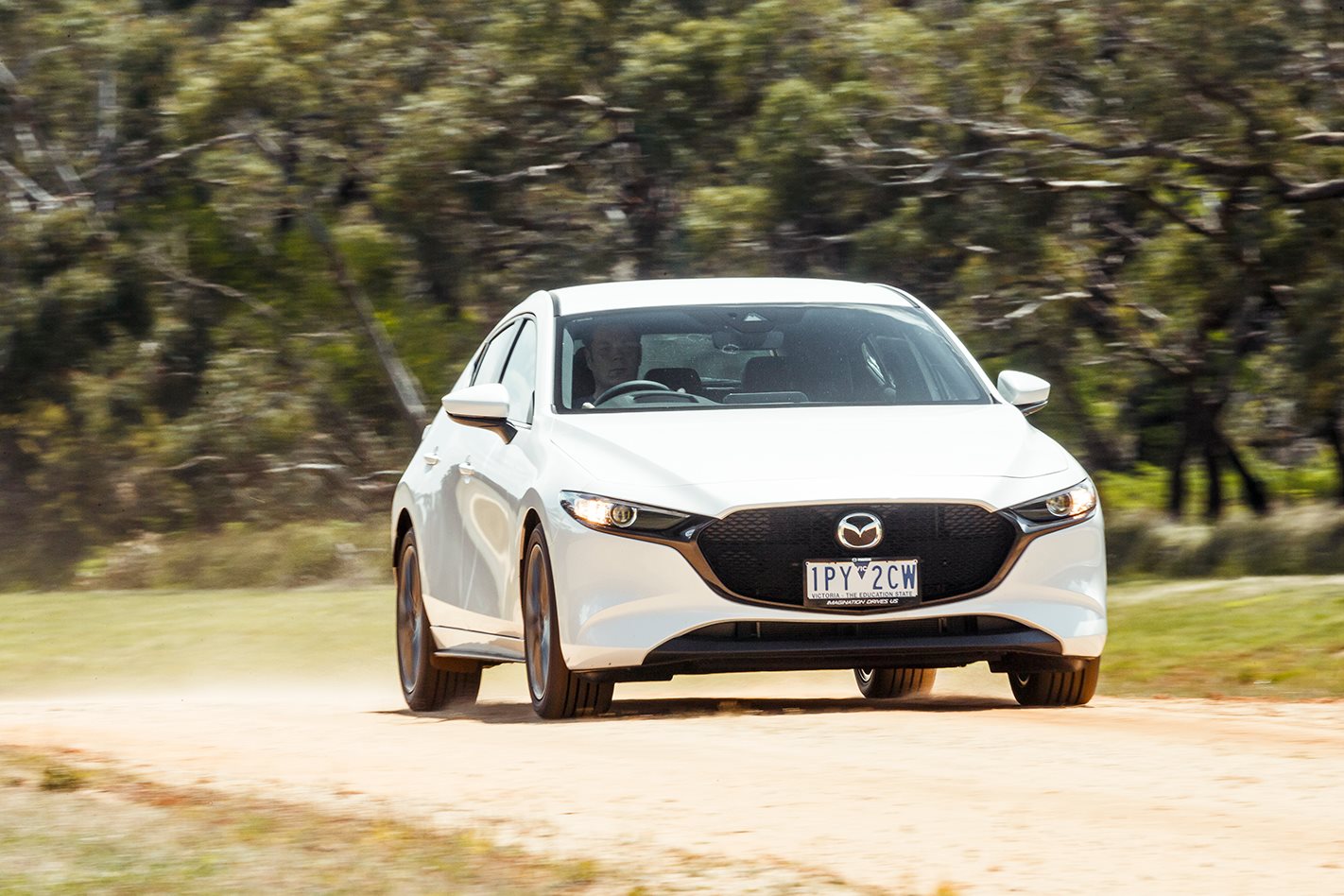 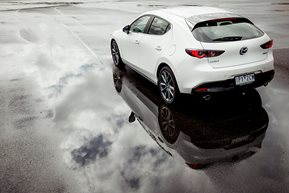