THE people have spoken! WheelsMag.com.au readers have taken part in an exhaustive six-stage poll to judge the People’s Choice Car of the Year for 2016.

In the end it wasn’t even close. One car grabbed an early lead in the deciding poll and was never headed, romping away with 60 percent of the vote.

That car was the Jaguar XE sports sedan, with which the Coventry maker hopes to take on competitors such as last year’s People’s Choice winner, the Mercedes C-Class. 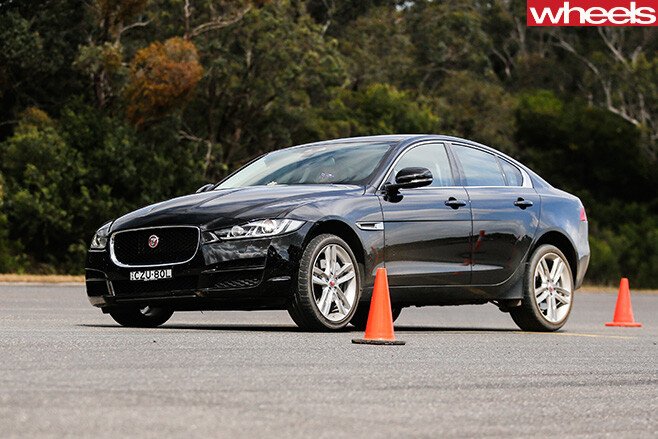 Congratulations to Jaguar. The XE drew well over three times as much support as the runner up, the Mazda MX-5.

In fact, the Jag’s winning margin in the deciding poll, which closed about 2pm yesterday, was bigger than it had been last week where it dominated voting in the premium European car category.

In the deciding poll, Mazda’s lightweight MX-5 roadster captured second place with only 16 percent of the vote – even though it had won its group poll even more resoundingly than the Jaguar.

In third outright was the rugged Ford Everest SUV, with 14 percent, from fellow group-stage winners the Ford Mondeo and Honda HR-V. 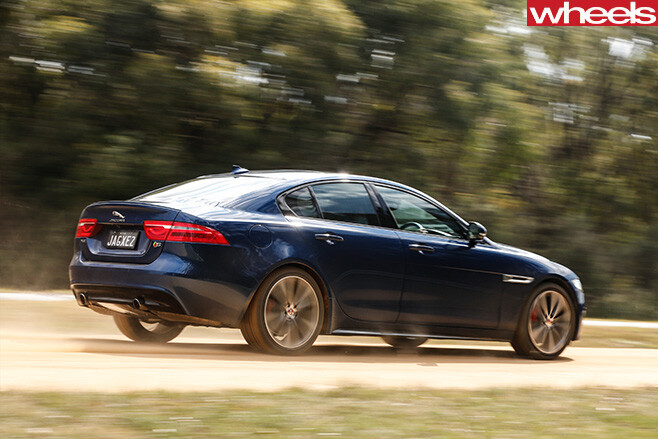 The Indian-backed, British-built Jaguar had certainly impressed Wheels reviewers before it was included in the 2016 Wheels Car of the Year field.

“After the largely forgotten X-Type of 15 years ago, Jaguar’s return to C-Class territory could have been another embarrassment,” contributor Byron Mathioudakis wrote in citing it among the 25 Car of the Year contenders for 2016.

“But the hunky XE grows real claws at last, smashing preconceptions about the British brand more effectively than any model since the 1968 XJ, and redefining luxury compact sports-sedan parameters with breathtaking confidence.” People’s Choice poll participants were encouraged to use the same criteria adhered to by the official Car of the Year judges, namely:

But unlike the COTY judges, few readers voting will have driven all the contenders over at least several days.

Will the Wheels judging panel nevertheless endorse the same choice? Stay tuned as the 2016 Wheels Car of the Year will be named at 9.50pm on this website tonight.