Almost too much venom for its own good

But don’t be misled by the arithmetic here: not only is the Stinger the first Kia ever to grace PCOTY, it did so by offering one hell of a performance package at a super-competitive price. In fact, had this been Bang For Your Bucks, there’s a fair suspicion that the Kia would have been considerably higher up the ladder. 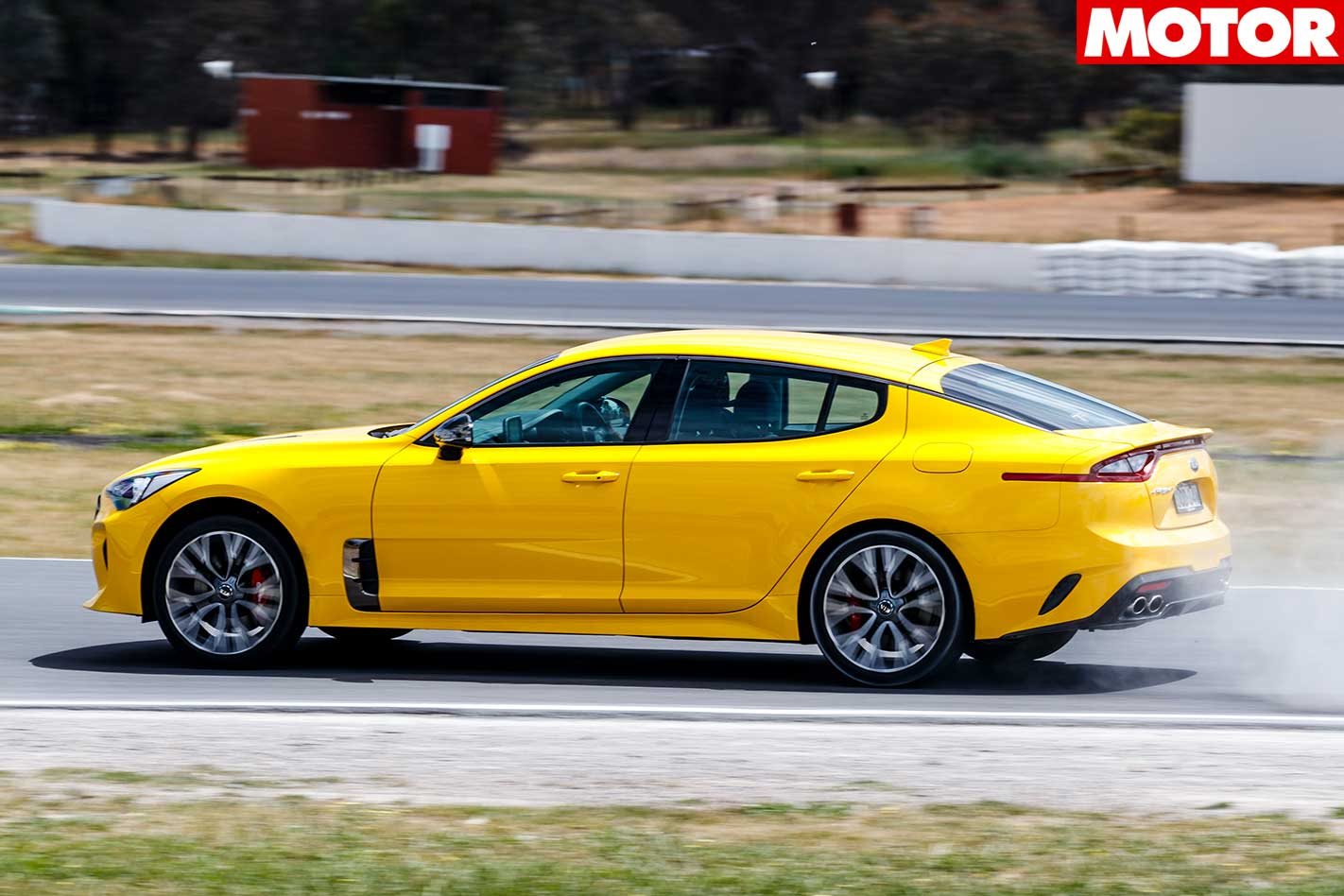 What can’t be disputed is that the Stinger is fast. In fact, it even took a couple of tenths off its 0-100 time compared with our original test of the thing, getting to the metric tonne in 4.8 seconds. It feels fast, too, which is half the battle these days, although it utterly lacks the soundtrack to go with that drama and fury. 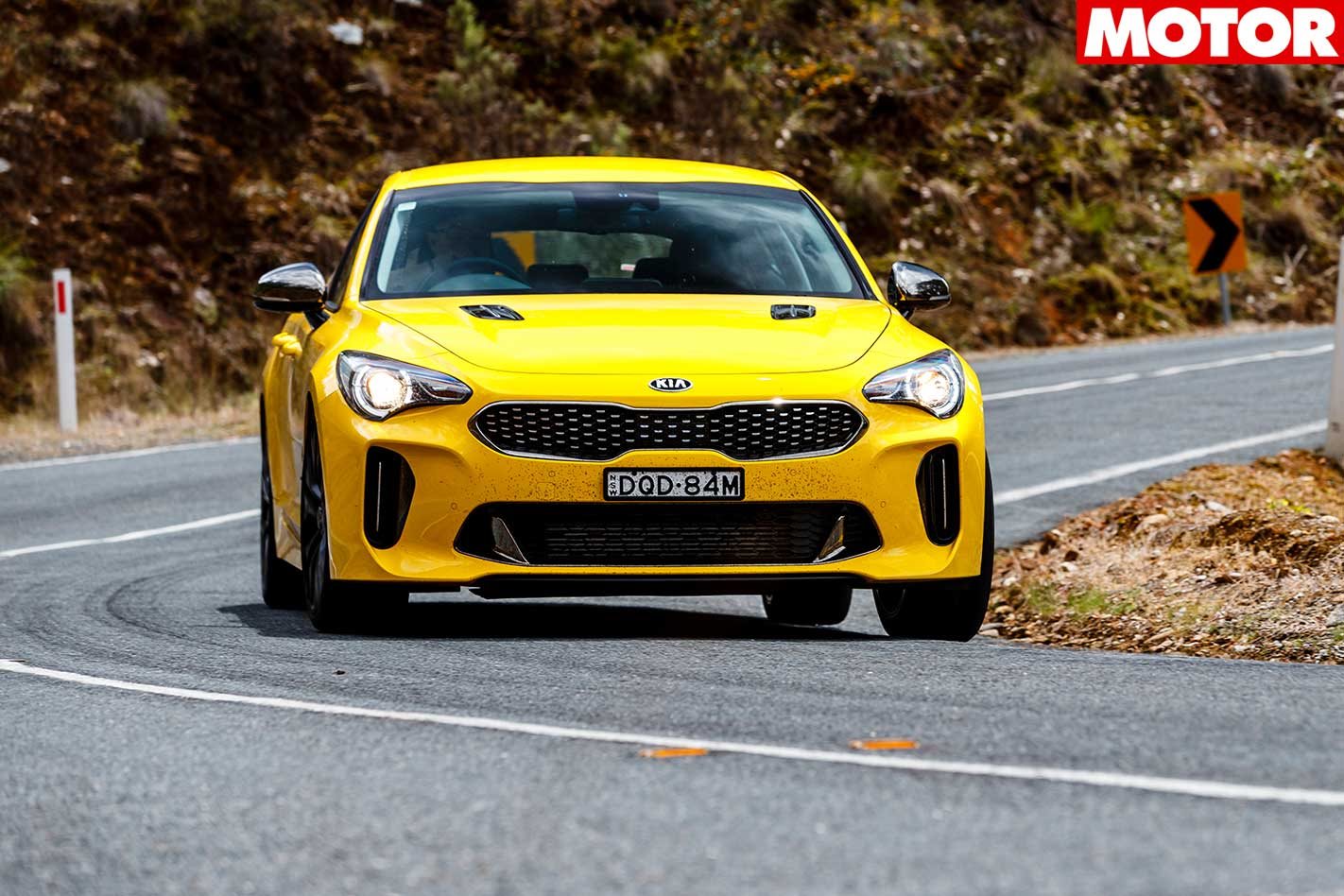 Okay, so an aftermarket, Aussie-designed and built zorst is in the offing (smart money says it’ll be about $2650) but that wasn’t fitted here and it remains that the Kia’s exhaust note could be the next national anthem of Fartland. Silent but deadly sums it up.

Nevertheless, it sizzles. And when you get to a corner, it doesn’t fall in a heap, either.

Okay, right at the limit, it starts to get a bit sketchy, but that long wheelbase is its saviour. And, true, the steering doesn’t telegraph much in the way of useful information and feels over-assisted. But the truth is that you can really scurry along in most situations and, as a big rear-driver in a world where that sort of thing seems on the nose, the Stinger is a real breath of fresh air.

Our main complaint would be with the transmission. Eight gears is fine by us, by why is there no Sport mode for the tranny? And why is there no way to lock it into a manual state of mind for more than a few seconds (via the paddles)? Feels like an oversight. 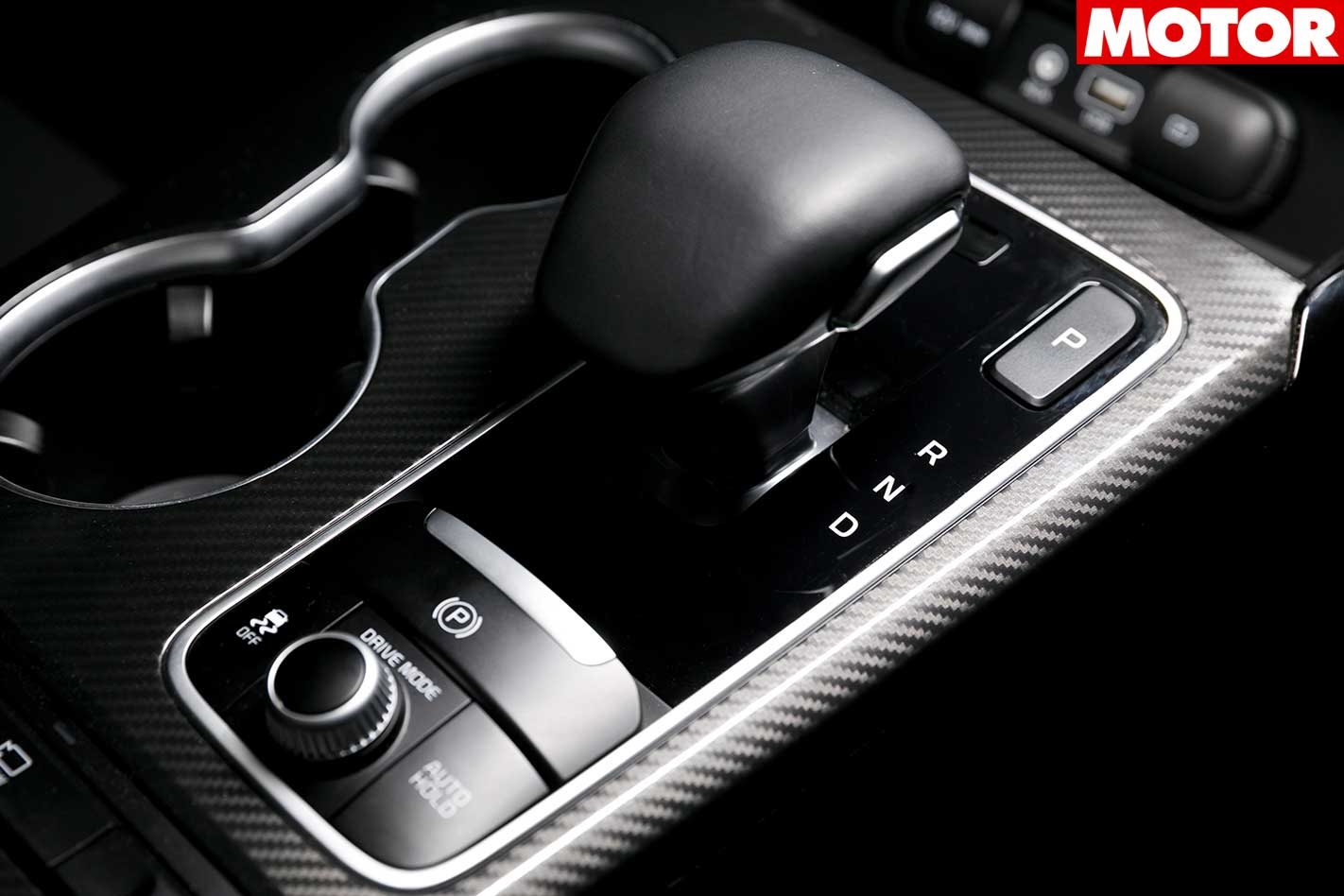 Even on the track where you are paddling often enough to keep the thing in what passes for manual, a big step on the gas (beyond the kickdown détente, in other words) will see the box kick down as far as it can go rather than hang on to the gear you’ve just selected (for the Winton sweeper, for instance). And paddling down more than a single gear at a time will confuse the poor dear and leave you who knows where among those eight ratios.

Maybe the next model will be an improvement. Even then, if you don’t want to drive your five-door family car like your pants are on fire (and there are plenty of us who would be nodding wisely about now) then the Stinger 330 Si starts making an awful lot of sense. And there’s no need to wait – that optional bi-modal exhaust will be a dealership retro-fit. 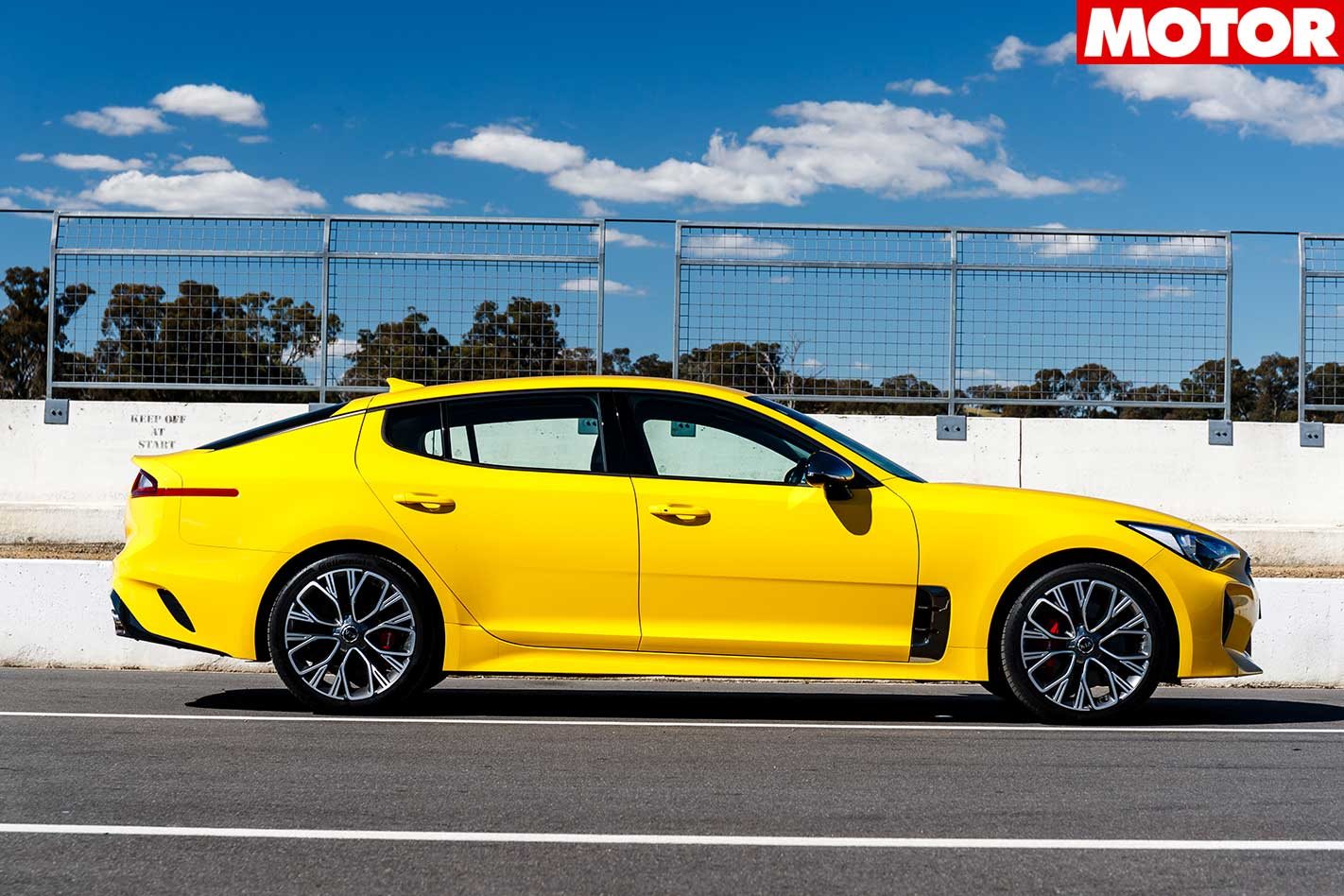 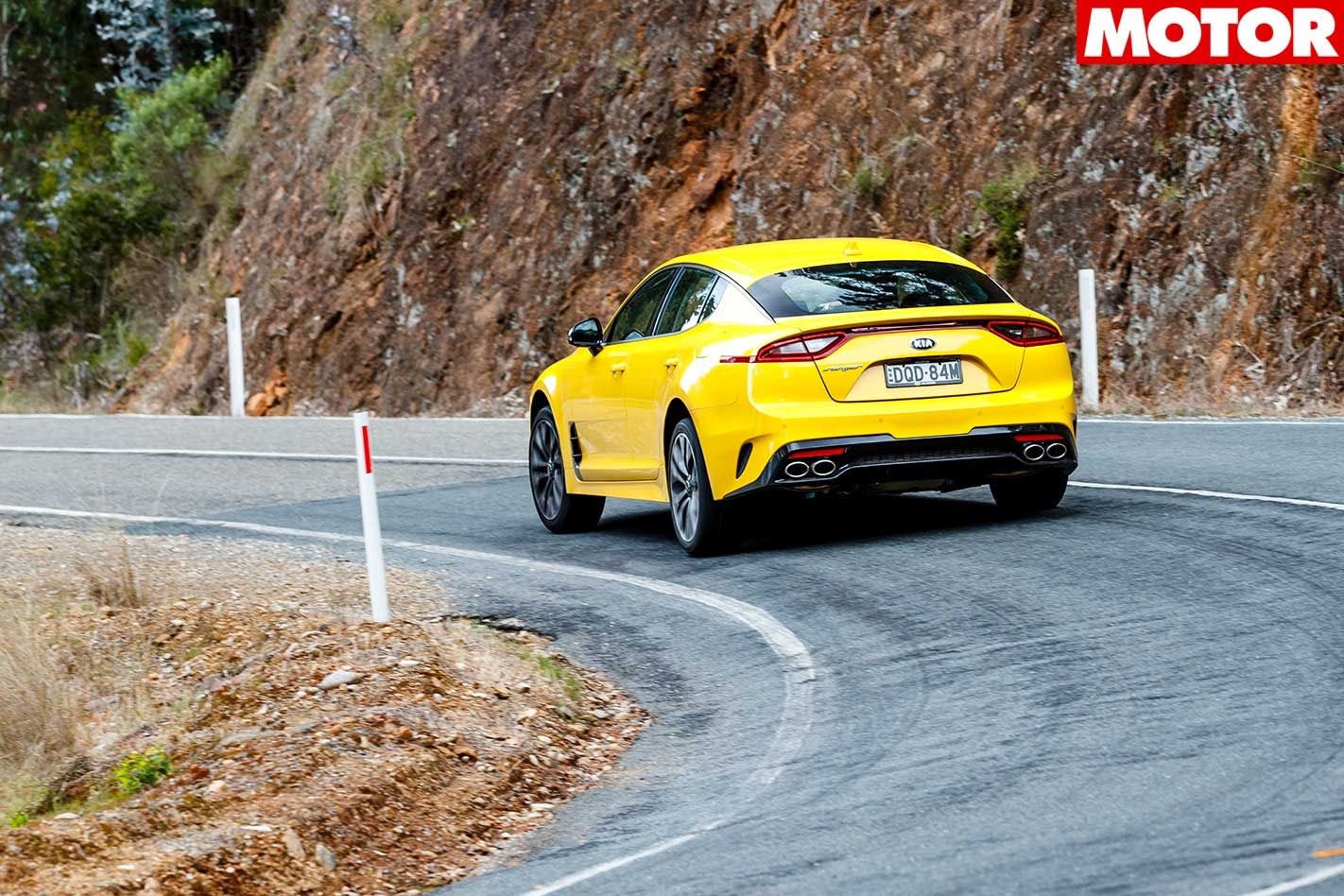 Morley – 6th
A Kia at PCOTY? About time. And the Stinger made a good fist of this.

Robson – 10th
It’s the Stinger’s first day at performance school, and it’s all at sea. Has potential. 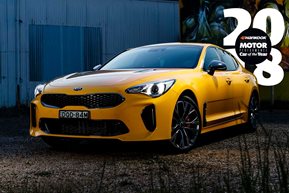 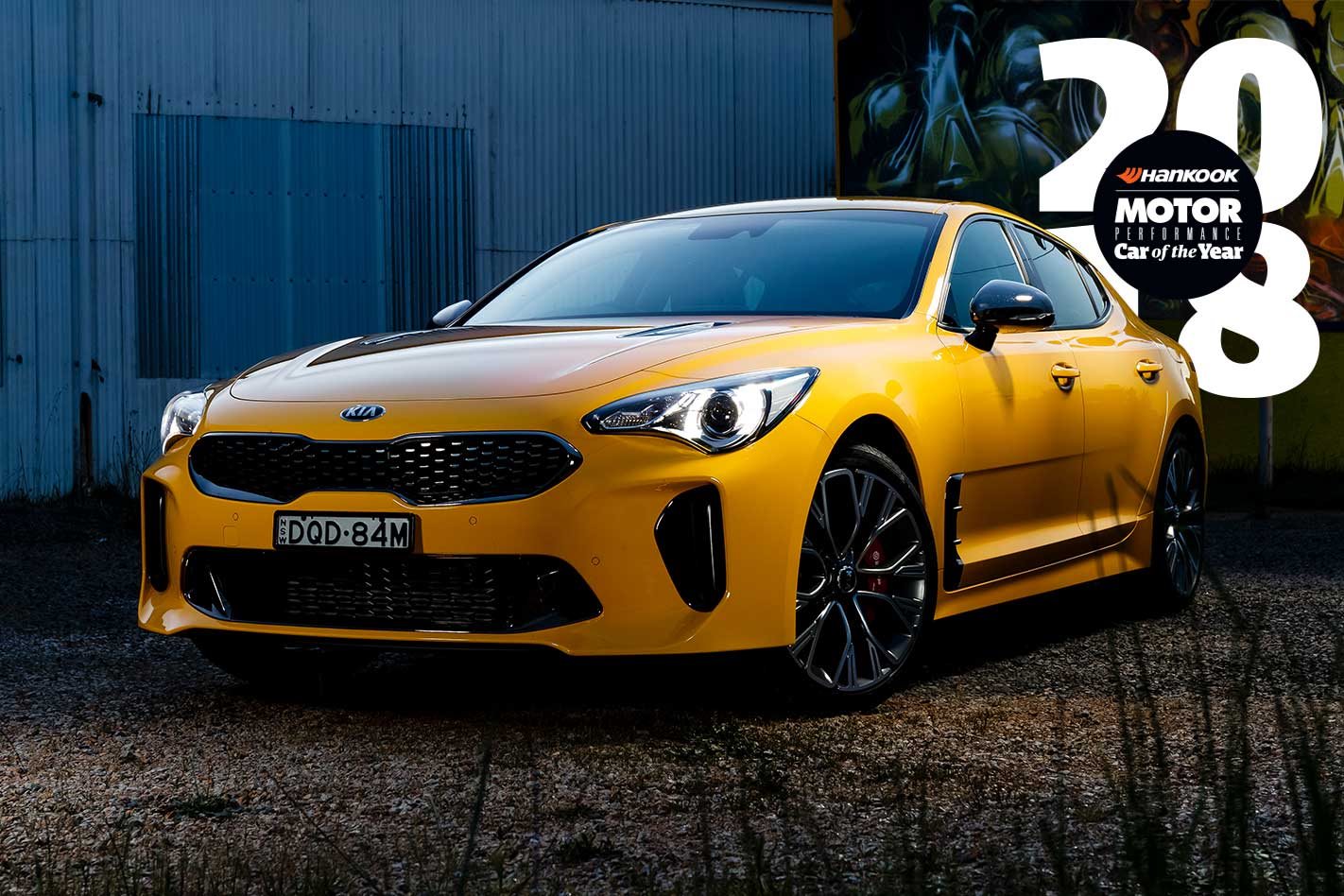 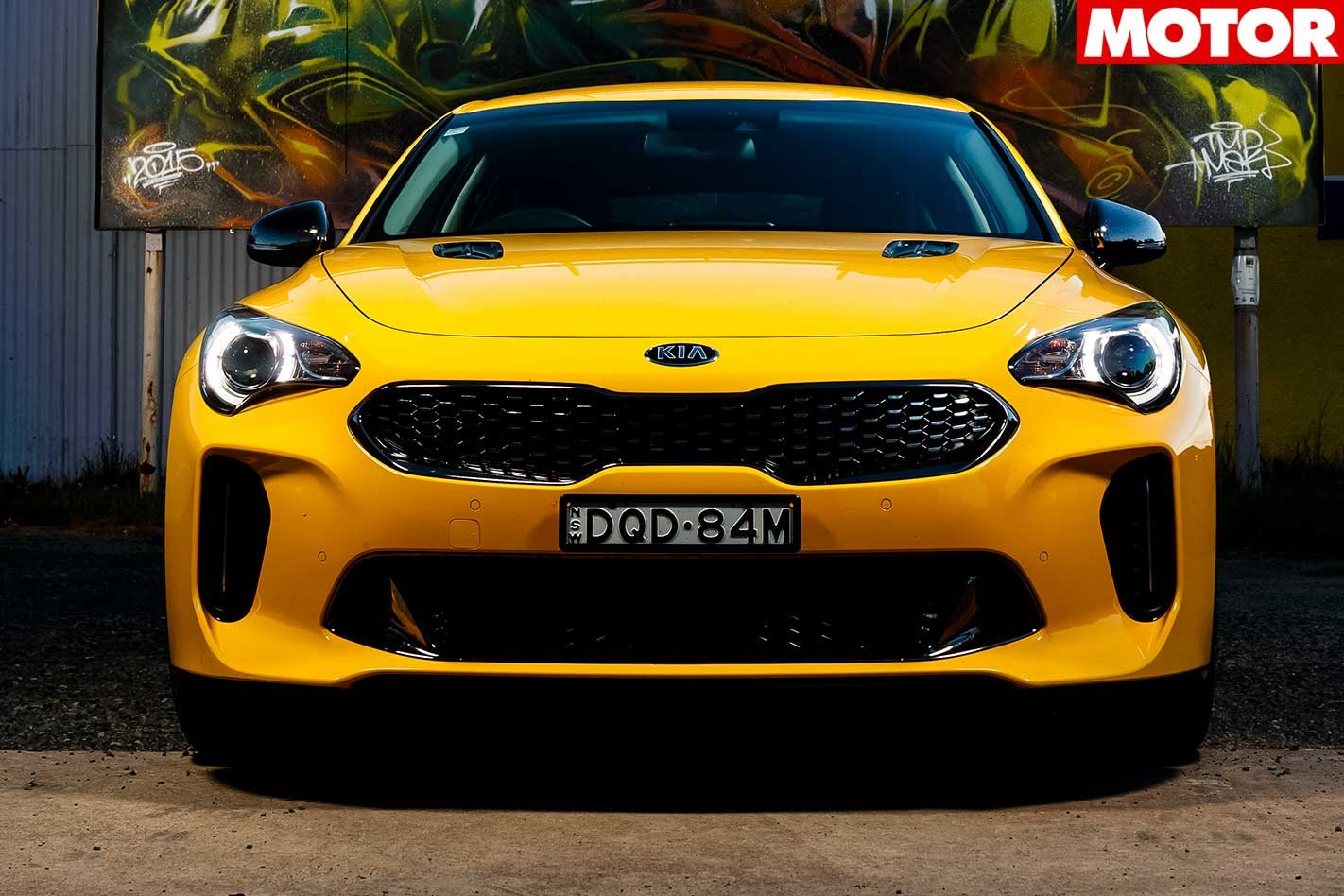 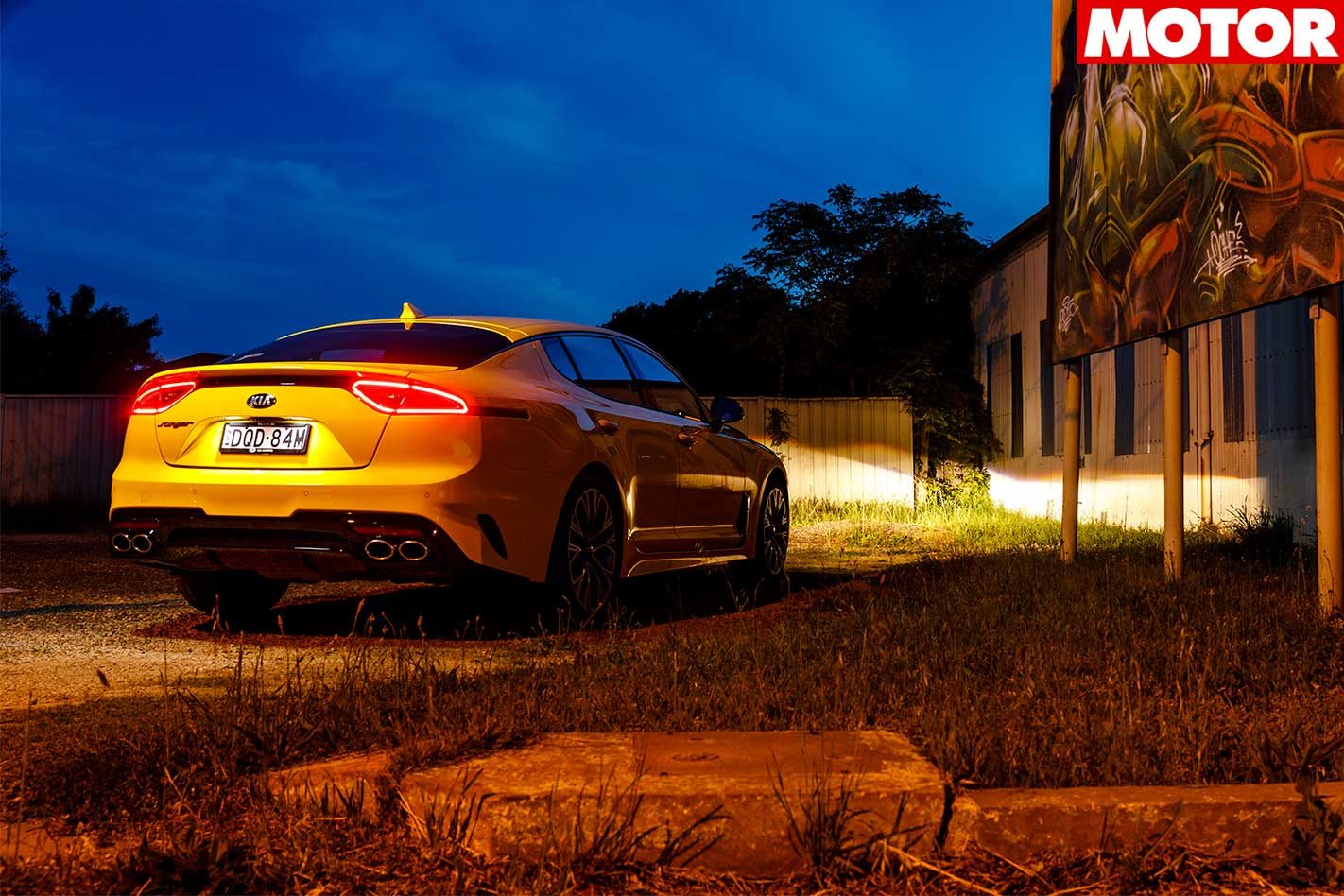 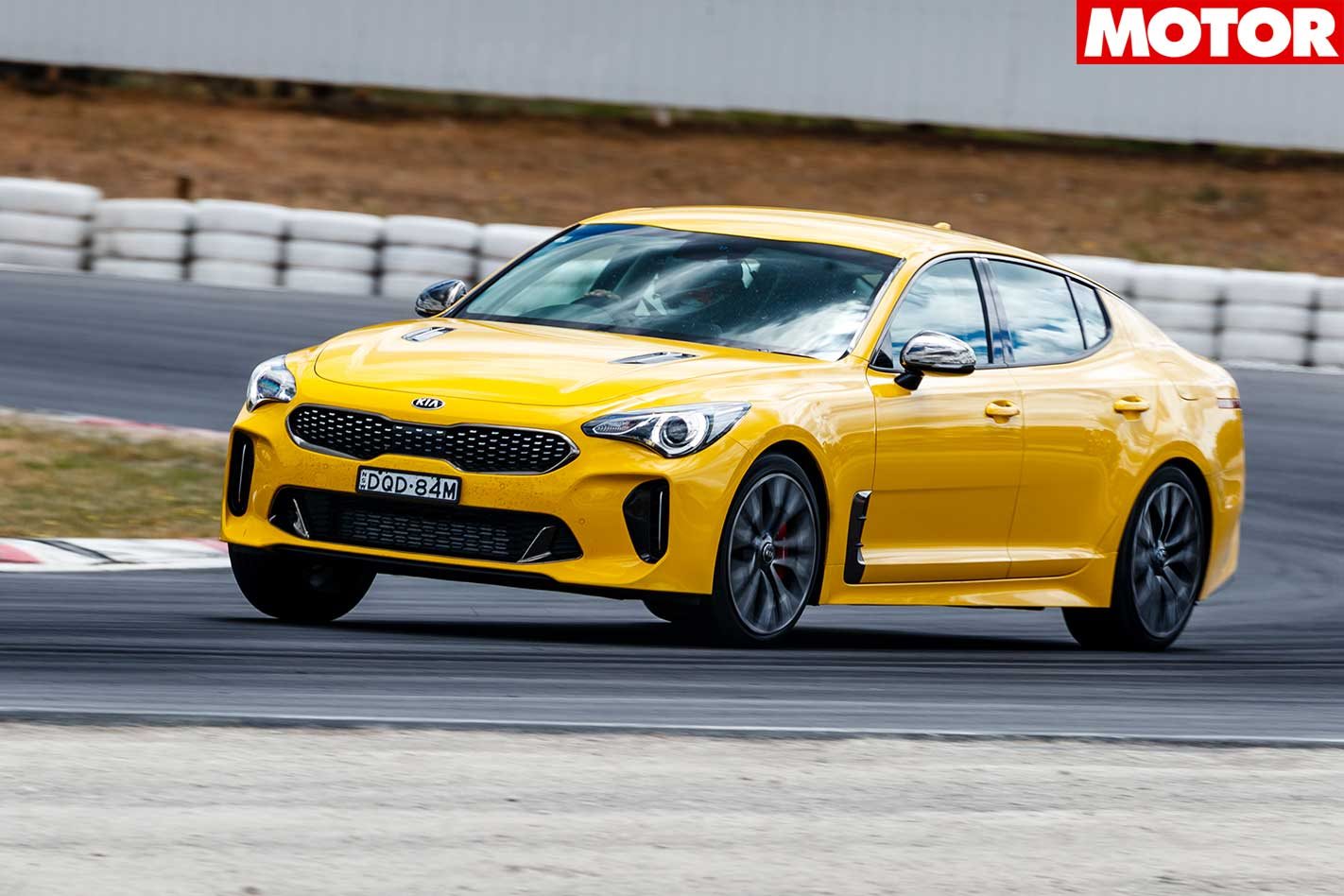 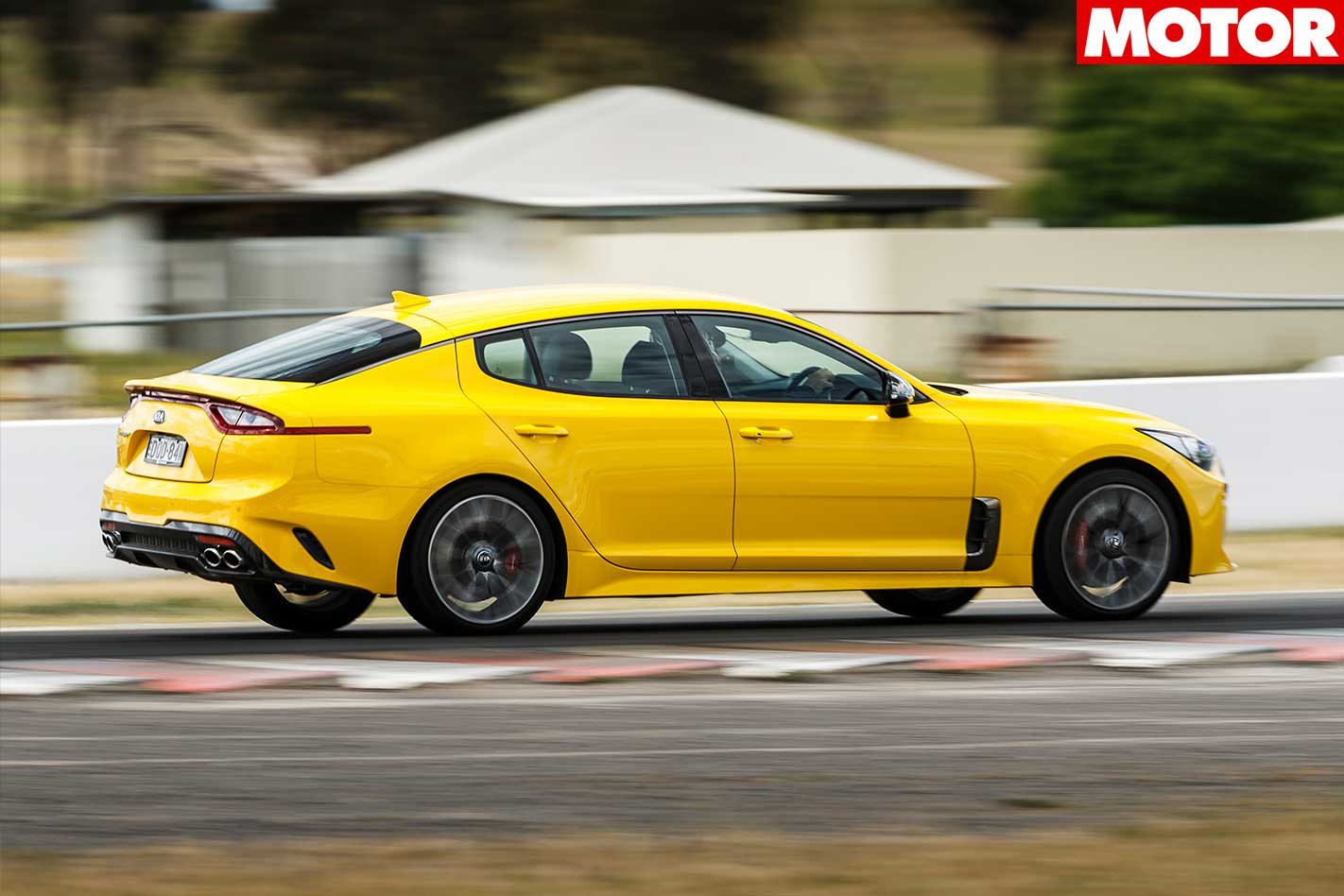 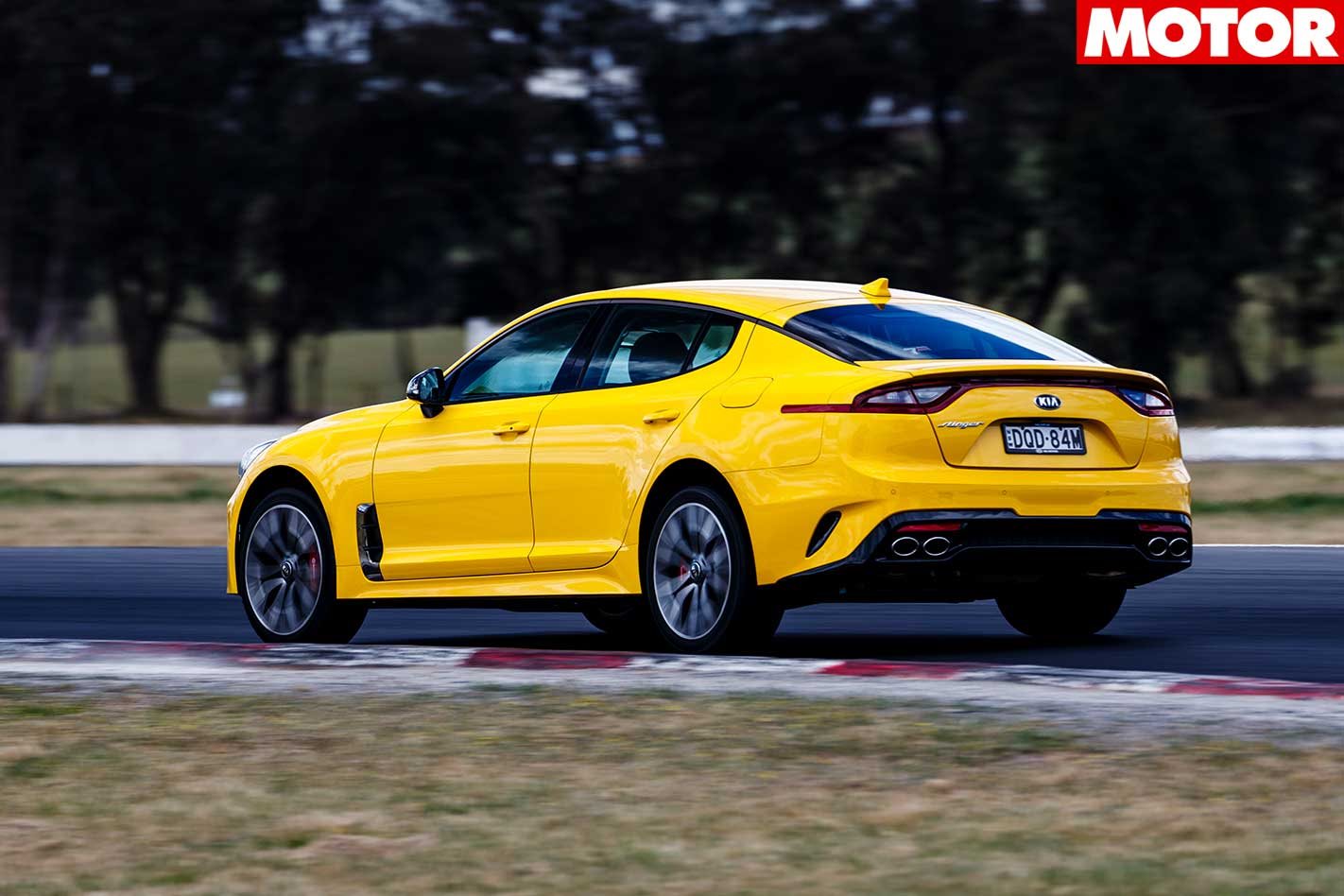 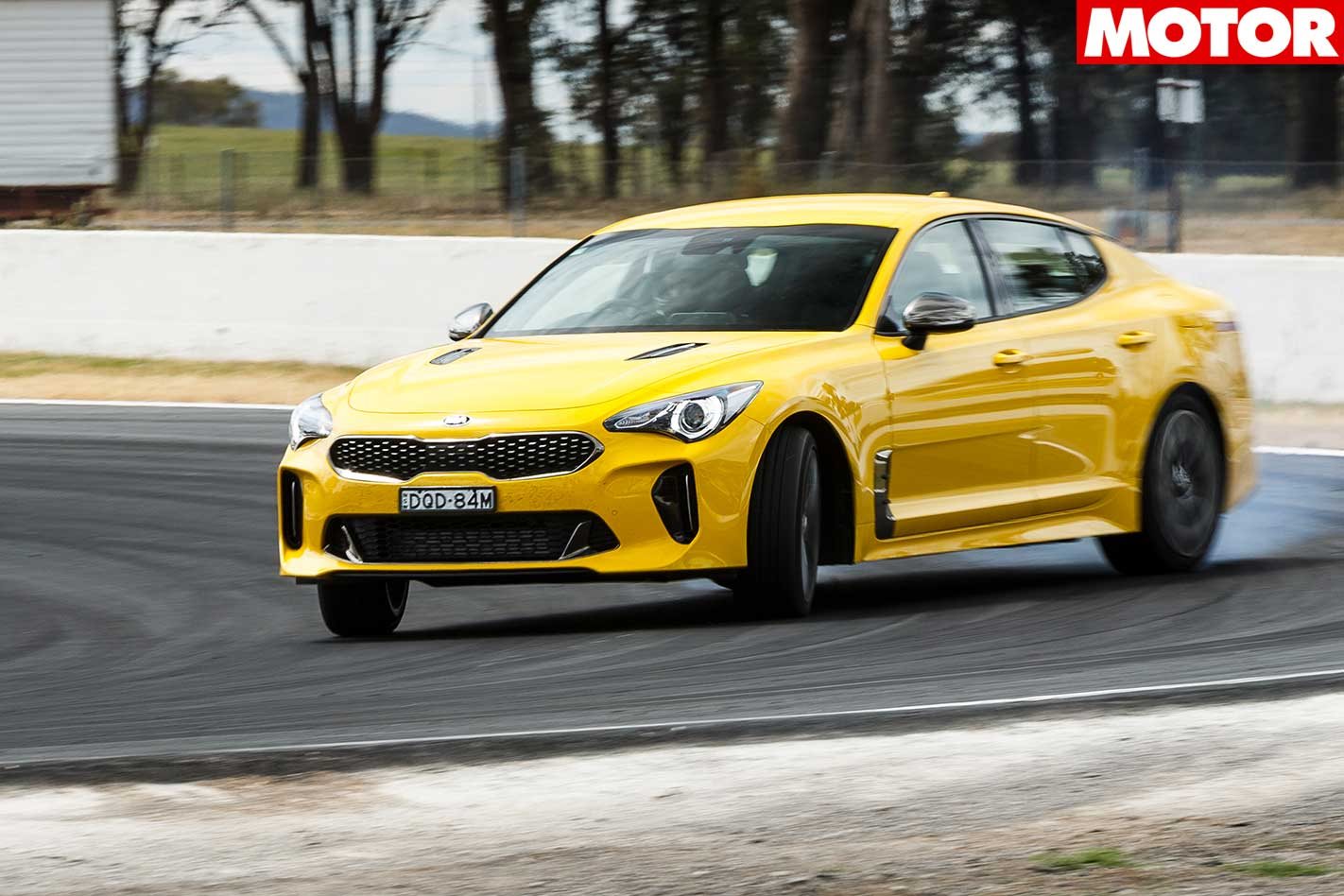 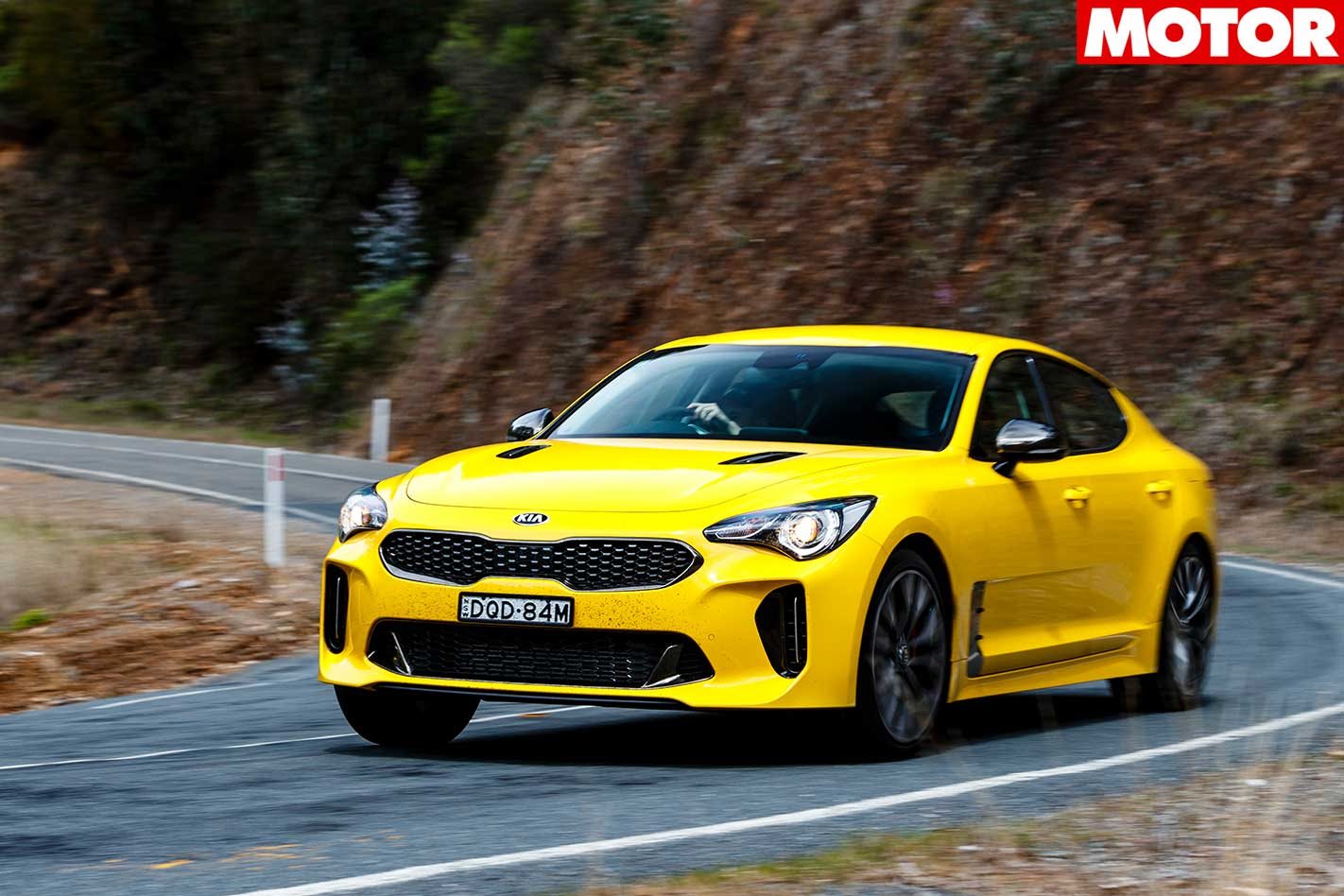 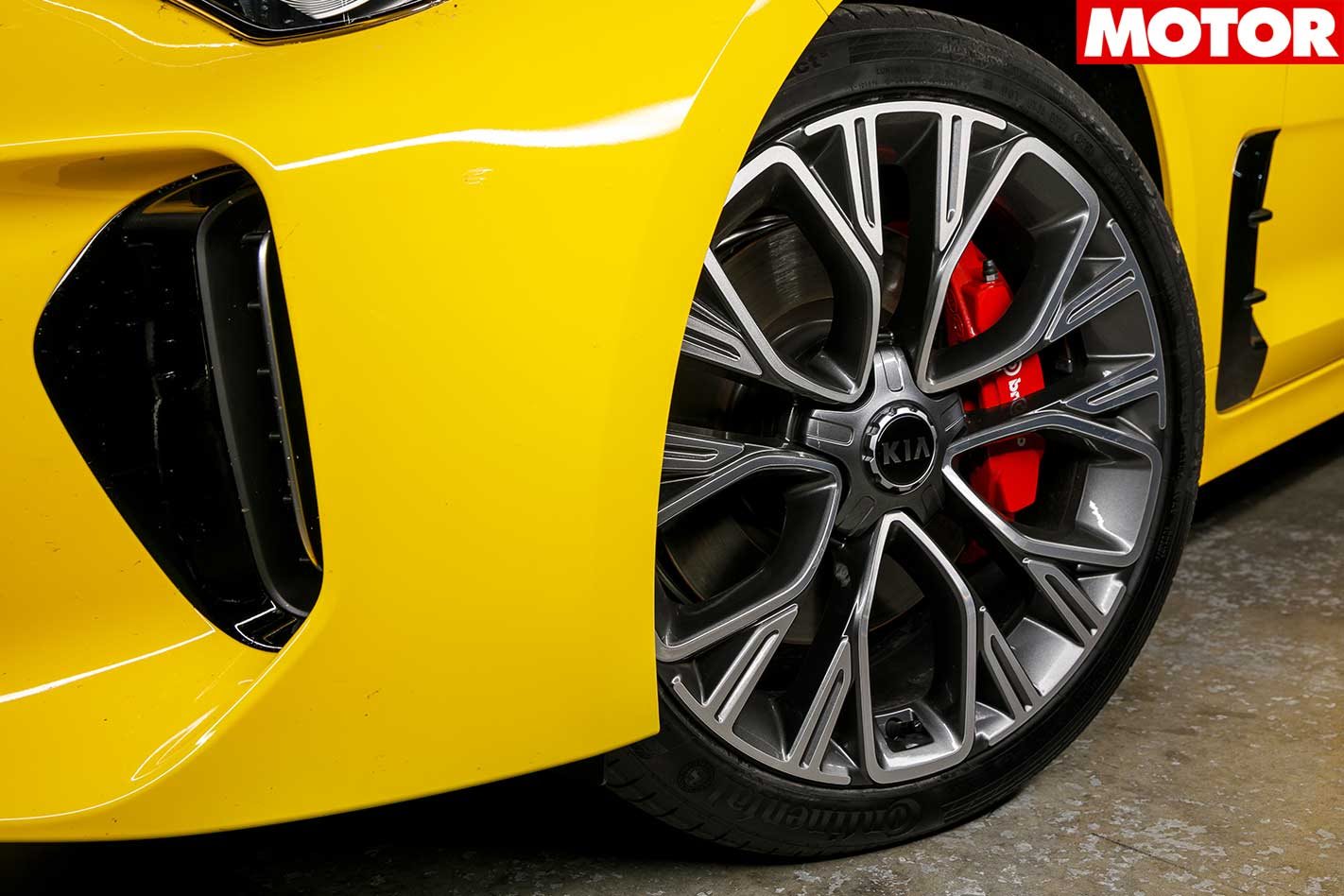 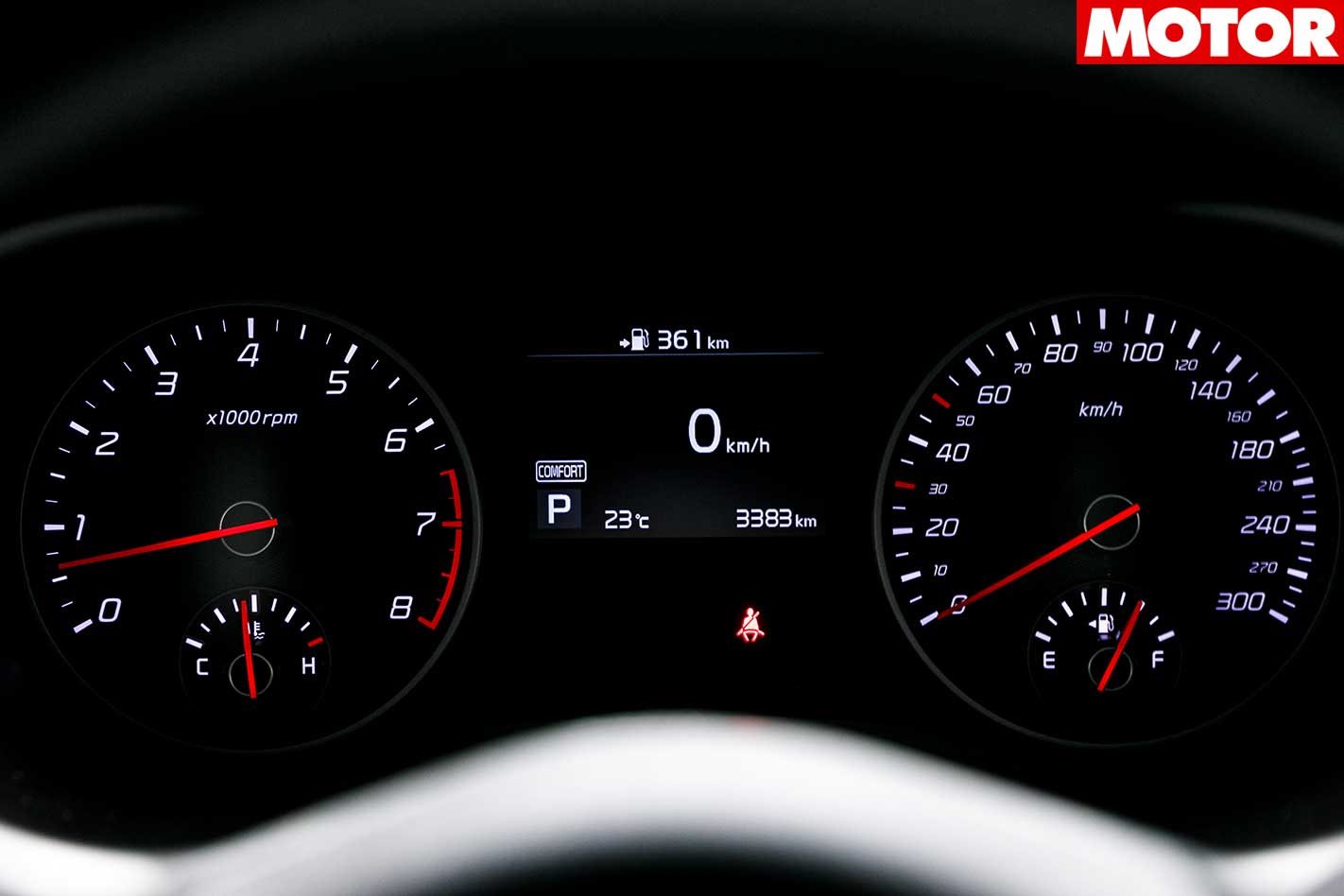 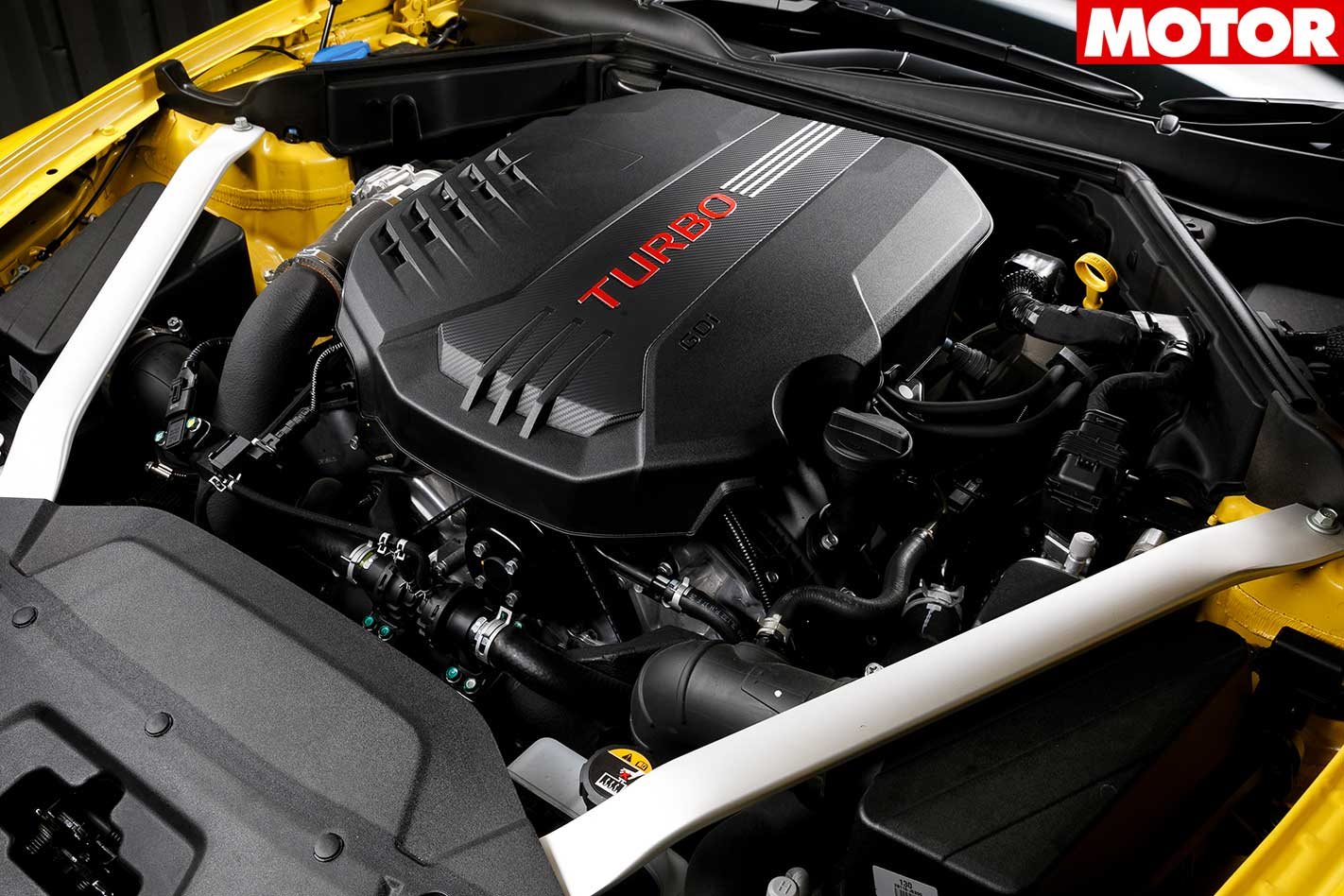 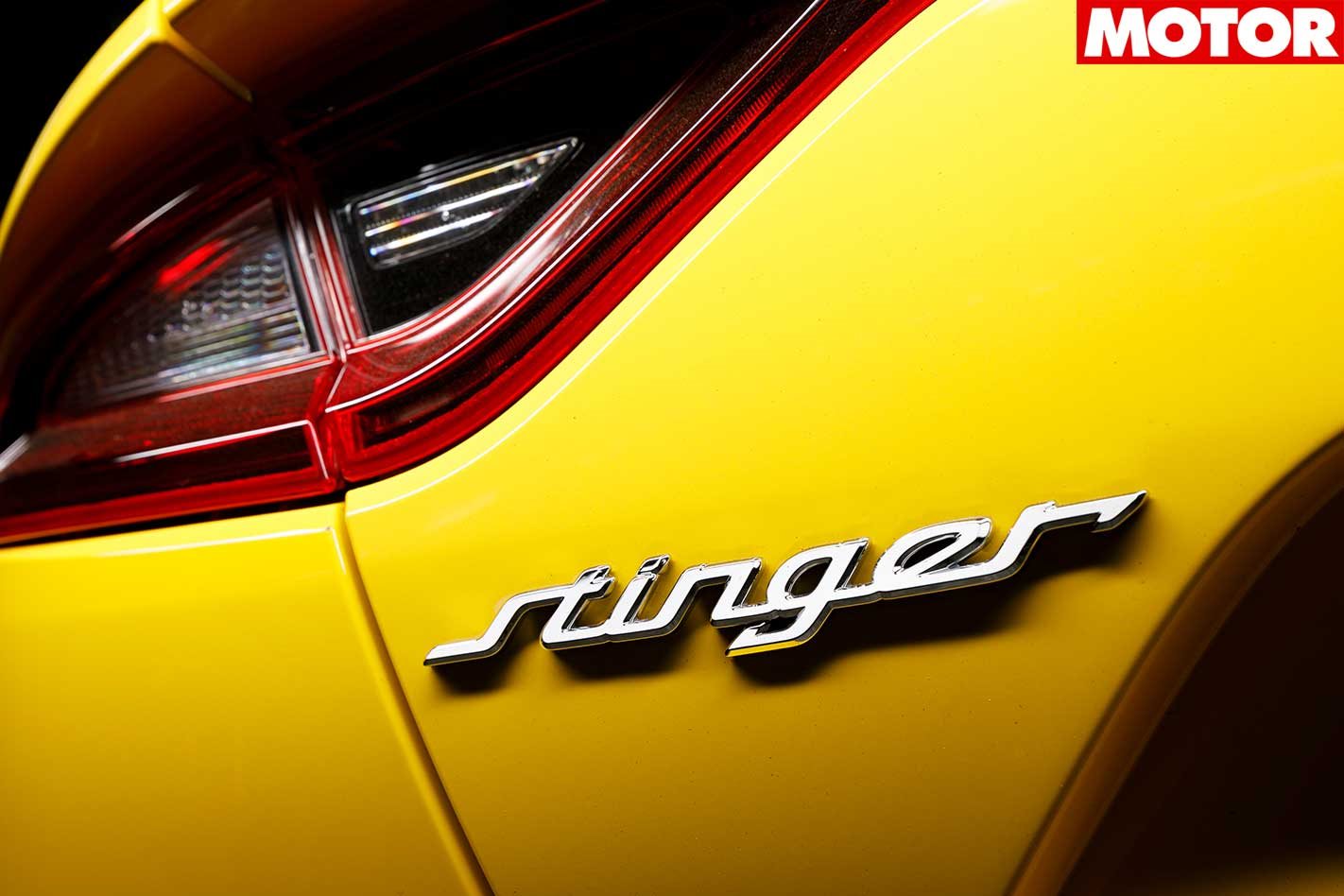