From the get-go, 2015’s Tyre Test was a two-horse race between Continental’s high-performance on-road ‘sport’ model, the ContiSportContact 5P, and the more hard-core, road-and-track hybrid design that is Michelin’s Pilot Sport Cup 2.

The Michelin’s focused, ‘extreme’ track-friendly design demonstrated untouchable dry-running capabilities and it was certainly no slouch in the wet, as its impressive runner-up position in Wet Motorkhana certifies. That the Cup 2 was good, rather than outstanding, in Wet Braking is ultimately what let the French team down. And so very marginally at that. 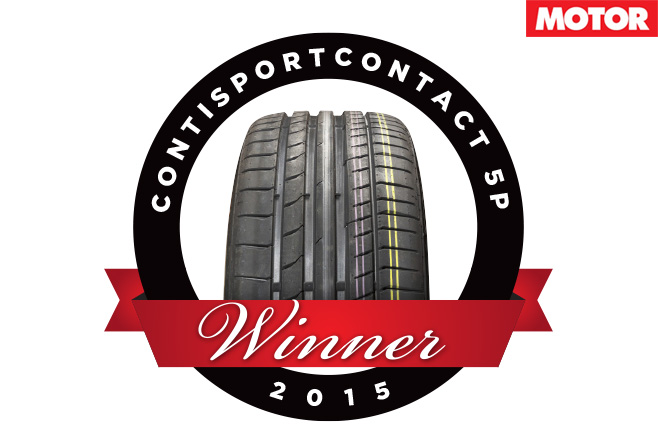 That the ContiSportContact 5P took the win is of little surprise. It absolutely dominated wet running and only the Michelin challenged its all-round abilities in the dry. Put it this way – had the Cup 2 not taken the fight to the Continental, it would’ve been a Conti whitewash.

The highlights of the Continental’s arsenal? According to Luff, it’s the tyre’s ability to produce a surfeit of grip everywhere, shining particularly brightly in the loaded mid-corner stuff in the dry, and it possesses an extraordinary all-round talent in the wet. 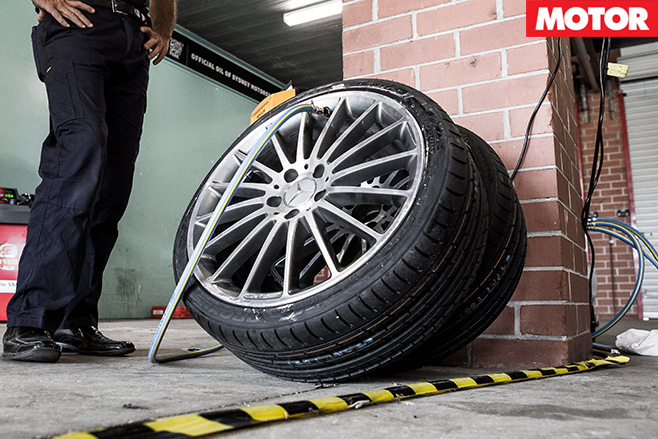 “With the Continental, you get a lot of confidence with just how much grip is available,” he says. “And when you do reach the limits, the breakaway is nice and progressive.”

Nor does it feature an overly soft compound or have a particularly low wear rating either. At 240 UTQG (Uniform Tyre Quality Grade), its treadwear rating was about middle of the field, equal to the Toyo (240) and ‘theoretically’ more durable than the Michelin (180) or Bridgestone (140). 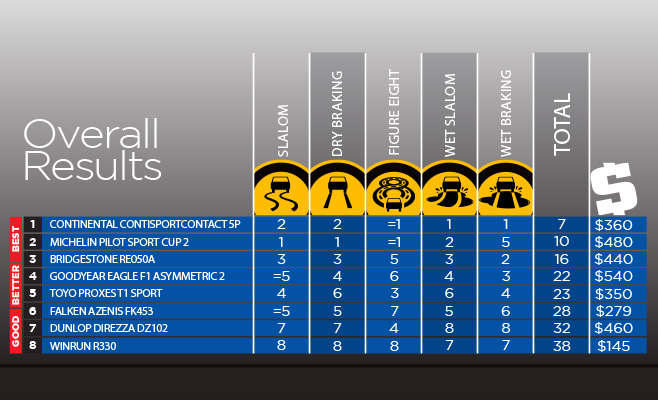 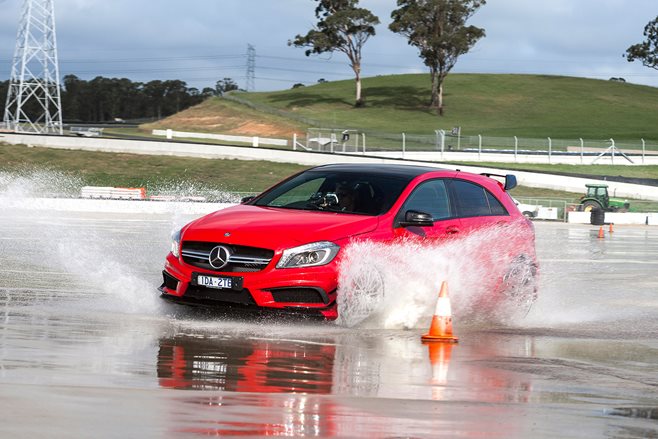 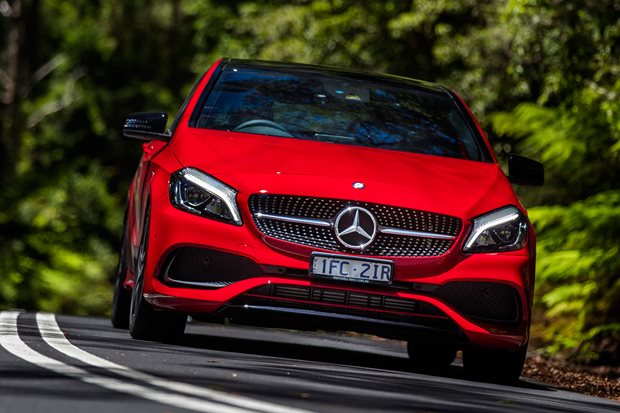 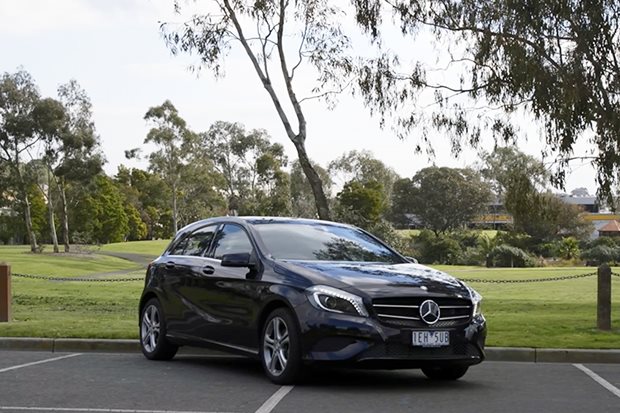 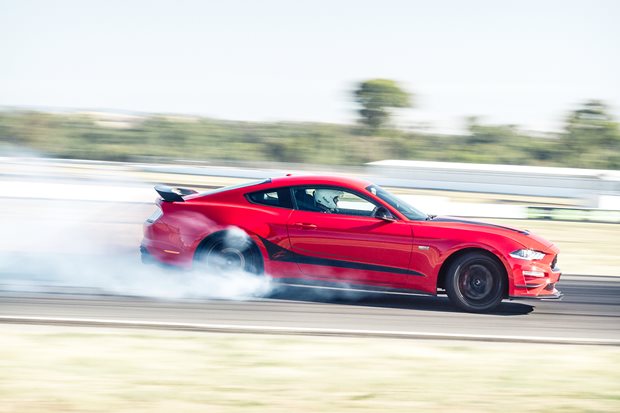