Rapid weaving through the cones sorts the field

Speed freaks may hate chicanes for making racetracks slower. We think, however, they test a less appreciated side of a car’s performance.

The rapid weaving quickly shifts weight from one side to the other, rolling load across a tyre. As a result, a tyre’s lateral grip, feedback, and energy recovery become crucial to slicing a chicane. 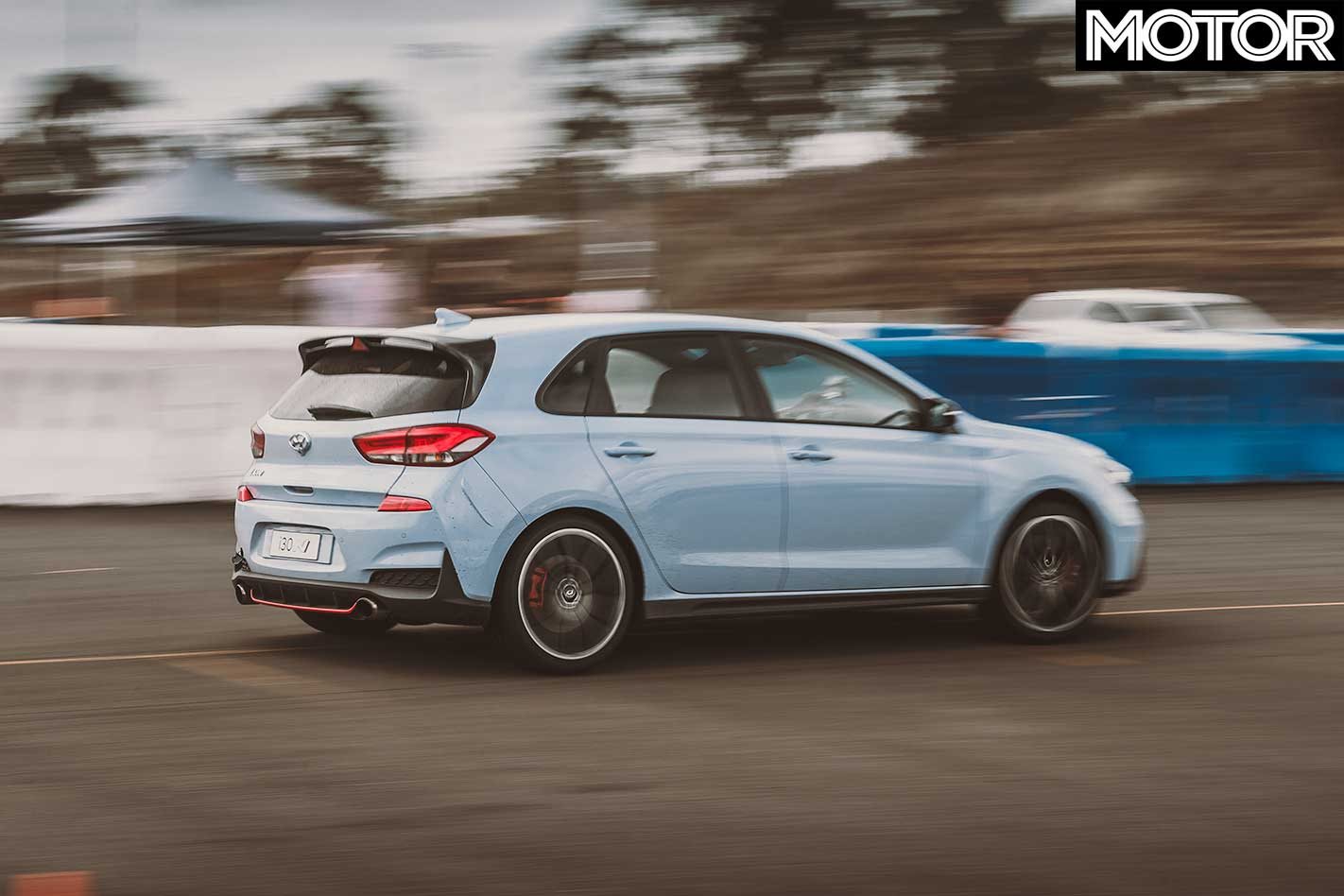 Our slalom is basically a string of them. Except, you don’t have to be a race car driver to appreciate its findings. Anyone who’s taken a bend only to discover another ‘road user’ using more bitumen than they’re allocated will know the importance of tyres that secure your side-step.

At the end of Sydney Dragway and facing a line of cones set apart at equal distances, our test sees Luffy blast through an entry gate at 45km/h. Once through, he is free to do with his right foot as he wishes, and weaves through cones in a left-right-left fashion as quickly as possible. He repeats this five times on each tyre. We fling the best and worst results then average the remaining three.

Plenty of tyres and plenty of deals on WhichTyre.com.au

We also use the slalom to set the day’s testing order; choosing the Dunlop first, then the Continental, the Goodyear, Falken, Laufenn, Nitto, Nexen, HiFly, Pirelli, Kumho, and finally the Achilles tyre. It’s no easy feat. 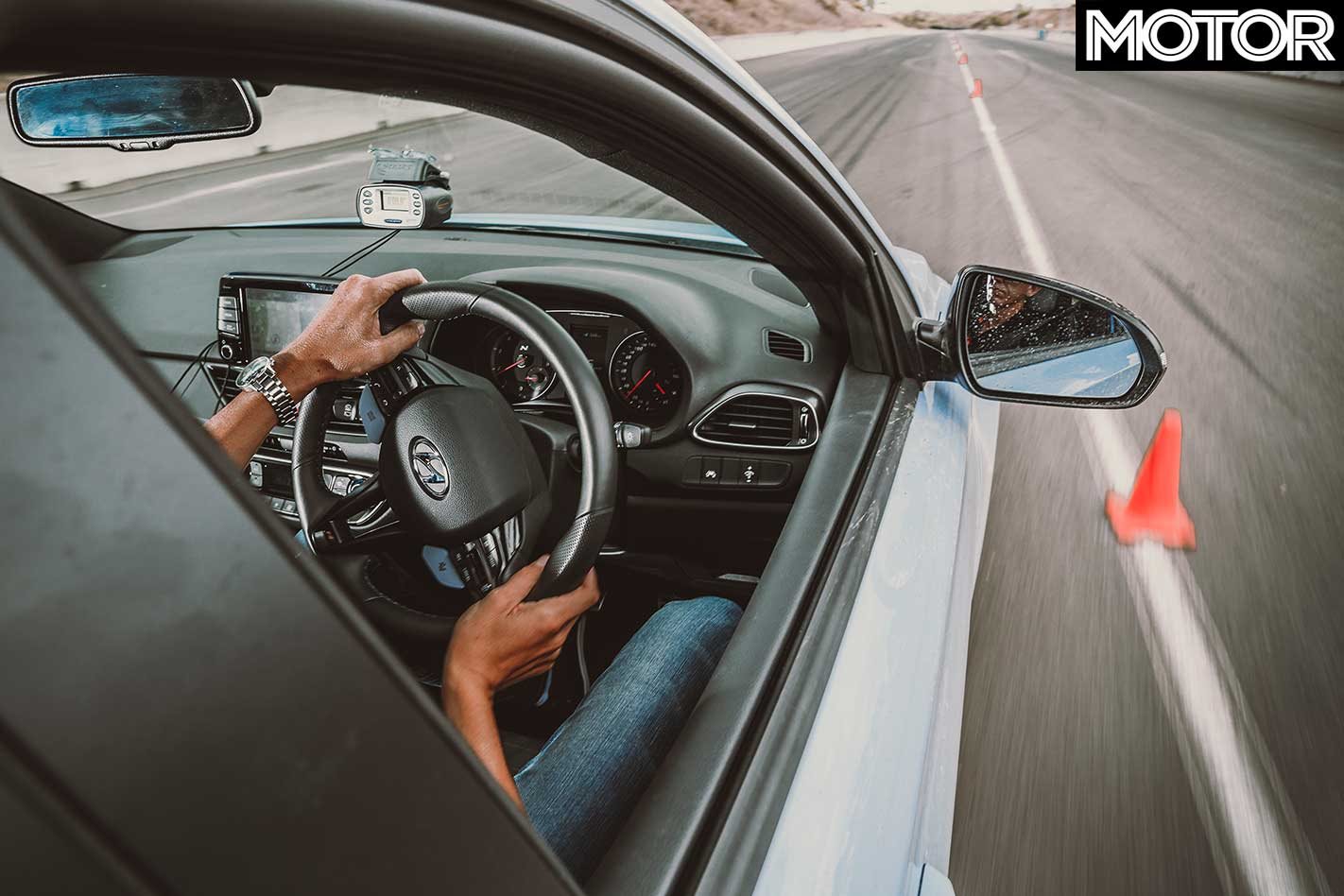 Luffy’s commitment isn’t to be argued with. After a quick scrub-in run, the i30 N’s pipes unleash a set of mighty cracks as he feathers the throttle through the cones. It quickly becomes obvious that the Hyundai snakes the slalom very well on the Dunlop, even though its special ‘MO’ compound is designed for Mercedes-Benz vehicles.

The Continental comes close to matching it, but almost every run afterwards extends the gap behind the Dunlop. Despite that, Luffy finds talent in the pack, singling out the Pirelli P Zero.

“Most importantly from a driver’s perspective,” he says, “it gives good driver feel and feedback.” While that’s to be expected from rubber fitted to the i30 N at the factory, our competitive P Zero uses an ‘R02’ compound designed for Audis. 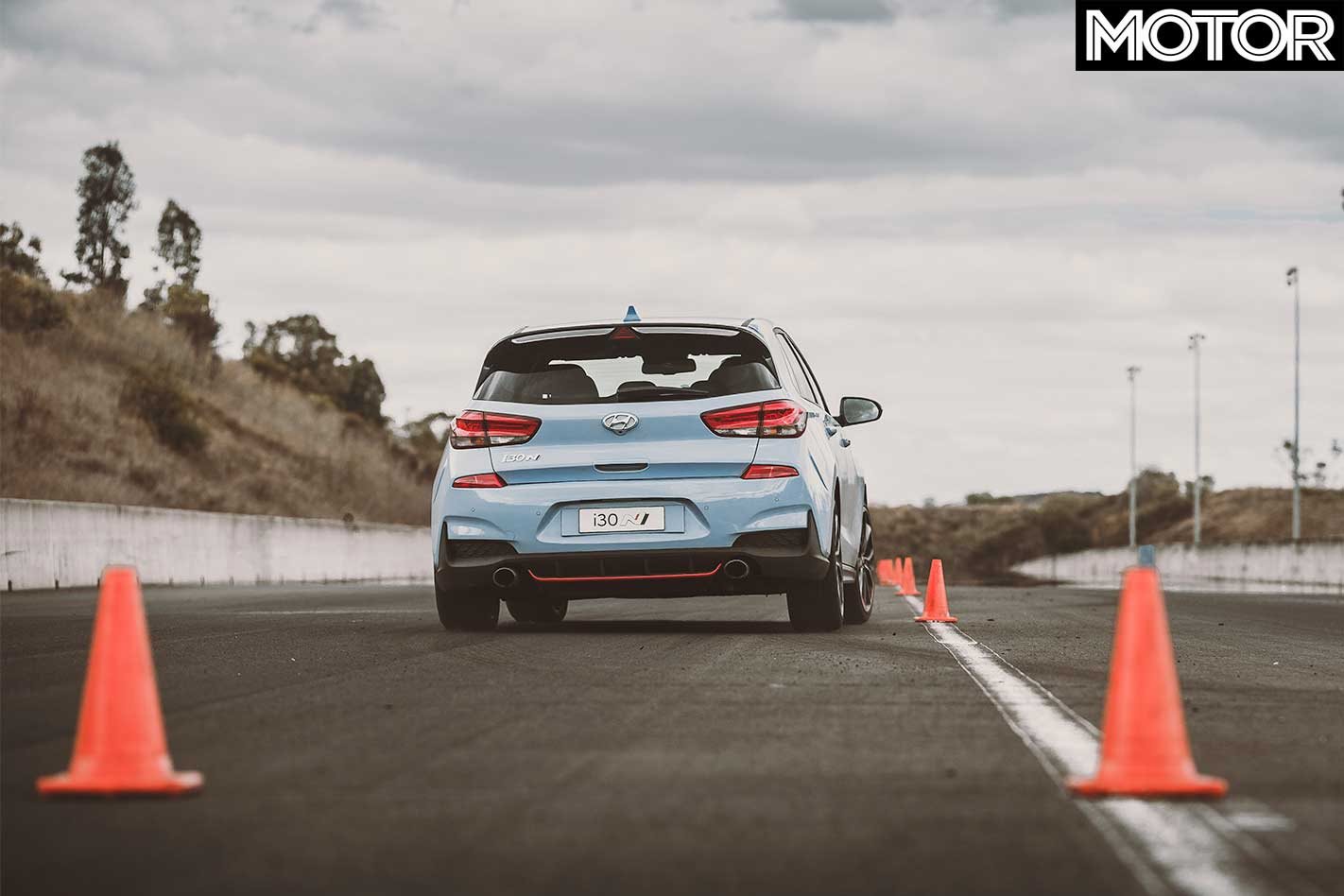 The HiFly lives on the other side of such praise. It makes the i30 N look more tail-happy than a Focus ST and the stopwatch reveals the true cost of their looseness. Because the day’s conditions suited later runs, the HiFly doesn’t get any leg-up from a theoretical advantage either.

Our linear regression’s findings only magnify the HiFly’s and Achilles’ sub-standard speed. It also penalises the Pirelli and Kumho for being the second- and third-last runs. That the Pirelli’s raw time would have put it in the top-three illustrates how the conditions got faster through the day. 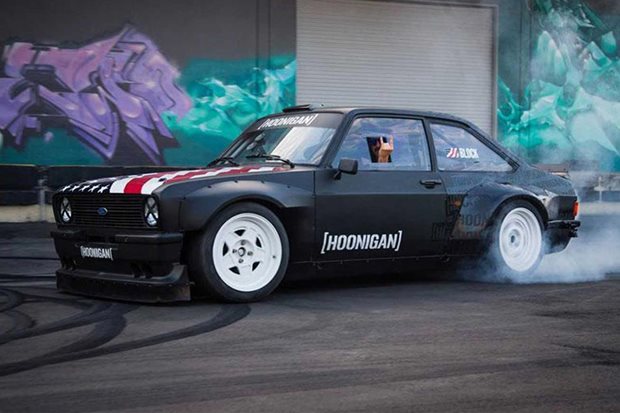 Opinion: Enthusiasts are still being confused with criminals in media

The broad aim of many is to vilify anybody who likes to drive a car, reckons our Morley 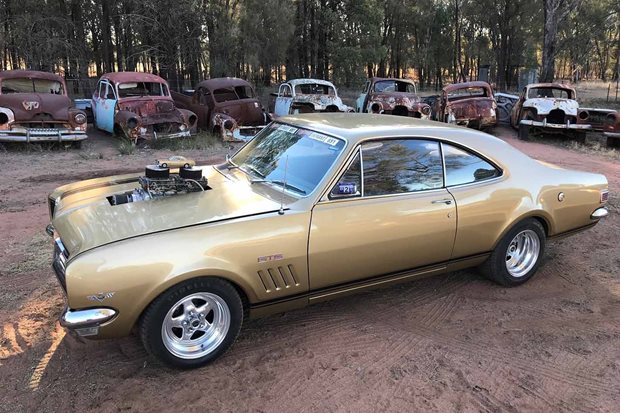 Win a share in $30K with the Repco Real Rides show