12 of the weirdest Formula 1 aero ‘innovations’

Bizarre racecars have turned up on the grid at various times in Formula 1's history. Some have been outlawed, some failed spectacularly, and some of the weirdest aero ideas actually worked

FORMULA 1 car designers live between the lines of the rulebook, stretching their creativity to devise the most competitive racecars possible, regardless of how they may look.

Downright bizarre-looking things have turned up on the grid at various times in the sport’s history. Some have been outlawed before making a race start, some of them sealed their own fate by failing spectacularly, and some of the weirdest aero ideas have actually worked.

With aero remaining a perpetually hot topic in the F1 paddock, Wheels takes a look back at some of the oddballs the sport has spawned over the years. 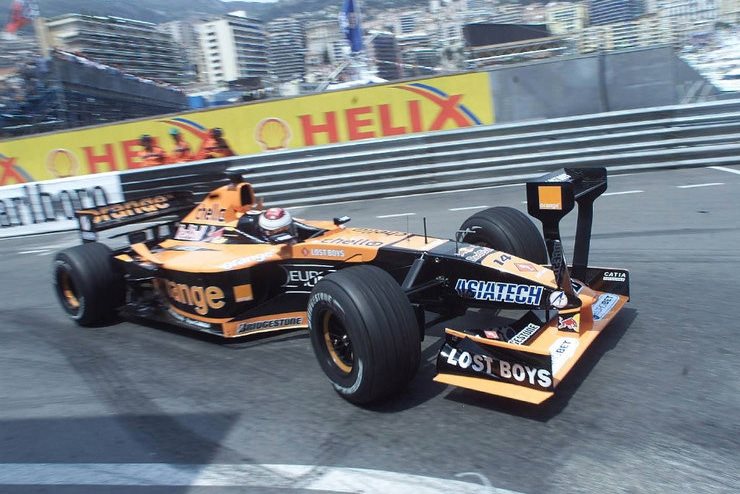 2001 Arrows A22 ‘Top Wing’
Arrows employed this front-end oddity for the Monaco GP in 2001. It was seen on track in practice – driven by Max Verstappen’s old man, Jos – but quickly deemed a vision impairment and outlawed by the FIA. Similar nose cone aero aids turned up in the ‘crazy wing’ era on cars like the 2006 BMW Sauber F1.06 and the 2008 Honda RA108. 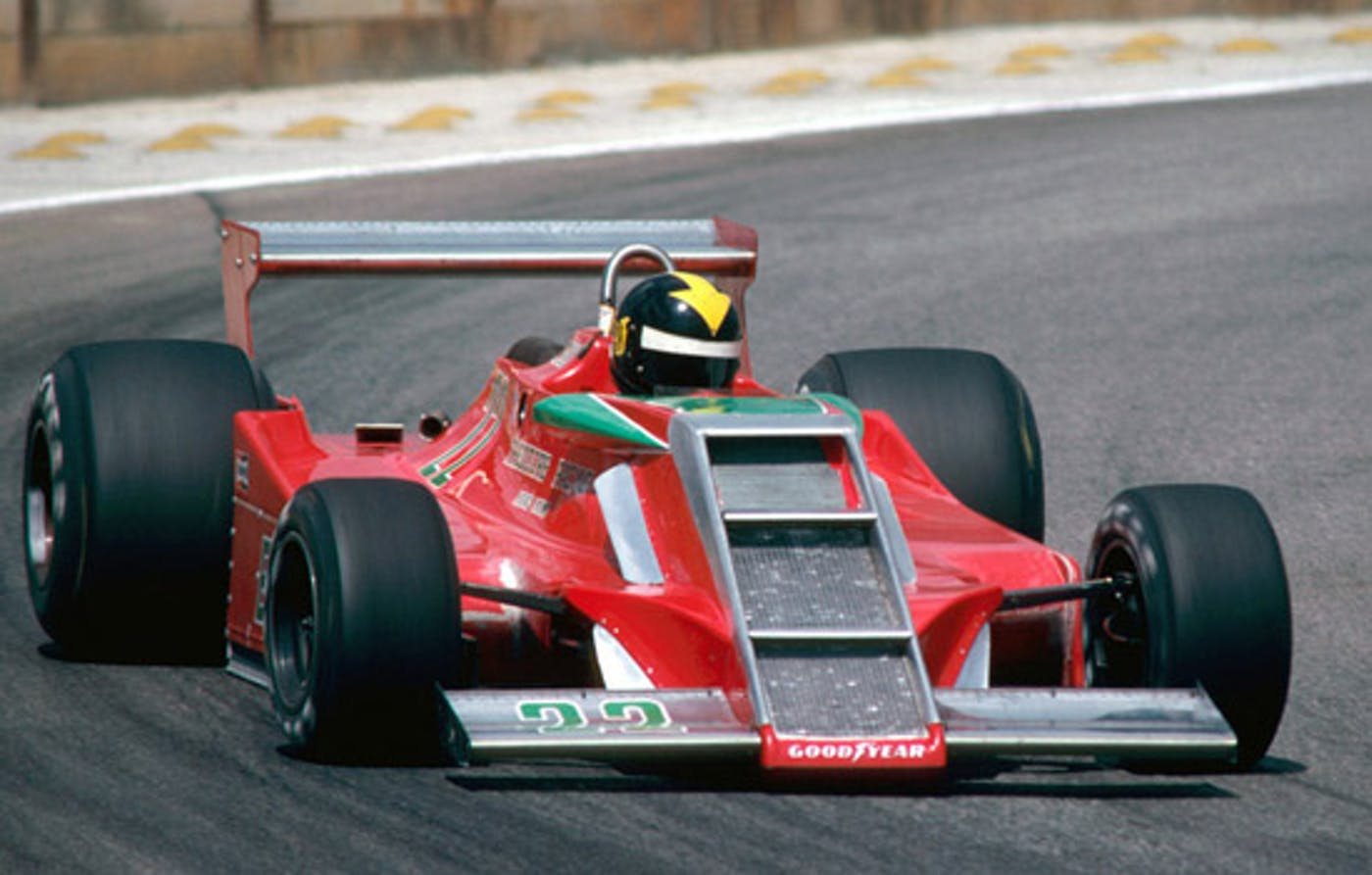 1979 Ensign N179
This three-tiered nose cone design didn’t last a full season. The Ensign N179 had radiators mounted in its stepped front end for enhanced cooling, but it was slow and ran well off the pace. A more conventional front end was adopted part way through '79 and everybody tried to forget about this aberration. 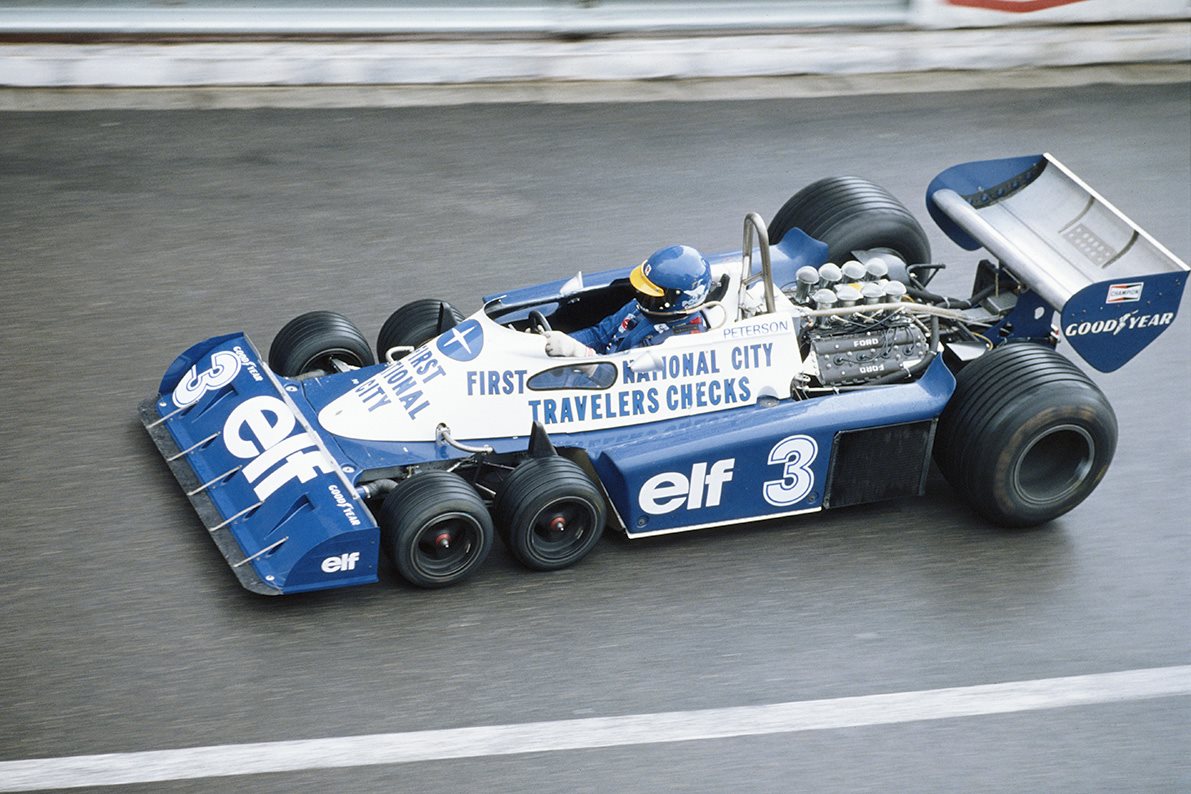 1976 Tyrrell P34 ‘Six Wheeler’
The only six-wheeled F1 car to actually compete also managed to win a race. Tyrrell ran four, small diameter front wheels on the P34 to minimise air disruption and reduce drag, and it worked, though reportedly understeer was a problem. Six-wheeled F1 cars were eventually banned, but not until much later. Ferrari had a go at the idea with the 1977 Ferrari 312T6, which ran four tyres on a single rear axle but it was too wide and unreliable and never raced. March (2-4-0) and Williams (FW07D and FW08B) both tested six-wheelers with four wheels on two driven rear axles, though they also never competed. 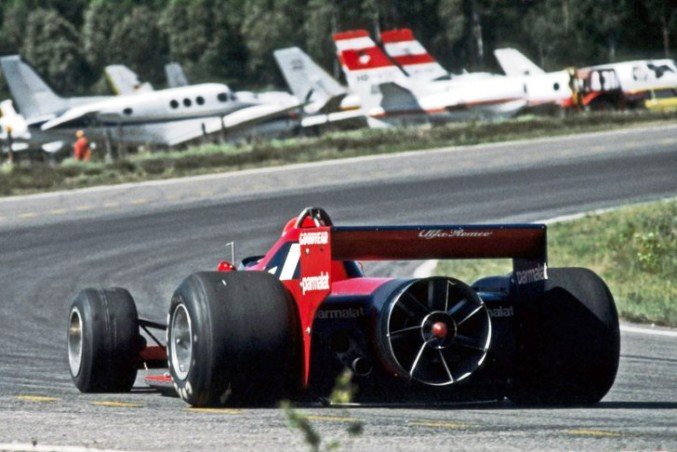 1978 Brabham BT46 ‘Fan Car’
At the 1978 Swedish GP, Brabham stunned pretty much everybody with this revolutionary contraption. In essence, a huge turbine at the back sucked the car onto the road and allowed it to carry enormous speed through the bends.

The saviours of Formula 1

Niki Lauda drove it to an easy victory; however the BT46 would never race again in this trim after the sport’s governing body pressured Brabham into withdrawing it due to the dangers of such high cornering speeds. 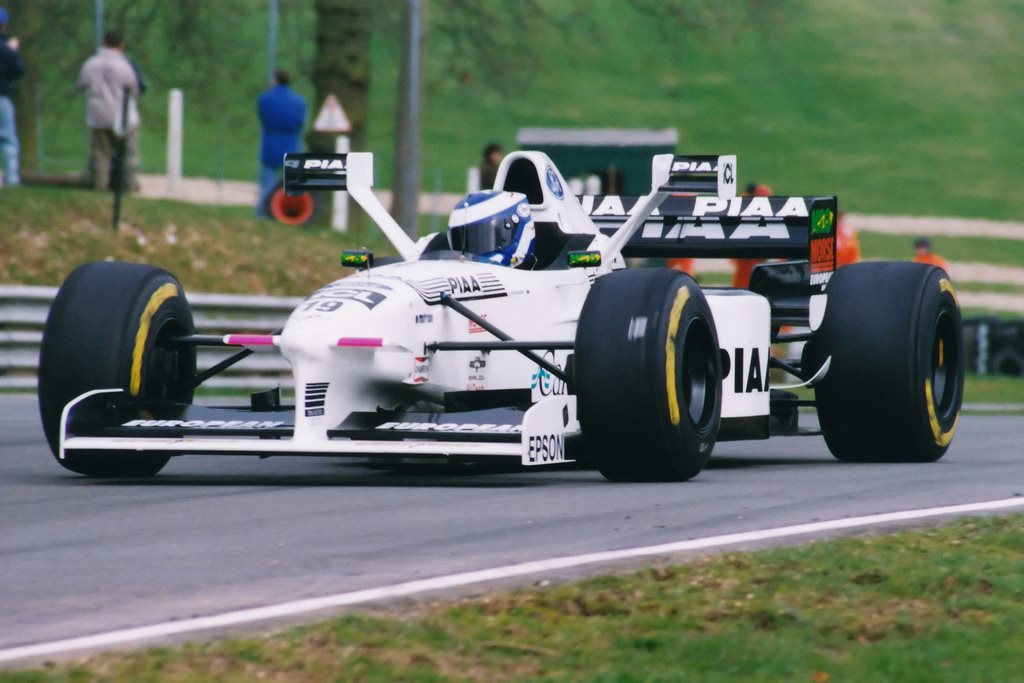 1997 Tyrrell Ford 025 ‘X-Wing’
Tyrrell makes a second appearance on our list, long after its ill-fated six-wheeler. 1997 was a rough year for the team as it languished at the bottom of the grid, though not without its share of the spotlight. Notable designer Harvey Postlethwaite penned these novel sidepod aero aids, as well as the single blade nose cone, and the car became known as the X-Wing for obvious reasons. 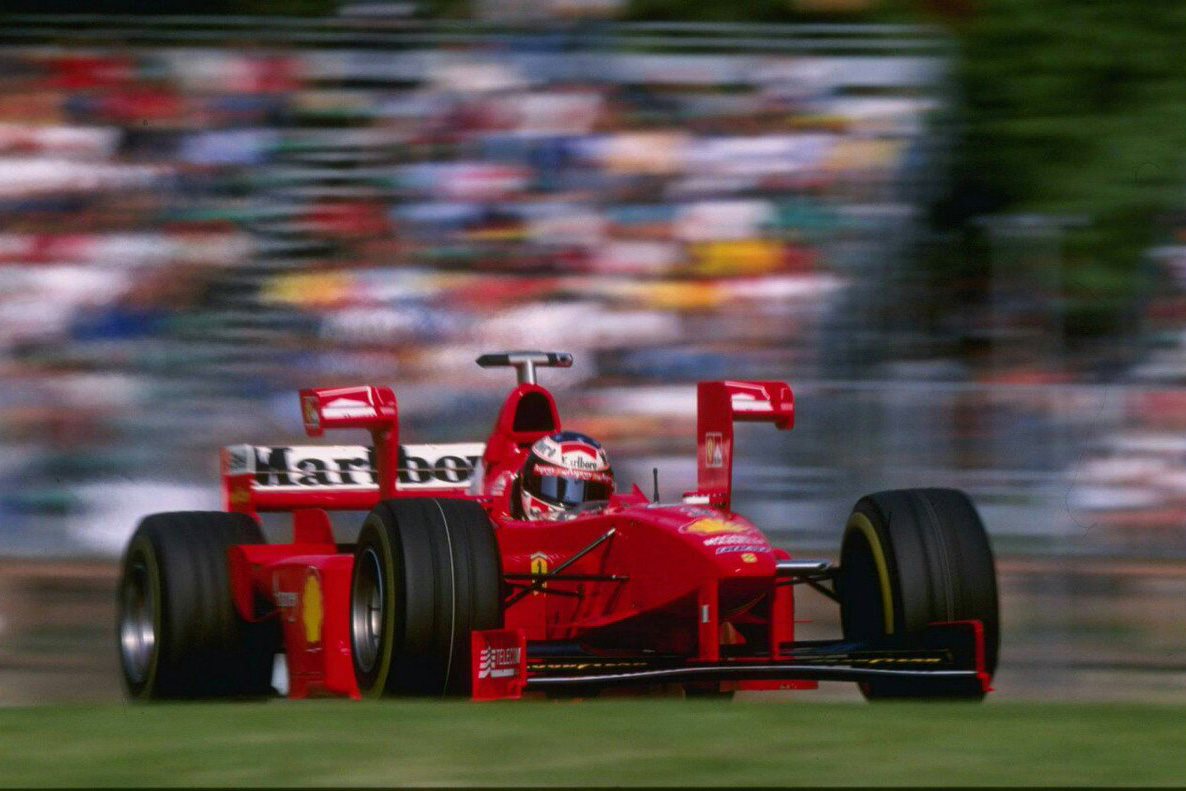 1998 Ferrari F300 ‘Tower Wings’
Nobody thought too much of Tyrrell’s invention during the ’97 season, but a rule change for ’98 saw several other teams introduce similar setups. Ferrari, Jordan, Sauber and Prost all ran some variation of the ‘Tower Wings’ idea in the first half of the season until the FIA brought out its axe and banned them on safety grounds. 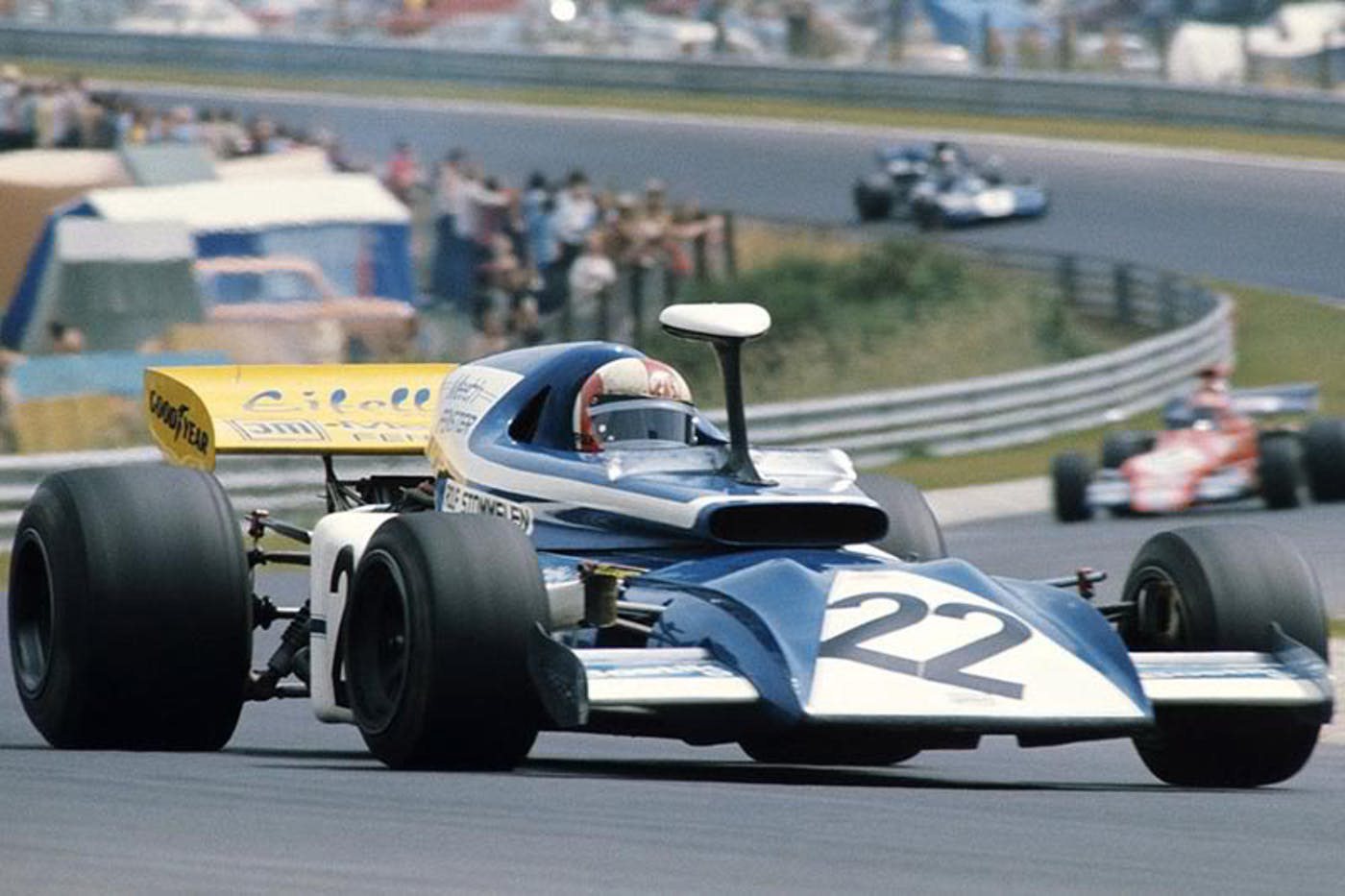 1972 Eifelland Type 21 ‘Periscope’
New to F1 in ‘72, Eifelland raced the Type 21 with a mirror in front of the driver that was also designed to reduce drag. The team never found competitive pace and disappeared from the grid before the end of the season, but a similar concept appeared on the Jordan EJ11 in practice at Monaco in 2001 before it was banned as a safety hazard. 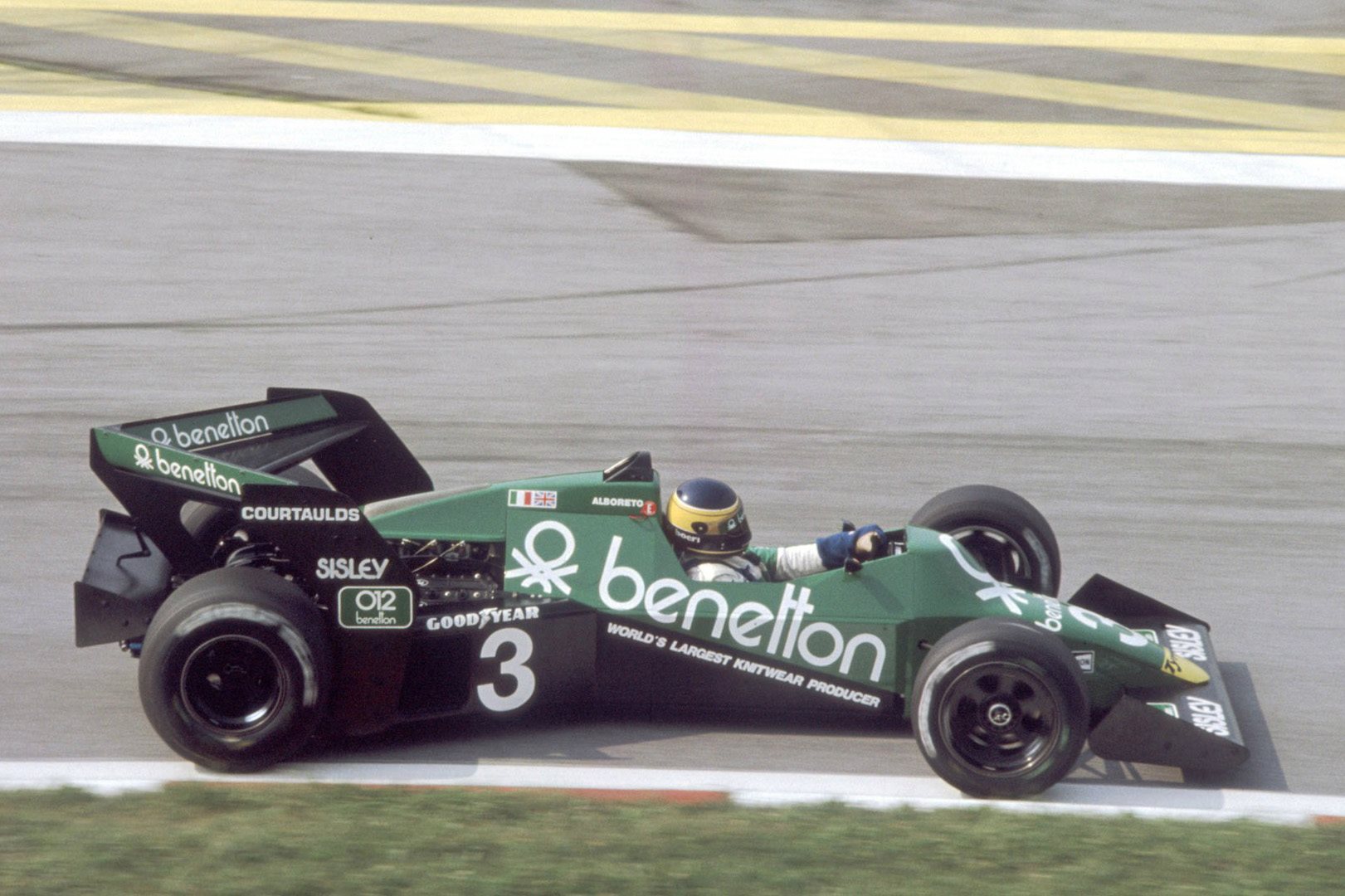 1983 Benetton Tyrrell 012 ‘Boomerang Wing’
Tyrrell appears for a third time, cementing it's position as an experimental favourite in our books.

This triangular wing design made a brief appearance before the team realised it had no tangible benefits over conventional rectangular wings and the design was ditched. 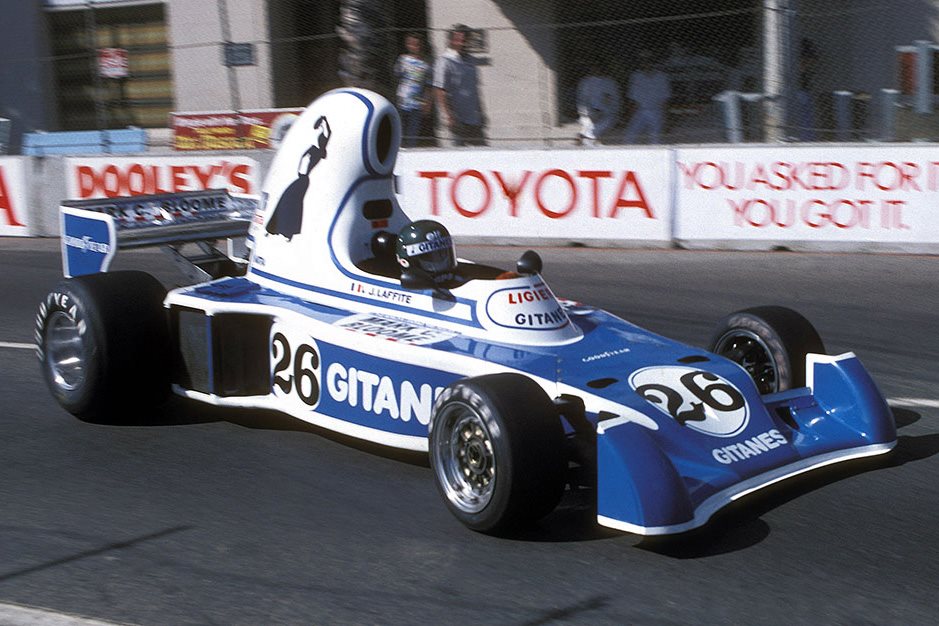 1976 Ligier JS5 ‘Teapot’
F1 has seen some big airboxes in its time, but none as out of kilter with the rest of the car as that of the Ligier JS5. This wacky design appeared in Ligier’s first year of F1 and only lasted half a season before a rule change would limit the height of cars and force Ligier and other teams back to their drawing boards. 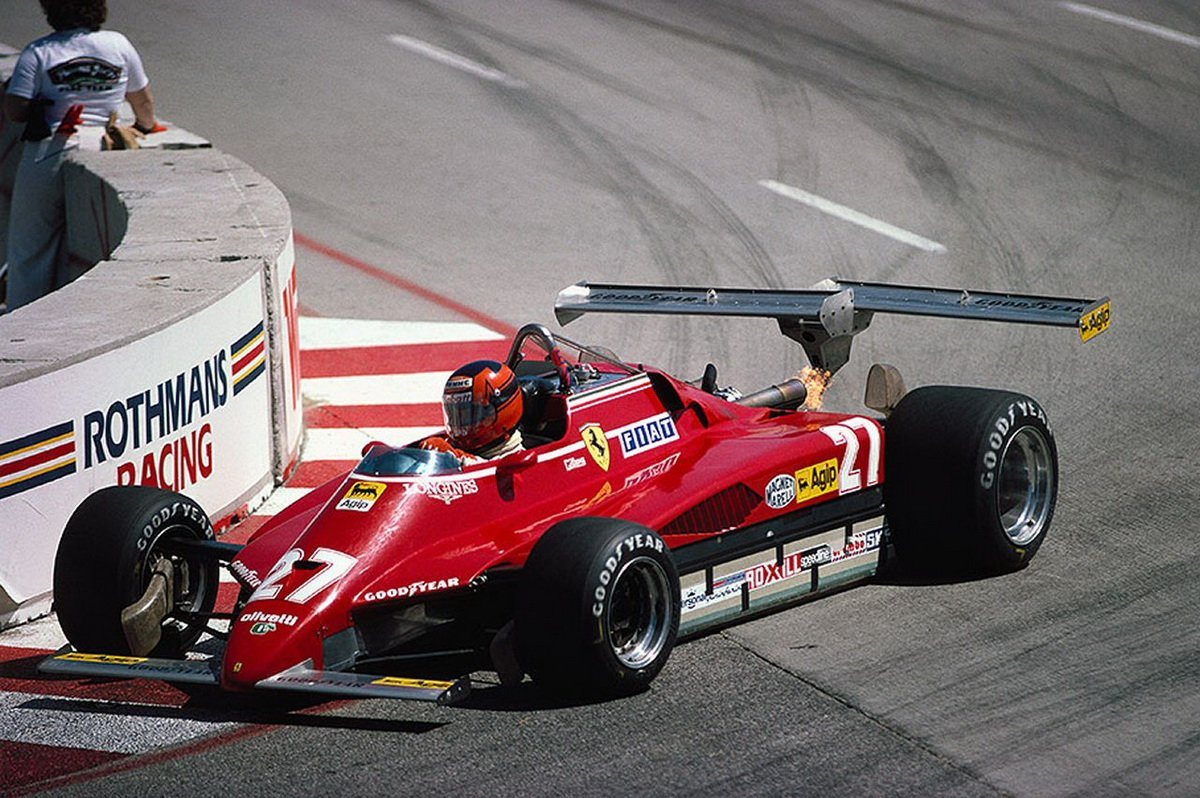 1982 Ferrari 162C2
At the US Grand Prix in 1982, Ferrari deviously exploited a regulation loophole. The rules at the time stated a maximum rear wing width, but did not specify how many rear wings a car could have. Gilles Villeneuve raced the Ferrari 162C6 as-seen and finished third, but multiple teams launched a protest after the race and the car was disqualified. 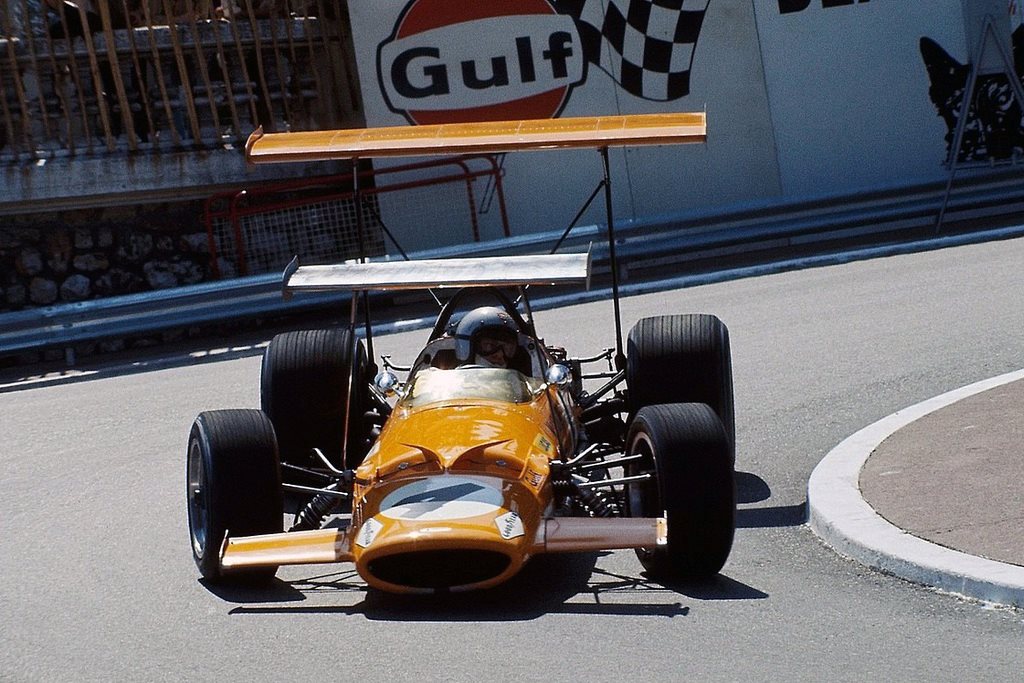 1970 McLaren M7C “Double Wing”
The M7C came about at a time of extreme aero experimentation in Formula 1. The front wing was mounted directly to the suspension and did have a positive impact on aerodynamics, though structurally it was questionable.

What does Daniel Ricciardo know about F1?

Other teams copied it with similar setups of their own for circuits demanding high downforce, until the FIA banned them due to their weakness and safety risk. 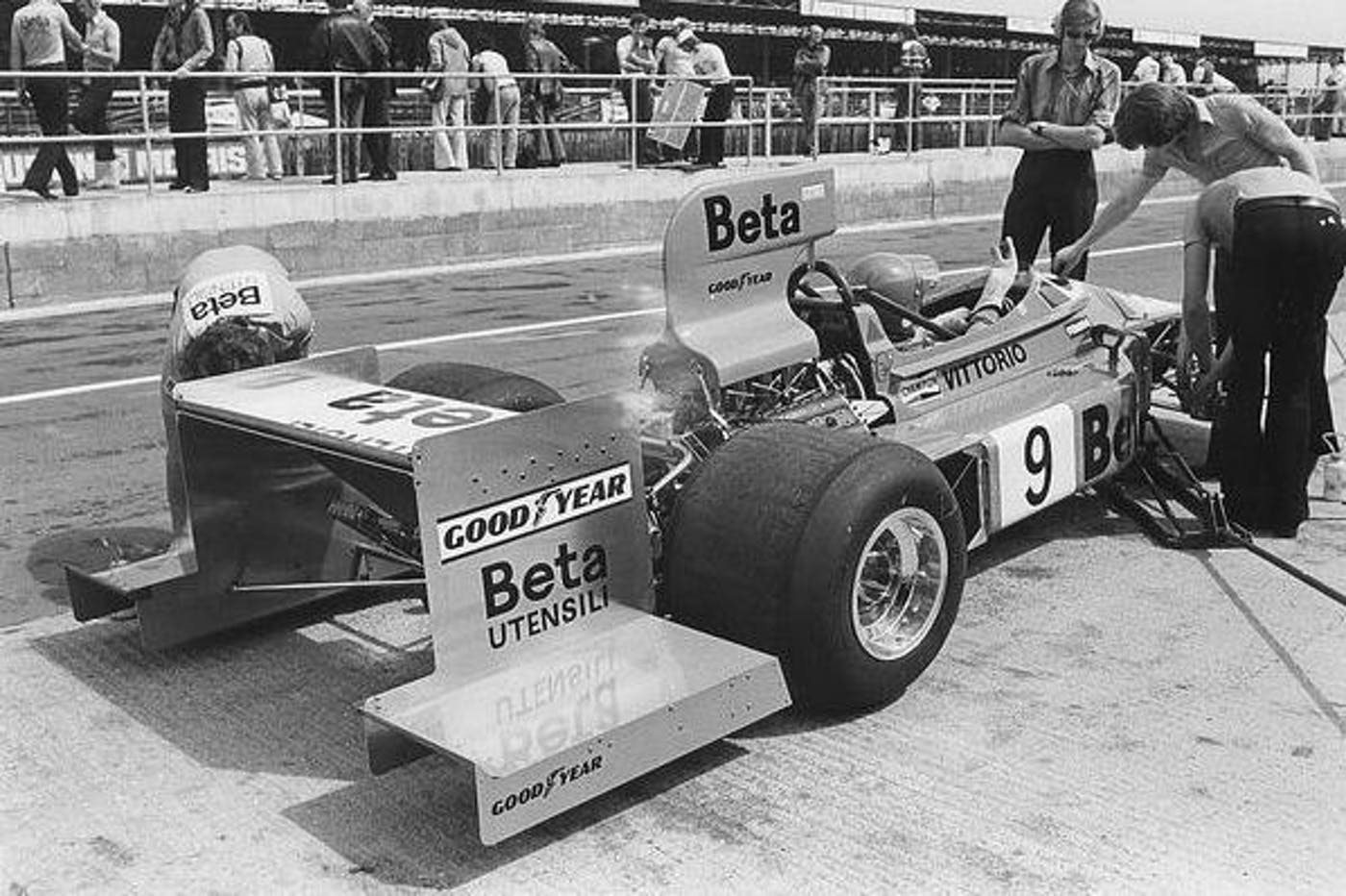 1975 March 751 “Skirting Boards”
Some have listed the March 751 among the ugliest F1 cars of all time, and that was before the team flirted with the idea of this suspended diffuser-style rear wing. The car actually won the curtailed ‘75 Austrian GP that finished in miserable weather after just 29 laps out of 54.

Nicola Materazzi also had a long career before and after Ferrari, taking him from Lancia to Bugatti. At age 80, he remains as passionate and outspoken as ever