No, this is not the Renault 5 Turbo. Those two letters ‘GT’ are what make this version of the R5 a far more down-to-earth suspect than the ludicrous mid-engine monster.

Since this is a history lesson, we thought it best to delve into a model that’s more regularly overlooked, despite being the reason Renault has such a good grasp on fast front-drivers today.

If we want to find the king of the hill for R5 GTs, we look to the Renault 5 GT Turbo Raider, the ultimate version of the four-pot hot hatch. It boasted a formidable 89kW thanks to its 1.4-litre four-banger, which had a Garrett T2 helping it along rather effectively. But that power was only formidable thanks to the R5 GT’s lack of something else – weight. While the likes of Volkswagen were building Mk2 GTIs weighing in at over one tonne, Renault was managing to keep the R5 GT Turbo to a featherweight 830kg in Raider form. This allowed Renault to claim a 0-100km/h sprint of just eight seconds, though most sources will lop half a second off that, with some even claiming it’ll do it in 7.1 seconds from the factory.

However, hot hatches aren’t meant to just slay straight lines, and the R5 GT Turbo could conquer corners thanks to a trick suspension setup.

It was designed just for the GT, and included four transverse torsion bars at the rear. The suspension – and by extension, handling – was praised in its day by motoring publications in the UK. 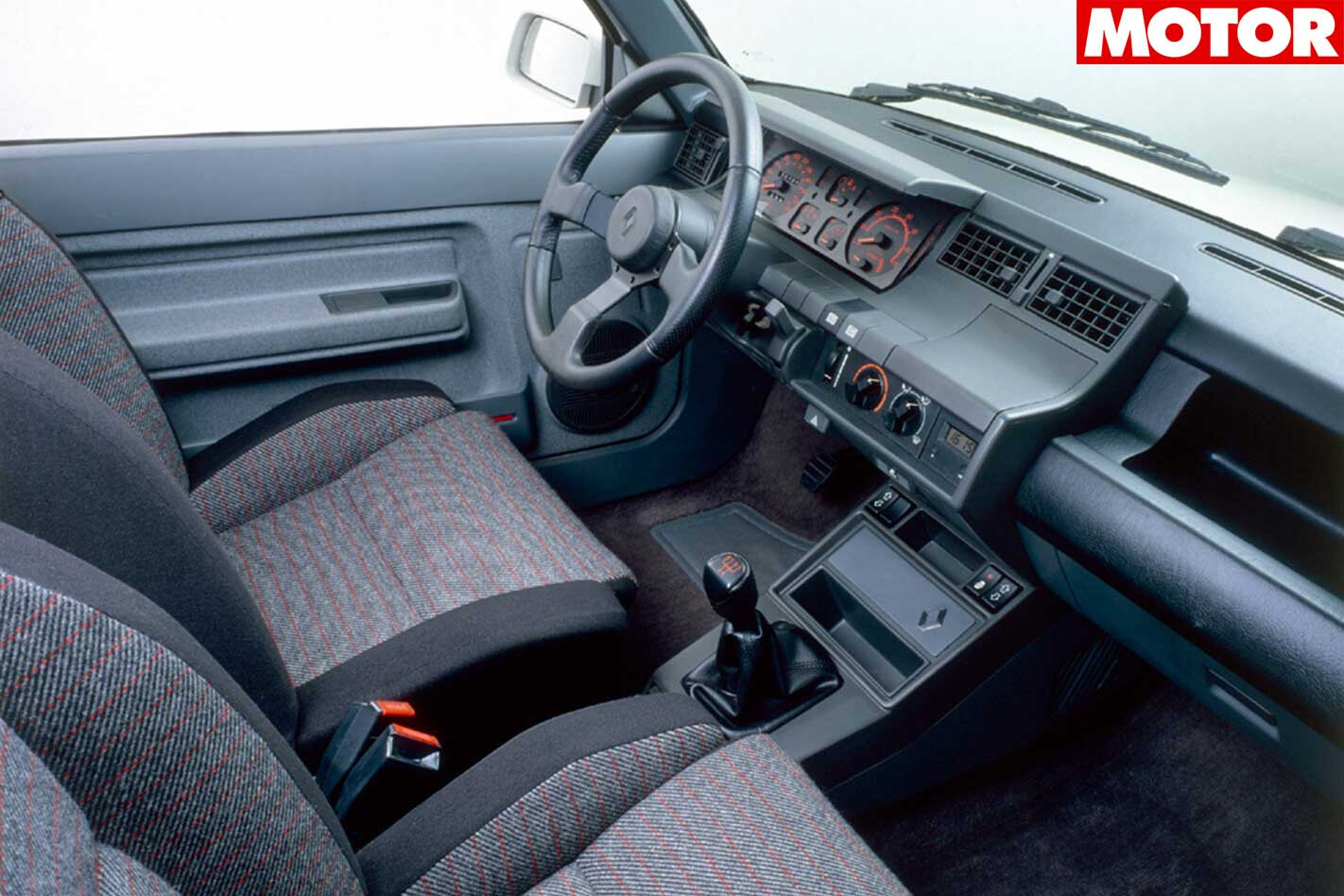 The end of the ’80s saw a facelift which kept the R5 GT Turbo ahead of the likes of the Pug 205 GTi, which had only just caught up to the GT’s previous power output. It also gained an extra 500rpm to dial up thanks to a new ignition system.

After 1990, however, the Renault 5 met its end. It was time for the French marque to move on to build a car that would continue the tradition of lightweight French hot hatches and endure to this day.

We’re talking, of course, about the Renault Clio. 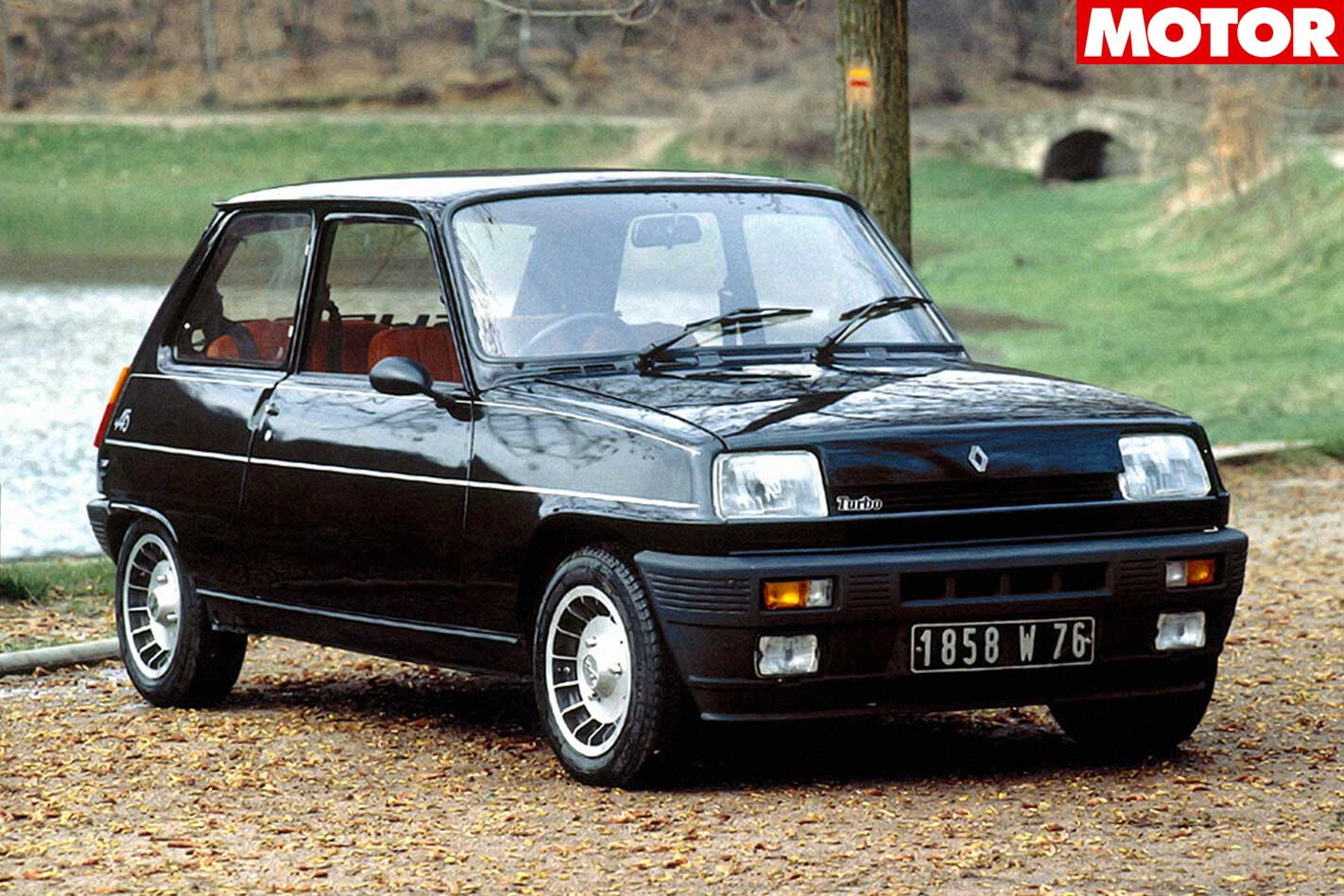 Preceding the GT Turbo was the Renault 5 Alpine Turbo, which built on the success of the atmo Alpine (considered to be the world’s first hot hatch) by adding a turbo and lifting outputs to 82kW. It was built from 1982-’84. 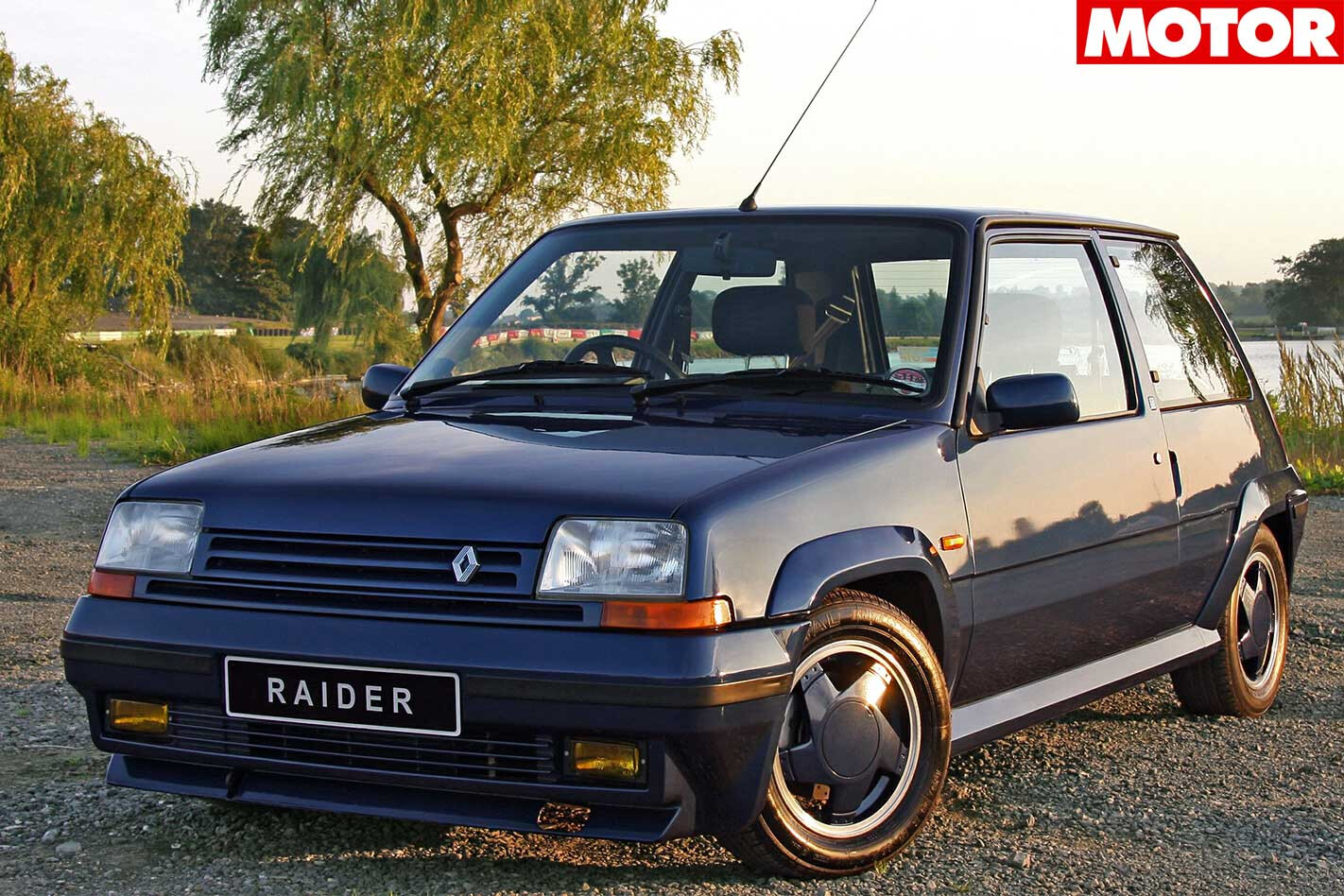 The swansong for the GT Turbo was the evocatively titled ‘Raider’. Released in 1990 just prior to the model’s replacement, it scored no more power but different wheels and interior and was only available in dark blue. Don’t confuse the Renault 5 GT Turbo with the Renault 5 Turbo. The latter was a mid-engined, rear-wheel drive monster built to tackle the Group B rally regulations and it scored four WRC victories between 1981-’86.