The most significant new Holden since the original 48/215, the VT Commodore is an affirmation of the skill, ingenuity and determination of the Australian automotive industry.

Designed and engineered at a fraction of the cost of programs for similar vehicles elsewhere, the VT overlays Commodore's traditional outstanding value in terms of package size and performance with an impressive dose of refinement, quality and safety innovation.

Standard equipment levels are impressive for a mainstream family sedan - from the driver's airbag, electric seat height adjustment and trip computer on the entry-level Executive, through to the traction control on Acclaim, to the clever coded key system on Calais which allows drivers to personalise their climate control and audio system settings. The comprehensive model range also includes a roomy wagon - with a lap-sash seatbelt for the centre rear seat passenger - and performance S, SS and HSV variants. Buyers can also choose between naturally aspirated and supercharged V6 engines and up to four different specifications ofV8, depending on model. No matter which VT, this is a car with few peers for the price anywhere in the world.

Holden's first all-new Commodore since 1988, VT shares not a single panel with the GM2800 Euro-car and is a tribute to Holden's engineering capabilities. 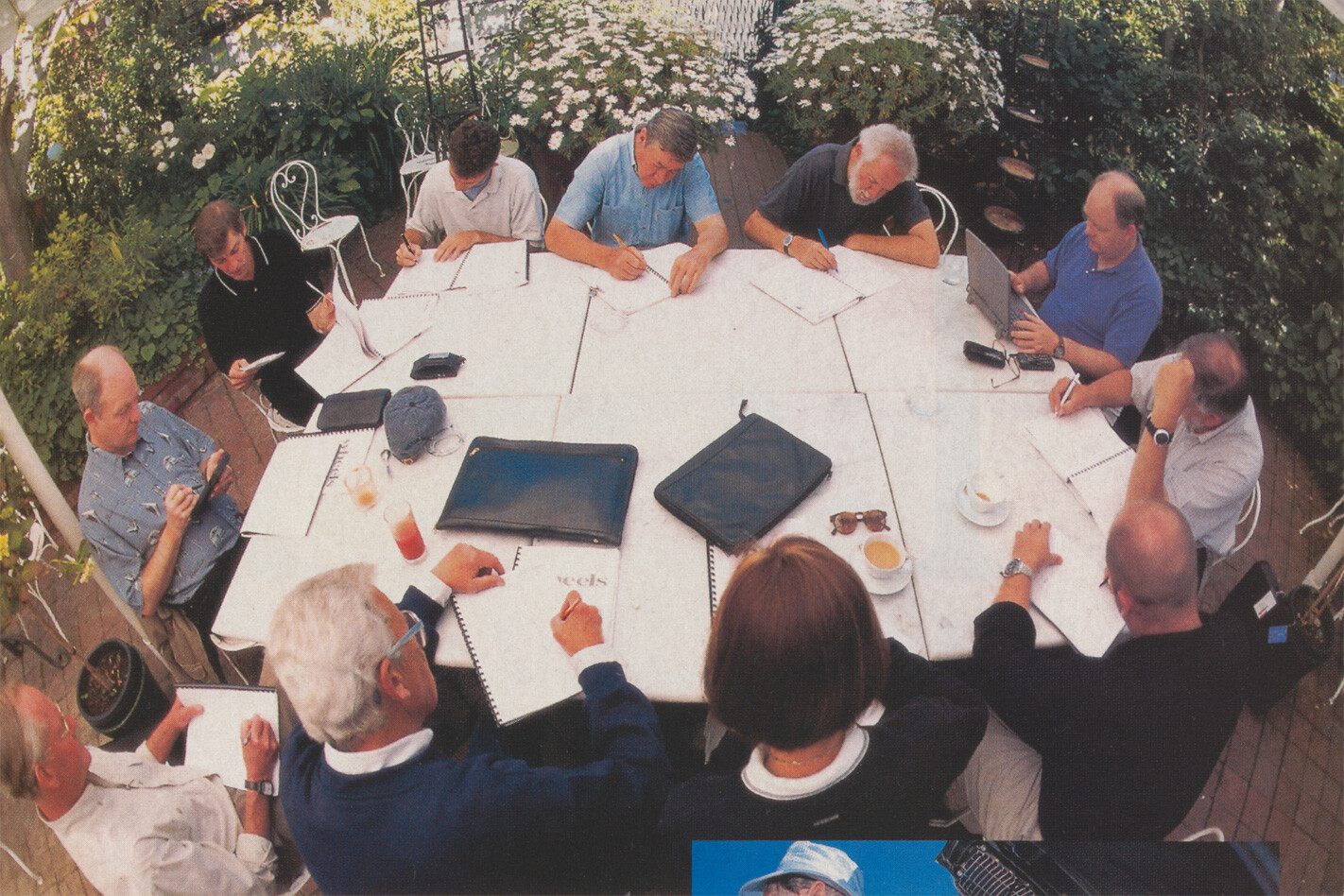 Even better than bigger, the VT Commodore packs more advanced design and engineering than any Australian car to date. VT boasts all new body, interior, brakes and electronics. Carryover V6 and V8 engines are more efficient and effective than their cam and valve counts would suggest, while the basic safety engineering is world-class, especially for a mainstream car at this price. 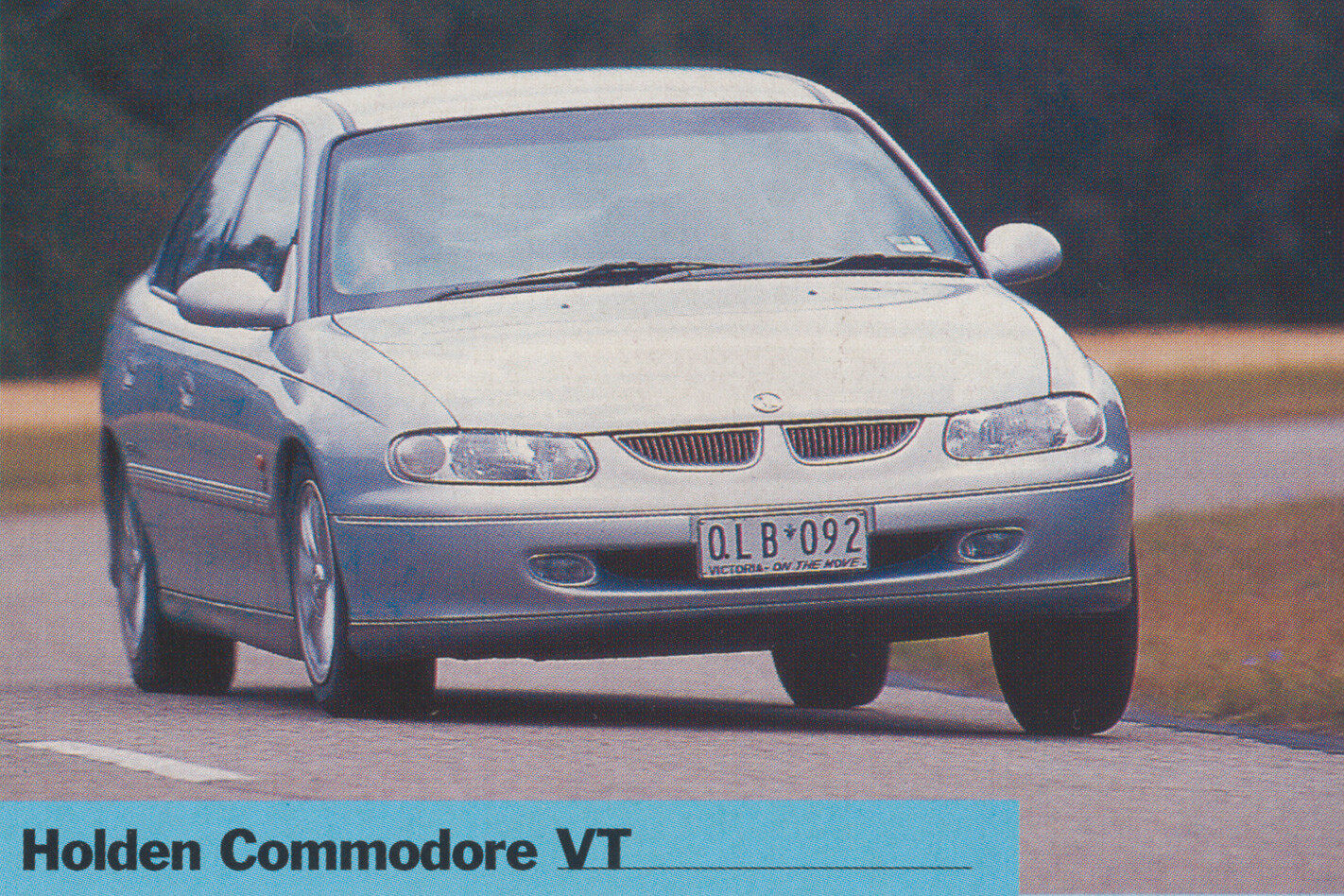 Advancement in design: Four and a half stars

Filled with presence on the road, VT is arguably the best Holden ever. There's quality throughout the styling, though it's not perfect- lower rear bumper lines give it a touch of the 'full diaper' look, and front wheel arches appear too pumped from some angles. Interior, on the other hand, gets top marks for design work, fit and finish, as well as superior grain and gloss matching. 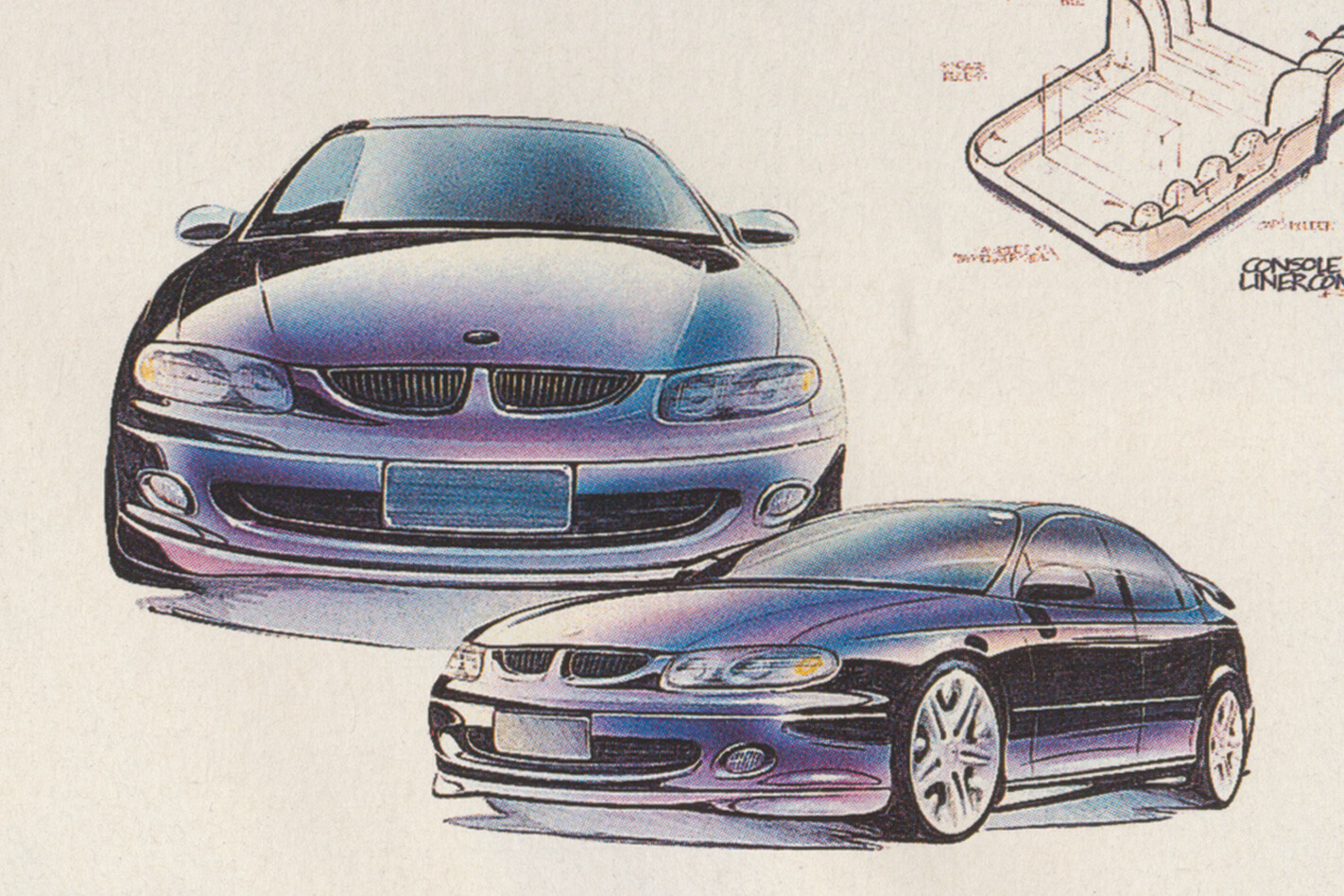 Superior refinement, comfort, equipment and styling outweigh the marginal decline in performance and economy. Very thoroughly developed and better finished than any previous Commodore, and therefore effortless to drive and very good for passengers. Few cars, anywhere, are more effective or capable, especially at the price. Safety: Four and a half stars

Holden engineers have worked hard to put state-of-the-art safety features in this family sedan. The pre-tensioners and airbags work in harmony, seat bases reduce submarining and the centre rear seat has a lap/sash belt even in the wagon with a split seat. The driver's seat is height-adjustable, and the column adjusts for reach. 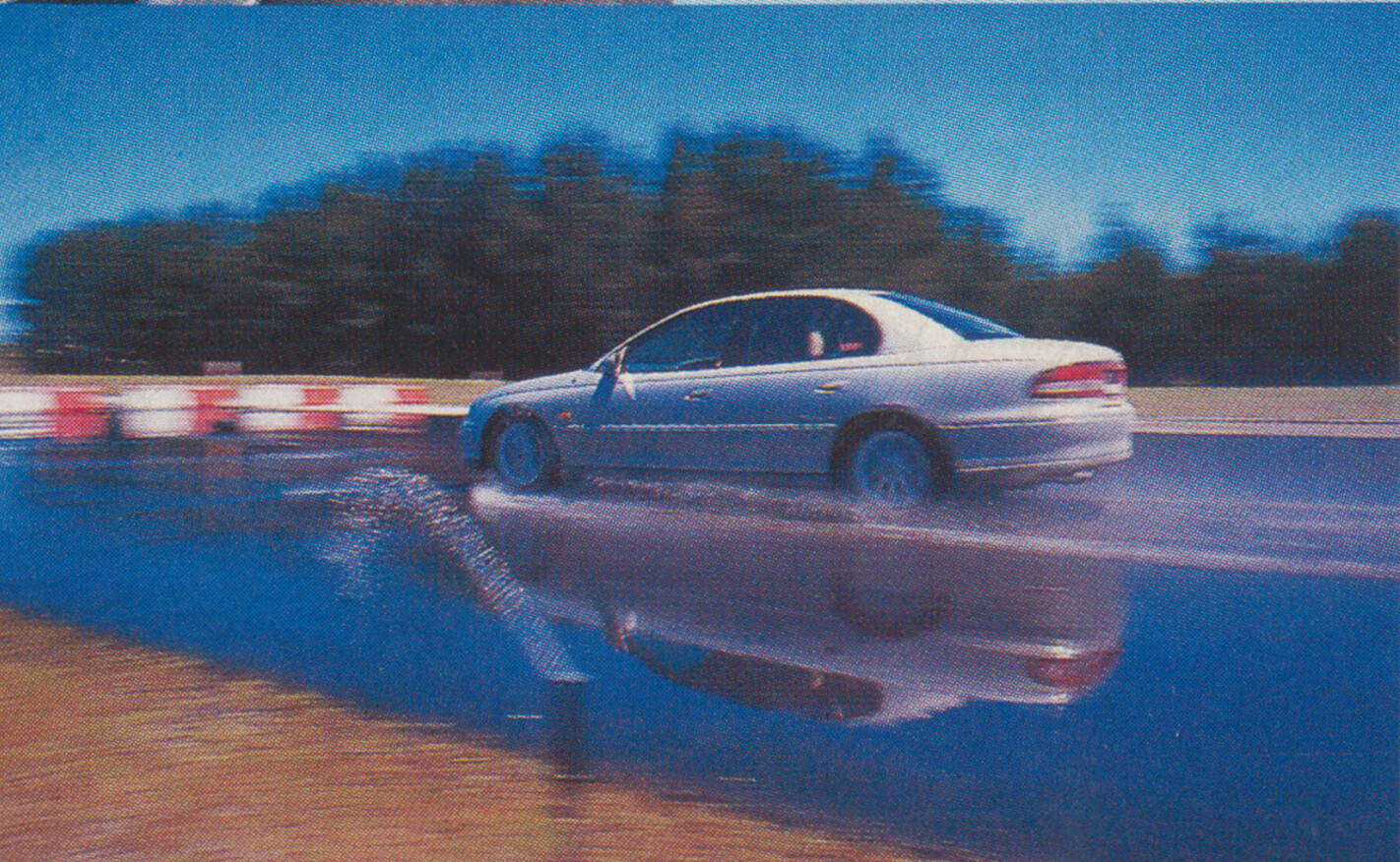 Utilisation of resources: Three and a half stars

Every metal part requires four or fewer stamping strikes to save throw-away and to reduce die wear and increase output by 41 percent. The body-in-white assembly time is five hours quicker, overall build time down by 2.5 hours. Weight gain is the only negative by-product of a safer Commodore, which has impacted on fuel consumption by an average of 6.7 percent. 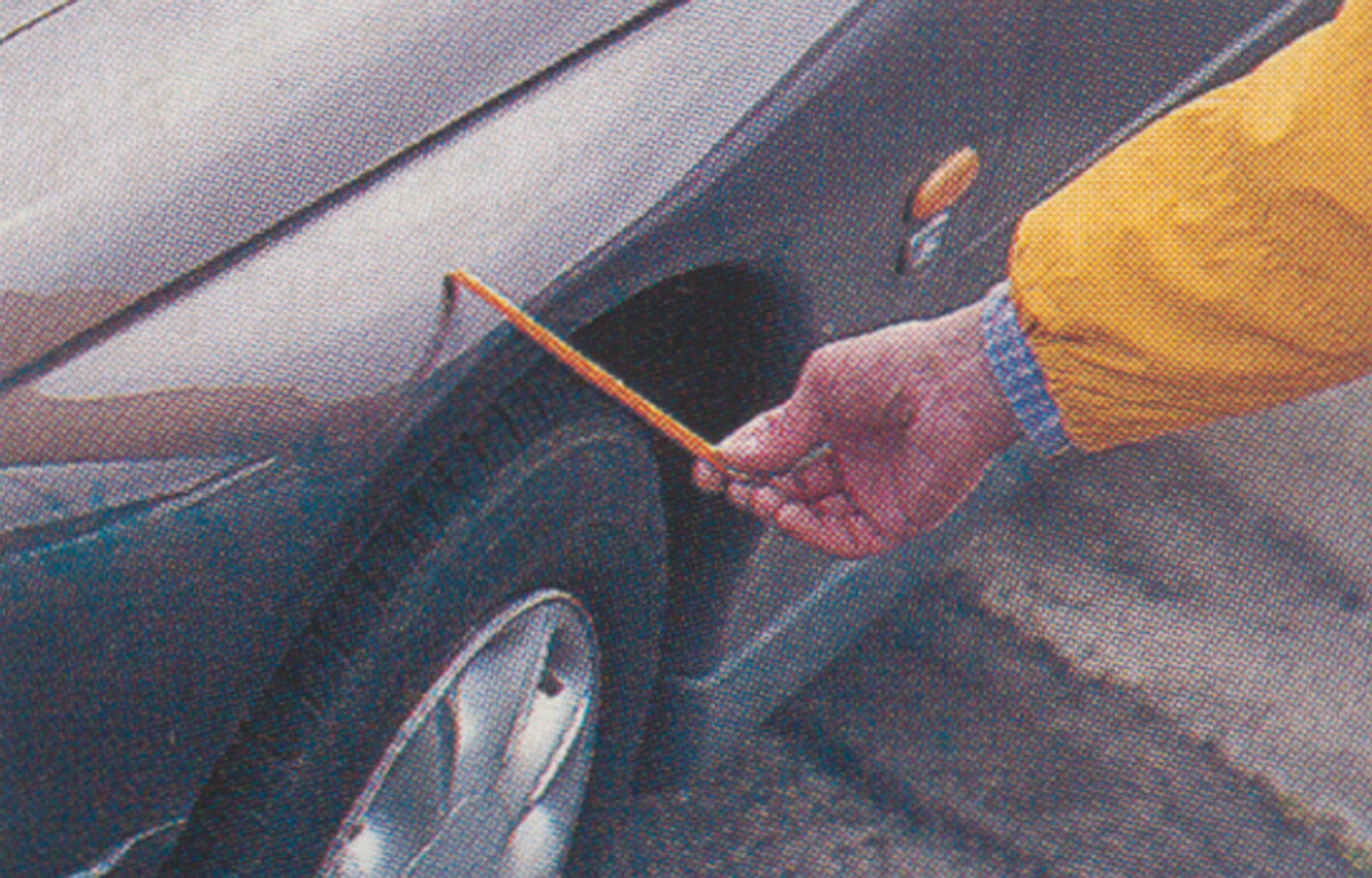 Driver's airbag, trip computer and electric seat height adjustment are now standard across the range, while Calais matches BMW for electrickery at half the money. Range includes huge wagon and HSV hotties: given the performance and packaging, style and safety, VT is arguably the best value family car in the world.