In the second of our series, Holden grows from strength to strength as Australia’s appetite for new cars booms

Post-war rationing was over, some bloke called Lang Hancock had found iron ore in Western Australia, hurdler Shirley Strickland became a household name after winning gold at the Olympics, Bathurst hosted the Australian Grand Prix for the first time and a bunch of Poms blew up their first atomic bomb right in our back yard.

It was also the time the first seeds of expansion were sown for the Australian car industry. Demand for Holden’s 48-215 was outstripping supply, as was a freshly added sedan-based “Coupe Utility”. So, on the fourth anniversary of the first homegrown sedan rolling out of Woodville, GM announced an ₤11 million investment in the plant that would lift production to 200 a day. 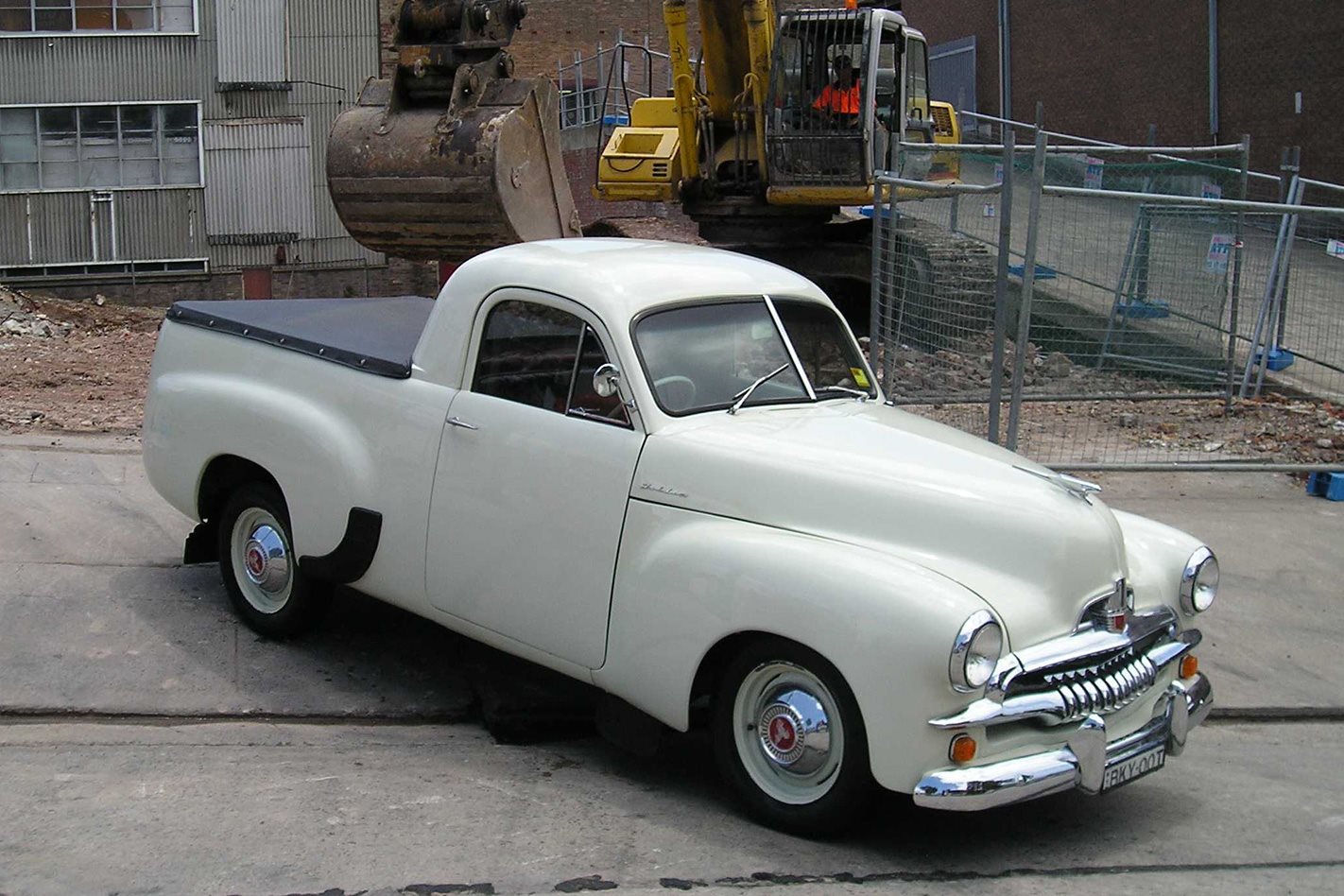 Key to the expansion was the 1953 introduction of the FJ Holden, a big evolution of the 48-215. As well as the sedan and coupe ute, the range added a panel van for the first time.

The flood of migrants into Australia brought with them European tastes. Porsche had launched the 356, the first of its cars, in 1951 at the South Melbourne town hall, just up the road from the Albert Park Grand Prix circuit. 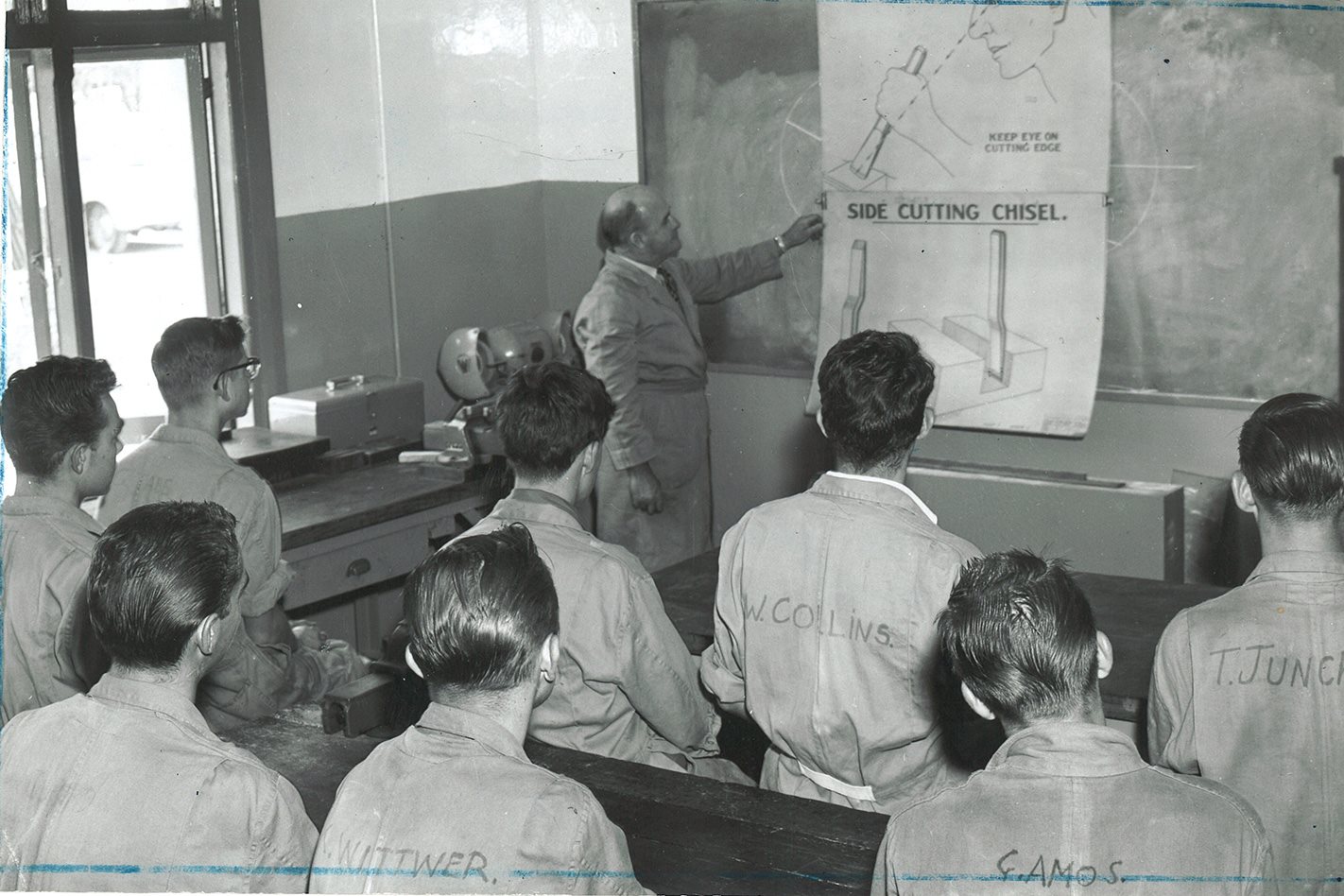 A number of them started to establish a foothold in Australia to work around punitive tariffs brought in to protect local jobs and Holden.

The complicated merger of Nuffield and Austin, British Motoring Corporation and Leyland formed British Leyland Australia, Chrysler Australia was formed after the US carmaker bought out coachbuilder T.J. Richards with the aim of building a family of passenger cars and commercial vehicles with 90 percent local content. 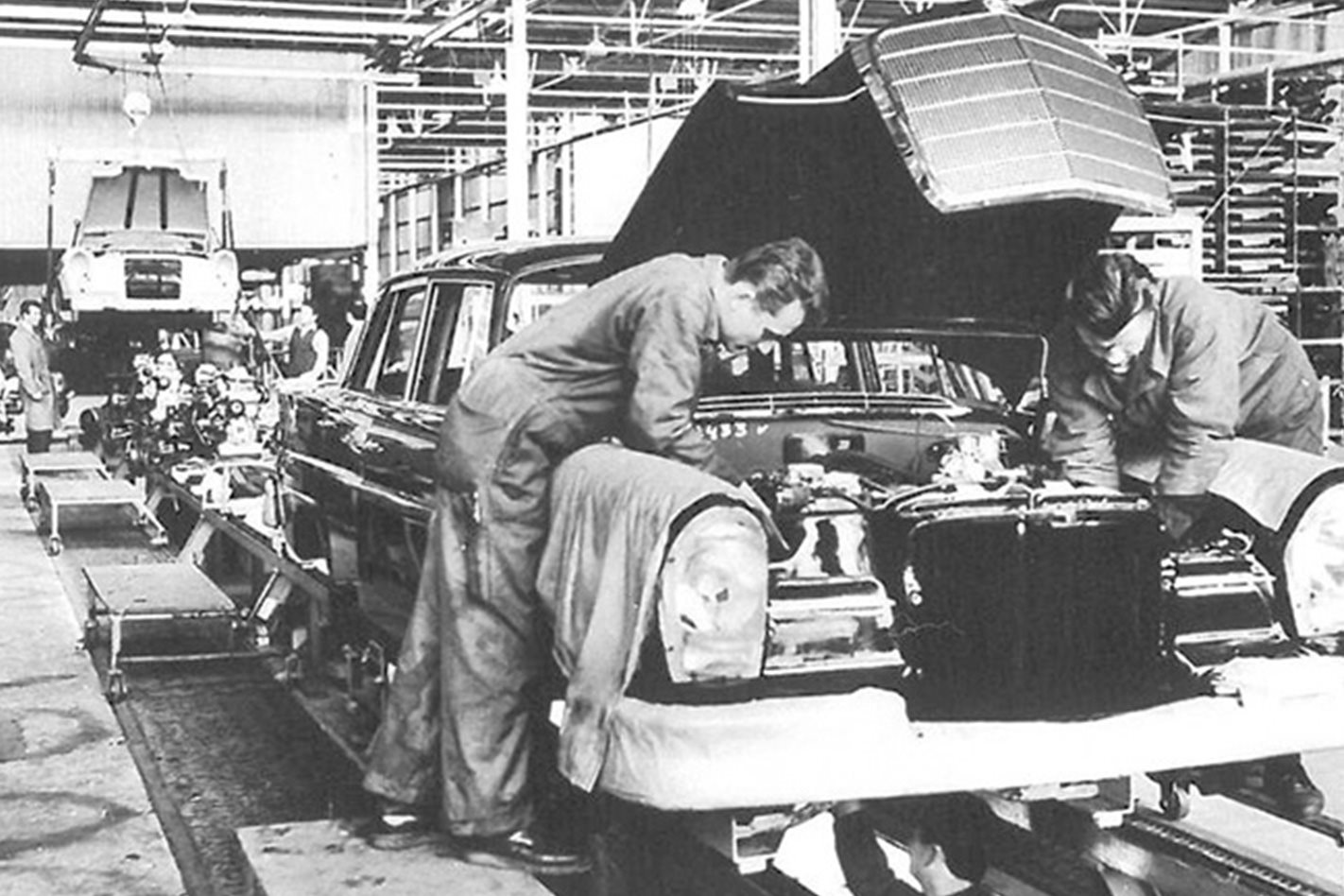 Standard and Triumph-badged vehicles were assembled in Port Melbourne in the mid-1950s by an Australian-owned and controlled company calling itself Standard Motor Products Limited, though as a result of acquiring the rights to import Mercedes-Benz models in 1958, it later changed its name to Australian Motor Industries (AMI).

A strange little car from Germany – one that both Morris and Ford rejected after World War II – arrived in Australia in 1953. It was simply known as the Volkswagen, though the air-cooled, rear-engined family car devised during the Third Reich’s reign was more popularly known as the Beetle.

After a slow start, sales built steadily as the decade progressed, with the Beetle the fifth best-selling vehicle in 1956 and reaching number three two years later. It would eventually add an assembly line in Clayton, Victoria. 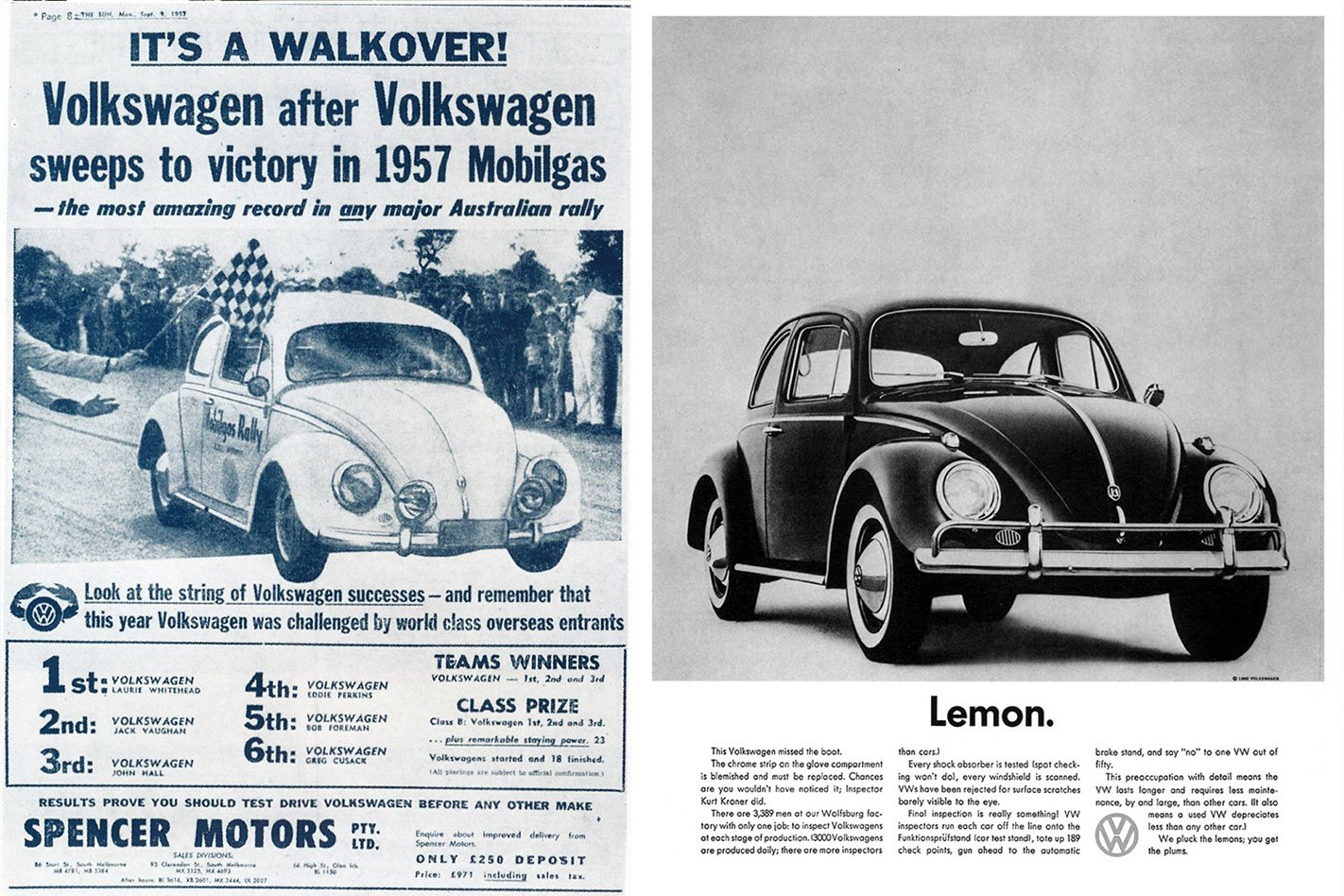 Ford, meanwhile, had been producing cars such as the Anglia and Zephyr in Geelong, but with the state government’s help bought a large pocket of land at Campbellfield, in Melbourne’s north, during 1956 to take advantage of the burgeoning cheap immigrant labour force.

Originally intended for a factory to build a future Zephyr, the Broadmeadows head office was to eventually become the home of the US-designed and engineered Falcon.

British cars such as the Hillman Minx (maker of the 1956 Mark VIII Gaylook De Luxe Saloon – oh these were much more innocent times!), Humber Super Snipe (both by Rootes Australia, the local offshoot of a British company that also made the Sunbeam and Singer models), Standard Vanguard Spacemaster, Vauxhall Velox, Austin A30 and Morris Minor were still comparatively popular in Australia during this era.

An event called the Round Australia Trial was introduced to allow carmakers to demonstrate how well-adapted their products were to the Australian environment. 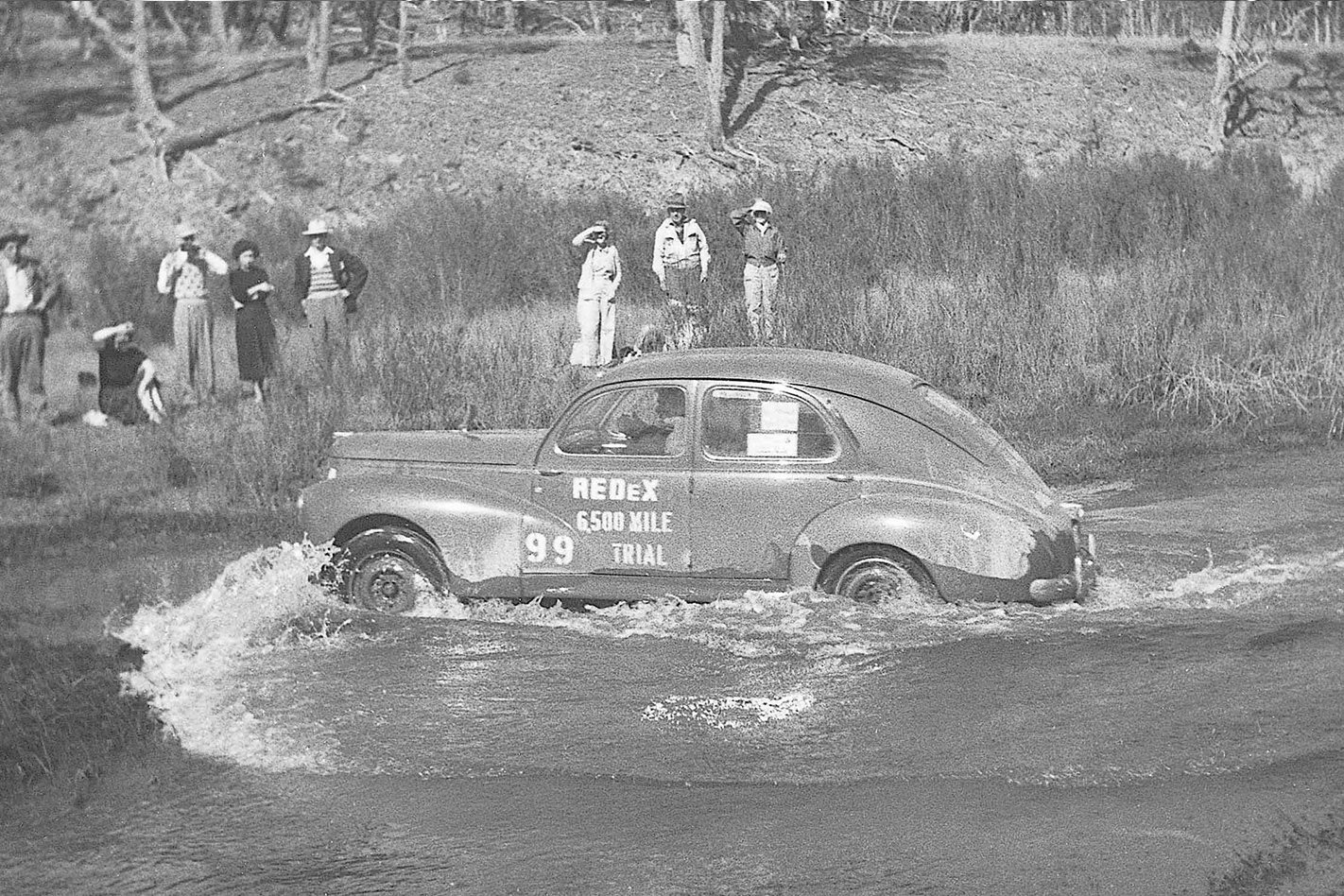 The first, the Redex Reliability Trial, was introduced to a lacklustre Australia in 1952. That all changed after Peugeot caught the imagination of many by unexpectedly conquering the gruelling 1953 event in the French brand’s first monocoque vehicle, the 203, setting the brand up for decades to come as a maker of tough and reliable, yet comfortable and sophisticated family cars that were well suited to our peculiarly rough terrain.

The 403 built on its predecessor’s reputation from 1955, but the lack of six-cylinder power meant no Pug ever came within a cooee of Holden’s popularity. 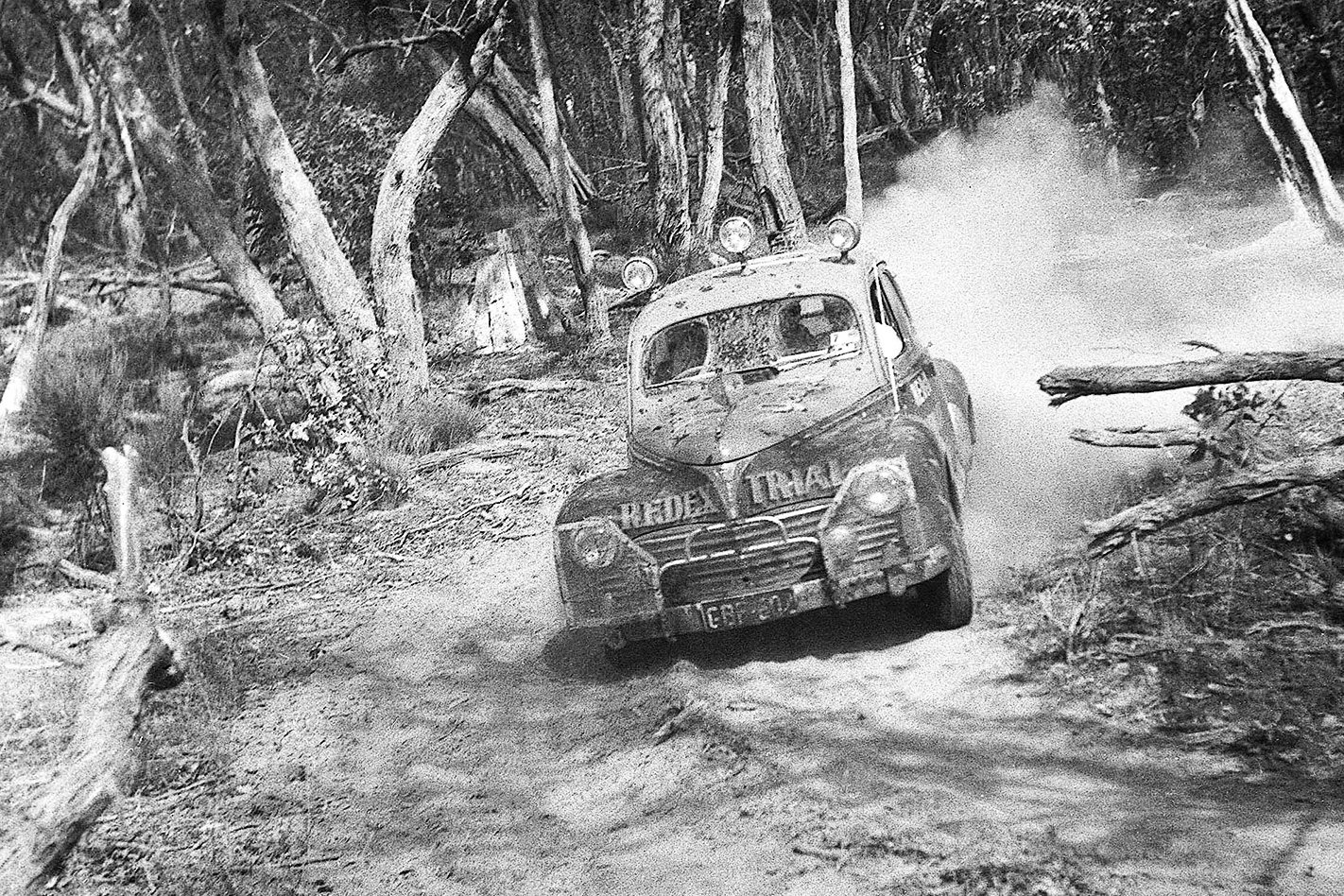 By 1954 there were an estimated 1.9 million cars in Australia – well down on the 13 million today – but the annual road toll hovered around 2000, compared with last year’s 1290 deaths. 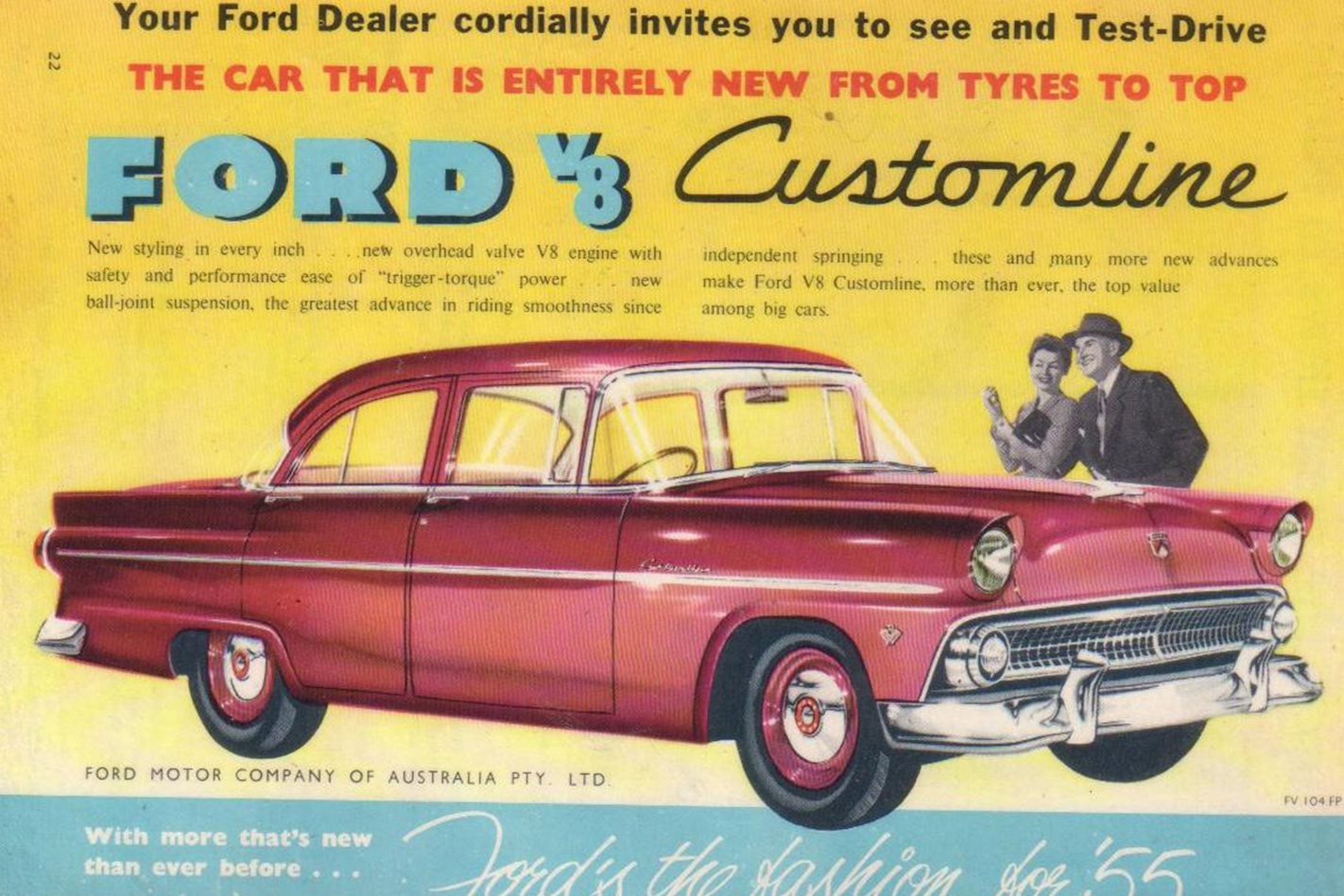 Imported American cars were losing buyers due to cost, but in 1955 Ford persisted with the big Customline. 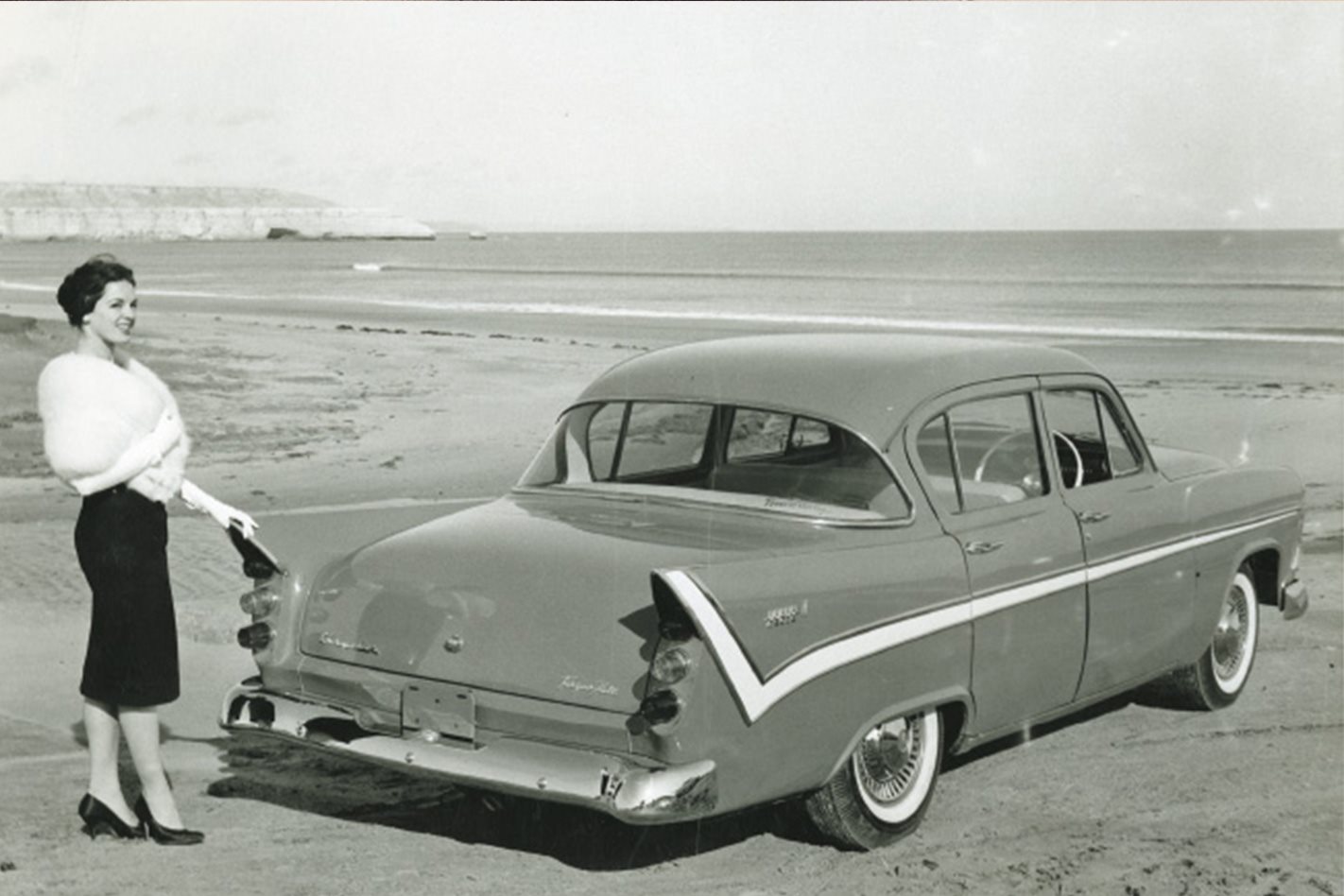 Chrysler, meanwhile, started to manufacture the AP1 (the “AP” stood for “Australian Plymouth” – though later changed to “Australian Production”) and the Royal (essentially a 1954 Plymouth P25 Cranbrook but with uniquely Australian designed panels) in 1957 – but the venture was not a success.

The epochal Citroen DS that shocked the world in 1955 arrived in Australia a couple of years later. Its futuristic styling clicked with the UFO mania sweeping the world at the time, though Aussies were sceptical about the cost maintaining the ingenious hydraulics that controlled the suspension, brakes and gear lever. Arguably the most beautiful car ever produced, the DS also somehow found a following among more avantgarde-minded motorists. 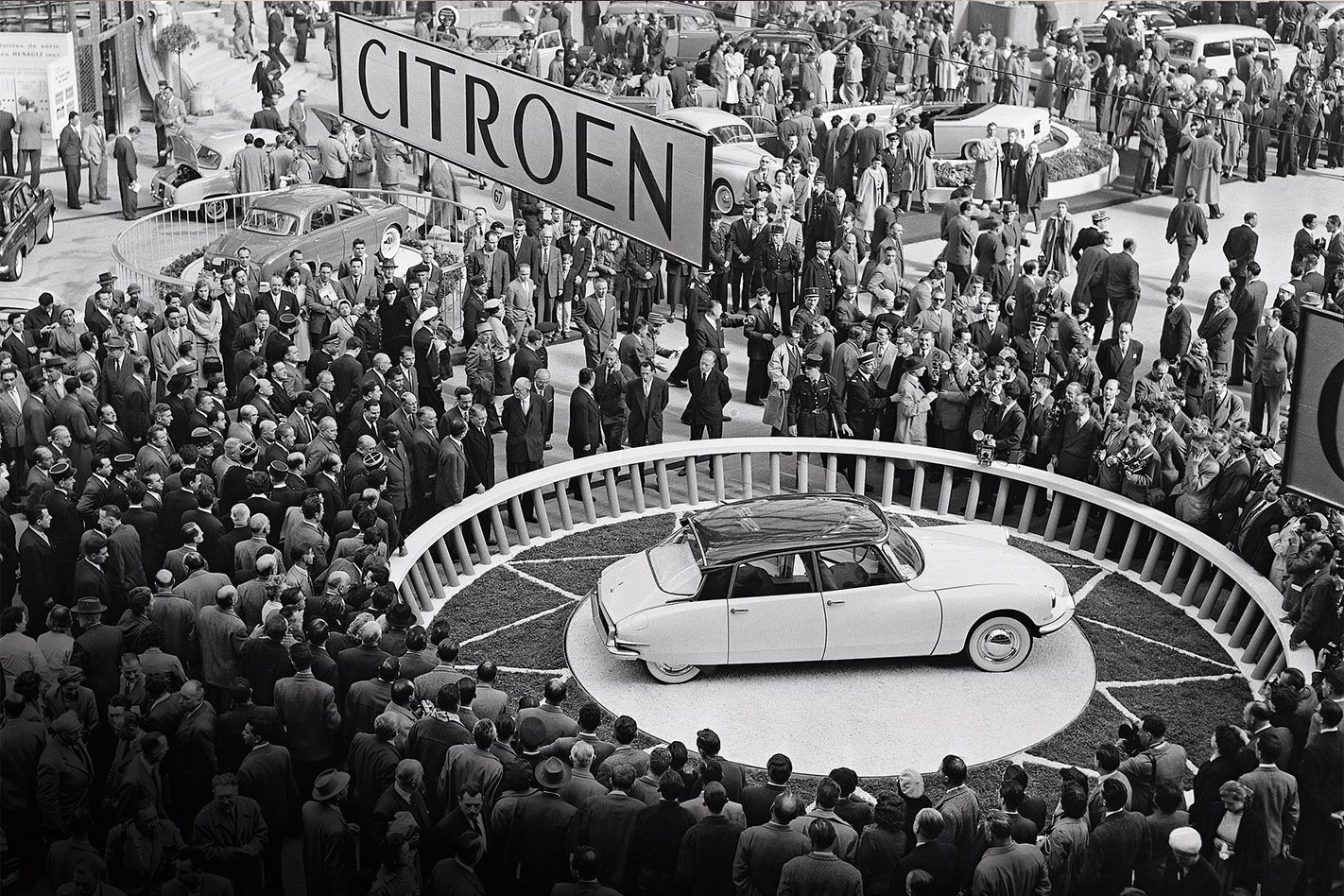 All this increasing activity from rival manufacturers was taking a toll on Holden’s FJ, but not due to a lack of popularity – it was Australia’s best-selling car in 1955. An increasingly prosperous population, tired of waiting months for their Holden, simply went elsewhere as GM-H’s market share slipped from 32.6 percent to 27.7 percent.

But a completely redesigned top hat that evolved into 1956’s far-more contemporary FE Holden ended up being one of the most exciting moments of the decade, making headlines and causing mayhem in dealerships as folk clambered to take a look at the latest version of Australia’s Own.

Holden would enter the 1960s as the undisputed king of the Australian car market.

Catch up on our previous 1948-1952 recollection: Australia’s post-war car industry is born