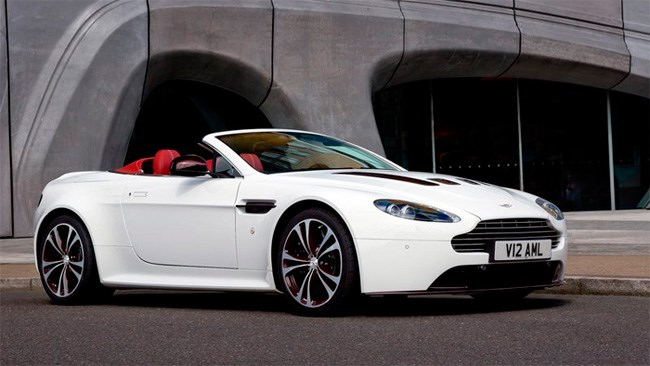 The bellowing howl of Aston Martin's mighty V12 Vantage can now be enjoyed in surround-sound stereo as the firm launches an open-top Roadster version of the charismatic two-seat sports car.

The bellowing howl of Aston Martin's mighty V12 Vantage can now be enjoyed in surround-sound stereo as the firm launches an open-top Roadster version of the charismatic two-seat sports car.

Aston has bowed to the obvious and combined the V12 Vantage with the Vantage Roadster soft-top convertible, creating a roofless roadster sister car to the ruthless V12 Vantage Coupé.

If you believe Aston Martin, it doesn't yet know how fast the new V12 Roadster is. It's only quoting predicted figures, which give it a 305km/h top speed and a 0-100km/h acceleration time of 4.5 seconds. As with the V12 Vantage Coupé, it's manual-only: a paddleshift automatic is not available.

You won't miss one of these, even from a distance. At the front, there are four enormous vents cut into the bonnet, to aid cooling of the huge engine. At the rear, there are enormous twin exhaust pipes, which are another visual identifier. The 19-inch alloys are new and there is, of course, the noise it makes too.

Carbonfibre details mark out the V12 Vantage Roadster from lesser Vantage. There are carbonfibre side strakes, door mirror caps and infills for the rear lights. These can be finished with a special coloured weave from the options list if you wish (to pay extra).

The beautiful carbonfibre front splitter and rear diffuser (which includes a centrally-mounted oil cooler) are both hand made. Aston says this is to ensure consistency and direction of weave plus the best possible finish. Only by doing it this way can the exact symmetry be achieved.

The rear boot lid has a sharper 'kick' than the coupé, to help better manage the aerodynamics and reduce lift with the roof down. The front air intake is also lower, again presumably to manage aerodynamics at high speeds without the assistance of a windflow-smoothing coupé roof.

The regular coupé V12 Vantage sounds incredible: without a roof getting in the way, the V12 Roadster is going to sound sensational. Aston Martin enhances this with a special 'Sport' button on the dash, which keeps the exhaust bypass valves open for longer.

Aston has ensured the V12 Vantage Roadster is as plush with the roof up — bringing those beautiful colour-coded buttresses within the cabin — as it is with the colour-keyed canvass roof down. The compact top is a work of art and is beautifully finished and trimmed outside and in. 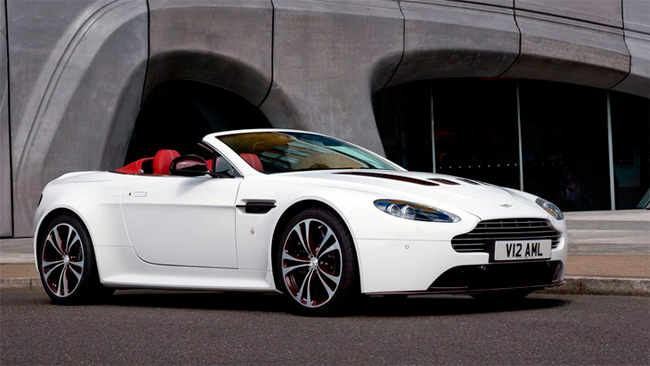 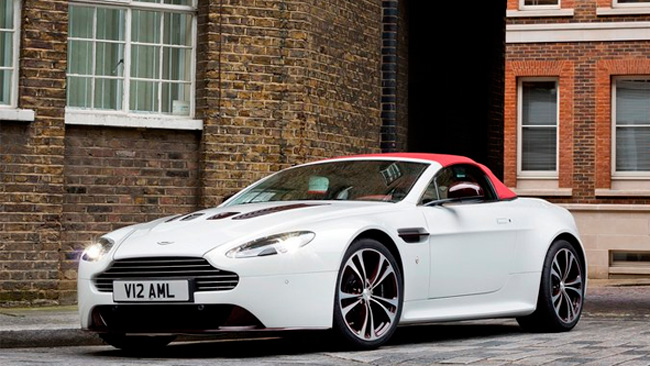 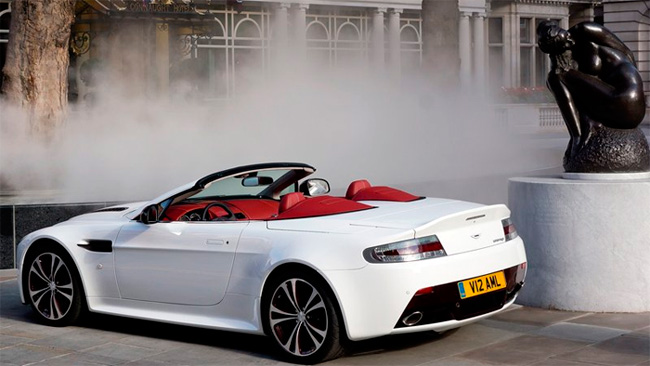