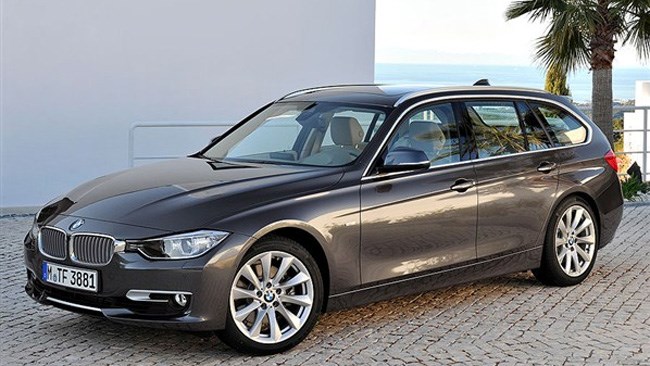 BMW has revealed the new 3 Series Touring station wagon version of the highly acclaimed new F30 3 Series range. BMW is already claiming the new model, which goes on sale later in 2012, "sets the benchmark in this segment" for load capacity and practicality.

BMW has revealed the new 3 Series Touring station wagon version of the highly acclaimed new F30 3 Series range. BMW is already claiming the new model, which goes on sale later in 2012, "sets the benchmark in this segment" for load capacity and practicality.

Surprisingly, BMW has undertaken some extensive engineering work to the standard 3 Series saloon to help improve interior space. The new BMW 3 Series Touring has both a longer wheelbase and a longer body, to give more room for passengers and luggage.

What does the new BMW 3 Series Touring look like?

The new BMW 3 Series Touring has the same sharp front end as the F30 3 Series saloon — it is identical up to the B-pillar — but is much differentiated at the side and rear.

The roofline has been stretched right to the rear and it curves slightly to give a more dynamic appearance. BMW has further extended it with a bootlid spoiler.

The famous BMW Hofmeister kink sits at the bottom of a steely-raked D-pillar, and the clever trick of extending the rear lights deep into the side panels of the car also makes the rear end appear much more sleek than before.

BMW has positioned the rear lights deep into the outer edges of the car, which makes the car appear wider, and, in BMW's words, more "hunkered-down".

How practical is the new BMW 3 Series Touring?

The 495-litre boot is 35 litres bigger than the current BMW 3 Series Touring. This has been achieved by a 97mm longer body and a 50mm longer wheelbase.

Standard folding seats split 40:20:40 and there is both a separate partition net and a folding luggage cover that stows away into its own underfloor compartment when not in use. At last, no debate of where to store the luggage cover!

When the seats are folded, the load capacity stretches to 1,500 litres: with the seats down, the load space is almost completely flat.

The BMW 3 Series Touring also has a separate opening rear window, and the loading sill is a low 620mm off the ground. Impressively, BMW fits a standard hands-free electric tailgate, operated by pressing the remote control, the A-pillar or the bootlid itself: a fourth option is optionally available, allowing opening by 'kicking' beneath the rear bumper.

Thanks to the wider body, the rear opening is wider than before.

Are rear passengers better off in the new BMW 3 Series Touring?

The extra space means the doors and door openings are larger, making it easier to get in and out.

BMW will launch the new 3 Series Touring with three engines — the petrol 328i and the diesel duo of 320d and 330d. Both manual and automatic gearboxes are available: the eight-speed auto is standard on the 330d. 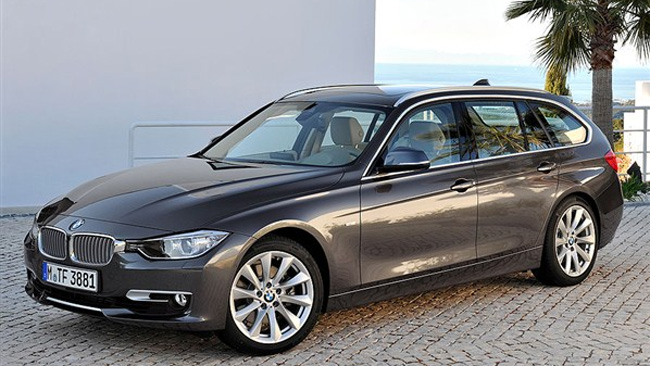 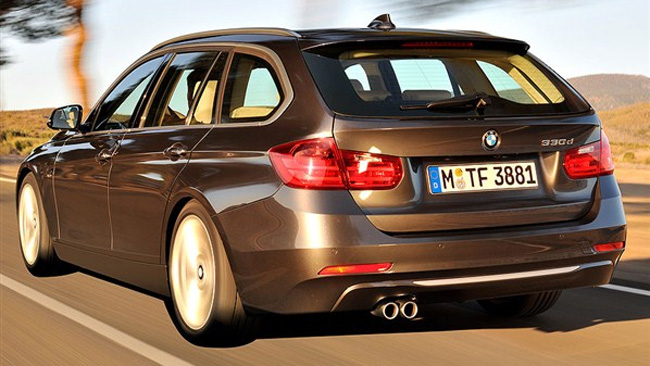 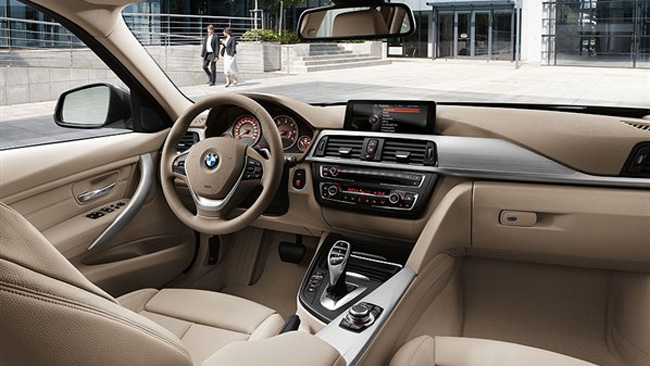