Cars of the Winter Olympics 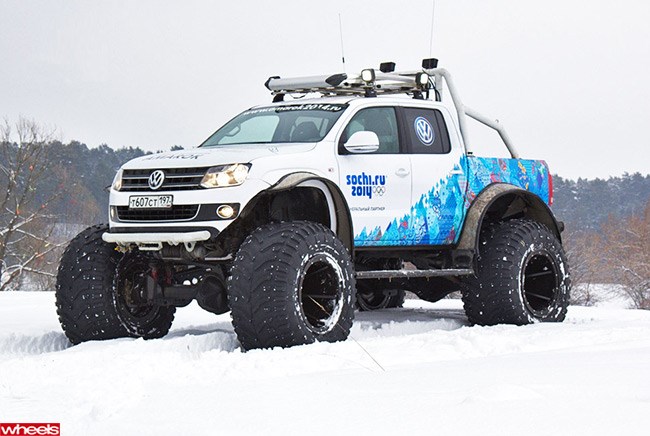 Forget animal costumes and weird letters – this is the greatest Olympic mascot ever.

As the official vehicle partner of the 2014 Sochi Winter Olympics, VW will provide more than 3000 vehicles to athletes and officials, but none quite like this Amarok.

Built to promote the Games, it’s far from a show car, with VW setting a new Guinness World Record by driving three Polar Expeditions almost 16,000km from Moscow to Petropavlovsk-Kamchatsky on Russia’s far south-eastern peninsula. This is recognised as the longest direct route within a single country and took the cars 66 days.

To cope with the challenge, the formidable-looking Amaroks had a host of upgrades, from beefed-up suspension and rollcages to the over-sized knobbly tyres.

Just what you need to drive up to a mountain peak for your luge run. 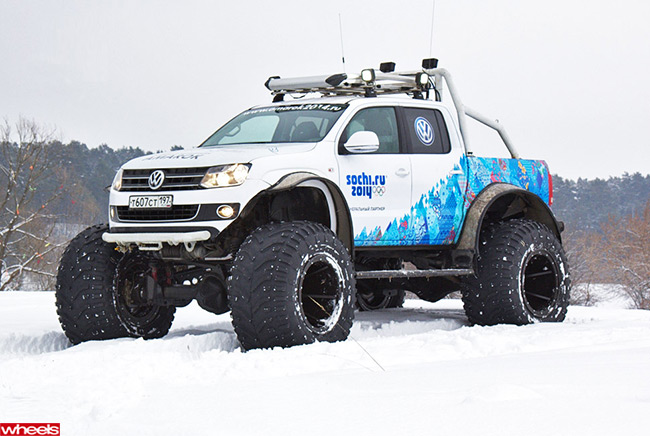 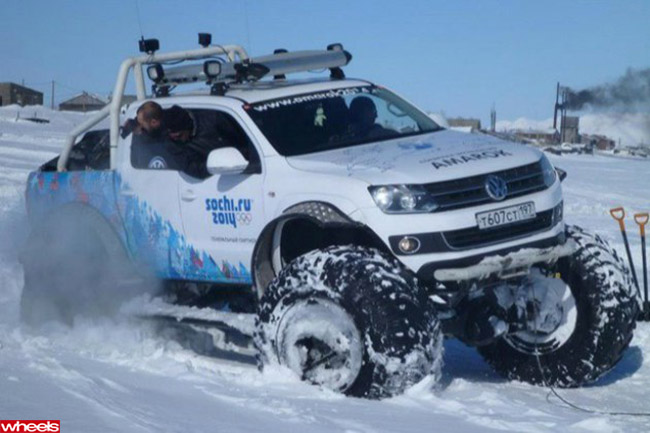 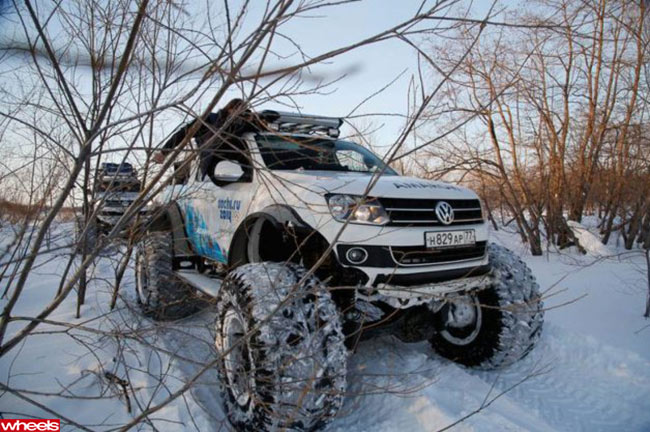 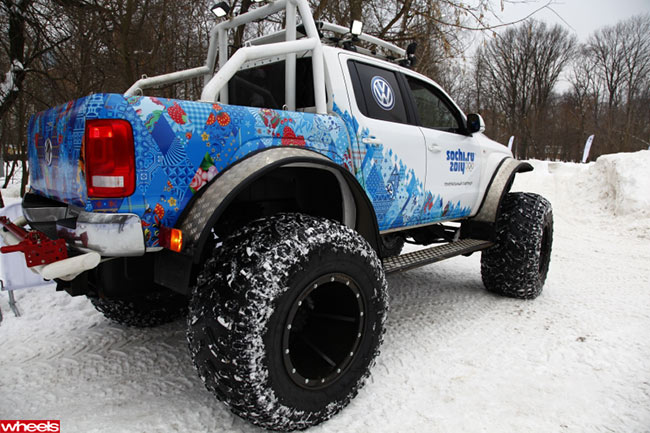 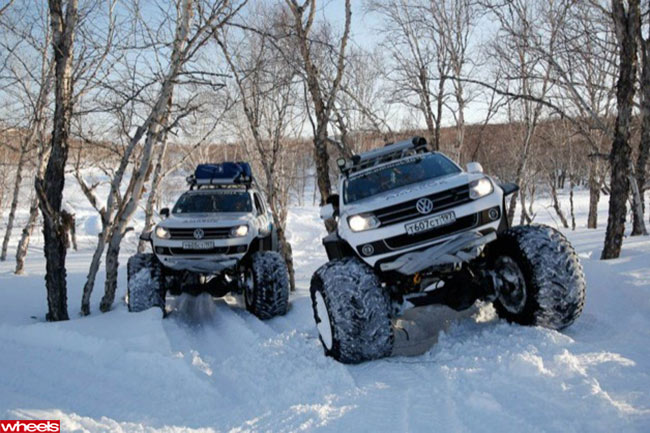 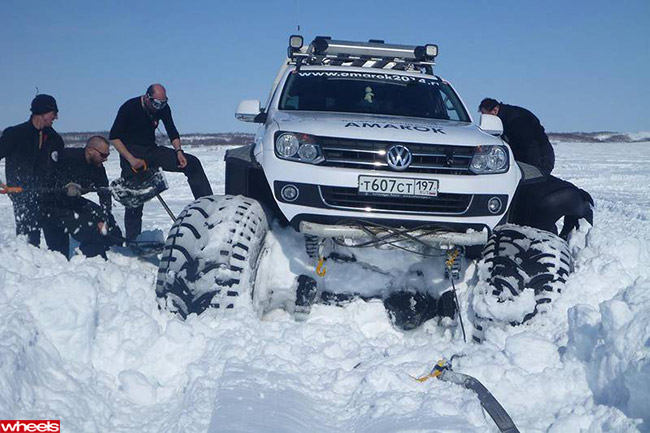 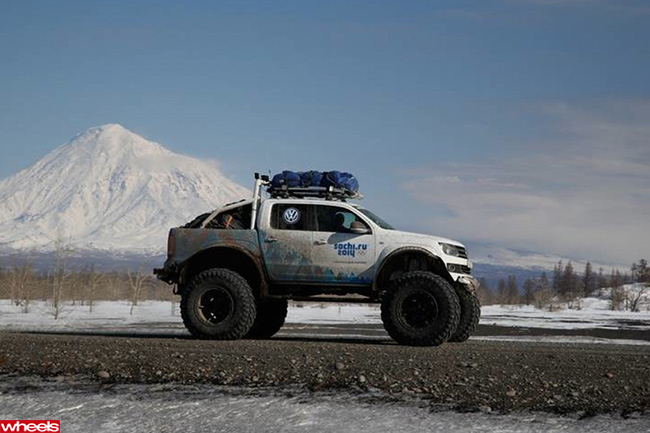 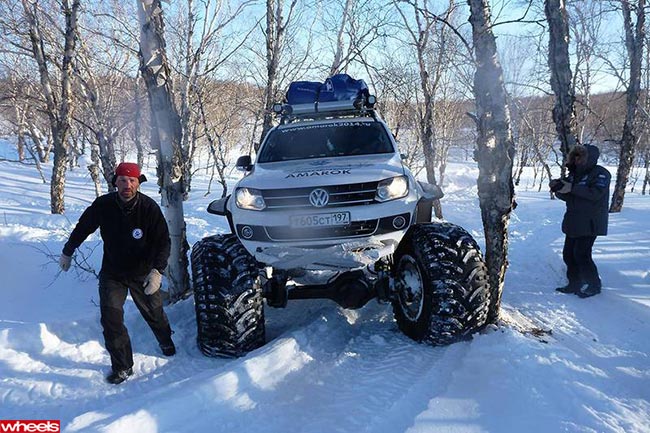 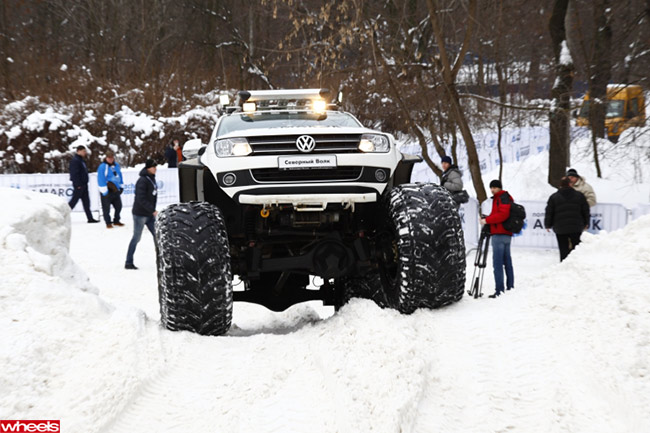 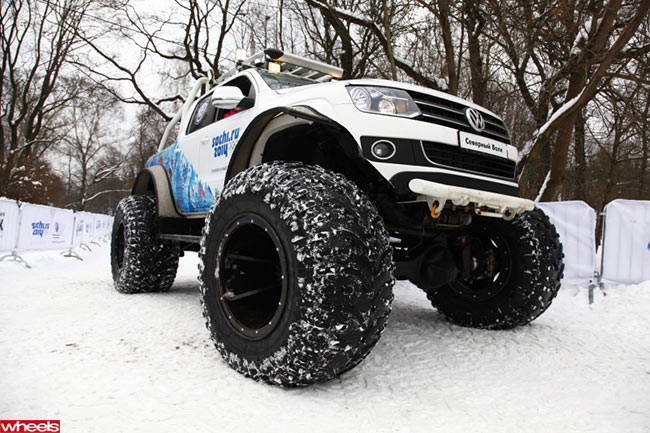