An iconic design that has endured more than half a century.

At the end of World War II, Ferdinand Porsche, whose father had designed the Volkswagen, was a 36-year-old engineer who drove a VW cabriolet with a supercharged engine. From that inspiration, he built a stripped-down roadster, which begat the production Type 356. And from that, he built a global car company.

The 356 enjoyed sales and motorsport success in equal measure, but by the late-1950s customers were wishing for more interior and luggage room and a quieter, more powerful engine. In 1959 Porsche initiated project T7, followed in 1961 by T8.

The design constantly evolved everywhere between two-seater and full four-seater. The boss’s son Ferdinand ‘Butzi’ Porsche, by then in his mid-20s, was officially credited with the eventual 2+2 design, although veteran Porsche body engineer (and 356 designer) Erwin Komenda deserves at least joint credit. 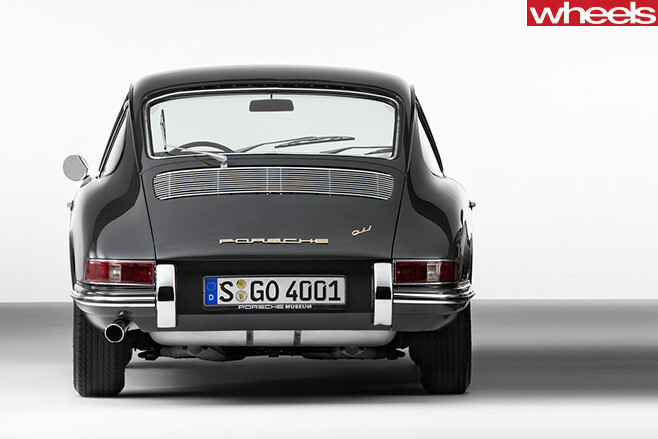 The Porsche 901, carrying the name of its new 2.0-litre flat-six engine – air-cooled and rear-mounted, like its predecessors – was shown at Frankfurt on September 12, 1963. Production, however, did not begin until September 14 the following year.

At the Paris show in October 1964, Peugeot famously objected to the car’s ‘-0-’ designation. A few weeks later Porsche changed it to 911, but not before 82 cars left the factory as 901s (the chassis numbers, confusingly, not in sequence). In all, 232 cars were built in the 1964 calendar year. 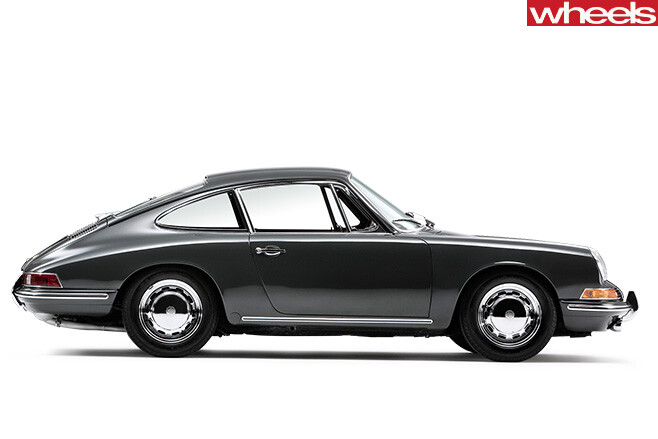 With the 356 remaining in production until mid-1965, Porsche pitched the 911 as a grand touring replacement for the flagship 356 Carrera 2, whose highly-strung 97kW four-cylinder engine met its match in the 911’s smooth, simple six-cylinder. This engine was praised for its strong torque, smoothness and race-ready revability.

The 911’s light-footed handling – the car weighed just 1040kg – was widely welcomed, with its sharp and sensitive steering. The rear end, despite a heavier engine and skinny 165 x 15 tyres, seemed to draw little criticism in initial magazine tests, being inevitably compared with the more wayward 356. 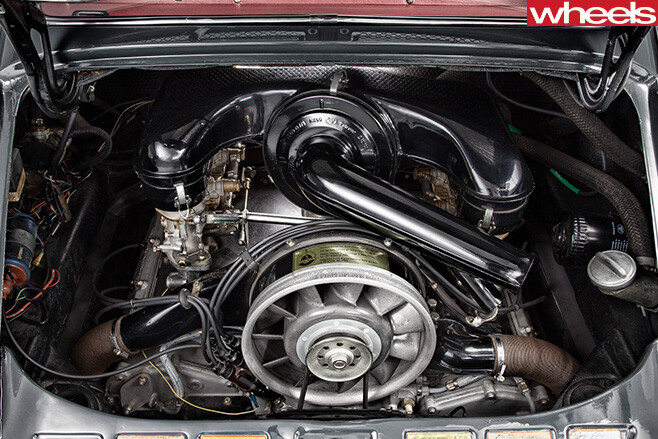 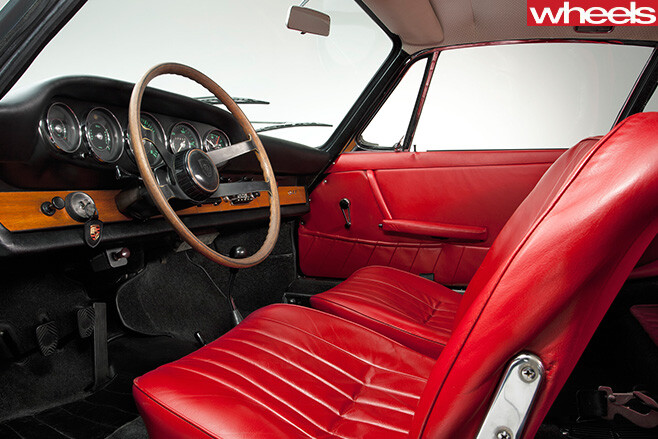 Then, as now, the 911’s interior view was dominated by five dials with central-mounted tacho, redlined at 7000rpm even in 1964. Ignition key on outboard side is supposedly from Le Mans experience, while floor-hinged pedals showed Porsche’s VW ancestry. Floor levers control heating and ventilation. Rear backrests fold flat for a luggage shelf.

The unitary chassis was praised for its toughness. Front longitudinal torsion bars with MacPherson towers allowed space for 62-litre fuel tank and luggage; transverse rear torsion bars were operated by trailing arms. Rack-and-pinion steering and four-wheel discs were top-notch tech. The 2211mm wheelbase made handling tricky; it mellowed with 57mm stretch in 1968. 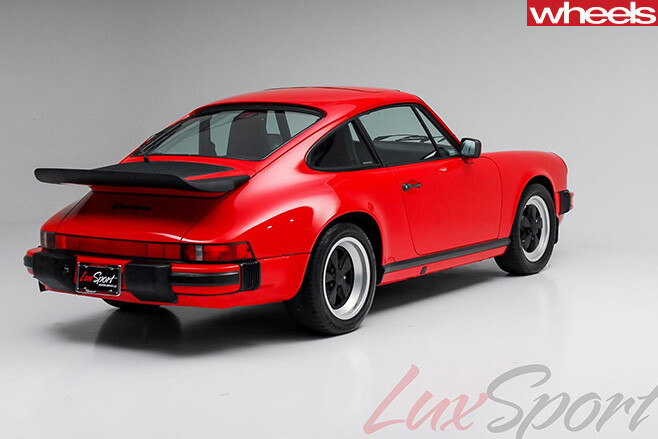 Comedian and Porsche collector Jerry Seinfeld owns ’64-build chassis 300049, famously the first to be designated by the factory as a 911 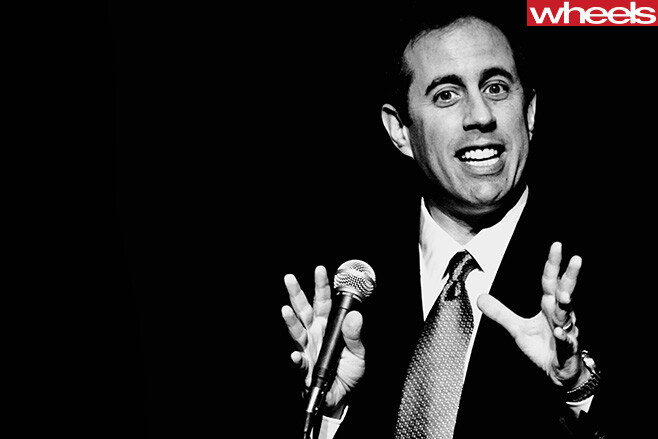 Seating giant Recaro was created from Reutter Karosserie, the 356’s coachbuilder, which Porsche bought in 1963 to build the 911