Obituary: Ferdinand Porsche - designer of the 911 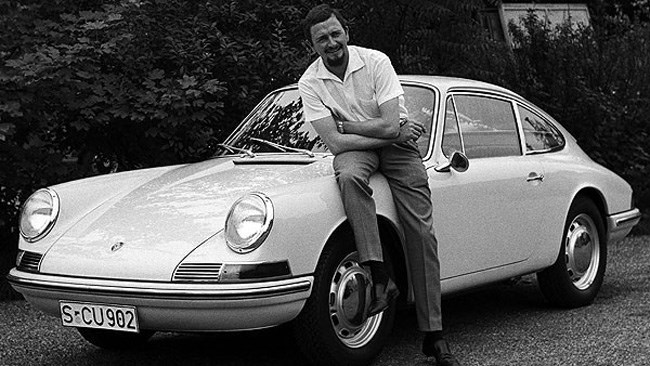 Ferdinand Alexander Porsche, who passed last week, was Ferry Porsche’s eldest son and created the car his father liked the most – the Porsche 911.

Ferdinand Alexander Porsche, who passed last week, was Ferry Porsche’s eldest son and created the car his father liked the most – the Porsche 911.

Nicknamed ‘Butzi’ by the Porsche family, but also known as ‘F.A. Porsche’, Ferdinand joined the Porsche company in 1958, in the body design department.

He had long shown an interest in design and, after several years of successful work across all departments of Porsche, took over management of the design studio in 1962.

His first protect was a major one: creating a successor to the famous Porsche 356, the car on which the company’s fortunes and reputation had been built. Ferry Porsche dictated this should be bigger than the 356, boast a four-seat interior, be more powerful and refined, have better comfort and handling and use a six-cylinder engine for upmarket appeal.

Butzi Porsche met this brief with the beautiful Type 7 concept car. At the time, Ferry Porsche reported many within the company loved it – however, the head of the body design department, Herr Komenda, was reportedly less keen. In converting the design into an engineering prototype, he created three models, Versions 1, 2 and 3.

Each was, to the immense frustration of Ferry Porsche, progressively larger and further removed from Ferdinand Porsche’s original Type 7 design. The head of Porsche thus took drastic steps, and employed an outside company Porsche had recently purchased, Reutter, to convert his son’s design into an engineering model.

Komenda soon fell into line, Ferry Porsche later revealed: the resultant Type 901 was almost completely faithful to the car Ferdinand Porsche originally designed. It launched at the Frankfurt Motor Show in 1963 and, once renamed 911, has gone on to be the world’s most famous and iconic sportscar.

The car Ferdinand Porsche was most proud of, though, was the Type 904 Carrera GTS racing car. A sleek, composite machine, he liked it because the design timeframe was so short, nobody else had chance to interfere with the look: it was, he said, his purest model.

Ferdinand Porsche worked on several more projects, such as the Type 804 Formula 1 car, but eventually left the family firm in 1972 – to set up the Porsche Design Studio. This is the famous product design offshoot of Porsche, which started off designing excusive watches and now retails a huge variety of upmarket goods and leisureware under the Porsche Design brand.

Ferdinand Porsche had a clear principle in his work: “Design must be functional and functionality has to be translated visually into aesthetics, without gags that have to be explained first.

“A coherently designed product requires no adornment; it should be enhanced by its form alone."

“Good design should be honest.”

He remained close to the company in the following years and finally retired in 2005, due to ill health. He was also named honorary chairman of the supervisory board, a title his father originally held.

Matthias Müller, President and Chief Executive Officer of Porsche AG, said in tribute: “We mourn the death of our partner, Ferdinand Alexander Porsche.

“As the creator of the Porsche 911, he established a design culture in our company that has shaped our sports cars to this very day. His philosophy of good design is a legacy to us that we will honour for all time.”

Ferdinand Porsche was born on 11 December 1935 in Stuttgart. He died on 5 April 2012, aged 76. He will be buried in the family grave at Schüttgut in Zell am See, attended by his immediate family. An official funeral service will be held in Stuttgart at a later date.