IT WAS never going to be easy responding to Ford’s mighty Mustang, but Chevrolet’s Camaro of 1967 had done a good job. By 1969, helped by its SCCA Trans-Am racing successes, Camaro was getting a lasso around the runaway Ford, selling 243,000 to Mustang’s 300,000.

Chevrolet had a dramatically styled successor waiting in the wings.

The new-for-1970, second-generation Camaro carried over the same F-body platform, but the stylists had taken cues from Ferrari (and perhaps Jaguar’s XJ) and penned a front end with raised pontoons and a gaping, egg-crate grille. A fastback coupe body – there was no convertible – with circular tail-lights helped the Maranello mirage. But the panels proved to be a nightmare for the toolmakers at GM’s Fisher Body division, splitting and wrinkling in the draw dies.

New tooling delayed the car’s production by four months. Its introduction in February 1970 led many punters to refer to this generation as the ‘1970½’.

Even in the face of Ford’s newly muscled-up Mustang range, the ’70 Camaro earned rave reviews. The Euro-coupe styling could be enhanced with a Rally Sport trim option (Z22). This, in turn, could be stacked with Super Sport (Z27), bringing better tyres and brakes and an invitation to the 6.6-litre (‘396’, though actually 402 cubic inches) big-block V8. For the king of Camaros, however, one ticked the box marked Z28. That brought a Corvette-derived 350 LT-1 engine producing 269kW (versus the RS 350’s 224kW) and much tougher internals. The Z28 was an homologation special, designed to extend GM’s two-year reign in the Trans-Am and take advantage of new regs that allowed de-stroking larger engines to the 5.0-litre (305ci) race limit. The toughness through the Z28’s driveline, suspension and brakes made it an instant street/strip/circuit classic. But the pony-car market was galloping towards a ravine.

Many regard the 1970 Z28 as the high point for Camaro. The high-compression heads and 12-bolt rear-end were only used in this model year. Tightening emissions regs soon prompted GM to lower compression ratios; the ’71 Z28 would drop 22kW. 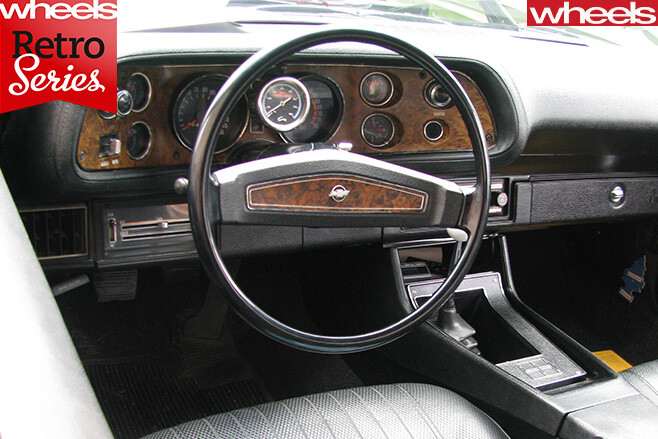 The second-generation Camaro was built on the previous F-body wheelbase, albeit with a longer, lower body and wider tracks. In Z28, the double A-arm front and solid-axle, leaf-sprung rear suspension copped the F-41 pack with extra rear leafs and thicker anti-roll bars, 11-inch front discs and 9.5-inch rear drums, and optional Positraction LSD.

1970 Trans-Am season was a ripper. Despite the efforts of Jim Hall and Vic Elford, Chevrolet finished behind AMC and dominant Ford 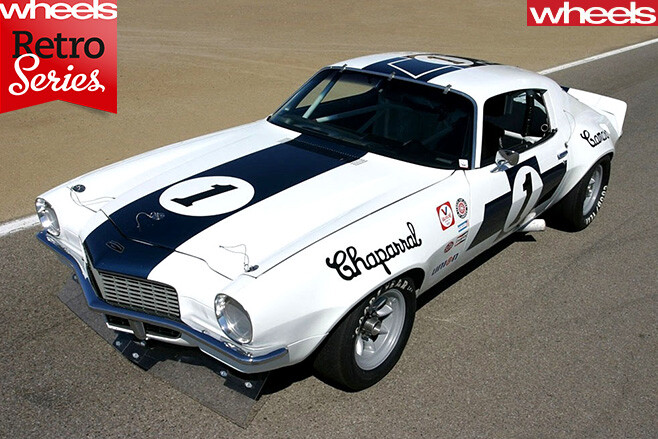 After the high of the 1970 Z28, the Camaro’s horsepower also knew how the captain of the Titanic felt… The Camaro was only offered as a coupe. The Hurst ‘Sunshine Special’ was one of three ’70 Z28s built by the famed race-shifter supplier with an experimental sunroof. 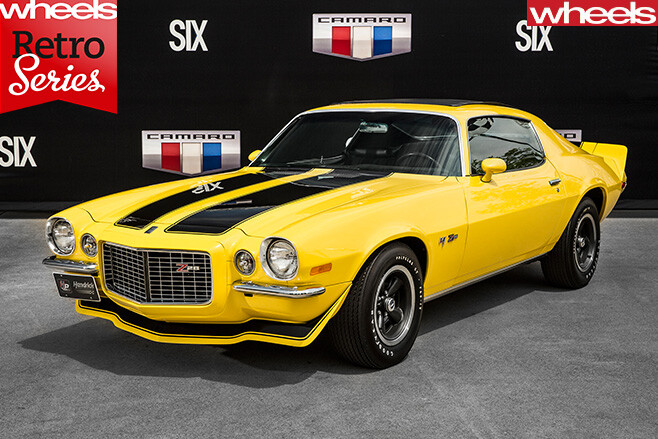