Necessity was the mother of Ford’s invention, and a nice little earner.

THE Ford Falcon XA-XC hardtop looms deservedly large in the histories of Ford and Australia. It’s interesting to reflect now, while we’re wringing hands over Australia’s supposed inability to viably produce mainstream fleet-fodder sedans, that the Falcon hardtop is evidence of an era when Australia’s ‘big three’ were all building those, and niche performance coupes as well.

It helped that Ford’s XA-XC Falcon series, with unprecedented local engineering and design (due to Dearborn’s axing of the US Falcon in 1968), was also the most successful Australian Falcon yet. They could therefore prop up the hardtops that, other than as a performance flagship, were a marginal business case.

Despite new ADR27a emissions requirements, the ’76 XC series continued its sales march. But the shock news was there would be no heir to the Ford Falcon GT; the 351 V8 engine would (optionally) crown the more soft-handed Falcon GS hardtop and Fairmont GXL sedan. Allan Moffat’s legendary 1977 Bathurst 1-2 finish in ‘GS500’ hardtops did little to tickle the two-door’s sales. As the XC began to wind down in 1978, awaiting the new-generation XD – for which there would be no two-door – Ford found itself with 400 hardtop bodyshells going nowhere fast.

In December 1977, Ford had built a batch of 13 ‘Bathurst Evolution’ hardtops, homologation cars for race customers to use in 1978. These provided the seed for a solution. That solution came from none other than Henry II’s son, Edsel, then doing duty at Ford Australia as deputy managing director. Edsel suggested they capitalise on Moffat’s ’77 Bathurst success, and evoke bygone Shelby Mustangs, with a limited-edition ‘Cobra’ hardtop.

Of the remaining 370 standard Cobras, 170 were equipped with the 351 (5.8-litre) and the next 200 with the 302 (4.9-litre). All featured “nostril” bonnet scoops and spoilers, Globe Bathurst alloy wheels, four-wheel discs and an LSD. All carried special glovebox numbering. 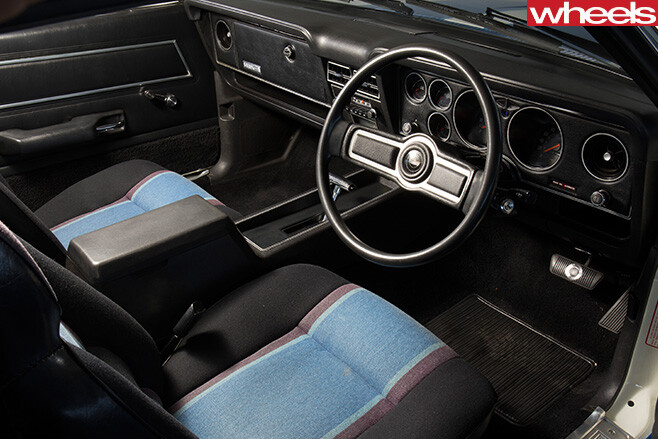 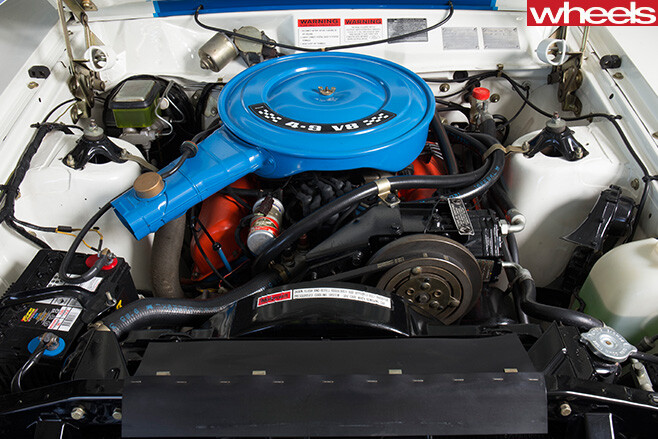 Where two-door XAs and XBs had carried a price premium over the four-door sedans, the sales-cratering XC hardtops were cheaper. 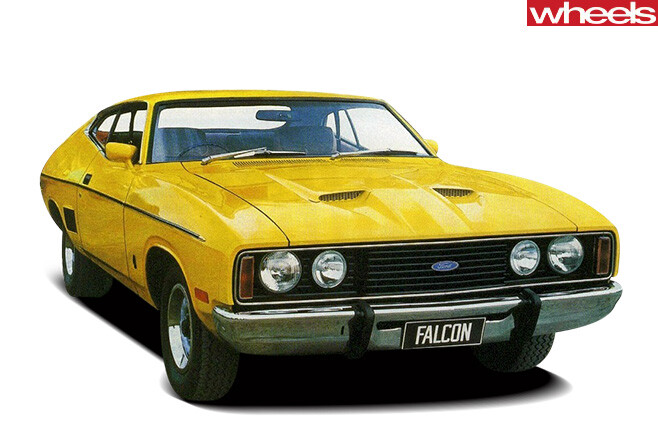 The XC½ Falcon, introduced in April 1978, was the first Australian-made Ford to wear the famous Blue Oval badge in its grille.

Painting a snake ain’t easy; the Cobras were produced in blue, then masked and the Sno White painted over in several layers.