It took Lamborghini 17 years to reprise the legendary Countach

It took Lamborghini 17 years to reprise the legendary Countach.

IN 1973 Lamborghini’s Countach sliced up our expectations of a supercar. The V12-engined wedge, in production for 17 years, was always going to be a hard act to follow. And to sit in. And to see out of. And to actually drive or park.

Lamborghini naturally turned to the same designer, Marcello Gandini, for its successor. The process of developing Project 132, the highly anticipated replacement, began in 1985, when the company was under the ownership of French sugar barons Jean-Claude and Patrick Mimran. 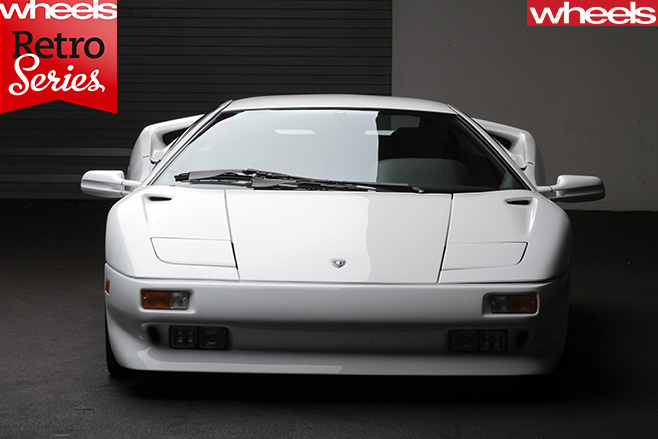 In 1987, however, the Mimran brothers sold the company to Chrysler, run by turnaround king Lee Iacocca. Chrysler baulked at the P132’s exaggeratedly angular lines and had its own Detroit studio repeatedly refine the design. The resultant development delay begat the 1988 stop-gap Countach 25th Anniversary – styled, incidentally, by Horacio Pagani.

Finally, the P132, dubbed Diablo – named after yet another famed Spanish bull, but also meaning ‘devils’ in Spanish – was released in 1990. Judge Chrysler’s efforts for yourself; Gandini’s original shape appeared the following year, in the short-lived Cizeta-Moroder V16T. 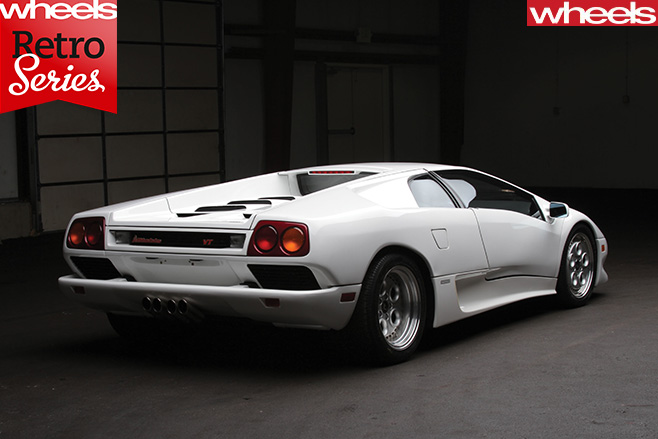 As in its predecessor, Lambo’s already well-established V12 sat longitudinally in the Diablo’s tail. It featured dohc, four-valve heads and port fuel injection, though capacity was now increased to 5.7 litres and the injection system newly developed by Weber-Marelli.

From the outset, one of P132’s primary targets had been a minimum top speed of 315km/h. It was later officially listed at 325km/h. Diablo also brought a good measure of American comfort and visibility. Despite a combination of aluminium and carbonfibre panels, weight increased to 1576kg, some 86kg more than the Countach 25th Anniversary.

Even more sophistication and weight came in 1993, with the Diablo VT (Viscous Traction). This all-wheel-drive version also brought much-desired power steering, a hydraulic clutch and redesigned seating. The VT tipped the scales at some 1700kg. 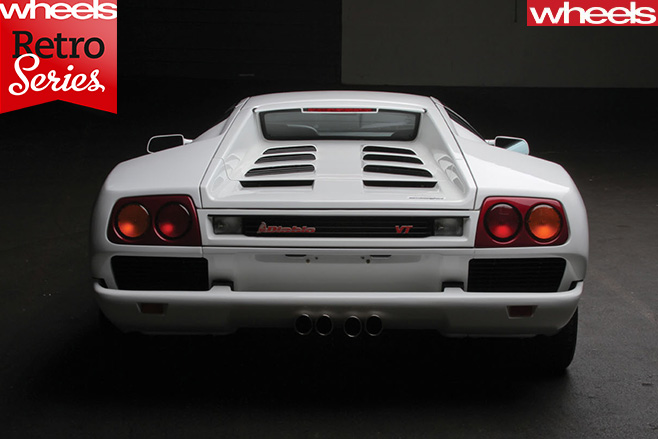 Measured over its 11-year life, the Diablo was entirely successful, with various limited editions, a VT Roadster and an SVR one-make racing series all helping to propel total production to almost 3000 units – 50 percent more than Countach.

Chrysler, however, was far from happy with production pootling at 150-210 cars per year, and annual losses of up to $US20m. In 1993 it offloaded Lamborghini to mysterious Asian investors. Discussions in late 1997 with Audi to use the German company’s 4.2-litre V8 in a longed-for ‘baby Lambo’ model line would change the brand’s history. 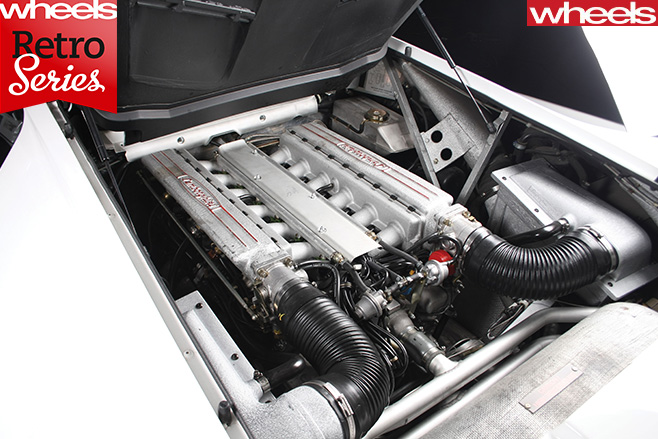 Steel tube spaceframe chassis that underpins Diablo is clad with a mix of aluminium and carbonfibre body panels, the latter including engine cover, bootlid and bumpers. Visibility was much improved by the curved side windows and lower engine lid. The suspension, via double wishbones, featured four-mode, electronically variable dampers. Early, unassisted rack-and-pinion steering was a handful.

Smooth inside and out 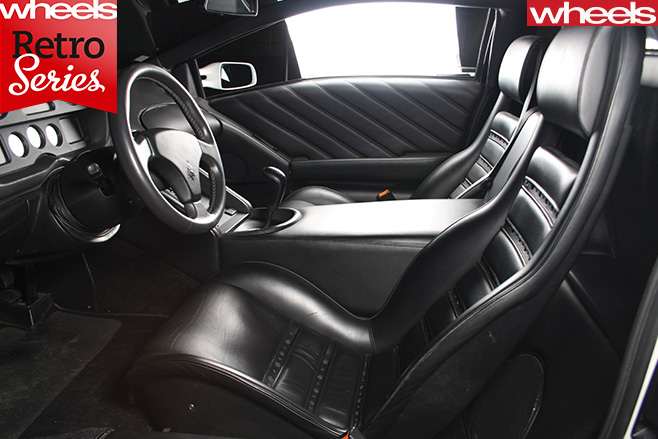 Chrysler’s US design team made the Diablo habitable, with reasonably spacious seats (further improved, and with more headroom, in VT) and driver adjustment, including steering column and binnacle. Cabin entry/egress was also much improved from Countach. Leather, climate control and cassette, or new-fangled CD, all tried to justify the $695,000 Oz sticker in 1991. Ferrari’s 512TR, landing in 1992, cost $225K less. 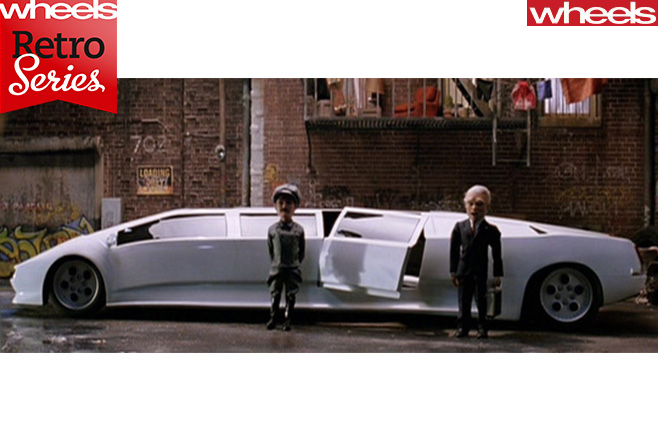 Classiest Diablo cameos? Hard call, between the red coupe in Dumb & Dumber (1994) and the stretch-limo in Team America: World Police (2004)

A 1992 Diablo coupe chassis, completely burned but with possibly salvageable suspension, fetched $US4600 on eBay in December 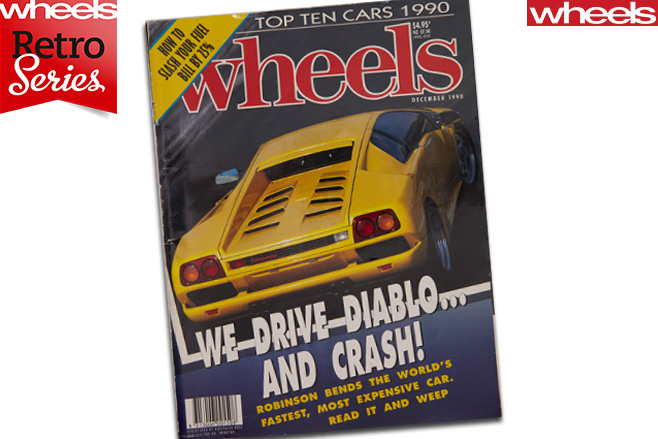 The Diablo seems to be Lamborghini’s third most popular model … for crashing. There are 240 flattened and flambéed examples at wreckedexotics.com. Even our own Peter Robinson famously pranged what was in 1990 the world’s most expensive car... 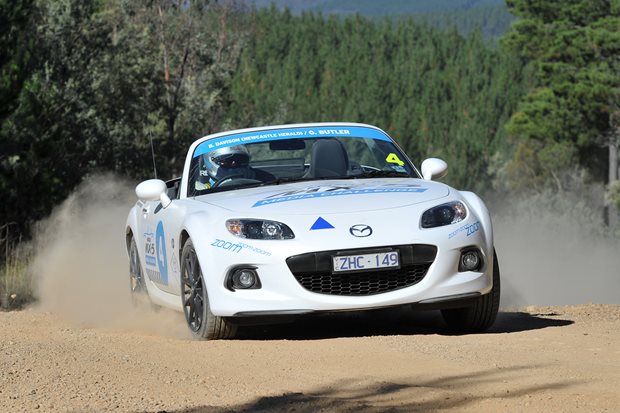 Real drivers do it sideways 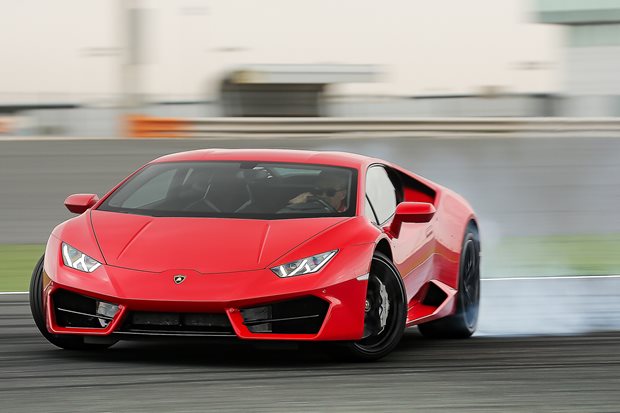 Lamborghini has cheapened its Huracan by chucking out the front prop shaft. It’s not necessarily a bad thing 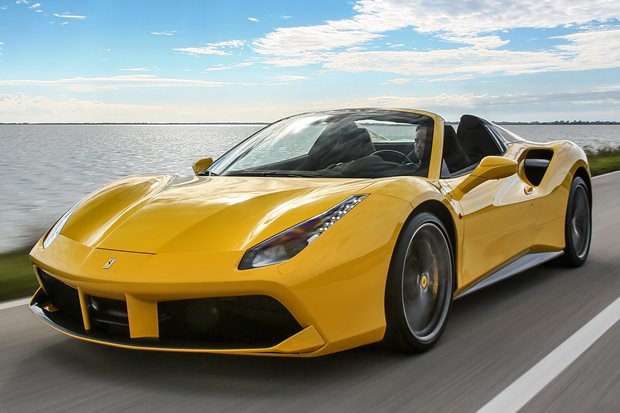 The Ferrari 488 Spider gets all the good stuff from the GTB coupe - including a new turbocharged V8 - but adds a retractable hardtop that stows in 14 seconds. Can it be as good...