I WANTED to be Steve Waugh, and Jon Bon Jovi, and Michael Jordan. To my testosterone-tortured teenage brain, these seemed like lofty but achievable goals, along with bedding Madonna and Samantha Fox, who stared down at me, slightly Blu Tack-stained, from my bedroom walls.

But even that brain wasn’t stupid enough to think the Lamborghini Countach parked next to Madonna’s then chunky physique above me was a realistic goal.

Fast forward a disturbing number of decades and the teenager who still lives in the sillier sections of my psyche is jumping for joy. A Countach, the 5000QV version no less, is parked in front of me and its owner is actually going to let me drive it. Never meet your heroes, they say, and it’s true. I met Steve Waugh once and I’m pretty sure he found the experience unsatisfactory, particularly when I tried to kiss his feet.

I feel perilously close to making a dick of myself again by kissing the stunning looking vision before me, which has somehow driven through a worm hole from the 1980s. The naked woman on the bonnet appears to have fallen off, which is just as well because she wouldn’t have aged quite as well.

I can’t bring myself to drive it just yet, because I’m scared. Not just of damaging this unfeasibly immaculate and still wondrous looking icon on wheels, but of tarnishing a fantasy held for so long. My colleagues hadn’t helped, with everyone who had previously tackled this poster car describing it as disappointing, or even “genuinely shit”.

But who really cares, I say, as long as you can see your reflection in plate-glass windows, and the delighted eyes of passers-by.

Finally, swallowing fear, I roll cautiously out onto the Broadford track, and I’m immediately assaulted by contrasting feelings. Most overpowering of all is the pure joy of actually doing this, driving a Lamborghini Countach, hearing the clanging, blacksmith’s bellows coming from behind me, and the clashing-swords sound of each clunking shift through the gormless gated manual gearbox.

It’s shockingly physical. Everything is strenuous: the arm-straining heaviness of the steering, the absurdity of the clutch, and the terrifying travel of the brake pedal, which seems to be only a millimetre from the throttle, which itself is about as delicate an instrument as a kick drum.

Driving it smoothly is fiendishly difficult; driving it in traffic would be a hateful exercise.
But my complaints are drowned out by a strange sound, a high-pitched, pre-voice-breaking “Yippee” that seems to explode out of my throat from my very soul.

This is what I wanted, what I imagined; a hairy-handed supercar that takes every ounce of physical and mental effort to tame. A muscle car that’s genuinely muscular. I drive it like it might bite me – as I know it can, with no ABS and not even an inkling of the invention of stability control – for some time before the tiny teenager gets the better of me and I mash that weird, heavy accelerator to the floor.

The 339kW/500Nm V12 engine howls almost loud enough to drown out my cackling laughter, the ancient-looking speedo spins to 180km/h down the back straight and I scare myself witless under braking, yet somehow survive, smiling like a loon.

The rational, scientific part of my brain agrees with my learned friends; by any modern notion, driving this throwback from 1986 is like wrestling a giant white turd. And yet I love it, dearly and deeply.

Driving the Countach is one of those things I never, even in my most fevered teen imaginings, thought would happen. But sometimes dreams do come true, and reality can be as good as fantasy. I can honestly say both I, and my teen self, feel truly blessed.

MY FIRST question to Countach owner Domenic Quattrocchi is the obvious one: “So, ever had a naked woman lie on it?”

“Nah, sadly not, but I hear my mechanic did, and he didn’t even invite me to watch, the bastard,” he laughs. Quattrochi, whose name suggests he was destined to own this Quattrovalvole version of the Countach, owns six Lamborghinis, an indulgence he insists is the fault of his wife, Marcela, who twisted his arm to buy this one.

“Marcela is the driving force behind this; before she met me she didn’t know what a Lamborghini was, but now she loves them so much she’s the editor of the Lamborghini club magazine, despite not even having a driver’s licence.

“My first Lambo was a V8 Urraco, and then I bought a few more, and an Espada, but Marcela talked me into getting this one, and I wasn’t sure. It took me a while to bond with it. It’s very intimidating at first, but now I love it. It’s a joy every time I drive it and it never fails to draw a crowd, it’s like being a rock star being out in it. And just look at it. It’s a work of art.”

Quattrochi, who runs an obviously very successful transport company, says he avoids driving the Countach in traffic, or when it rains, because it’s too scary. Most of the time he gets around in a Honda Civic.

“I prefer to keep my private life separate from my work. I’m not a show off and I get a bit embarrassed. There are family members who don’t even know I’ve got this and if I took it to work, everyone would say ‘give us a pay rise’,” he laughs. 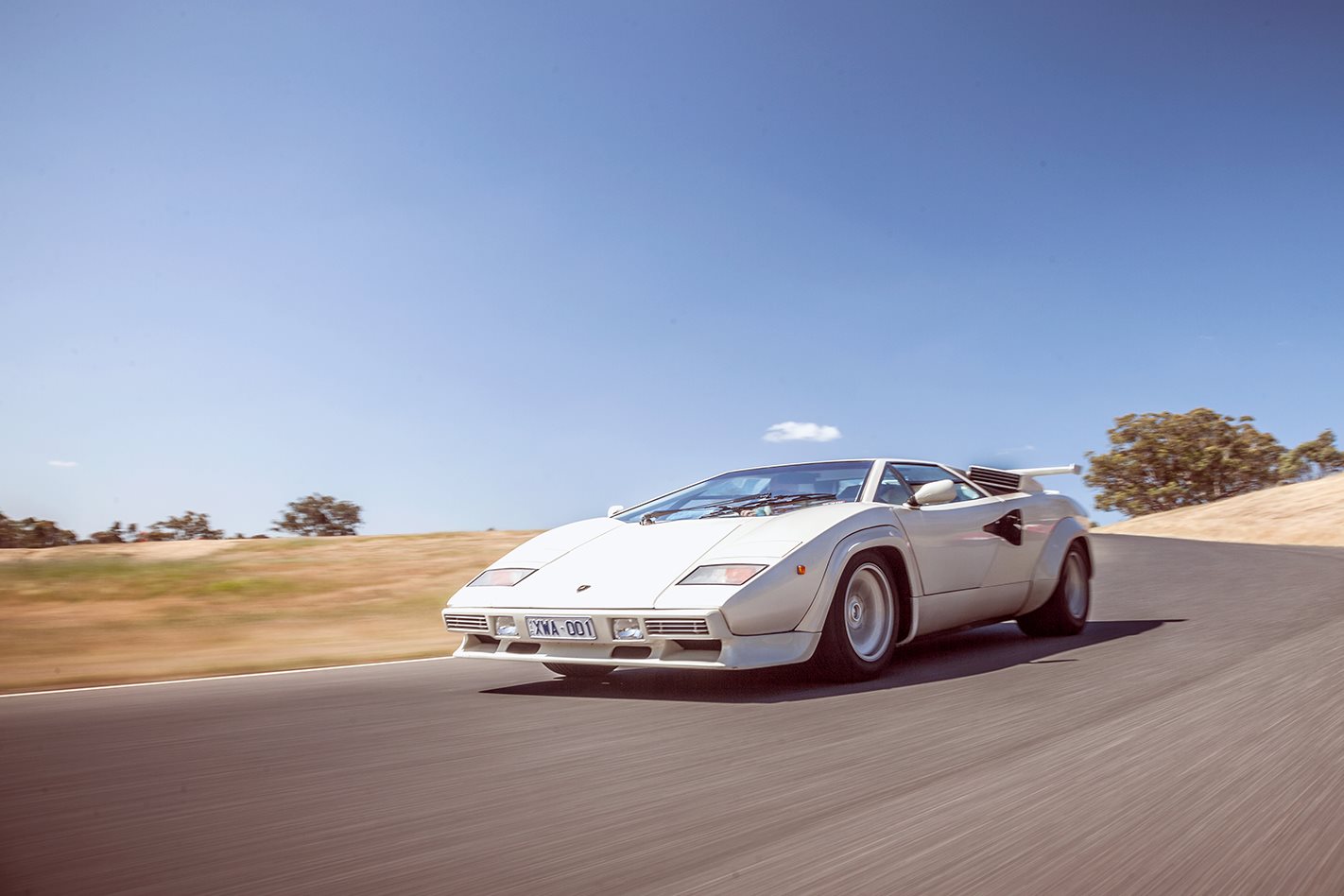 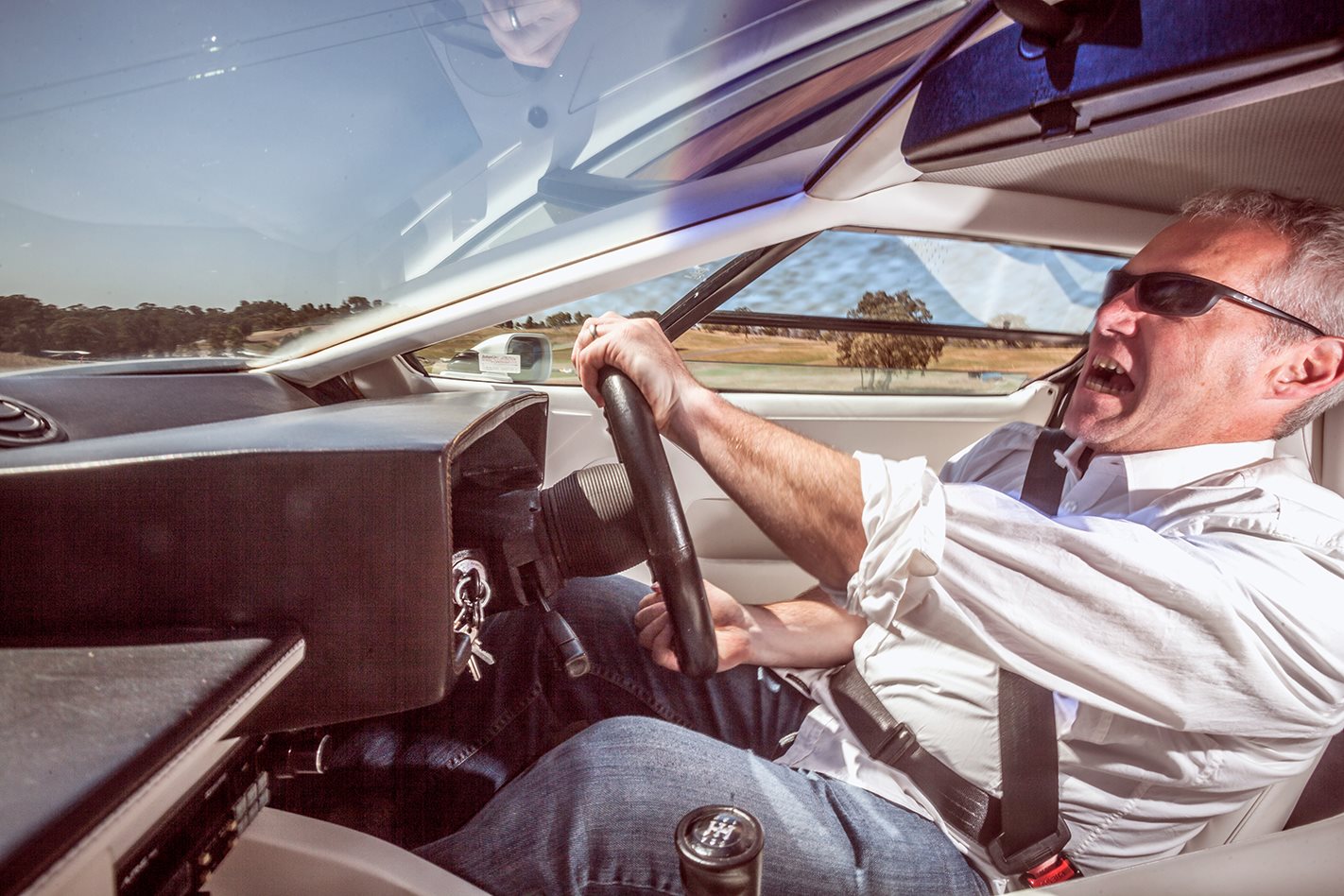 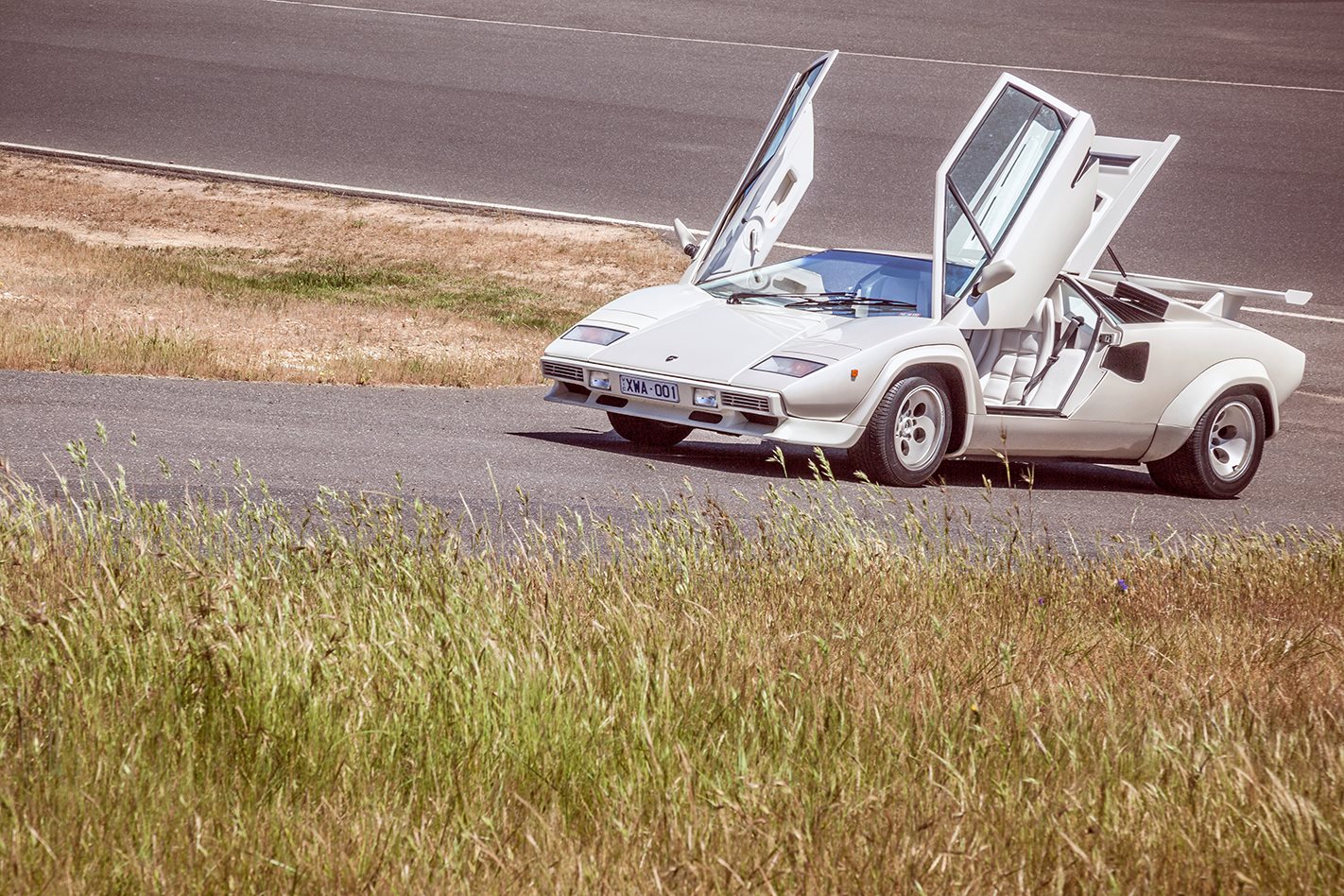 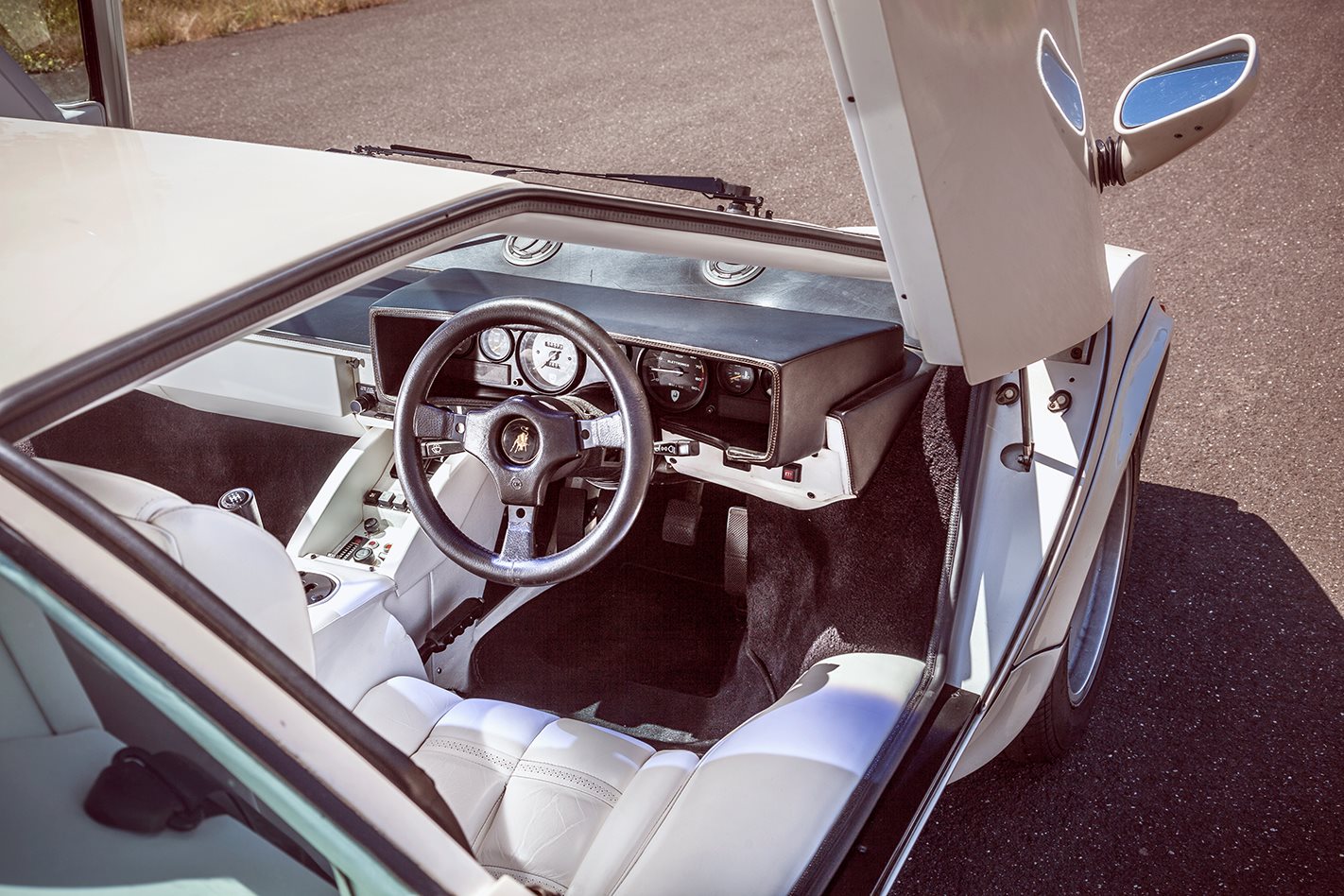 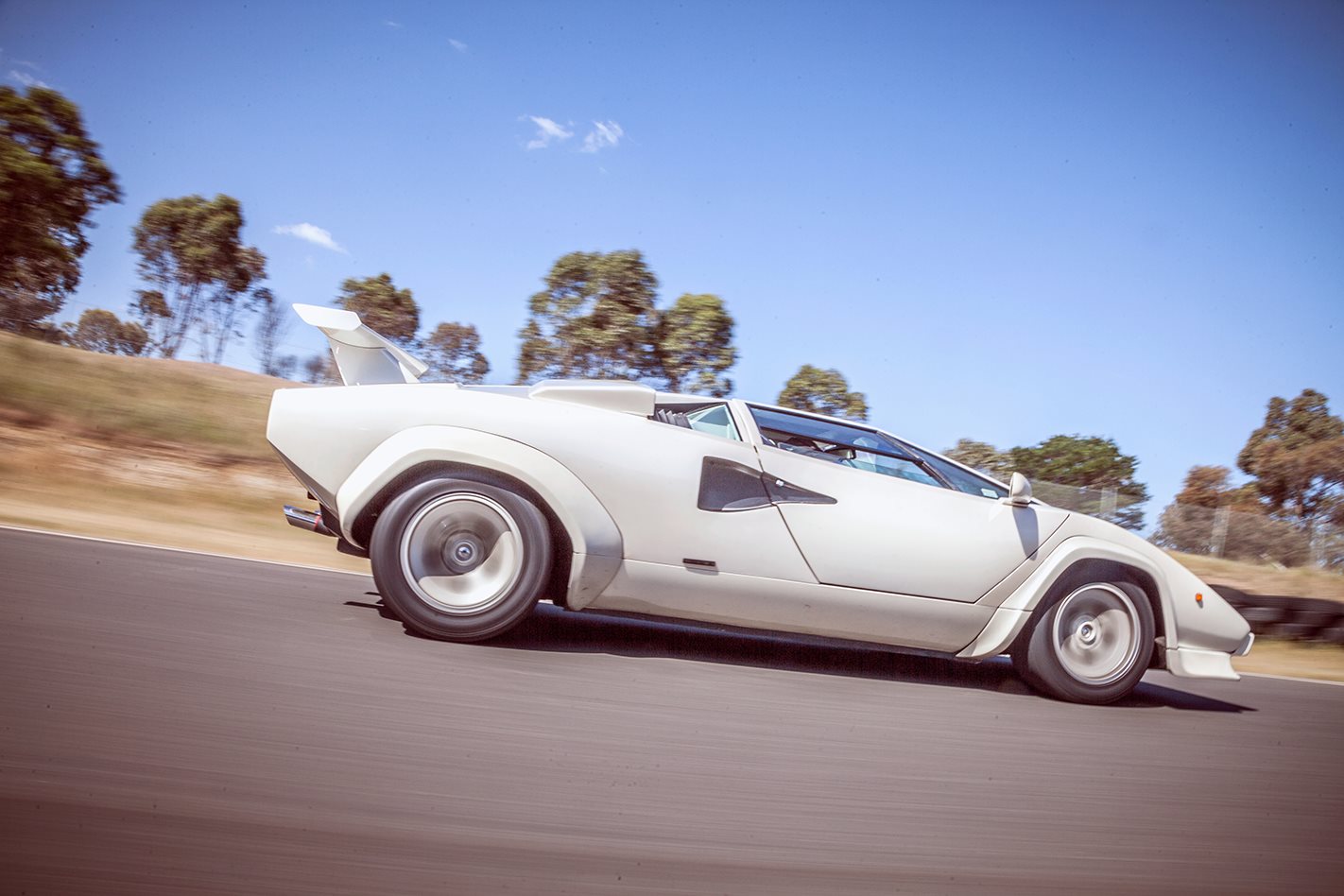 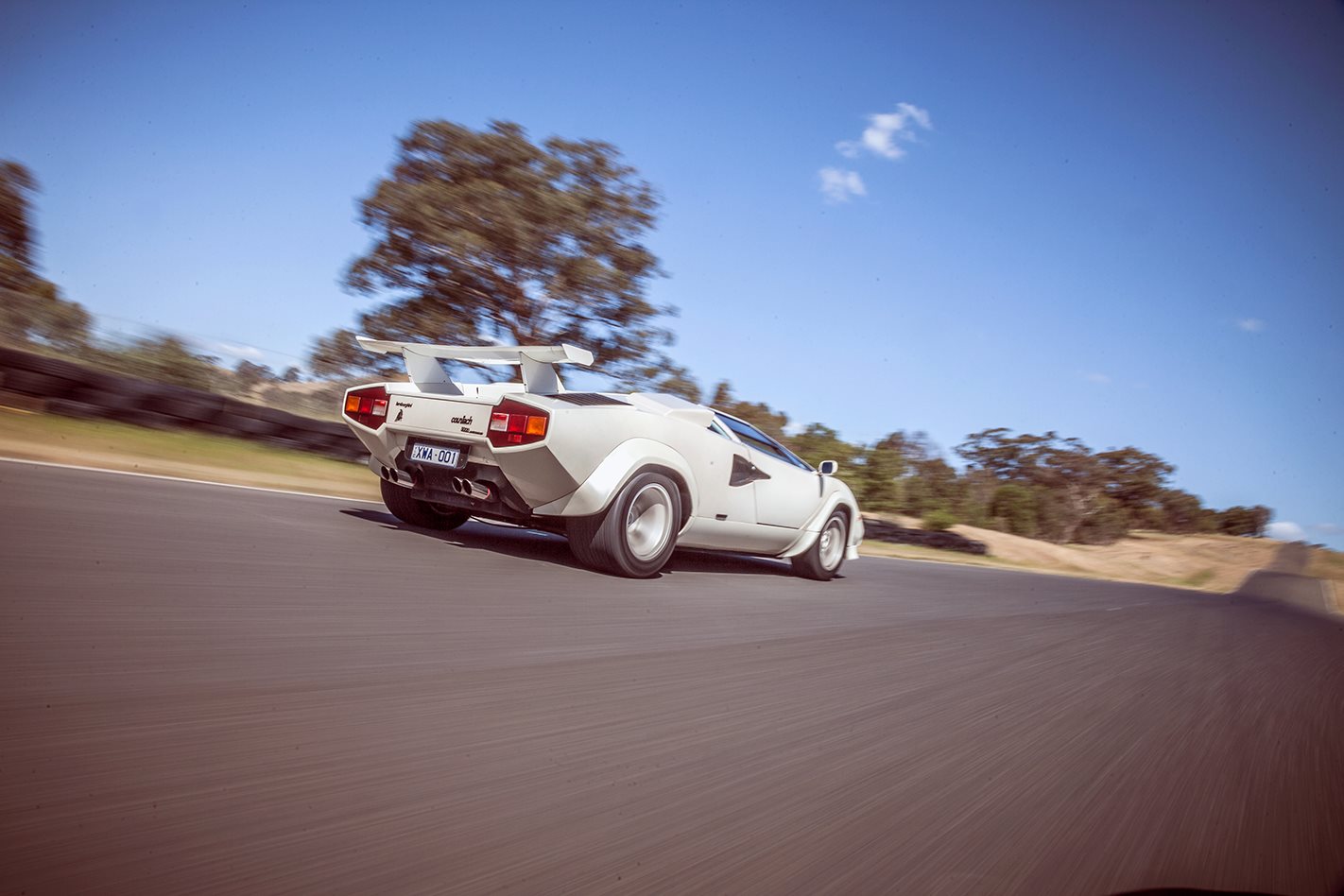