Enzo's first-born was the inspiration behind Ferrari's agile, mid-engined gem

ON 19 January 1932, in a hospital in Modena, Italy, a 33-year-old Italian racing driver became a father for the first time.

The birth of Alfredo Ferrari, later to be nicknamed ‘Alfredino’ (little Alfred), would be the catalyst for Enzo Ferrari to hang up his driving gloves and focus on managing the Alfa Romeo grand prix team.

In 1947, as we all know, he began making cars under his own name. Enzo’s business was good enough for young ’Dino to study mechanical engineering in Switzerland. 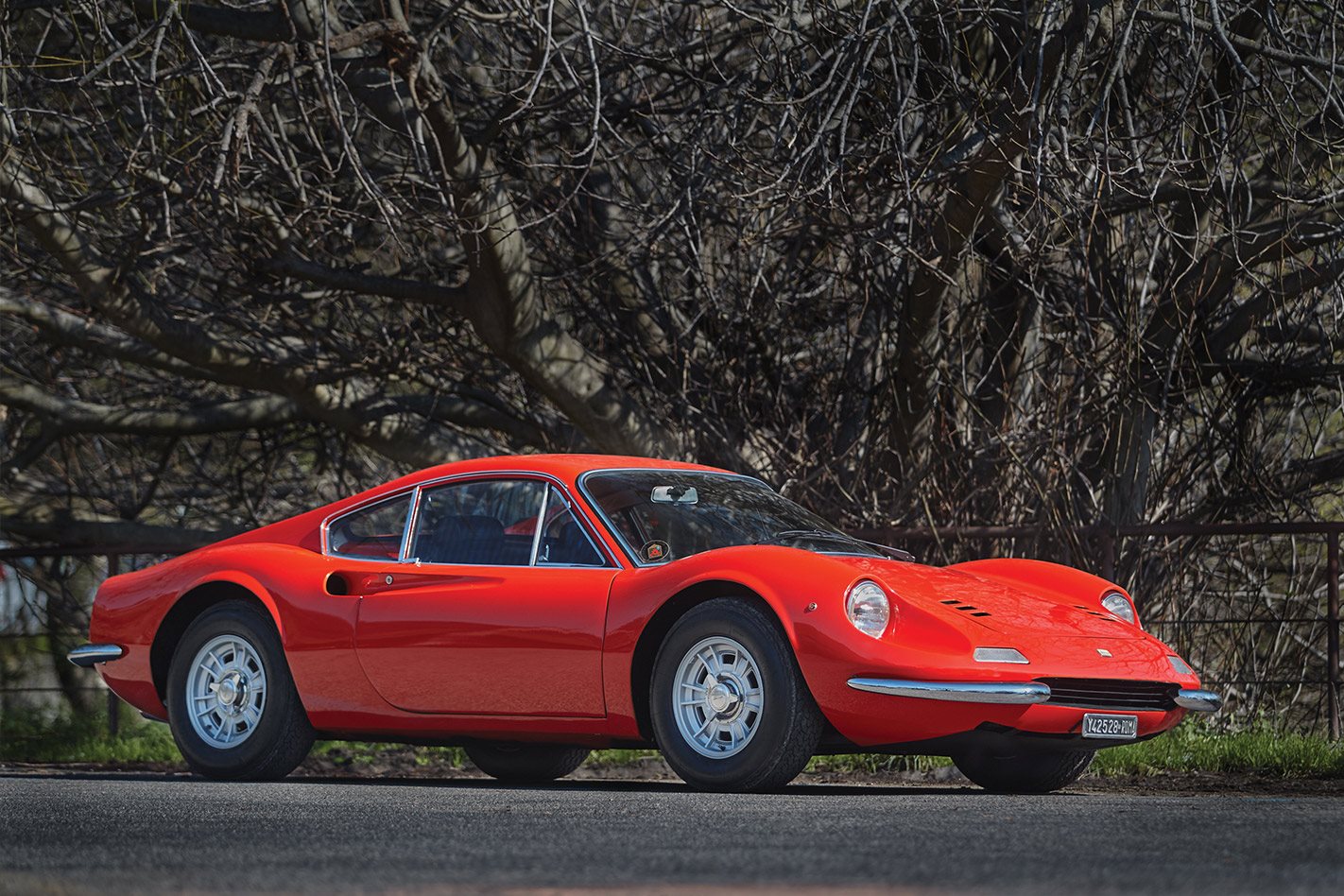 However, after only two years an elusive illness forced him to cut short his studies and return to Modena. There, he joined his father’s company and was involved in the design of the four-cylinder 750 Monza of 1954.

Designed by Vittorio Jano, it was introduced in 1957 and would spawn the ‘Dino’ engine series of dohc, 65-degree V6s for race and road applications.

Dino himself did not live to see it: diagnosed with Duchenne muscular dystrophy, he died from related kidney disease in 1956, aged just 24.

A decade later, Enzo Ferrari was in talks with Fiat about buying his company; his racing efforts were focused on its Le Mans battles with spurned suitor Ford; and on the road, waiting lists for Porsche’s new 911 told of a lucrative, six-cylinder sub-supercar market. 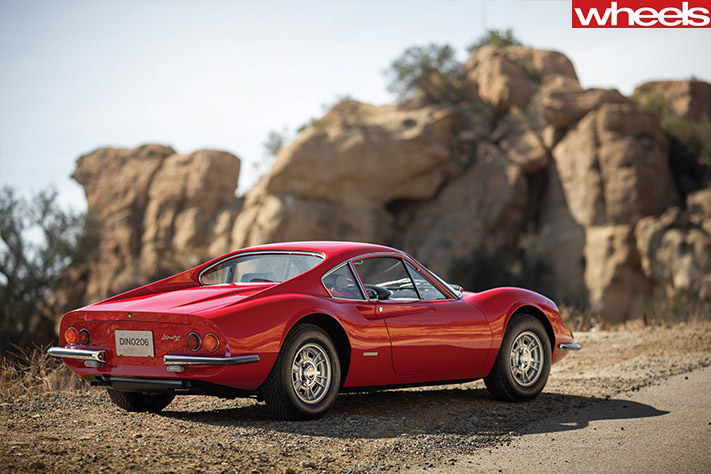 Under the sub-brand Dino – there was no exterior Ferrari badge on the car – Ferrari launched the Dino 206 GT in 1968, powered by a 120kW, 2.0-litre alloy-block engine – mid-mounted, another first for a road-going Ferrari – and clothed in an aluminium body.

And oh, what a body: designed by Pininfarina, the Dino is still hailed as one of the most beautiful cars of all time. If the Dino’s beauty and handling raised the bar for Ferrari, its performance did not.

And so in 1969 came the 2.4-litre 246 GT, bringing 145kW and a significant increase in torque. The Dino’s price was comparable with the Porsche 911S, which looked dull alongside it.

Production of the Dino 246 ended in July 1974. Its replacement, the 308, arrived just over a year later – opening a chapter of mid-engined V8s that continues to this day. 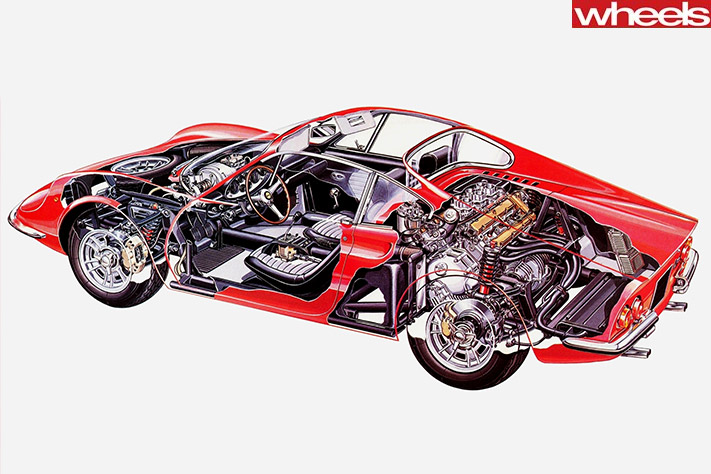 The Dino wasn’t just gorgeous – it was agile and sophisticated. Built on a spaceframe of round and square steel tube, it was not only Ferrari’s first mid-engined road model, but the first to feature double-wishbone suspension front and rear. 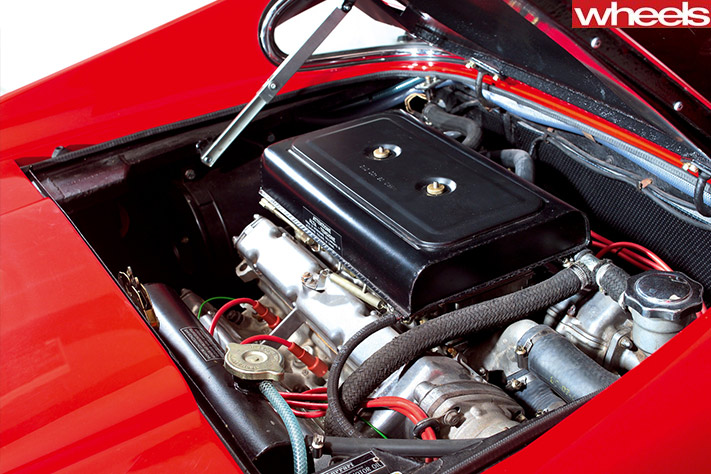 The 65-degree, quad-cam Dino V6 engine switched from 1987cc with alloy block, to an iron-block 2417cc. Fiat produced both and shared them with the front-engined Fiat Dino coupe/spider, to help Ferrari meet F2 homologation. 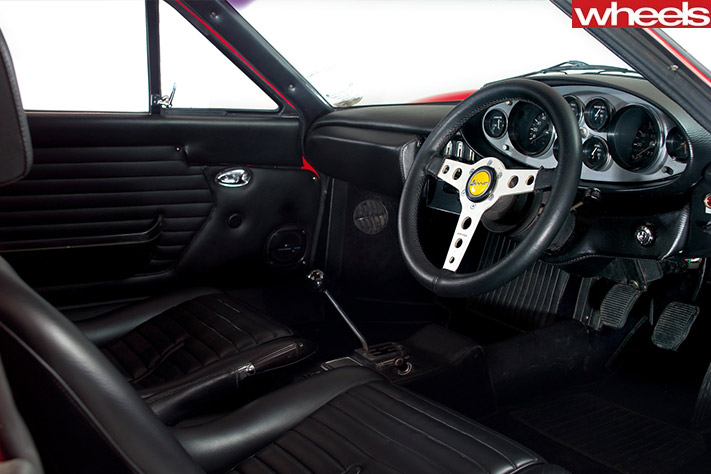 Dino drivers might have felt six cylinders short, but they didn’t sacrifice style within the unusually spacious, two-seat cockpit.

From the hammock-like, vented leather seat, the driver grasps an unmistakably Italian three-spoke wheel ahead of a gorgeous suede-covered dash with its cluster of Veglia (aka “vague liar”) gauges.

To hand is the signature, open-gated five-speed gearshift. Cockpit ergonomics were praised; not so the noise, heat and heavy gearbox.