LET’S SAY you’re a technology billionaire who’s big in space exploration, satellites and energy, with almost the means – and perhaps the will – to take over the world. You’re looking to buy a car, but heck, you already have your own car company. What to buy?

In 2013, SpaceX/Tesla entrepreneur Elon Musk plonked down £612,000 ($1.05m) to buy ‘Wet Nellie’, the white Lotus Esprit from the 1977 James Bond film The Spy Who Loved Me. It must amuse Musk that this car doesn’t actually have wheels and can only be driven underwater. The Lotus Esprit had its genesis in 1970 as project M70, successor to the mid-engined Lotus Europa (1966-’75). Key goals were to modernise the Europa’s quirky styling and create more occupant space. Giorgetto Giugiaro, who had left Ghia in 1968 to found ItalDesign, was personally commissioned by Lotus’s Colin Chapman. With shades of Giugiaro’s earlier Maserati Bora and concurrent Maserati Boomerang concept, the Esprit prototype was shown at the 1972 Turin motorshow.

Giugiaro’s first design for fibreglass required long production engineering, the process also allowing time for Lotus’s new, all-alloy ‘907’ four-cylinder engine to be developed, and a sufficiently strong transaxle gearbox to be found. The production prototype was completed in December 1974, though it was another 10 months until the public launch at the 1975 Paris Motor Show – and customer deliveries did not begin until mid-1976. 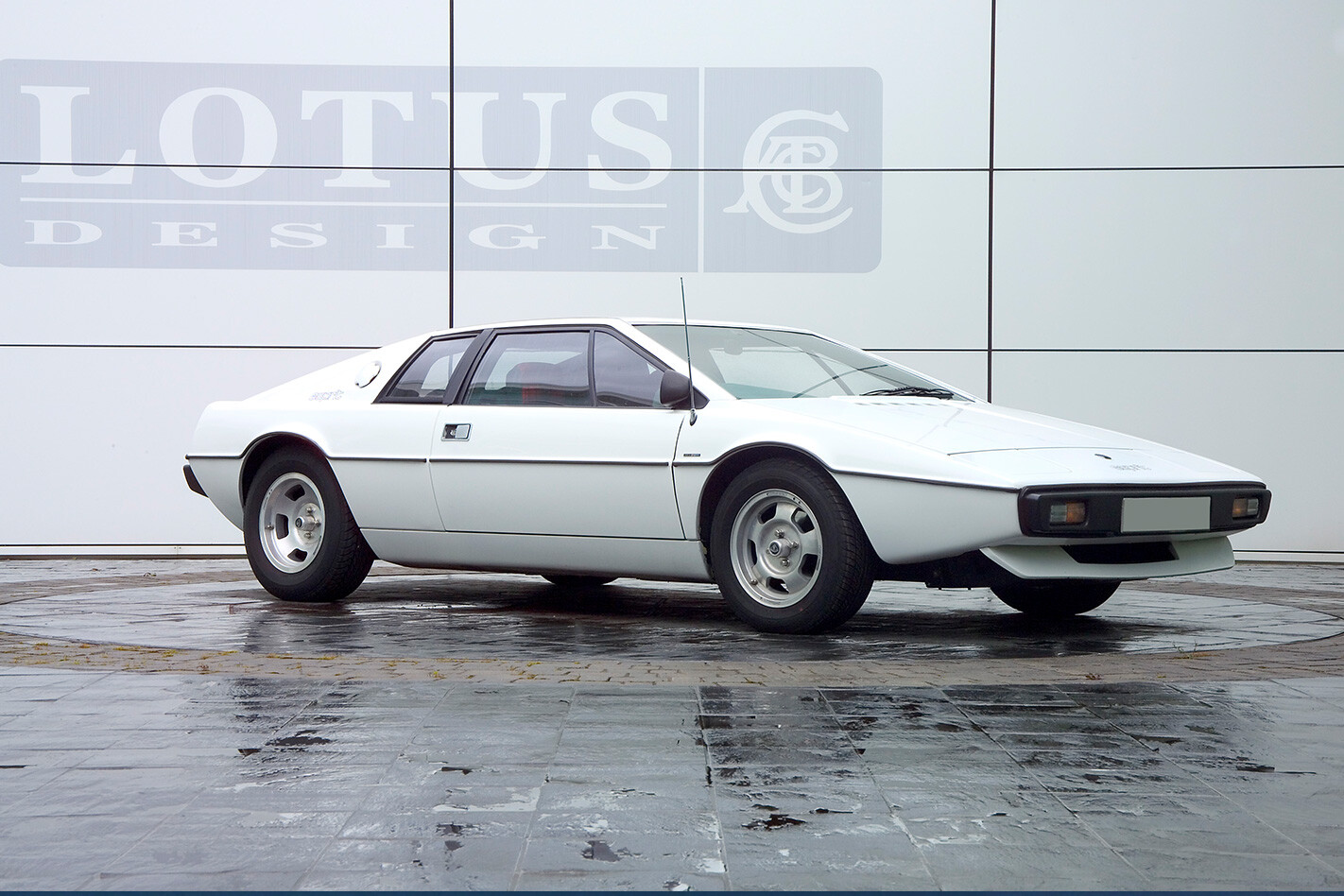 With its light weight (990kg) perfectly distributed, the Esprit was hailed for its handling, but the four-potter’s performance was hollow and the cockpit harsh and noisy. The first customer deliveries in June 1976 were not only eight months late, they were around 35 percent above the launch price quoted in October 1975 – and were often mechanically unreliable. Much of that, however, was forgiven after July 1977, thanks to Bond … James Bond. 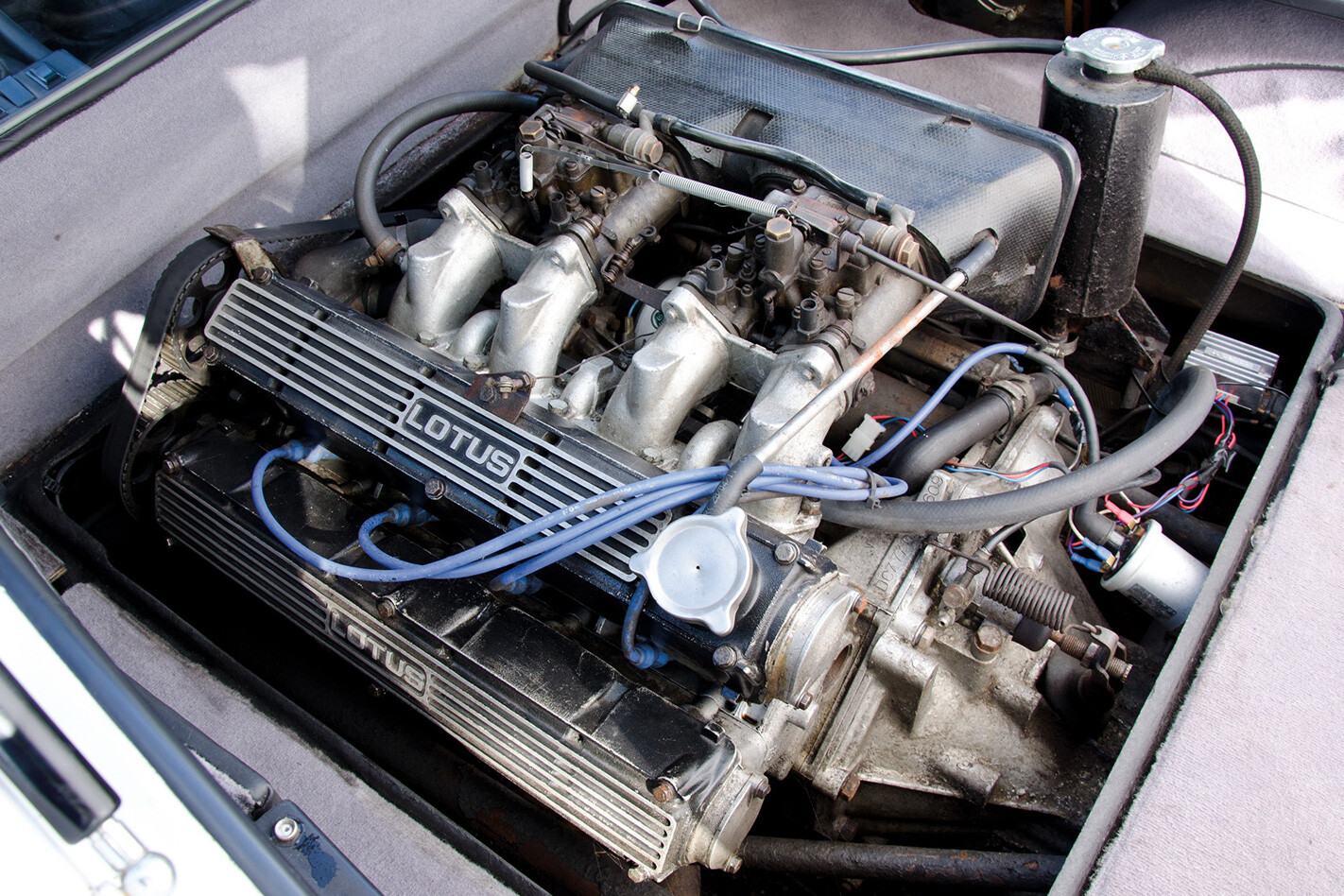 The signature Esprit S1 interior was the green and red tartan from James Bond’s example. S1s eschewed leather for ‘washable’ fabric. Inside was as angular as outside, with a tall and broad centre console ramping up to the dash, a curved ‘three-panel’ binnacle (housing lighting, instrumentation and ventilation controls), and laid-back, one-piece seats that butted against the rear bulkhead, leaving the shallow glovebox as the only interior storage space. Front and rear boot space totalled a meagre 198 litres. In Lotus custom, the Esprit comprised a fibreglass monocoque body on a fabricated steel backbone chassis. It was low, at just 1090mm, and 4190mm long. Front suspension was by double wishbones with coils, rear by trailing arms and lateral links with coils. Sublime steering was by unassisted rack-and-pinion; braking by 246mm front and 270mm (inboard) rear discs, within 14-inch Wolfrace alloy wheels.