ELON MUSK has made good on his pledge to launch his personal first-gen Tesla Roadster into space, with the car sent beyond Earth’s atmosphere atop a SpaceX Falcon Heavy rocket launched from Cape Canaveral this morning.

It’s astonishing what can be achieved when you’re an eccentric billionaire genius with a space fetish. 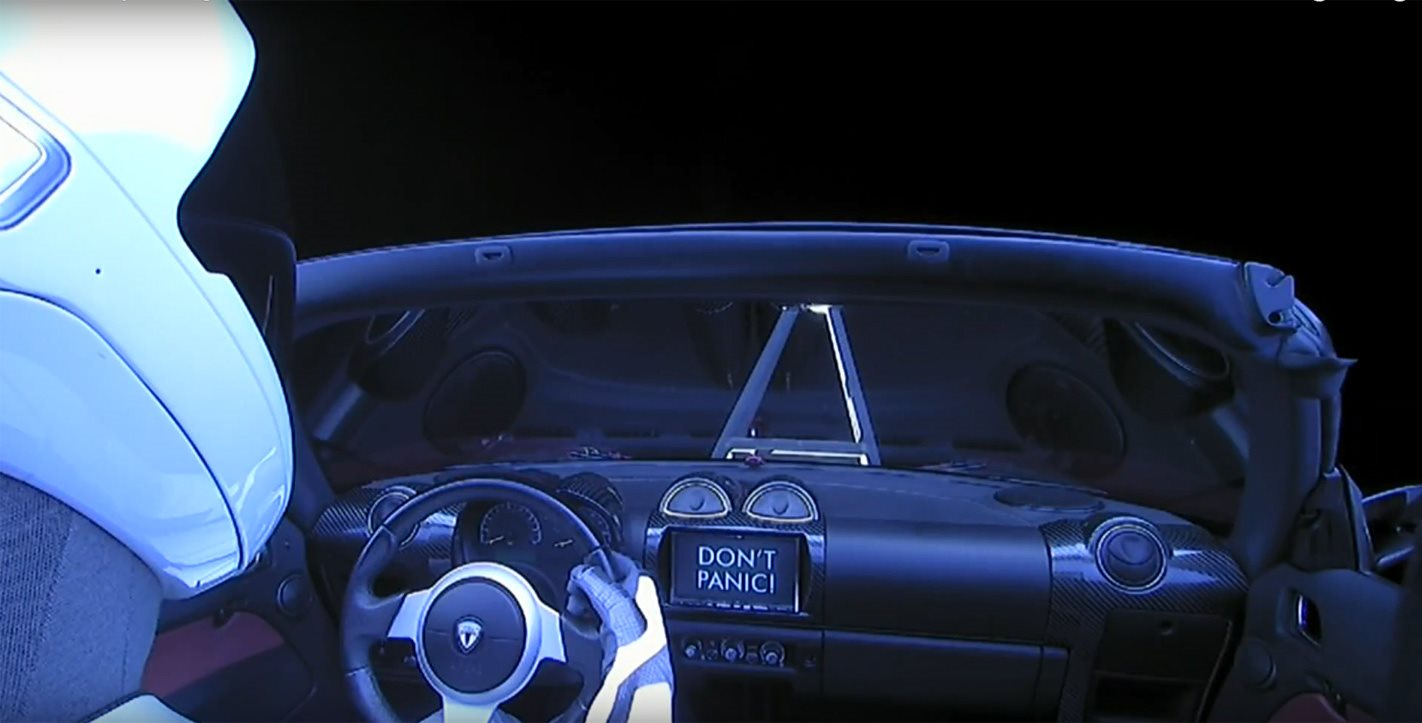 The Roadster, which is currently accelerating away from this planet on a trajectory for “a billion-year elliptic Mars orbit”, wasn’t sent into space as a result of Musk’s penchant for showmanship either.

As this is the Falcon Heavy rocket’s first launch – a test run - the 1.3-tonne electric sports car was selected to simulate a load of cargo. Launching actual multi-million dollar satellites on a test flight is too risky, but Musk declared the usual ballast of steel or concrete blocks to be “too boring” for the Falcon Heavy’s first run. 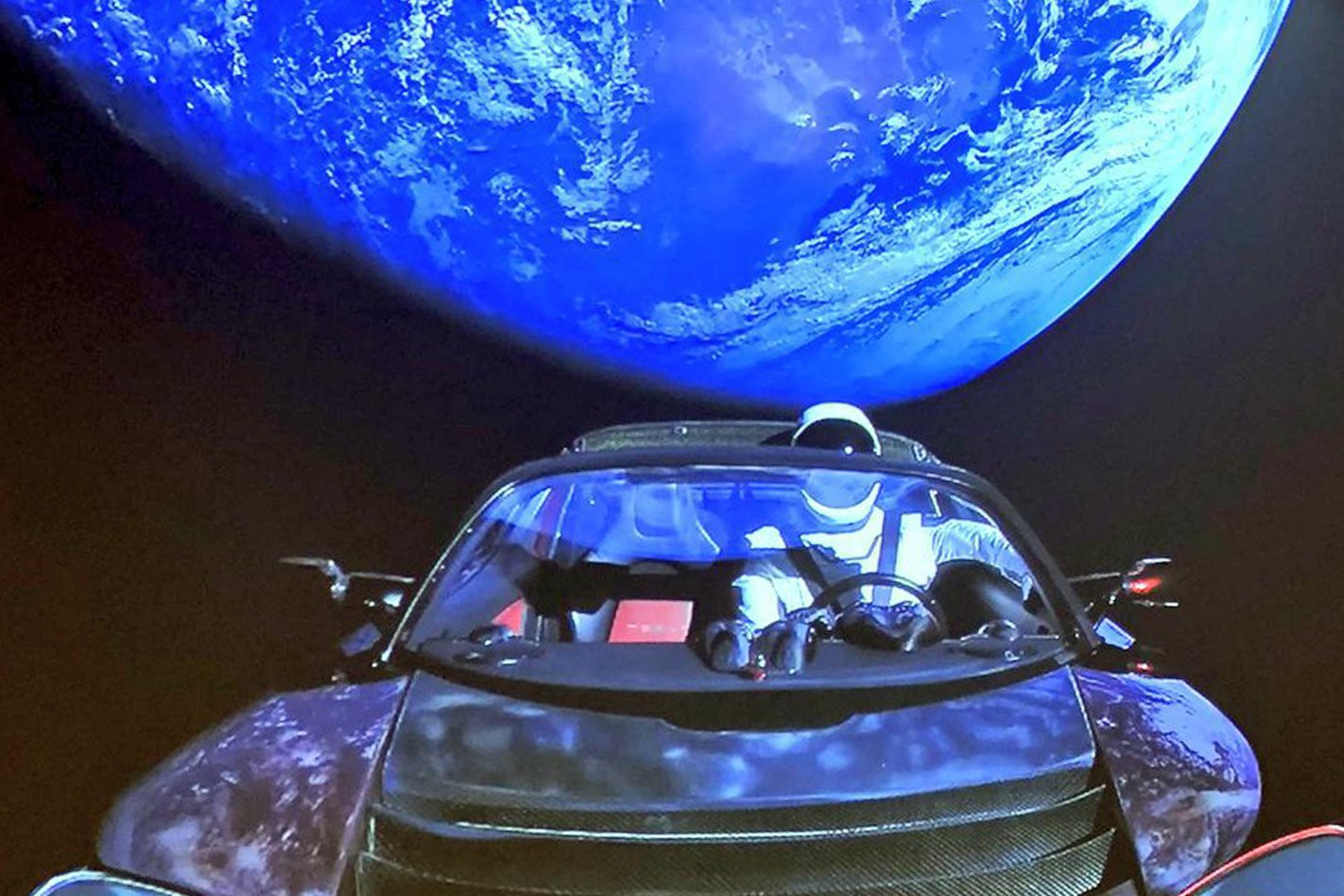 The Falcon Heavy reusable rocket is capable of sending bigger payloads into space than SpaceX’s workhorse Falcon 9 rockets, and though it generates less thrust than the long-retired NASA Space Shuttle, SpaceX describes the Falcon Heavy as being twice as powerful as any other commercial spacecraft currently in use. It’s a central part of SpaceX’s plan for sending humans to Mars.

But Musk’s Roadster isn’t the first car in space, nor the first electric vehicle. Sitting abandoned on the moon’s surface are three NASA lunar rovers, which were used during the Apollo programme in the 1970s and developed jointly by Boeing and General Motors. 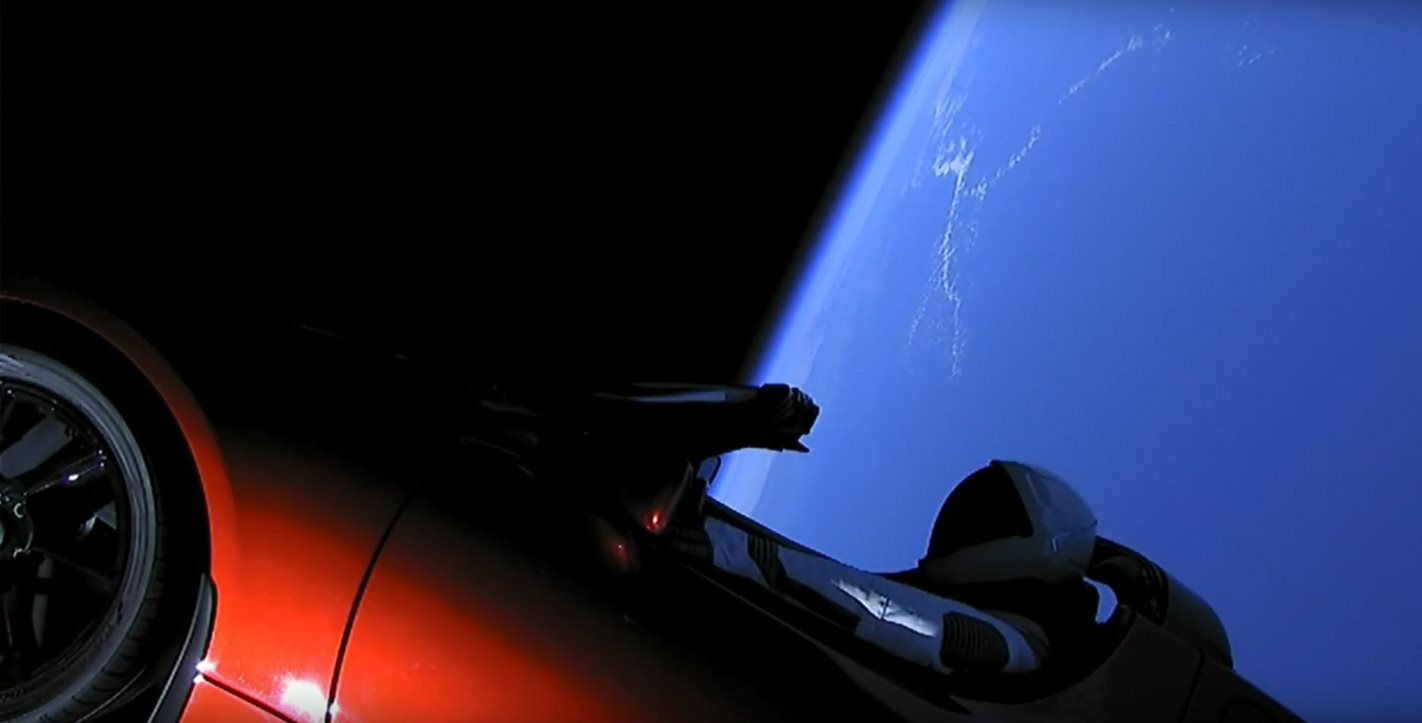 But unlike those rovers, Musk’s Roadster will never be driven off-world. Its orbit will have it cycling between Earth and Mars on a journey that’s expected to last at least millions of years before it either escapes to deep space, or crashes into Mars. At least it’ll be the fastest car in the solar system: Musk says that once in its orbit his former car will be travelling 39,600km/h, or 32 times the speed of sound.