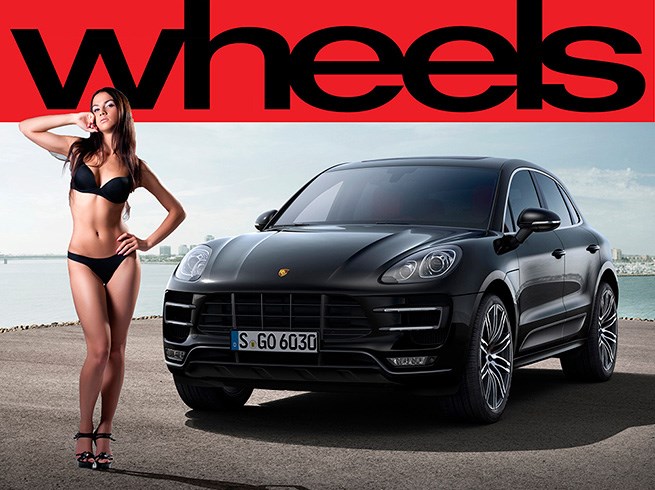 Why Porsche is like a car magazine with naked women

Imagine if Wheels started putting half-naked women on its cover, and spread them liberally throughout the magazine as well, just to sell more copies.

Sure, nubile nymphs aren’t our core business, but it seems to have worked for Game of Thrones and in terms of magazines that young blokes actually ‘read’ these days, if that’s the word for it, Zoo is the best-selling of all. We didn’t want to do this, a secretly slightly delighted Wheels editor would say, but it was necessary to keep the mag alive.

Basically, this is what Porsche’s new Macan is; a naked woman, albeit one that weighs nearly two tonnes.

She’s not the first, of course, because Porsche first went down this dirty back road in 2002 with the Cayenne. The Macan is simply the latest, and cheapest, hussy in the line-up.

Porsche’s core business used to be making and selling – at huge profit – the world’s best sports cars. Once the Macan goes on sale and takes the market by storm, which it undoubtedly will, probably selling about 75,000 units a year, the percentage of cars it sells that are classified as SUVs will be greater than 60 percent.

Porsche will be, if it’s not already, an SUV builder that dabbles in sports cars on the side. Wheels magazine with tits, basically.

The justification I’ve been given over the years by Porsche people is that they had to go down this route, that the company would have folded otherwise, and that some of the huge amounts of money they make from selling Cayennes goes into making the 911 better.

Being a particularly stubborn old prick, even when I was young, I called shenanigans on this and refused to drive a Cayenne for about five years. When I was finally forced to, I had to admit that, in GTS form at least, it’s is an amazing feat of engineering. It would be, because it’s a Porsche, albeit one that shouldn’t exist.

What I don’t buy is that they couldn’t have stayed alive with just 911, Cayman and Boxster, and then grown their market by actually building the cheap Porsche that was mooted, and that they admit has actually been drawn up and is sitting in someone’s bottom drawer somewhere. It was a joint venture with VW; a small, entry-level roadster that would notionally compete with Mazda’s MX-5.

Instead, the first Porsche ever to dip under $100K in this country will be a diesel Macan, at $85K, which goes on sale next month.

I, for one, am not excited about this at all.

Is Porsche simply reflecting market demand and doing what any good company should by returning maximum profits to its shareholders? Yes. But has it lost something by going down this route, something that a company like, say, Lotus has never abandoned?