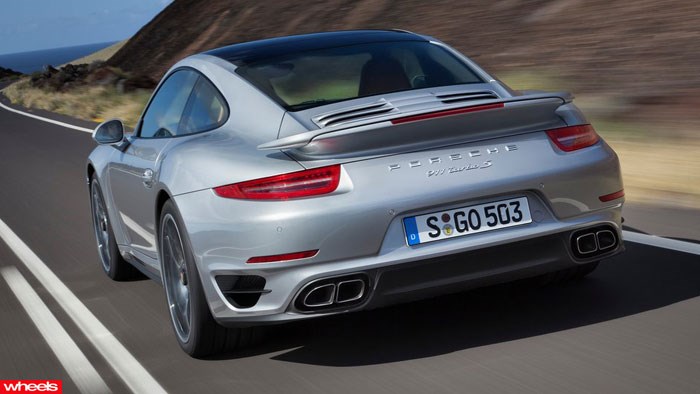 It’s the fastest, most powerful 911 Turbo ever and finally, images and details of the new blown Porsche have been revealed.

It’s the fastest, most powerful 911 Turbo ever and finally, images and details of the new blown Porsche have been revealed.

3) Bigger everything!Turbo models have used the Carrera 4’s wide body in the past, but this time, the Turbo is even fatter. The new car is 28mm wider and 100mm longer than the previous 997 Turbo, making it the widest 911 in the range. Its wheels are bigger too, with the 991 variant now riding on 20inch rims.

4) Fastest ever: Not only will it accelerate from 0-100km/h in 3.1 seconds (0.2 quicker than the old car) but the 991 Turbo S has lapped the Nurburgring in under 7:30 – more than nine seconds quicker than the outgoing model.

5) It has active aero: A three-stage retractable front splitter adjusts the car’s aero on the move, reducing the Turbo’s tendency to raise its nose at high speed.

7) Boo! No manual:Again, like the GT3, the Turbo won’t be offered with a manual option – a move sure to disappoint traditionalists.

8) Lid accessories: Want to personalise your Turbo? Its roof can be painted, made of glass or made of carbonfibre. 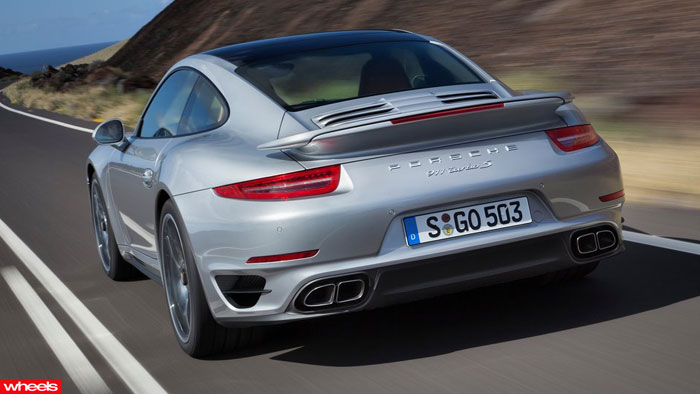 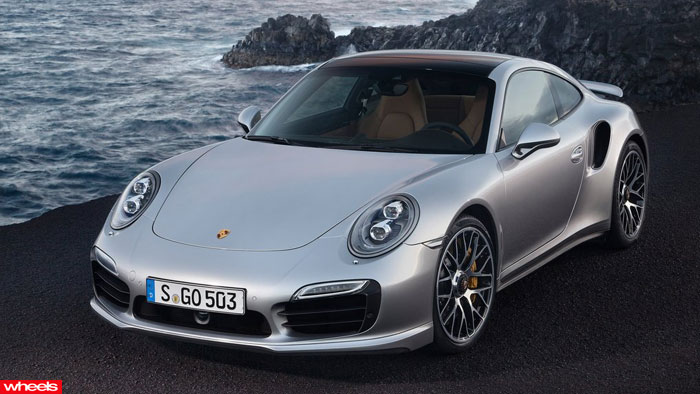 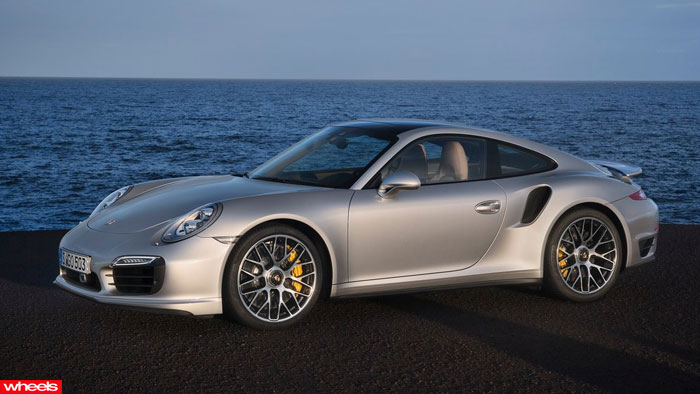 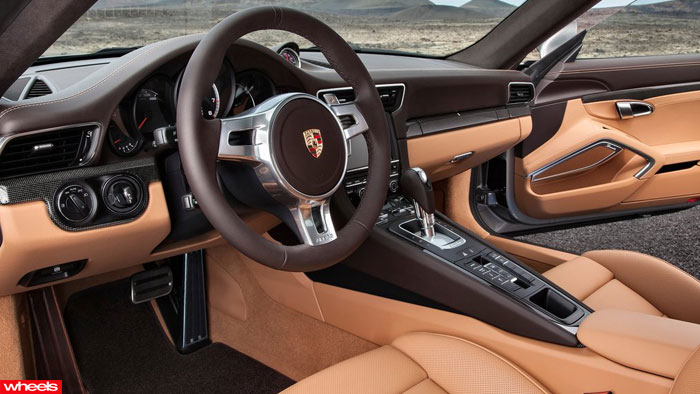 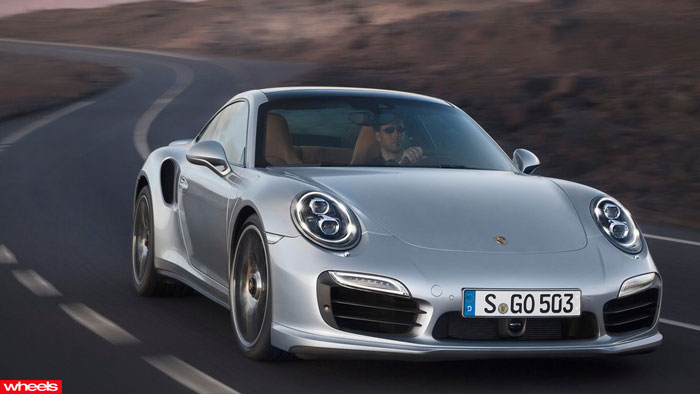 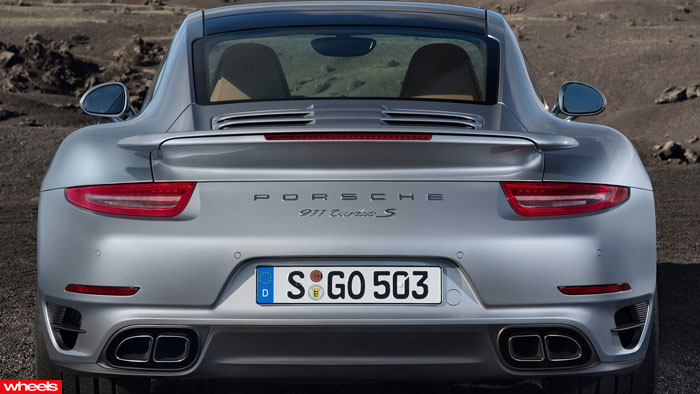 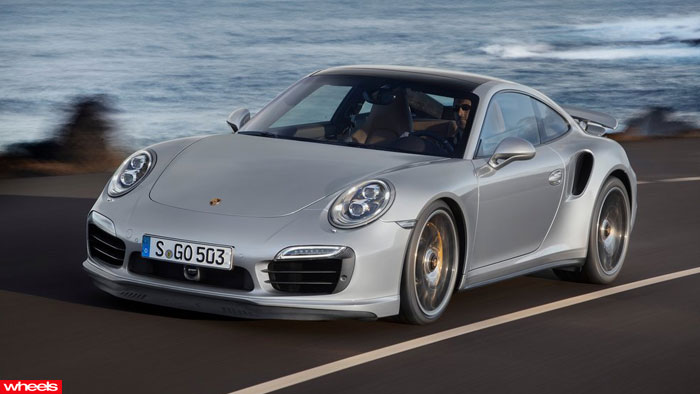 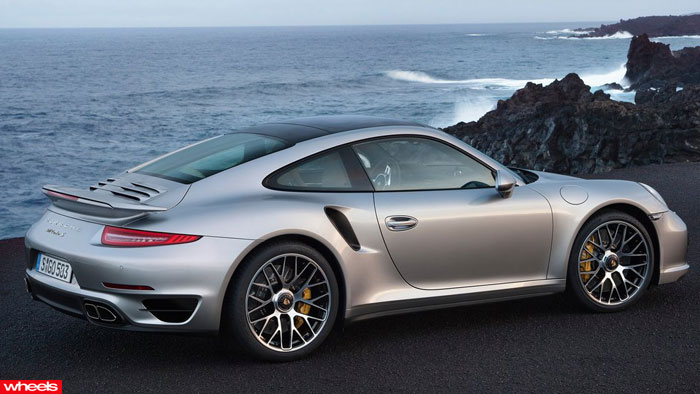 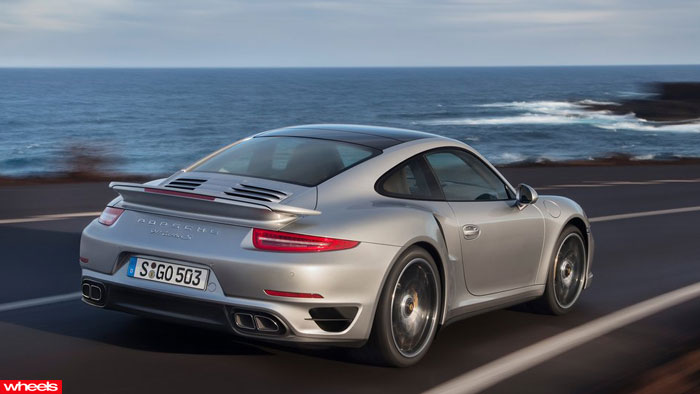 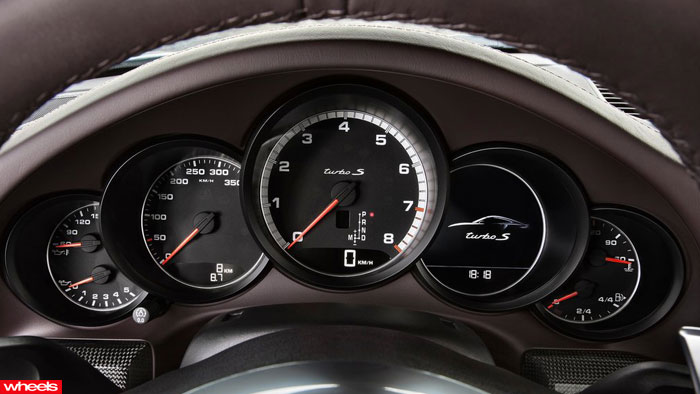 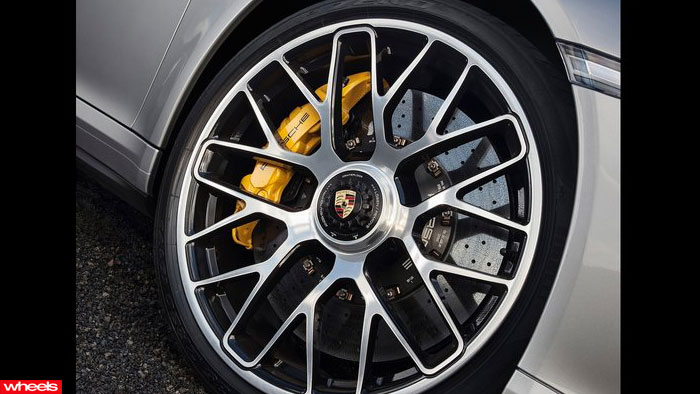