For 90 per cent of people out there – let’s just call them the moron collective – autonomous cars are likely to be a Good Thing.

Those same people will then be free to apply their make-up, message their cat, update their Nerdbook status and eat their breakfast; basically, all the things they currently do at the wheel, just a bit more safely. And, yes, this would be good. Possibly for all of us.

Which just leaves 10 per cent of us to suffer the indignity of having our cars do the driving for us. Indignity? Yeah, because operating a motor vehicle still appeals to me (and I’ll include you, because you’re reading this) on the basis of taking matters into our own hands. For a bloke like me, this equals pride and a sense of personal worth. Dignity, in other words. It’s why I try to drive well; it’s something I’m proud to be able to do.

Two things are making me feel this way when I’m biking, fixing or dimming the lights in the rest of the street by powering up a 10-inch angle-grinder. The first is that feeling of taking control I mentioned earlier. The second is that there’s an element of risk to all this. Now, that same 10-inch grinder in my paws is probably skewed towards risk rather than control so, at some point, I have to make the decision about how I tackle it. That’s where being the master of your own destiny comes into it. 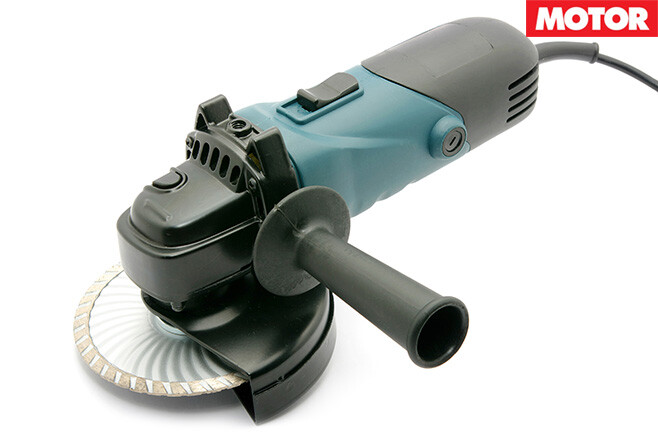 We already have three distinct levels of government, change fearing conservatives everywhere and Political Correctness police stifling our ability to decide stuff for ourselves. But to have our freedom to drive our own car taken away from us… well, at that point, The Man is throwing our pride and dignity under a (driverless) bus.

The good news is that I can’t see autonomous cars becoming the rule rather than the exception in my lifetime. I can’t conceive of a government anywhere with the requisite stones to green-light the deal (and if one does, I’m buying shares in one of those ambulance-chasing legal firms) nor can I see on the horizon a government with the will to tackle what would be a massive infrastructure project. These days, if it doesn’t happen in time for the next election, it doesn’t happen.

Nation building? What the hell’s that? It’s this clear level of democratic neglect that has seen us go from a country that started two car manufacturers from scratch over 12 years, to one that is in the process of closing up shop on three car manufacturers in 12 months. Let that wash over you.

The other problem is that some car-makers are pretty smug about their talents in this autonomous-driving department. But let me assure you, five decades on this planet has taught me one very important thing: the minute they make something idiot-proof, somebody else comes up with a better idiot. I recall a car launch in the early days of ESP technology where the PR muppet proudly told me I wouldn’t be able to make his car oversteer. At about 25 degrees of yaw, he admitted he may have been wrong. Physics, gravity, laws of nature – those old chestnuts.

ESP, ABS, traction-control, lane-departure, blind-spot monitoring, active cruise control – none of these inventions have made cars uncrashable. Neither will autonomous operation. It will simply be different factors that lead to the inevitable shunt. Won’t affect me, though: they’ll be building a ski-run in hell before I sign up for an autonomous car. If anybody needs me, I’ll be out in the shed with my angle-grinder.