With Daniel Ricciardo establishing himself as the new star of Formula One on the back of a brilliant second Grand Prix win, look back less than a year as we previewed his step up to the big time with Red Bull

SEBASTIAN VETTEL probably didn’t pay too much attention to the gangly kid with the toothy smile and the nest of curly hair when he attended the Formula BMW World Final in Valencia, Spain, back in 2006.

Vettel, then a rising star and mere months away from making his F1 debut with BMW, probably wouldn’t have noticed the then 16-year-old Aussie amongst a field of around 40 young racers trying to make a name for themselves in the junior ranks. If he had, the future triple world champ would have had an early glimpse at his future teammate.

Daniel Ricciardo cuts an unassuming figure in the F1 paddock. But underneath that warm smile, that mop of unruly hair, stands a man who is arguably one of the quickest drivers in the world. And don’t be fooled by the perma-grin; Ricciardo is a serious player in a serious sport. And next year, he takes over the mantle as Vettel’s teammate at the dominant Red Bull Racing.

It’s a role that has been served well by Australia’s outgoing Formula One hero, Mark Webber. But just as Vettel’s star has risen over the past four seasons, so too has Webber’s motivation taken a gentle downward slide into ‘life-after-F1’. That’s understandable. For 12 seasons, Webber has been a shining light for Aussie F1 fans. His ‘no bullshit’ approach has polarised fans, but love or hate him, you always knew where you stood.

Now that role falls on the 24-year-old shoulders of Ricciardo. It’s a passing of the baton, of sorts, the young up-and-coming Aussie replacing F1’s oldest driver. But don’t think that Ricciardo will slot comfortably into the ‘not bad for a number two’ role that has become Webber’s default position in the team.

Ricciardo’s promotion to the Red Bull ‘A Team’ brings with it a weight of expectation. As the most sought-after seat in F1, Ricciardo has seen off the challenges of Kimi Raikkonen and, if rumours are to be believed, Ferrari ace Fernando Alonso. It’s the kind of success that carries a burden. Yet Ricciardo is unbowed by the challenge that lies ahead. He knows what the team expects. And he knows having Vettel as a teammate is far from the easiest job in the world.

“I know that Seb is going to be my toughest challenge yet,” Ricciardo says, “but I am really looking forward to that challenge. I am not going to go in there with the mentality that I am absolutely going to wipe this kid off the face of the Earth, because realistically, that’s not going to happen. I have a lot of work to do, and I have got to have a lot of respect for him. But definitely I want to give him a really good challenge, and hopefully I can be the guy to beat him.”

It’s a tall order. Since bursting on to the F1 scene in 2007, Vettel has never been beaten by a teammate over the course of a season. And since 2010, despite the best efforts of the best drivers in the world, no one has had his measure. It’s a glaring statistic.

Webber has been a pillar of sorts for Ricciardo since the youngster made his F1 debut in 2011. The elder statesman of F1, acutely aware of how tough it is for an Australian to break into the sport, let alone in a competitive environment, has offered advice, not on how to drive the car – Ricciardo is more than capable – but on how to deal with the F1 limelight. He’s also schooled the young gun in the inner workings of the Red Bull Racing team.

“I’ve spoken to [Webber] a bit already,” admits Ricciardo. “Obviously he can give me some advice on what it is like and all the extra attention I will face and a few people whom I will be working with, just to try and fast-track the learning process with a few engineers and so on.”

But he remains cautious about taking on too much from Webber, whose fractious relationship with teammate Vettel has been headline fodder since, well, ever since the German reached F1.

“In terms of me personally,” says Ricciardo, “I want to discover it for myself. Mark has been really good to me since I’ve been in F1, but I don’t want to rely on him to really help me get to the next step – in a respectful way, of course - I am just trying to discover it and do it to an extent by myself.”

The Ricciardo/Vettel dynamic will be an interesting narrative to 2014. Vettel’s dominance over Webber on the track has spilled over into the garage, where the German holds an undeniable status within the team.

Vettel has already fired the first warning shot, shrouded in humour. He will do everything in his power to ensure the status quo is maintained. “I’ll have another Australian trying to make my life difficult,” he quipped to the media on the weekend of Ricciardo’s confirmation as his teammate. “I don’t want to marry him, so I don’t have to be best friends with him, but I think we’ll get on with each other.”

It’s a telling jibe, revealing that while not exactly rattled by Ricciardo’s impending arrival, Vettel has started the mind games.

There remains one telling difference between Ricciardo and Webber at Red Bull. Webber was already an established star when he joined the team in 2007. He was not, is not, a product of the Red Bull junior driver development program. Vettel is, and as a result has enjoyed, to say the least, the patronage of the team’s gruff motorsport adviser, Dr Helmut Marko. Webber was afforded no such favouritism.

Ricciardo, on the other hand, is also a product of the Red Bull Junior team, hand-picked at the end of 2007 by Marko. It’s Marko who has guided the younger Aussie’s career, just as he has Vettel’s. It’s Marko who placed Ricciardo at the Hispania Racing Team for his F1 debut mid-way through 2011, and subsequently Toro Rosso in 2012. It’s Marko who had a large say in Ricciardo’s replacement at Red Bull Racing.

Ricciardo is, in short, a product of Marko’s, as is Vettel. That presents an interesting point of difference. Webber is, always has been, his own man and that has led, at times, to a frosty relationship with Marko, highlighted at Silverstone and Turkey in 2010. Webber used the bad blood to his advantage, maintaining an inner rage that fuelled his ambition on the track.

And Marko, for his part, makes no secret of his plans for Ricciardo. “He has to put pressure on Sebastian by mid-season in 2014 at the latest; he has to be a real team player…”

That’s a veiled jibe at Webber who, while outwardly presenting a united front for Red Bull has, at times spoken out against a hierarchy that, on the surface, favoured his German teammate.

It’s a suggestion denied by Red Bull team boss Christian Horner, who offered a succinct, “Both drivers, as has always been the case, will get identical opportunity and equipment. Inevitably there’ll be a natural pecking order and that will be determined by the driver that’s in front on the track.”

On paper, that should be Vettel. But don’t underestimate his new-for-2014 Aussie teammate. Asked if he is afraid of Vettel, Ricciardo offered a definitive and final, “No!”

Ricciardo’s reputation has been built on outright pace. Much like Webber before him, who regularly qualified his slow and unwieldy Jaguar in a place it had no right to be, Ricciardo has time and again qualified his Toro Rosso – sister car to Red Bull in name, but not performance – inside the top-10, well beyond the efforts of his teammate, Jean-Eric Vergne.

Any doubts that Ricciardo was fast enough for Red Bull were quickly erased when the young Aussie got behind the wheel of this year’s dominant Red Bull RB9 at F1’s mid-season test in July at Silverstone.

Under enormous pressure, knowing his day in the car was an audition for his future, Ricciardo was immediately on the pace. But what impressed Red Bull’s engineers more was his consistency over long runs. While team data was not made public, Ricciardo was, according to insider gossip, as quick as Vettel on similar fuel loads and on similarly worn tyres when the German took over testing duties the following day.

That, right there, was the clincher. Put down your glasses. Dan’s the man for Red Bull. 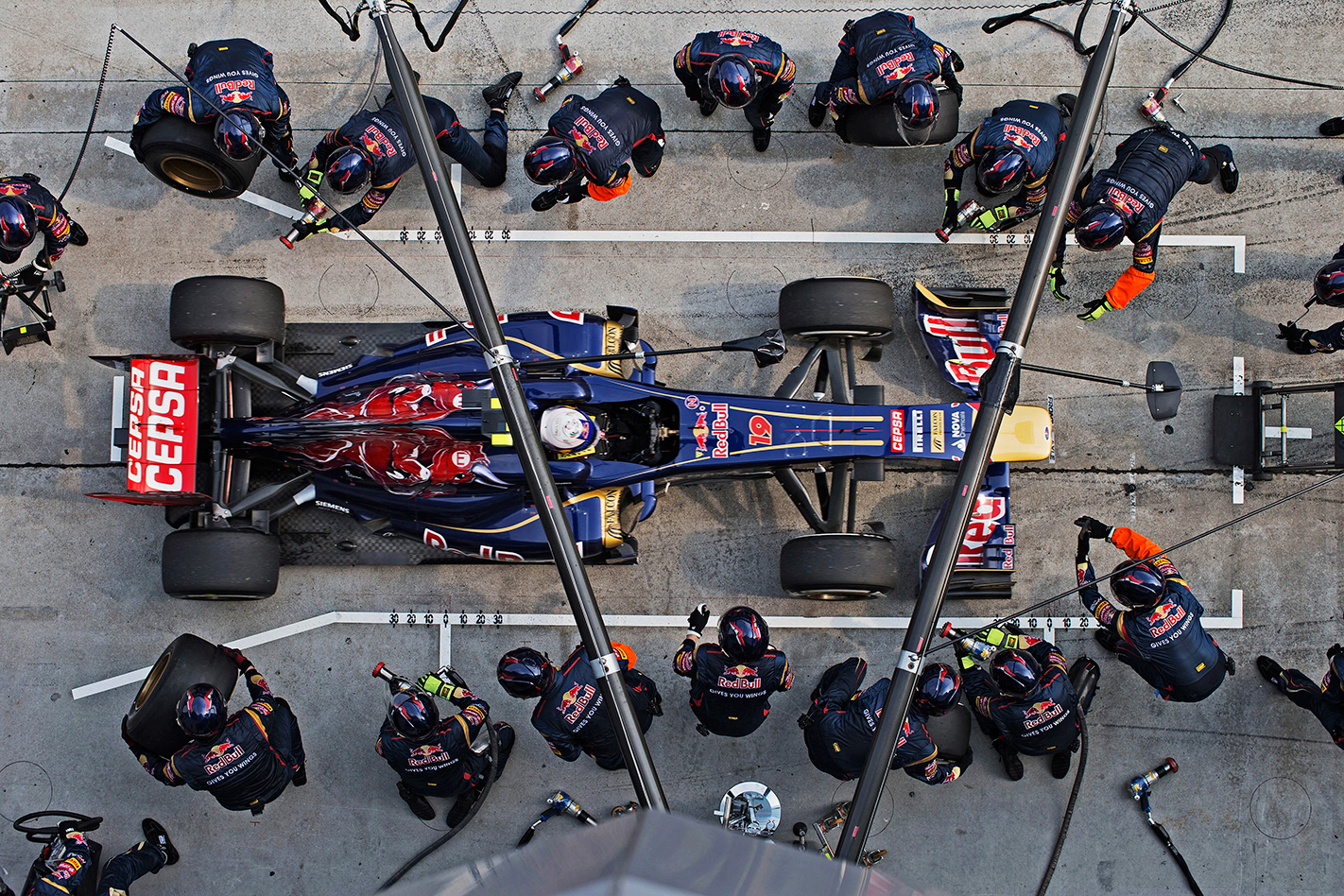 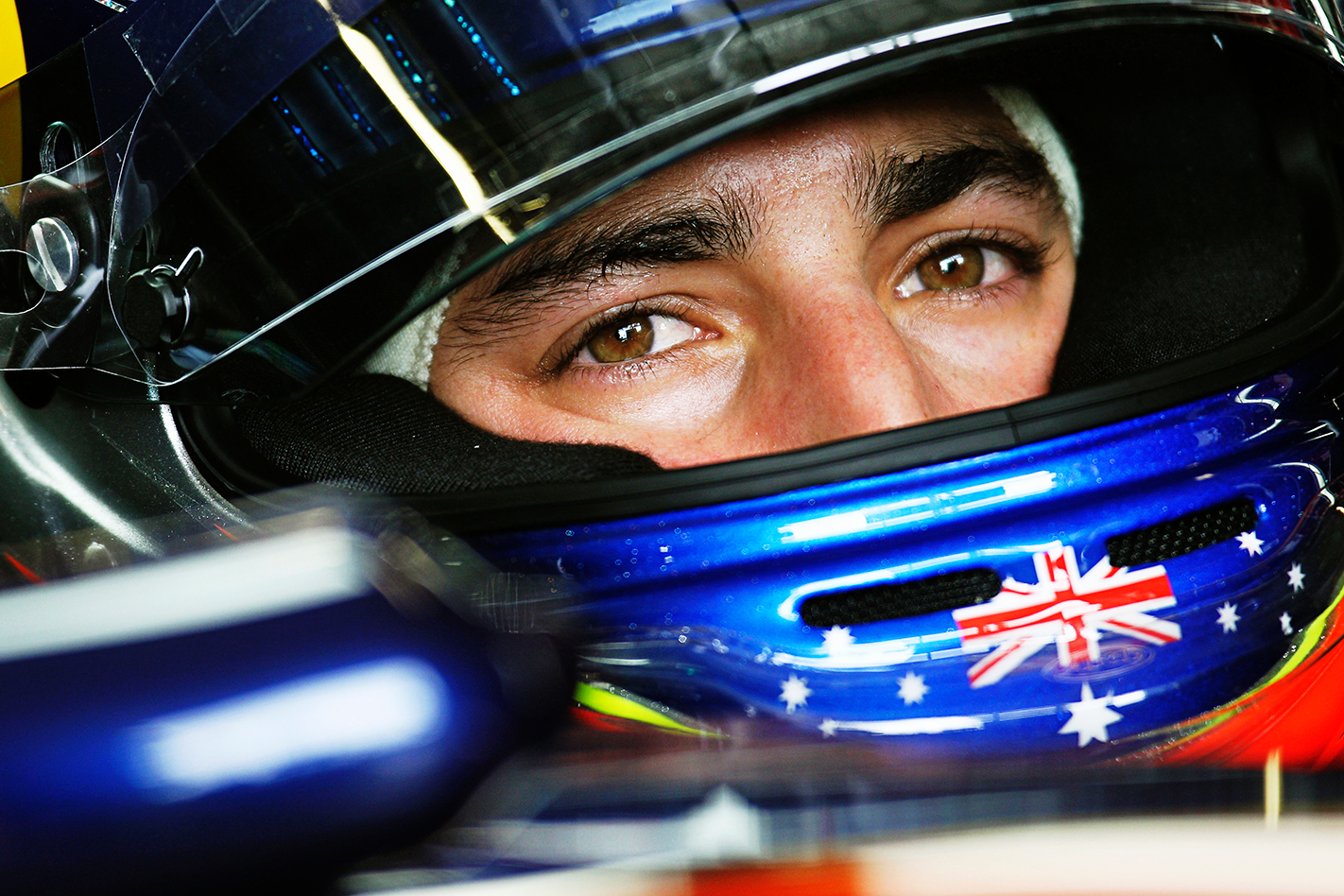 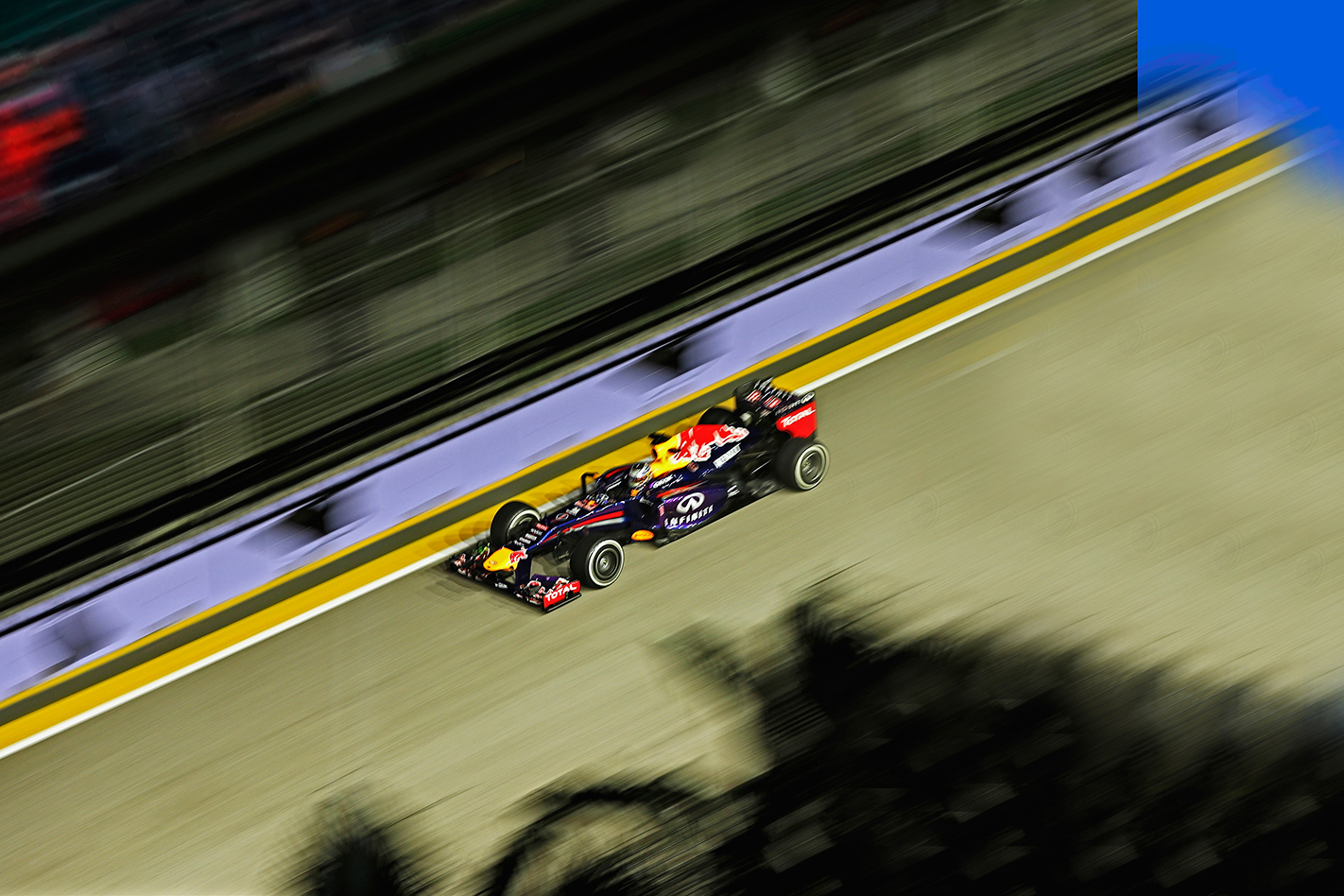 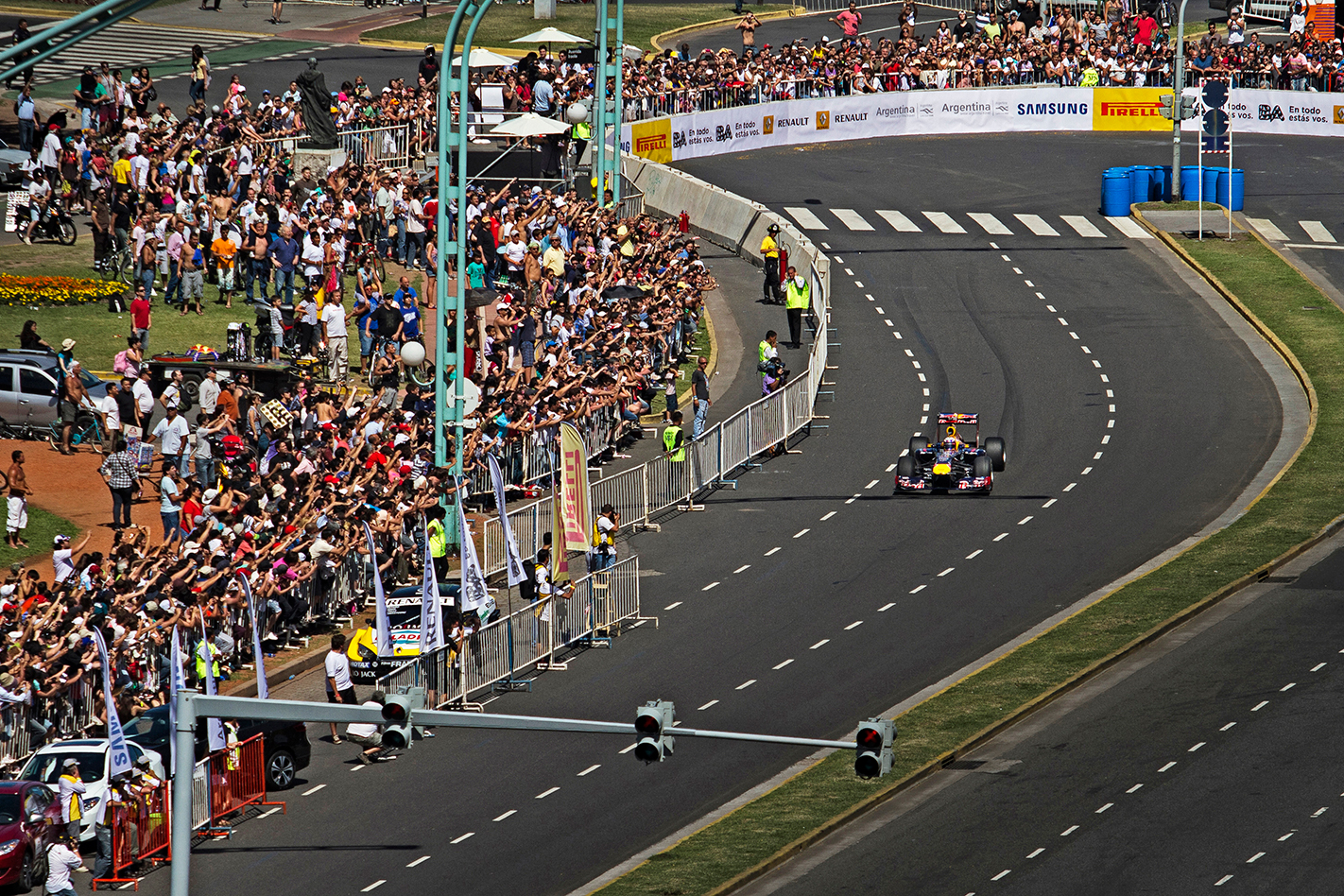 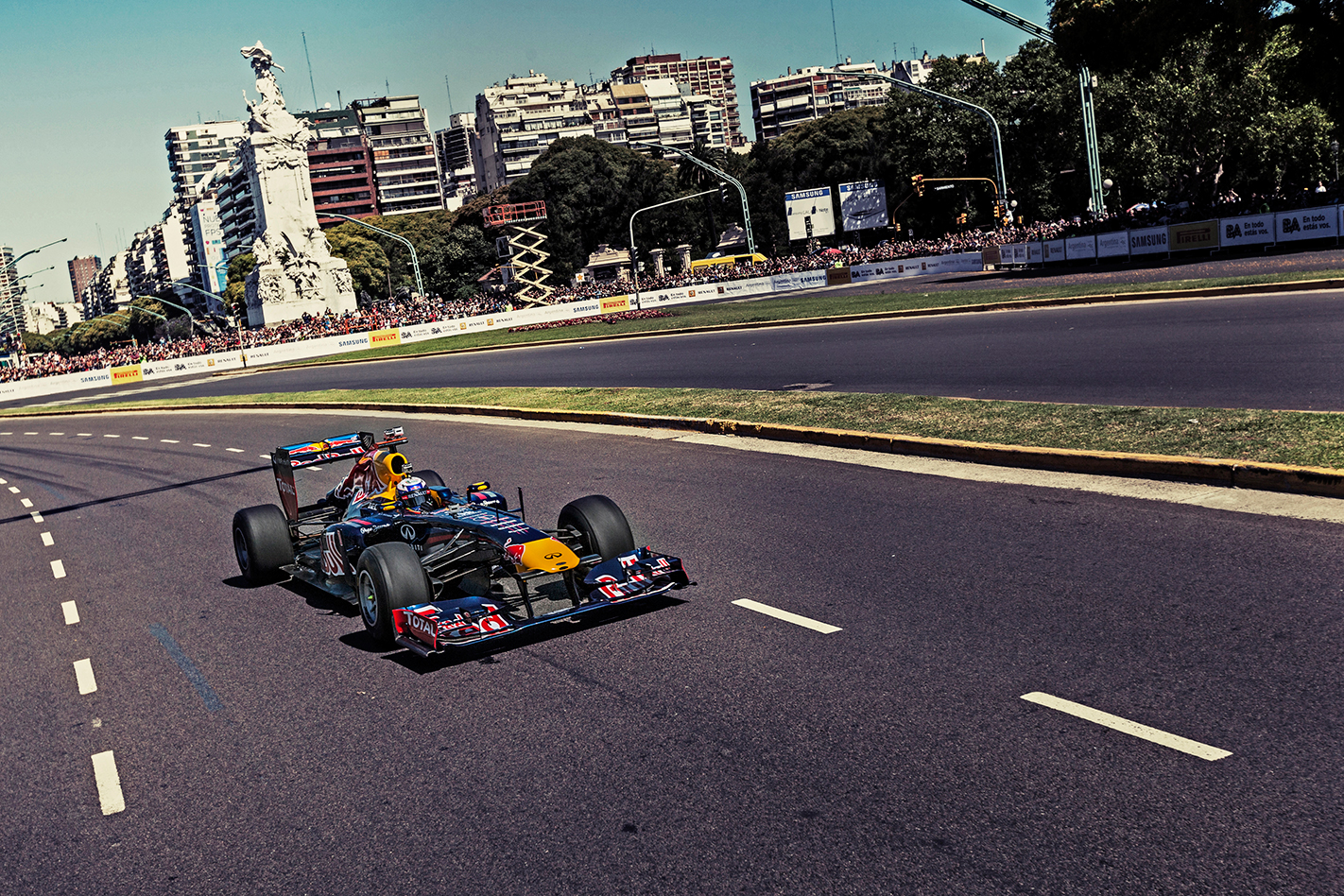 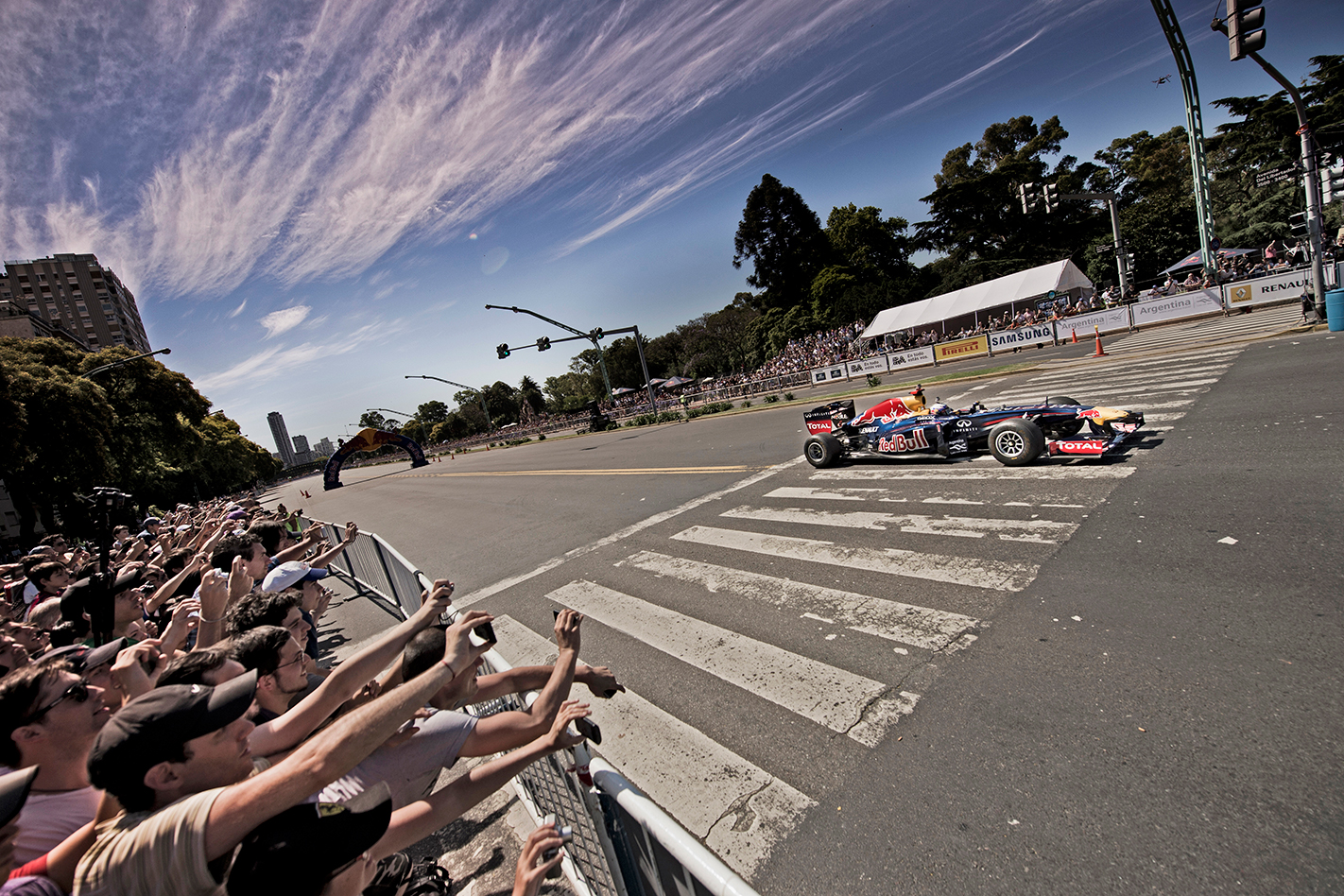 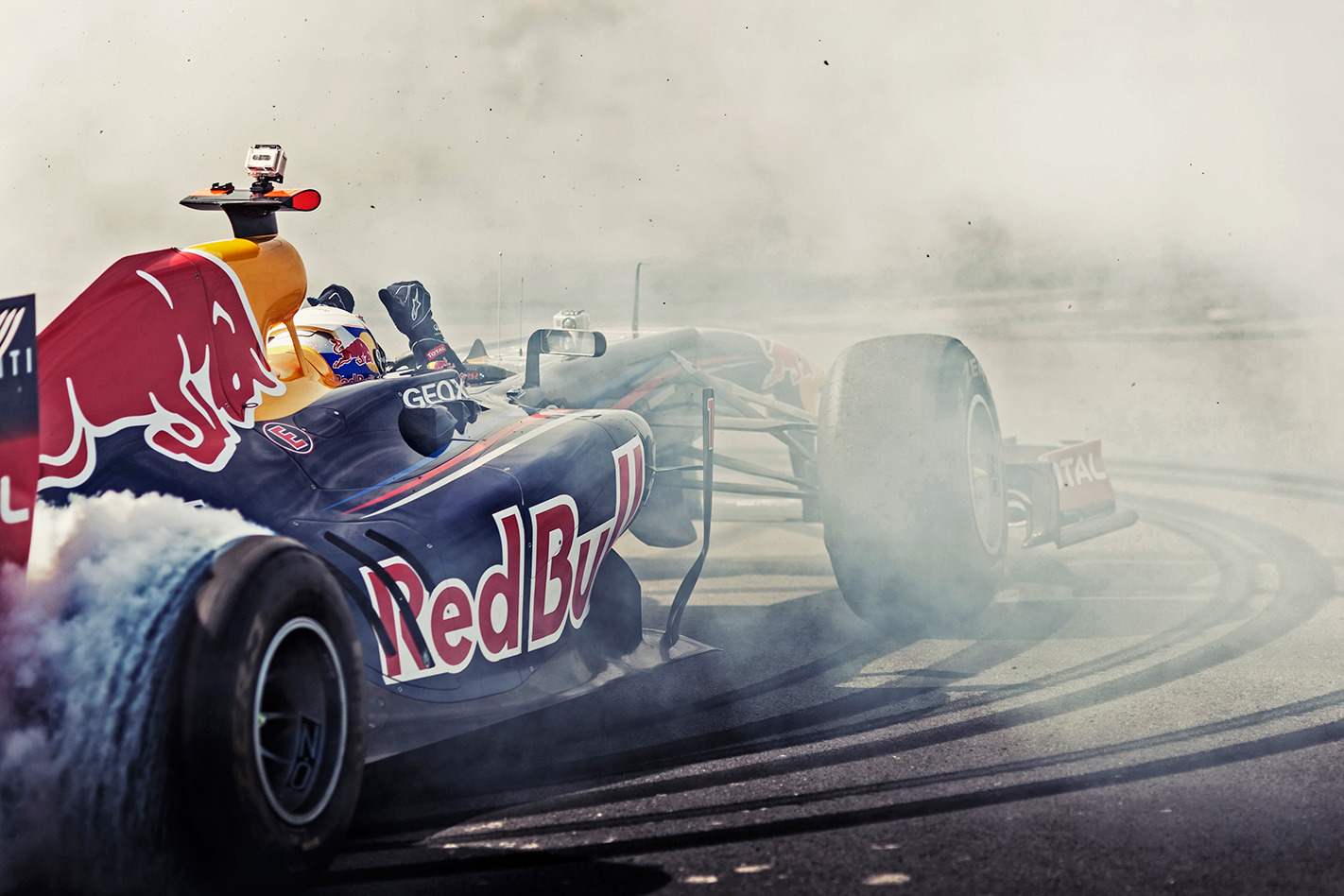 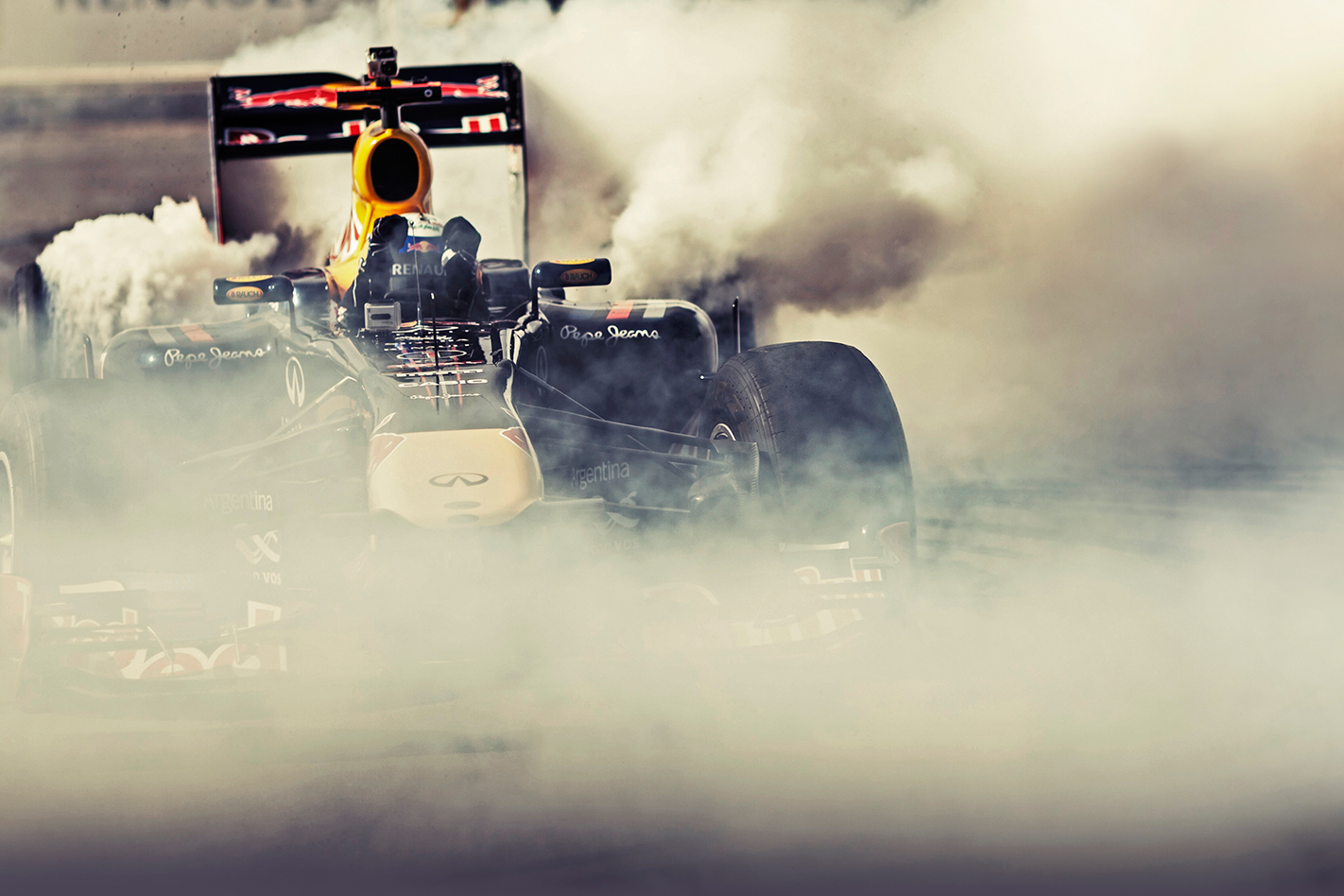 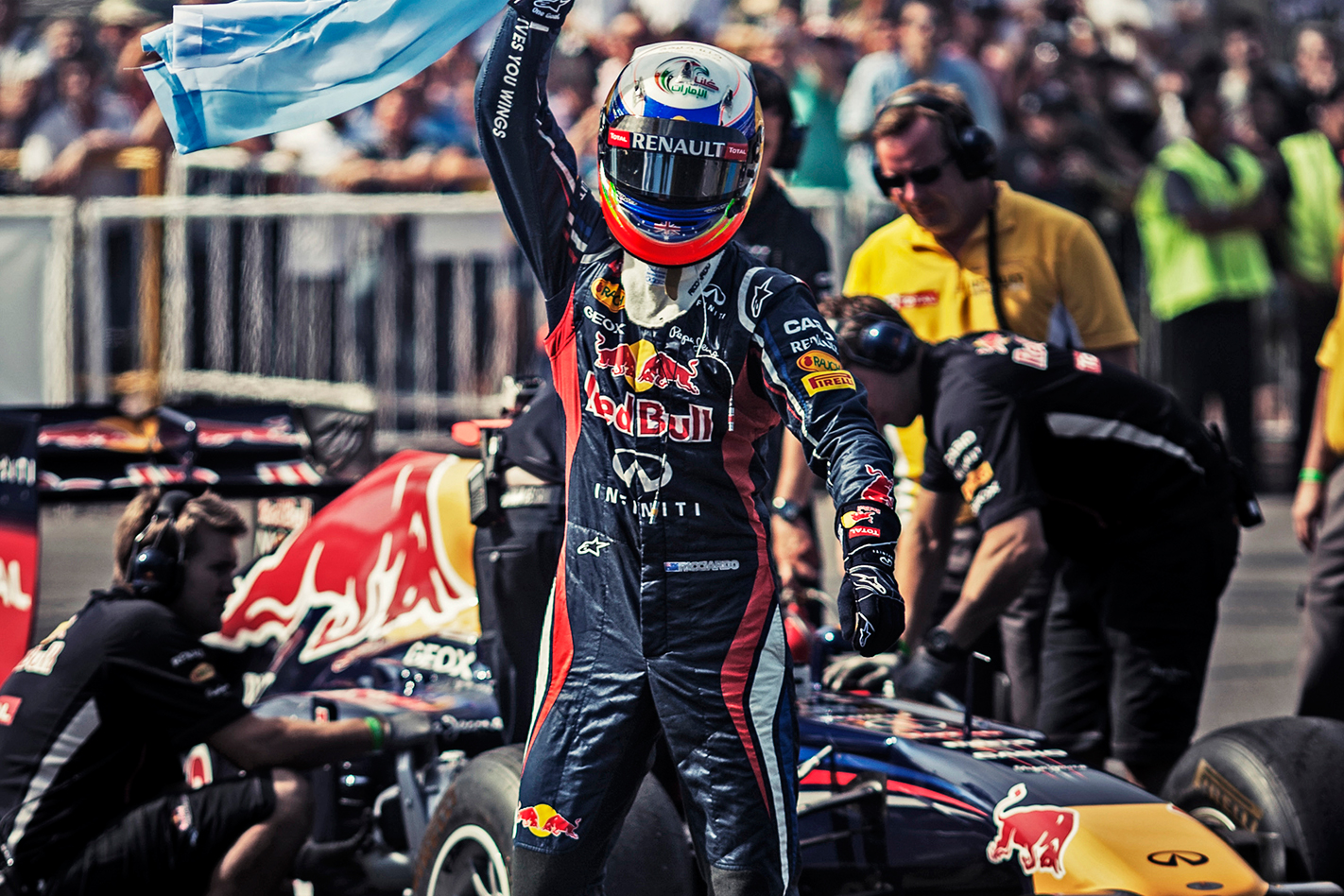 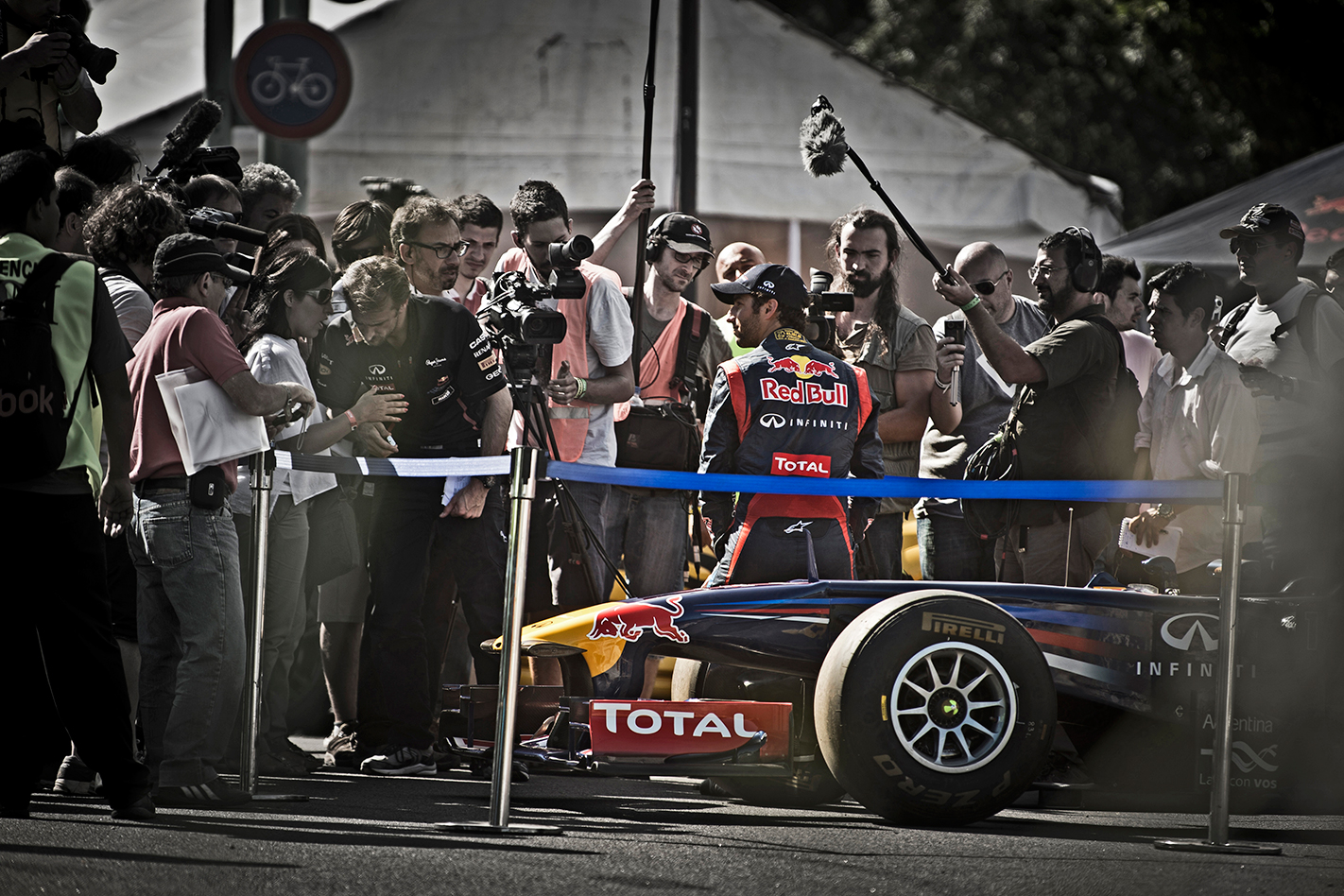 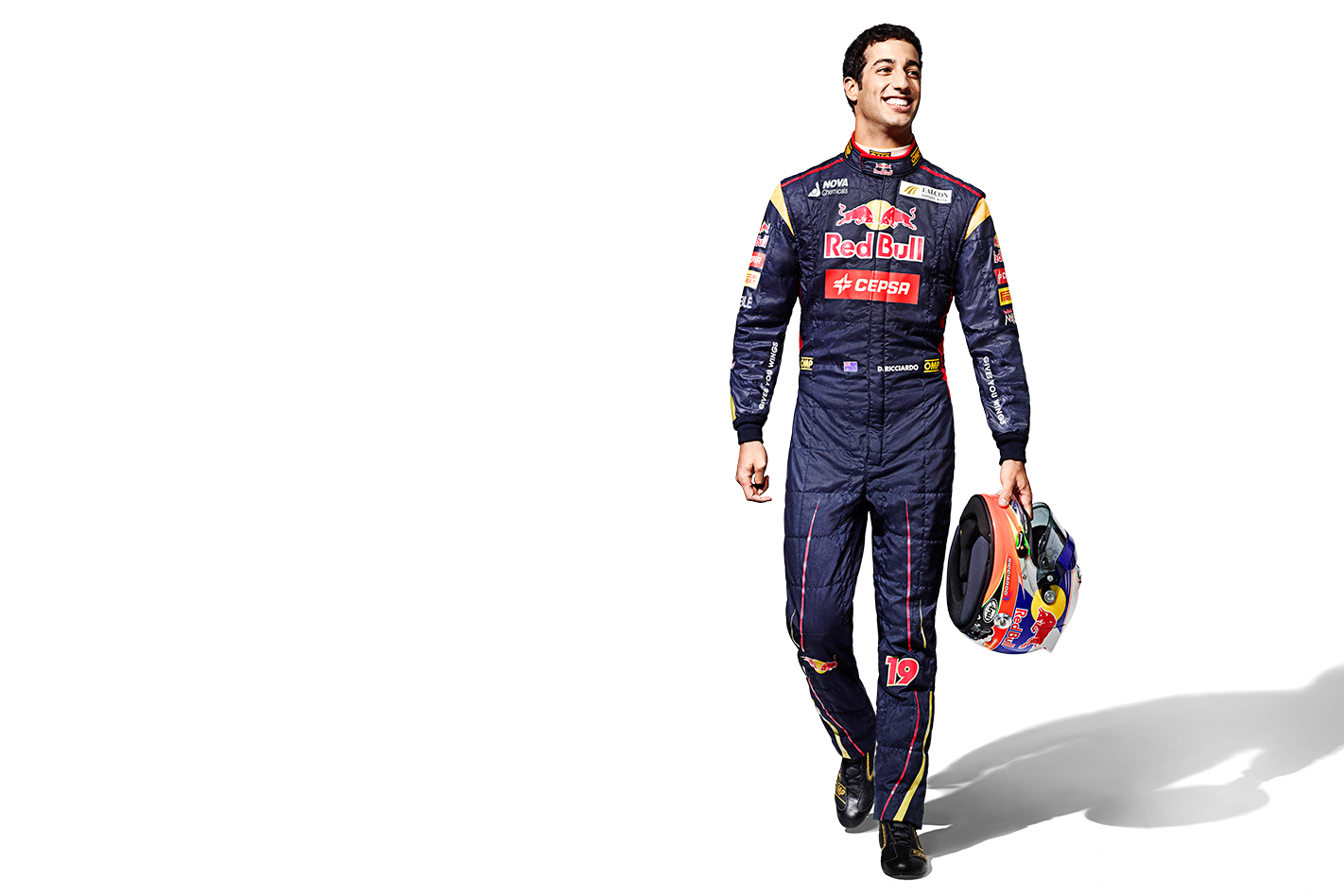