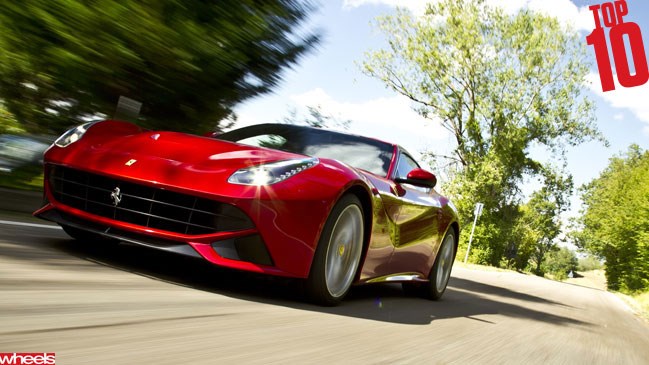 Merry Christmas! Of the cars that moved us most in 2013, the Ferrari F12 Berlinetta is the loudest, fastest and most expensive.

DON’T BE surprised to see the F12 here.

We know it’s not exactly a real-world selection, but when the F12 sits at the peak of my list of Best Cars Ever, the $691K Ferrari simply can’t be ignored. Not just because the F12 is the fastest Ferrari road car of all time – in outright acceleration and around Maranello’s famed Fiorano test track (at least until we test LaFerrari, the 708kW hybrid) – more that, despite being dominated by the staggering power of its normally-aspirated 6.3-litre V12, the F12 is only intimidating if you consciously set out to access all 545kW and 690Nm.

Ferrari has thoroughly re-engineered the now direct-injection V12, now surely the best performance engine in the world, to reduce friction, increased the compression ratio to 13.5:1 and by employing all kinds of clever technology to help increase low-end torque. The result is an engine that revs to 8700rpm, yet provides 80 percent (or 552Nm) of peak torque from only 2500rpm. Incredibly tractable and responsive as well as rev happy, you quickly discover that there is no need to be constantly changing gears via the paddles that operate the brilliant dual-clutch gearbox.

To benefit traction, F12’s transaxle and a V12 that’s almost all behind the front-axle line, produce a 46/54 weight distribution. Yet, such is the F12’s power that its steady-state understeer can easily be pushed through by flexing your right foot.

So transparent and accessible is the car’s balance that you adjust the cornering attitude and balance on the throttle, exiting turns in power oversteer. Save this hooliganism for track days, knowing that the literally tyre-shredding performance demands concentration at the limit, but also that heroic point-to-point times are possible without fear, so trustworthy is the handling (if you avoid tapping too far into the ferocious performance).

Light and super-quick steering, just 2.0 turns lock-to-lock, disguises the respectable 1630kg bulk to make the car feel agile, while turn-in is instantaneous, more thought process than deliberate movement of the wheel. The ride, too, is exactly right in matching the conditions or the driver’s mood. Electromagnetic dampers allow a choice between soft and firm settings that is independent of the stability-control system and the electronic differential and traction control.

The F12’s pace is epic, barely believable. As is the refinement, drivetrain flexibility and ride quality. No car currently made delivers exhilaration and sophistication as effectively as the Ferrari F12. 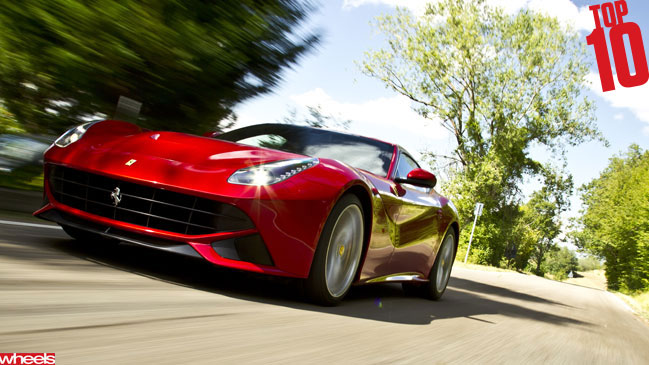 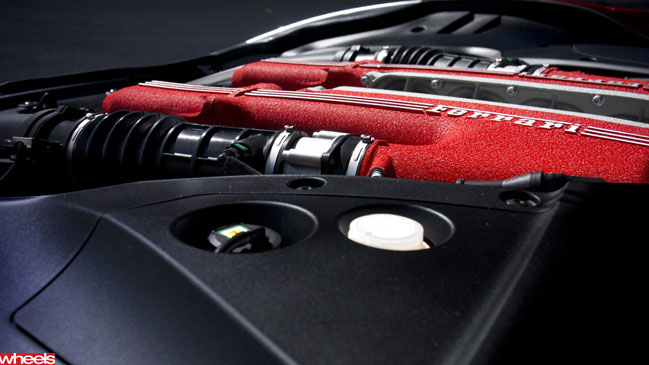