THE prime position of the Toyota Hilux as Australia’s most popular ute looks set to be strengthened thanks to a raft of specification upgrades that the all-new model will bring when it goes on sale in October this year. It’s a shot across the bows of its facelifted Ford Ranger and updated Mitsubishi Triton competition, as well as the new Nissan Navara.

Most importantly, Toyota has addressed the glaring shortfall of the current Hilux by ramping up the maximum tow rating to 3500kg from the current model’s 2500kg, and therefore matching its main rival, the Ford Ranger, and others including the Holden Colorado and Mazda BT-50. 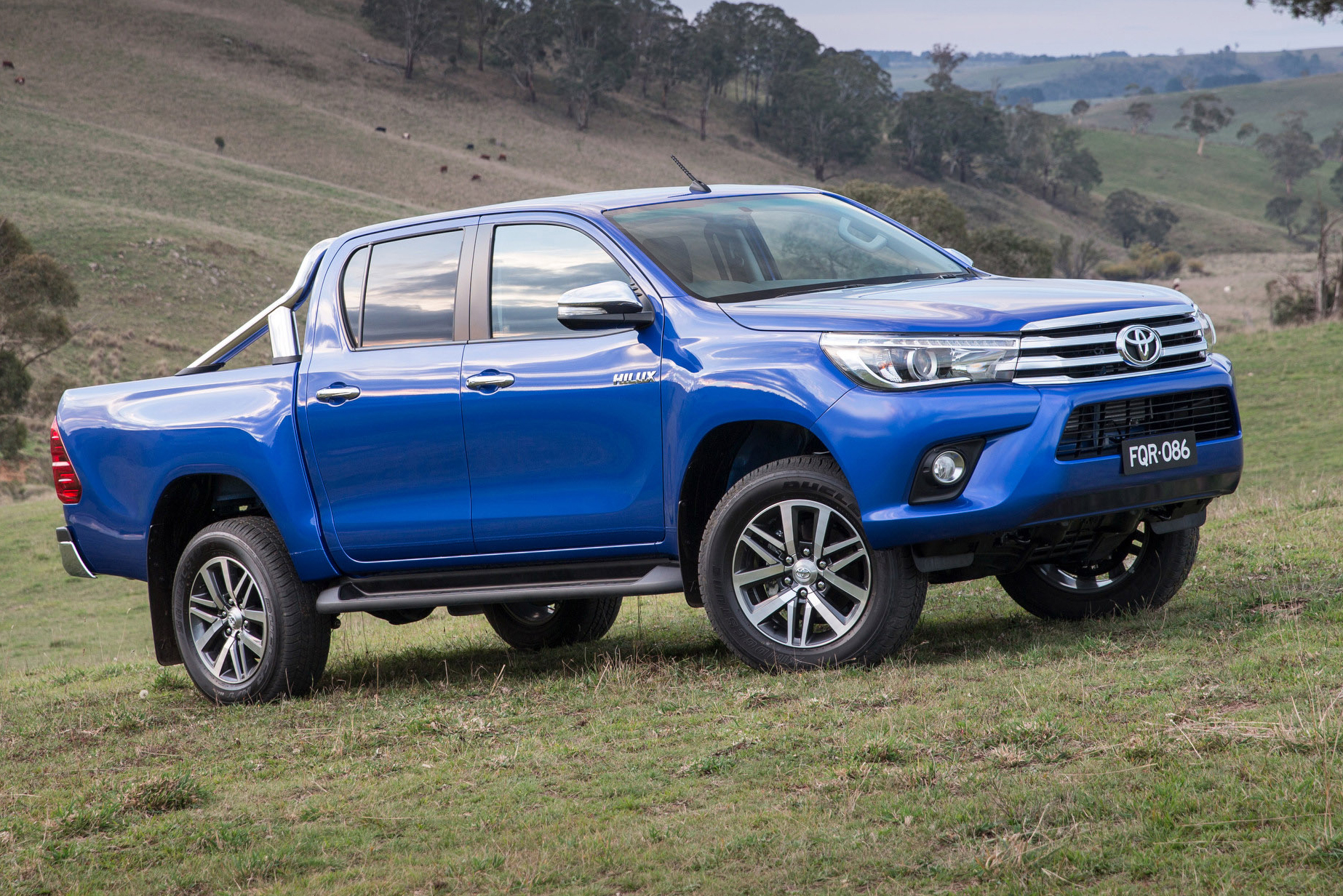 This eight-generation Hilux, the first all-new model in 10 years, also addresses other shortfalls of the current model by offering higher payloads and significantly more torque from the all-new but slightly smaller 2.8-litre diesel.

The new Hilux also brings safety upgrades right across the range for all variants, including the single-cab models, with no fewer that seven cabin airbags, as well as a reversing camera and electronic stability control, which is currently not mandated for light-commercial vehicles such as the Hilux. Toyota expects all variants to achieve a maximum five-star ANCAP safety rating when tested.

The new Hilux will go on sale with no fewer than 31 guises, nine more than currently offered with most of the model-range expansion through extra 4WD and dual-cab models, an area where the market is expanding. Dual-cab 4WD utes are now default family vehicles, having overtaken 4WD wagons in popularity.

As well as offering both 2WD and 4WD, the new Hilux will come with the choice of three cabins; single, extended and double, and in three equipment grades, Workmate, SR and SR5. 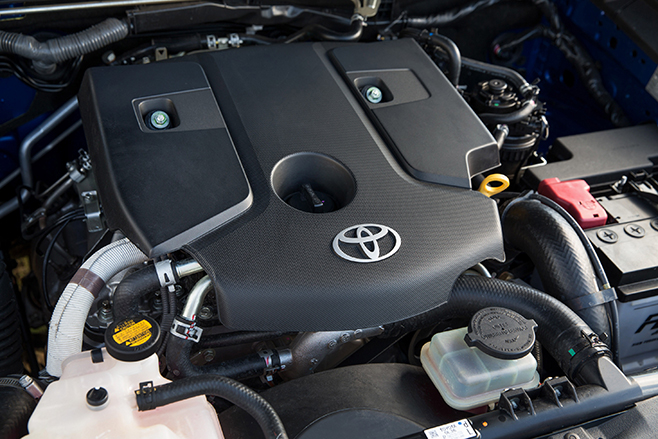 Headlining the engine changes is an all-new 2.8-litre four-cylinder diesel that claims 130kW, a 4kW increase over the 3.0-litre diesel it replaces. More importantly, the maximum torque is up from 360Nm to 450Nm, much closer to the Ranger’s figure of 470Nm.

The current 4.0-litre petrol V6 will also be carried over in a limited number of 4WD models while 2WD models will be available with an all-new 110kW/400Nm 2.4 litre diesel and a revised version of the current 2.7-litre four-cylinder petrol engine.

While Toyota has shown the new model with a static reveal, the interior of the Australian-spec Hilux has not yet been shown. 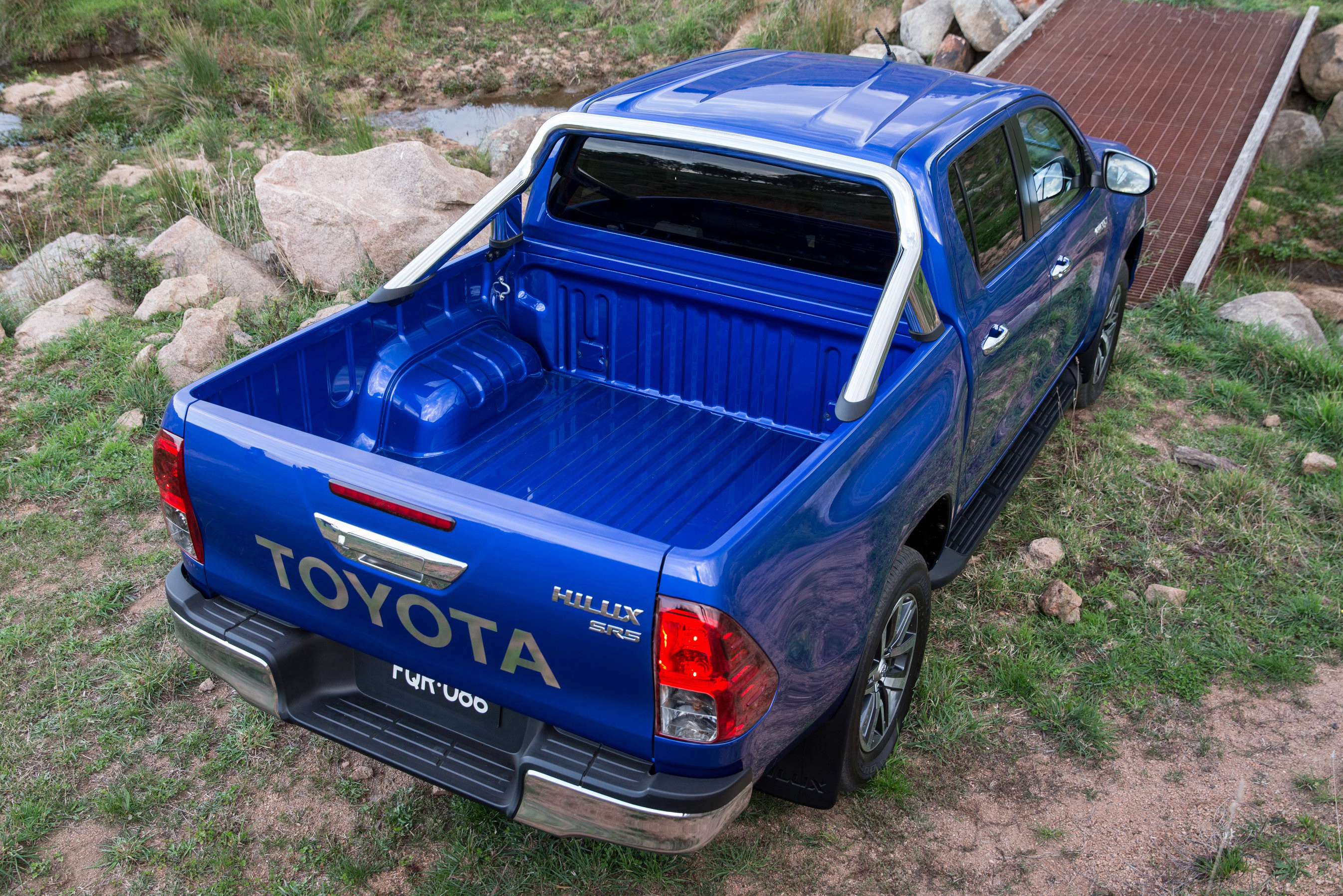 The Hilux is one of the pillars of Toyota’s success in Australia and has been the best-selling commercial vehicle here for the past 17 years. For the last 10 years it has been Australia’s best selling 4WD and, for seven of those ten years, it has been Australia’s outright third-best selling vehicle and was as high as outright number two in 2012, sandwiched between the top-selling the Mazda 3 and ahead of the Toyota Corolla. In April 2015, it was again second only to the Corolla. 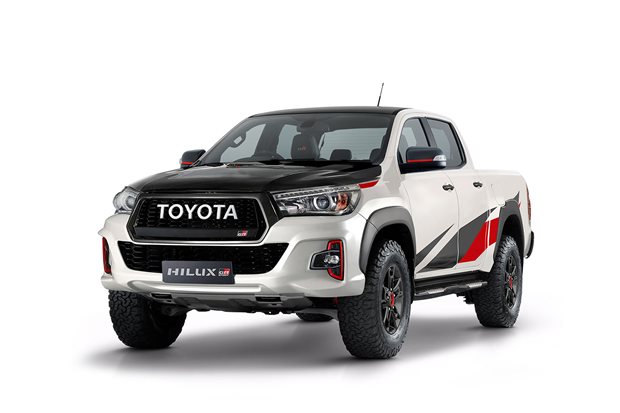