If the way a race car looks can be used as a gauge as to how it will perform, the FIA might as well give the 2017 WRC trophy to M-Sport right now.

The British engineering firm that has run Ford’s WRC operations for the past 20 years has unveiled its latest challenger, built to the new 2017 regulations and based on Ford’s overhauled Fiesta.

M-Sport boss Malcolm Wilson has also pulled off the deal of a lifetime by signing reigning four-time champion Sebastien Ogier, who was left stranded without a drive following the withdrawal of the Volkswagen factory outfit. He will partner Estonian Ott Tanak. 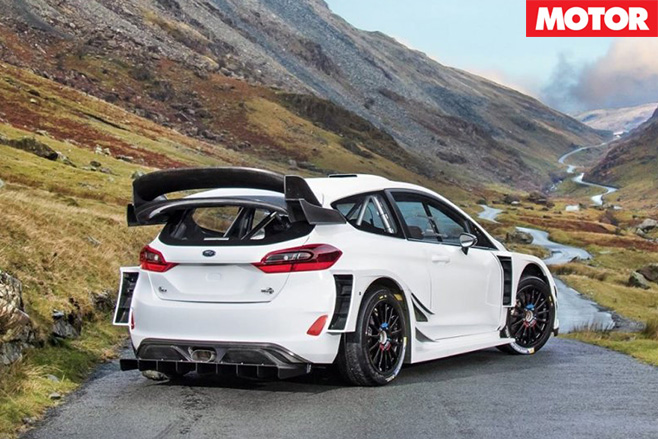 The rallying world has held its breath for weeks, waiting for Ogier to make a decision as to where he would drive in 2017. Indisputably the finest rally driver in the world right now, Ogier intended to test the Citroen, Toyota and Ford’s 2017 cars before making a decision, but with the French team unwilling to let him test its C3 WRC without a contract, it came down to a choice between well-funded but unproven Toyota or financially strapped but vastly experienced M-Sport.

The Cumbrian firm has struggled for results since losing factory Ford funding at the end of 2012 and despite coming close with Colin McRae, Carlos Sainz, Marcus Gronholm and Mikko Hirvonen has never won the WRC driver’s title.

The last time a Ford won was 1981 with Ari Vatanen – ironically as a privately-funded outfit – but Malcolm Wilson has thrown everything possible at the 2017 regulations in the hope of once again building a rally-winning car.

As with all 2017 World Rally Cars, the new Fiesta sports around 280kW/450Nm from its 1.6-litre turbo four-cylinder engine thanks to a lift in inlet restrictor size from 34mm to 36mm. Minimum weight has decreased by 25 to 1175kg and electronically-controlled centre diffs are once again legal.

Certainly the most obvious regulation change has been to relax the restrictions around aerodynamics, with all the 2017 WRC contenders sporting wider tracks, huge wings and monstrous diffusers for a huge increase in downforce.