AS OFFICIAL pics finally emerge of the new Genesis G70 – the crucial premium mid-size model that will lead the brand’s 2018 launch in Australia – expectations continue to grow. Wheels will drive the car in Korea on September 16, and you can read our first impressions here on Monday.

Here’s what we can tell you so far: the Genesis G70 goes on sale in Korea next week; Australian deliveries will begin in the first quarter of next year. Hyundai Australia is unable to be any more specific than that. What Australia won’t be getting is the 2.2-litre diesel engine offered in other markets, nor the all-wheel-drive set-up. Australia’s Genesis line-up will comprise three spec levels for each of the two engine choices: the 2.0-litre turbo petrol four, and the 3.3-litre twin-turbo V6, both driving the rear wheels through Hyundai’s own in-house-manufactured eight-speed torque convertor auto.

Both these engines are shared almost directly with those powering the new Kia Stinger, so that car provides the best indicators of performance and consumption at this stage, given that G70 weights should be down only slightly, and not significantly dissimilar. There’s no confirmation at this stage as to what Hyundai Australia will name the three spec levels offered for each engine choice, nor what the equipment levels will actually be. What we do know is that a semi-autonomous ‘Highway Assist' system will feature on (at least) the top-spec models, launch control will be in the mix, and a mechanical limited slip diff and dynamic torque vectoring will be fitted (at the very least) to the middle- and top-spec V6 models. Expect adaptive dampers on all three V6 models; passive dampers fitted to all three of the four-cylinder models. Where the G70 will really attempt to mount a persuasive case against rivals like BMW 3 Series, Mercedes-Benz C-Class and Audi A4 is in the areas of price, standard equipment, perceived value, and customer service experience.

For pricing, we’re speculating that the entry point will be in the low $50K zone, undercutting even the base 1.4-litre Audi A4 and the three-cylinder entry-level BMW 318i by a few thousand. Mercedes-Benz's dominant (in Australia) C-Class opens in the low-$60K bracket, so the Genesis G70's price advantage should be significant. Further, instead of the Euro’s seemingly endless and expensive option packages, the G70’s three spec levels will attempt to provide an offering to suit all buyers, and make the ordering experience far less convoluted and confusing. At the upper end, expect all the luxury trappings, like heated and ventilated seats, head-up display, extended nappa leather, and 15-speaker Lexicon surround sound.

Then there’s the lure of loan-car delivery at service time, concierge-style services, and upmarket Genesis store-within-store set-ups at the Hyundai dealerships deemed appropriate to handle the Korean's premium-brand sales. 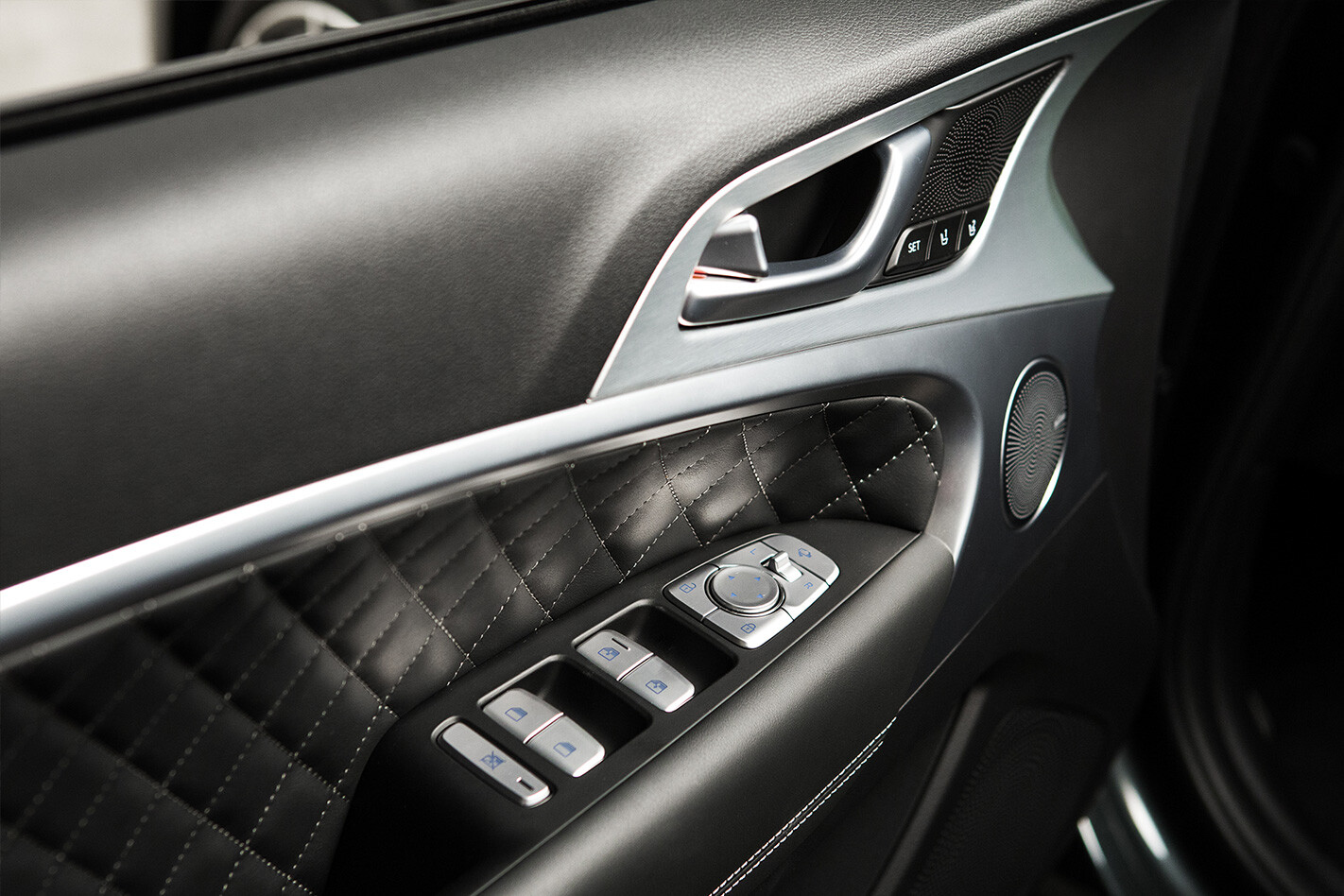 The Genesis brand has already gained significant traction in the USA and in its home market of Korea. Now Australia is firmly in the company’s sights, with this G70 and the larger G80 forming the first wave of attack, before the company's crucial SUVs come on stream in around three years.