The line between Porsche’s track-only GT racers and its road-going models is getting thinner by the day, with the 992 evolution of the 911 GT3 eroding the distinction even further. Freshly revealed in Europe, the newest addition to the 992 family is seriously quick, but built to keep the purists happy.

Behind the rear axle remains a naturally aspirated 4.0-litre flat six engine, with power boosted to 375kW. While that only represents a 7kW increase compared with the 991.2 version, Porsche claims the unit found in the 992 generation is “practically unchanged” from its recently revealed GT3 Cup racer.

Press details released by Porsche don’t reveal how high the 4.0-litre engine can rev, but does state that the central tachometer reads to a staggering 10,000rpm.

Its high-revving unit is based on that found in the 911 GT3 R which competes in races including the Bathurst 12 Hour and Spa 24 Hour, and allows the GT3 road car to crack 100km/h from standstill in 3.4 seconds, and with a top speed of 318km/h this GT3 is faster than the previous GT3 RS.

Both manual and PDK transmissions are on offer, with the former boosting the terminal velocity by 2km/h.

Not only do customers who opt for the three-pedal variant get a higher top speed, their 911 GT3 will also be lighter, with a 1418kg weight compared with the automatic’s 1435kg.

For automatic variants that is an increase of just 5kg over the 991.2 iteration, with Porsche managing to save weight despite the wider bodywork, larger wheels, and added technology.

Visually, the big standout changes for the new GT3 is the swan neck rear wing and redesigned diffuser, inspired by the mid-engined GTE-spec RSR racer.

Porsche claims that the manually adjustable unit is able to increase downforce, without “noticeably affecting the drag coefficient”.

And it looks like the hard engineering work has paid off. During track testing at the Nurburgring, Porsche reports the 992 GT3 lapped the Green Hell more than 17 seconds quicker than its predecessor, using Michelin Pilot Sport Cup 2 R tyres.

Pricing will be revealed at a later date, with a local arrival in Australia slated for the second half of 2021. Though, MOTOR understands that if you are in the market for the new GT3, you might want to get in contact with your local dealer sooner rather than later. 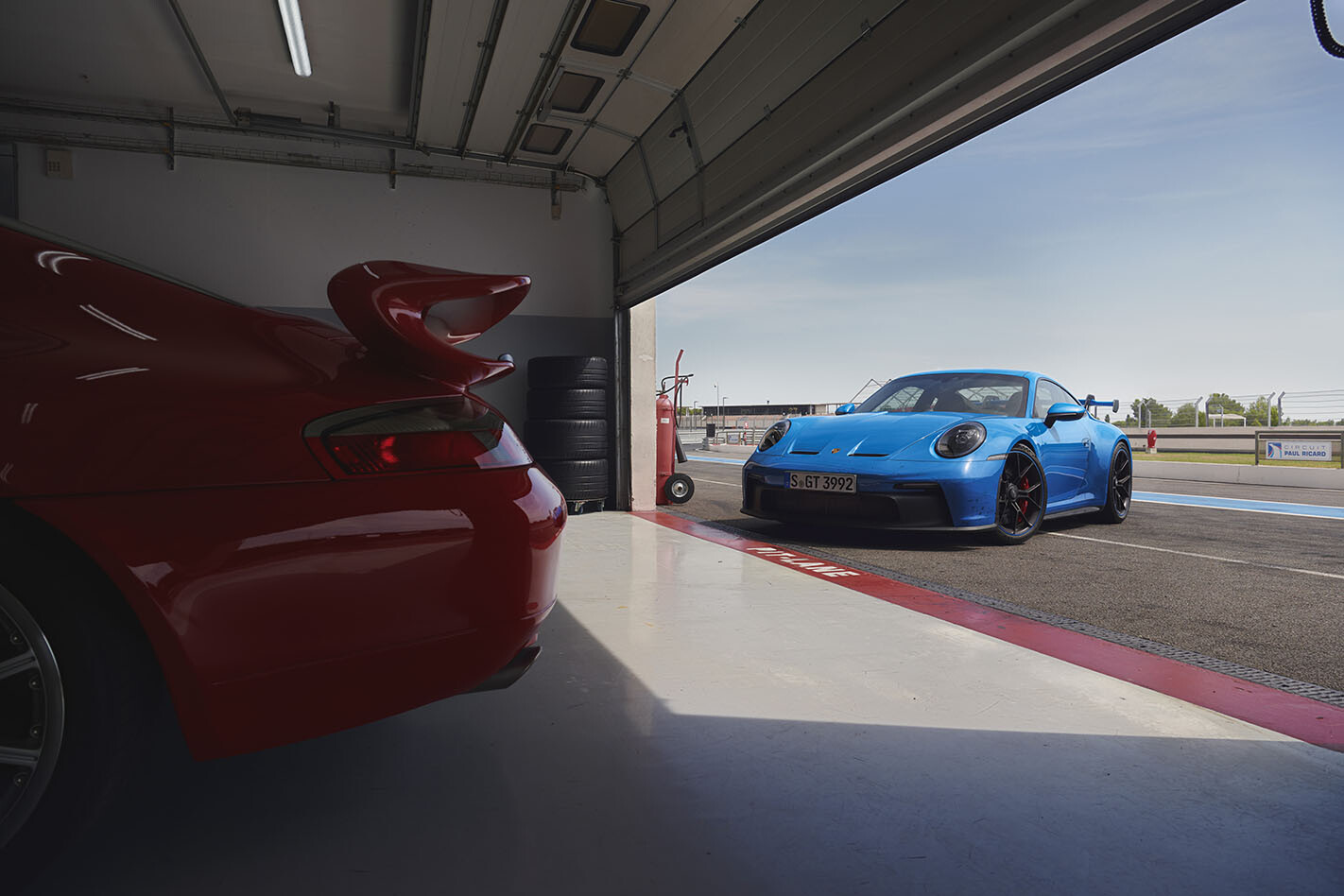 NOW READ The true story behind the Nurburgring's most famous record