Top secret testing of i30 N shifts to Australia, confirming the importance of the local market to Hyundai’s fastest car

THE Hyundai i30 N hot hatch has been caught testing in Australia at least six months before it goes on sale as a rival to the Volkswagen Golf GTI.

Based on the soon-to-arrive third generation i30, codenamed PD, the top secret development mule was snapped by an eagle-eyed Wheels reader, who sprung it on public roads north of Sydney. 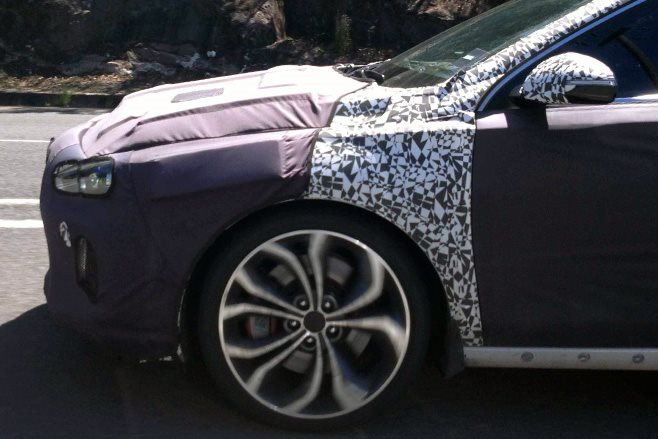 Its proximity to a private test track sparked speculation within the Wheels office that it may be undergoing last-minute hot weather testing in Australia before being unleashed on a global market where it has built high expectations of shaking the hot hatch establishment.

New Hyundai i30 N prototype to tackle the Nurburgring

The i30 N development car was heavily camouflaged, but the disguise had been carefully cut around the air intakes on the nose, yet another suggestion this car was undergoing heat testing in the Australian summer. 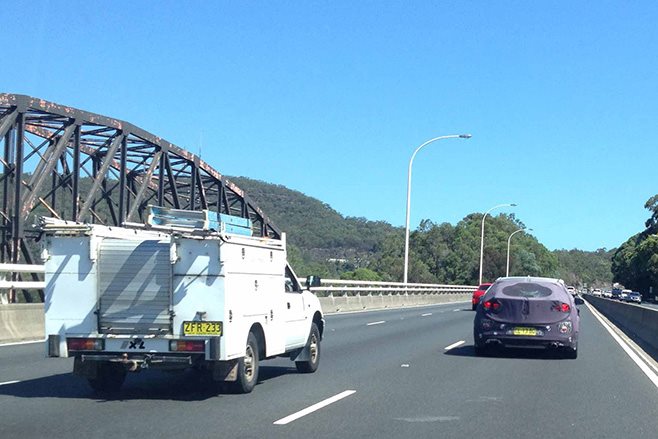 Large brakes with red calipers wearing a distinctive "N", and twin exhausts are further giveaways that the development PD i30 is not a garden variety runabout.

It’s also riding on large wheels – our guess is 19-inch – with suitably low-profile rubber; previous reports have suggested it will run on Pirelli P Zero tyres.

However, the body of the test mule looks identical to that of the regular i30, right down to the front bumper with its almost vertical LED running lights under the main multi-beam headlights. 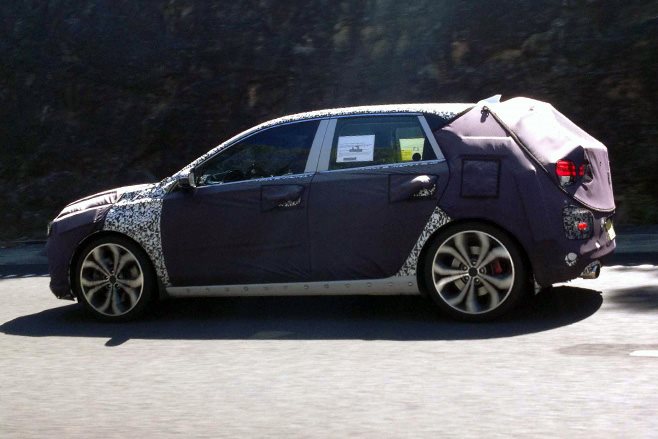 The wheel arches look nicely flared, although closer comparison with a mainstream i30 PD suggests there are no differences.

Overseas spy shots of the i30 N have featured a unique front bumper with a broader lower air intake to feed the front-mounted intercooler that sends cooler air to the turbo.

The i30 N will be offered in at least two guises, each with a 2.0-litre four-cylinder turbo, mimicking the strategy of the Golf GTI.

The base car, with 184 kW of power, will be more road-focused, while the hero car, the Performance Package, will get 202kW and have more of a track focus.

There will be a six-speed manual and, in 2019, a new eight-speed dual-clutch automatic.

The i30 N Performance will also get a limited slip differential, helping get the power to the bitumen through the front wheels with minimal fuss.

Hyundai was remaining tight-lipped on the development i30, although a spokesman said:  “We have a constant flow of hot weather evaluation cars coming through the Australian headquarters but I can’t go into specifics about particular vehicles.”

The local existence of the heavily disguised left-hand-drive development car confirms Australia will be a crucial market for what is gearing up to be the fastest, most focused Hyundai ever produced.

The i30 is already hugely important to Hyundai – it’s the second best-selling passenger car on the market and makes up more than a quarter of i30 sales globally – and the i30 N has the potential to boost interest in the model and the marque.