In an interview with The Wall Street Journal, Red Bull’s master of design, Adrian Newey, let slip some of the details surrounding the AM-RB001’s performance. And they’re astonishing. 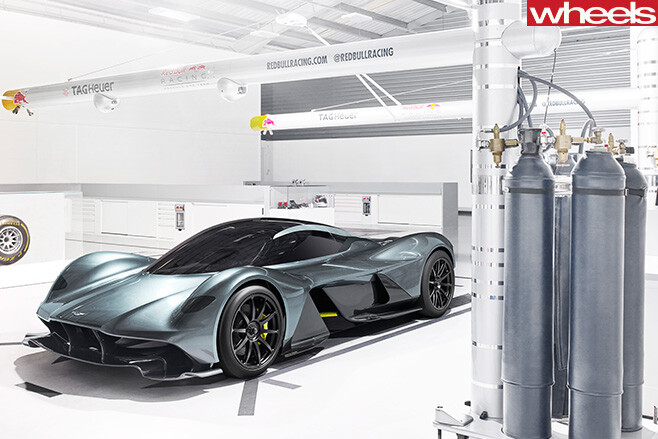 By the sounds of it, the 001 has more in common with a Formula One racecar than it does any other production vehicle ever made. 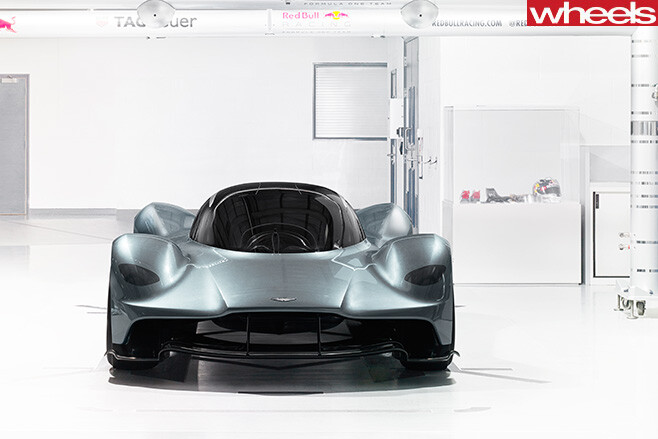 Newey stated the track version of the hypercar (that is limited to just 25 units) will reach 200mph (320km/h) from rest, in roughly 10 seconds, and that thanks to what we can only assume are gargantuan brakes, will decelerate back to a standstill in half that time. 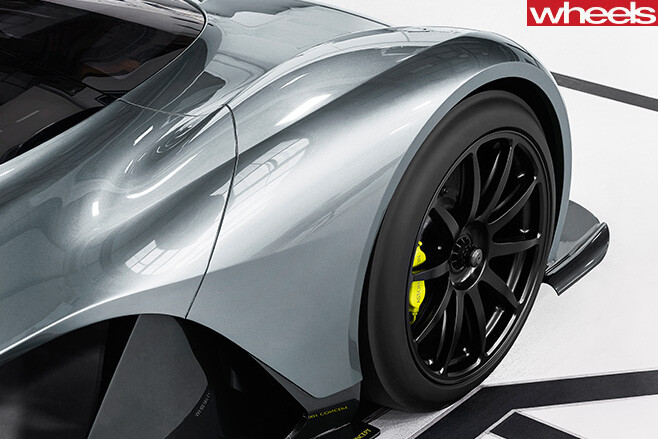 That means the AM-RB 001 will be capable of going from 0-320km/h, and back to 0, in 15 seconds. Hell, you could give Usain Bolt – the fastest man on earth – a three second lead for a 200-metre dash, and you could perform the incredible feat before he crosses the line.

Not even fully fledged GT3 racecars have a hope of getting close to that kind of performance. 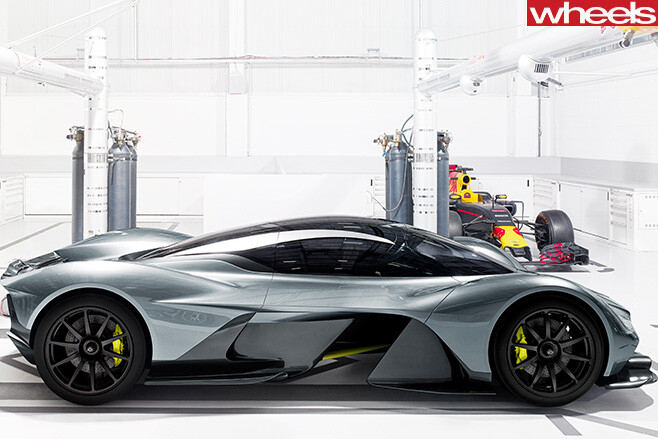 Acceleration and deceleration isn’t going to be the AM-RB 001’s only party trick, with Newey giving insight to the kind of downforce we will see from the car. 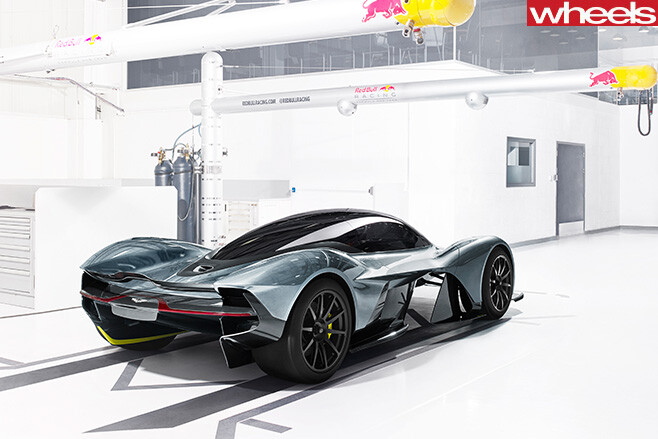 The cavernous space underneath the body is likely to be aided by what could be some rather large wings, providing a dual ground effects and aerodynamic attack that will glue the car to the ground.

The ‘unofficial’ estimate is a mind-boggling 1814kg of downforce at speed. Cliched "able to drive upside down" factoid aside, this kind of downforce will allow the AM-RB 001 to record up to four degrees of lateral G-force. Copse curve at Silverstone is the highest load corner of the Formula One season, and those cars achieve in the realm of 5.0G through that turn. However, they are the pinnacle of open-wheel motorsport engineering, not a production vehicle with a roof. 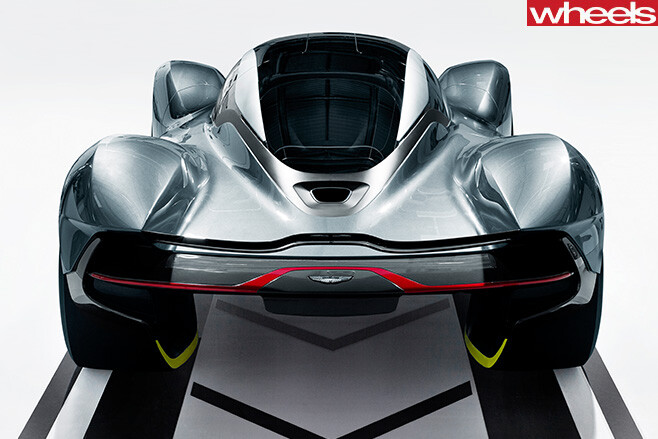 To put it into perspective, at 4.0G, the driver’s helmet would be a 45kg weight trying to detach thier head from their shoulders.

Oh, and to put that 1814kg of downforce into context, the already bonkers P1 GTR only generates 660kg.