ALFA Romeo’s all-new Giulia, revealed in Milan on 24 June, is more than just a car. The four-door sedan is also the first step in a grand plan that, if successful, will revitalise the Italian brand.

This is one of the biggest plays the car industry will see in 2015.

The Giulia’s task is to take on the Audi A4, BMW 3 Series and Mercedes-Benz C-Class, as both a sedan and a wagon. It will be joined by other models to compete with Audi, BMW and Mercedes-Benz. 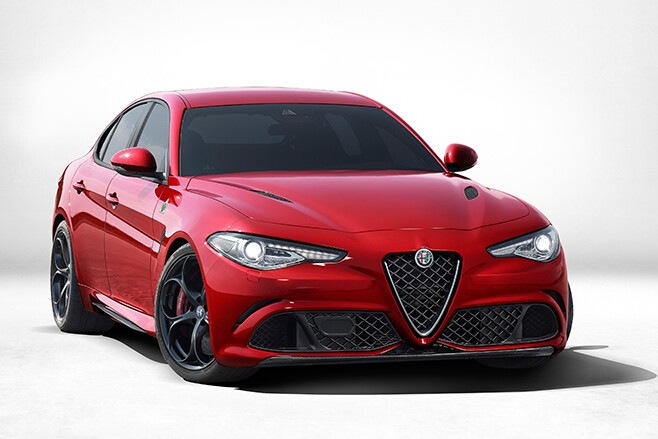 First in line after the Giulia will be a compact premium SUV to compete with the Q5, X3 and Mercedes’ brand-new GLC. It’s scheduled to appear in 2016. A large sedan and SUV will follow, along with a pair of replacements for the current front-drive Giulietta hatchback, plus a halo model, probably a sporty coupe.

Much of the investment in Alfa’s renaissance has gone into to compete with the big three German premium brands.

First in line after the Giulia will be a compact premium SUV to compete with the Q5, X3 and Mercedes’ brand-new GLC. It’s scheduled to appear in 2016. A large sedan and SUV (in late 2016) will follow, along with a pair of replacements for the current front-drive Giulietta hatch, plus a halo model, probably a sporty coupe.

Much of the investment in Alfa’s renaissance has gone into the development of an all-new
rear/all-wheel-drive platform in a skunk works specially set up far from the company’s Turin nerve centre. From 2012, hundreds of engineers were hired to work in an anonymous compound in Modena, the home town of Maserati and only a short drive north of Maranello.

Philippe Krieff headed the development team. The French-born engineer started his career with Michelin, moved to Fiat’s chassis and dynamics department in the late 1990s and was made Ferrari’s vehicle development chief in early 2012.

Shortened Maserati Ghiblis were used as development mules for Alfa’s new architecture, and were repeatedly snapped by spy shooters. Yet the Giulia’s shape was kept secret until just hours before its official reveal. 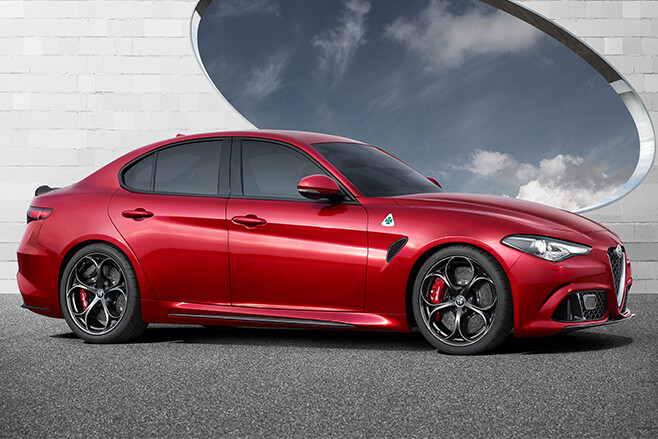 The introduction of the Giulia should bring to an end more than 30 years of mismanagement of the brand. Fiat acquired control of Alfa Romeo in 1987 and immediately began a convergence program with architectures and powertrains, resulting in lacklustre cars like the Fiat Tipo-based Alfa 155. But things had been going wrong even before this. In 1984 the Nissan Pulsar-based Alfa Arna marked the absolute low point in the company’s history.

“The first and foremost most important thing talking about brands is to respect it,” Alfa Romeo CEO Harald Wester told Wheels weeks before the Giulia unveiling. “Don’t mix it all up and combine everything with everything. The Italians love to do this, and they call it minestrone.”

The German-born engineer, who is also the boss of Maserati, understands Alfa’s heritage and has a clear vision of how to translate it into competitive cars: “Alfa Romeo is even older than Maserati. But it’s a different type of product, it’s a different type of customer. It’s very sporty. Alfa Romeo was always known to be most advanced. It won the races. It was the foundation of Ferrari.”

That Alfa aims to stake a claim to sporting supremacy with its new model family was clearly signalled by the car revealed in Milan. The Giulia on centre stage was Quadrifoglio Verde spec. Its claimed 0-100km/h time of 3.9sec, if realistic, puts it in truly elite company.

Only skimpy tech details of the Giulia QV were released at the event. It will have a 380kW twin-turbo V6 and, judging by the red-hot acceleration, all-wheel drive. The engine is likely related to the 3.0-litre V6 made by Ferrari for the Ghibli and Quattroporte. Italian sources suggest the Alfa unit will be of smaller capacity.

Alfa will also use less powerful versions of the new V6 in other Giulias. Below the low-output (300kW) versions of the V6, Alfa will use a new direct-injection 2.0-litre turbo four with up to 250kW. “This high-tech project is an integral part of our bet on Alfa Romeo,” Sergio Marchionne said last April announcing a $750m engine development investment.

While the QV is a tech-packed showcase, the basics it will share with lesser Giulia models are even more important. The Giulia will have the longest wheelbase in the segment, a stiffer body and a more aerodynamic shape. Such details point to this being a deadly serious shot at bringing Alfa back from the brink.

Giulia production begins in Italy in December, with the first cars reaching European showrooms by mid-2016. Right-hook production starts in late 2016, with FCA Australia pushing to get cars here before 2017.

“The Giulia is an absolute game-changer, and I can’t wait to bring it to Australia,” local FCA boss Pat Dougherty told Wheels. “We’ll do everything we can to get it here as quickly as possible.”

Our first drive of the new Giulia will prove whether Alfa’s product is capable of supporting its plan. But one thing is clear: Failure isn’t an option. It’s now or never.

Runs on the board

Don't laugh at Alfa Romeo’s plan for rapid, product-driven growth. There’s sure to be scepticism about the brand’s ability to achieve its targets, but Fiat-Chrysler has done it before. Many doubted FCA-owned Maserati would be able to jump from 6000 sales a year in 2012 to 50,000 by 2015, but last year the Trident brand racked up a tally of about 36,500. Maserati is run by the same executive as Alfa Romeo, Harald Wester (pictured, left). Now, no one smirks when the German talks of Maserati selling more than 70,000 cars in 2018. Can he work the same magic with Alfa?

Guilia versus the Germans

The Quadrifoglio Verde version of the Giulia, denoted by the four-leaf clover on its front guards, has the mettle to play with the big boys – on paper at least. Its 380kW shades the BMW M3’s 317kW, and pips the more potent ‘S’ version of the Mercedes-AMG C63 sold here with 375kW. The all-wheel drive Alfa’s 3.9sec 0-100km/h claim also beats the BMW (4.1sec) and AMG (4.0sec), both of which are rear-drive.